Vaulx/Chimay. It isn’t the first time that we have to drive direction this Hainut village. Last year this combination already won 1st national Gueret against 7,175b (fastest against 39,602b). And what about their results in 2019? 1st National Champion KBDB middle distance old + yearlings, 3rd National Ace bird KBDB middle distance old, 3rd National Ace bird KBDB Short distance! Superior if you would ask us!

To be clear. They race under the name Poussart Olivier but in fact we have to mention in the same bred his son Justin and Paul Santens (St. Martens-Latem). Olivier explains “Via my brother Daniel I got into contact with Paul Santens from St. Martens Latem. It hit off right away between us and Paul gave me a round of youngsters to race with. These raced like hell. Paul saw that it was good and in the meantime Paul also brought all his breeders to Vaulx. Paul is also the guy who looks out for reinforcement. This is how they invested successfully in pigeons from Hok Bommerez and Vervloesem.
The racing team exists yearly out of about 30 cocks and 30 hens. They are all being raced on the classic widowhood system with home staying partners. The widowers are being coupled at the same time as the breeders in Winter and the eggs from the breeders are being placed under the widowers. This is how we have a second round of the breeders sooner. The ladies can rest until March. Then they are being coupled to start the season after 4 days on widowhood.
We give all our trust to the Beyers Galaxy mixtures. This is during the year Light, Sport , Energy and moulting. We only add the last 2 – 3 days a big portion of candy seeds and peanuts. We work especially on a fast recuperation after the race and use therefor especially the Schroeder Tollisan products. The last feedings happen before basketing and we rather don’t give anything over the food then so they will eat enough. In a medical way we visit Vincent Schroeder once a year and cure every fortnight short with Tricho Green and every month we give them something on an individual base something against coccidiosis. We try to give as less as possible something against the airways, only when the results aren’t good enough. In a matter of vaccinations we don’t leave anything to the coincidence and we give in Autumn a cure + vaccination against paratyphoid and in Spring paramyxo, herpes and small pocks to all the racing pigeons.

The national winner got the name “Patrick”. “Patrick” (B20-2020332) and is of the average type and a guy with a special character. His box is sacred and all who dares to get into it get some ‘slacks’ in the face. Also the hand from bosses Olivier and Justin are being attacked when they come to near in the neighbourhood.
“Patrick” came from Tulle as an arrow out of a bow. Directly out of the right direction, not a second lost. ‘In fact I should have known that his was in good condition’ tells Olivier ‘as the entire week he was having a laugh with me by not wanting to come in after the daily training. I really cursed at him as this way he stopped the others to train as well. But now that he wins nationally, all is forgiven.”
As we all know this champions colony lives all in the front of the country. The difference in a matter of distance with Oud-Turnhout is 150km or in other words, waiting in suspense during 2 hours to see if no other pigeons will come ahead. And on Tulle this wasn’t the case.

Note this down well…we didn’t see the last stunt of the Poussaert pigeons yet as with hen “B20-1104528” there is a small miracle flying around in Vaulx. For the Ace bird competition greater middle distance with 4 races the coefficient is on 0.3670% ! Who is able to beat this ‘miracle on wings’?

Olivier, Justin and Paul…a lot of success from the entire Herbots team. 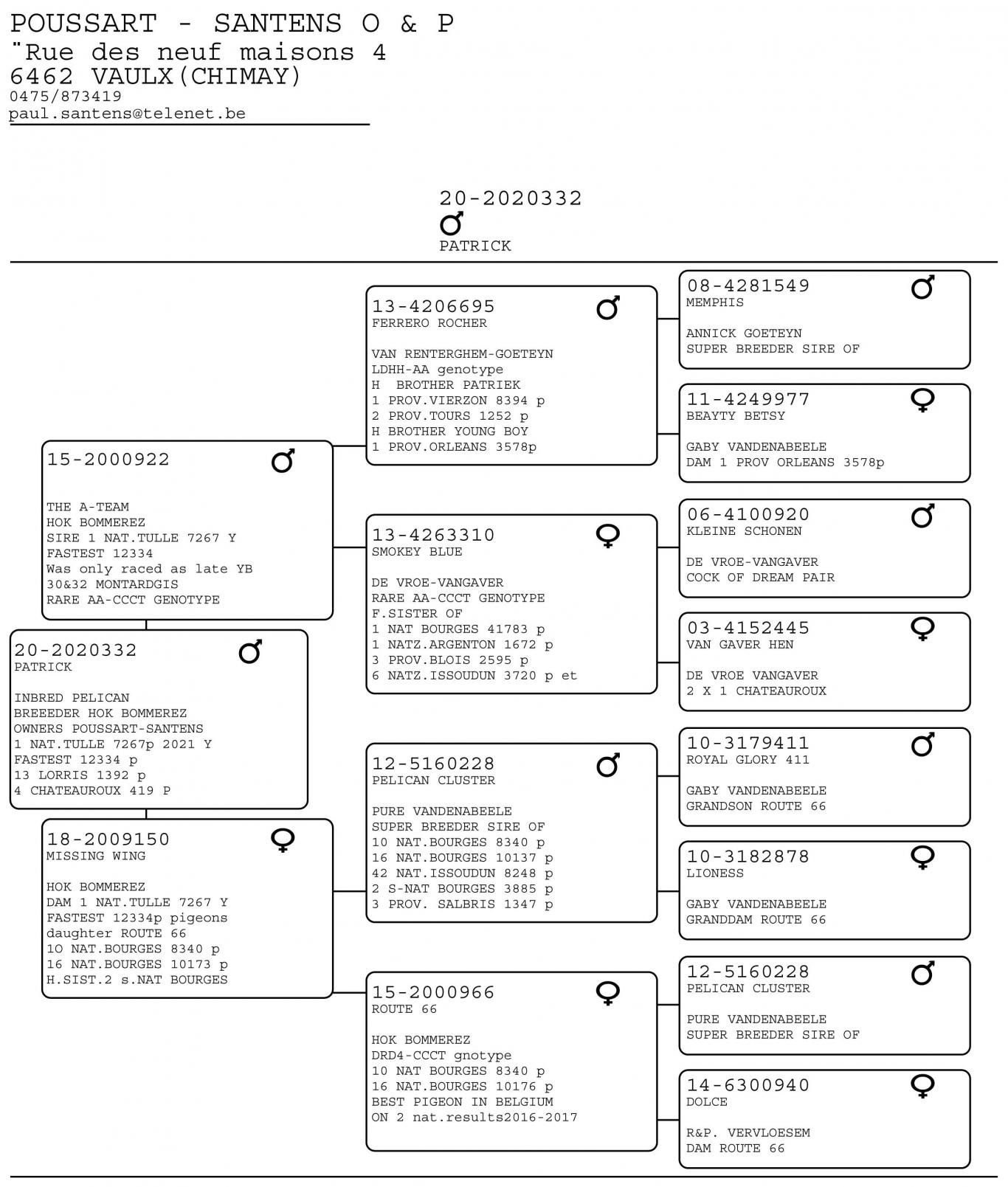