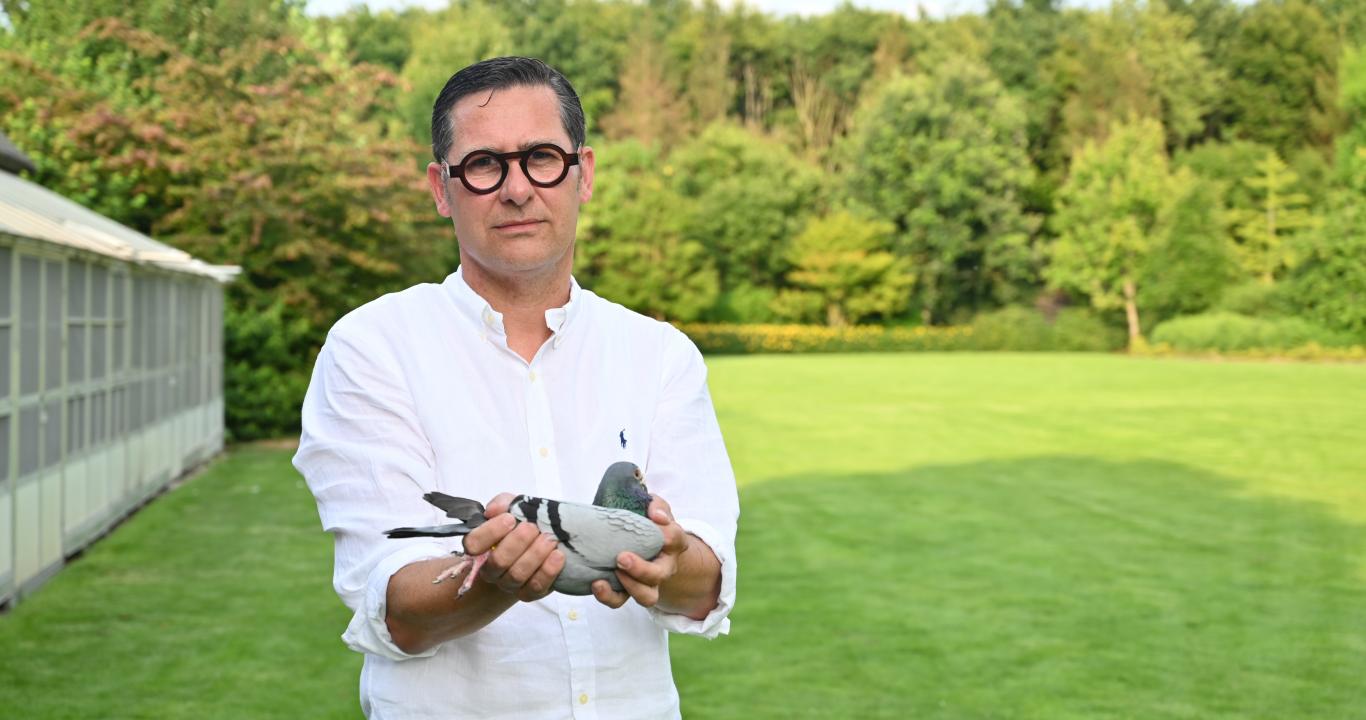 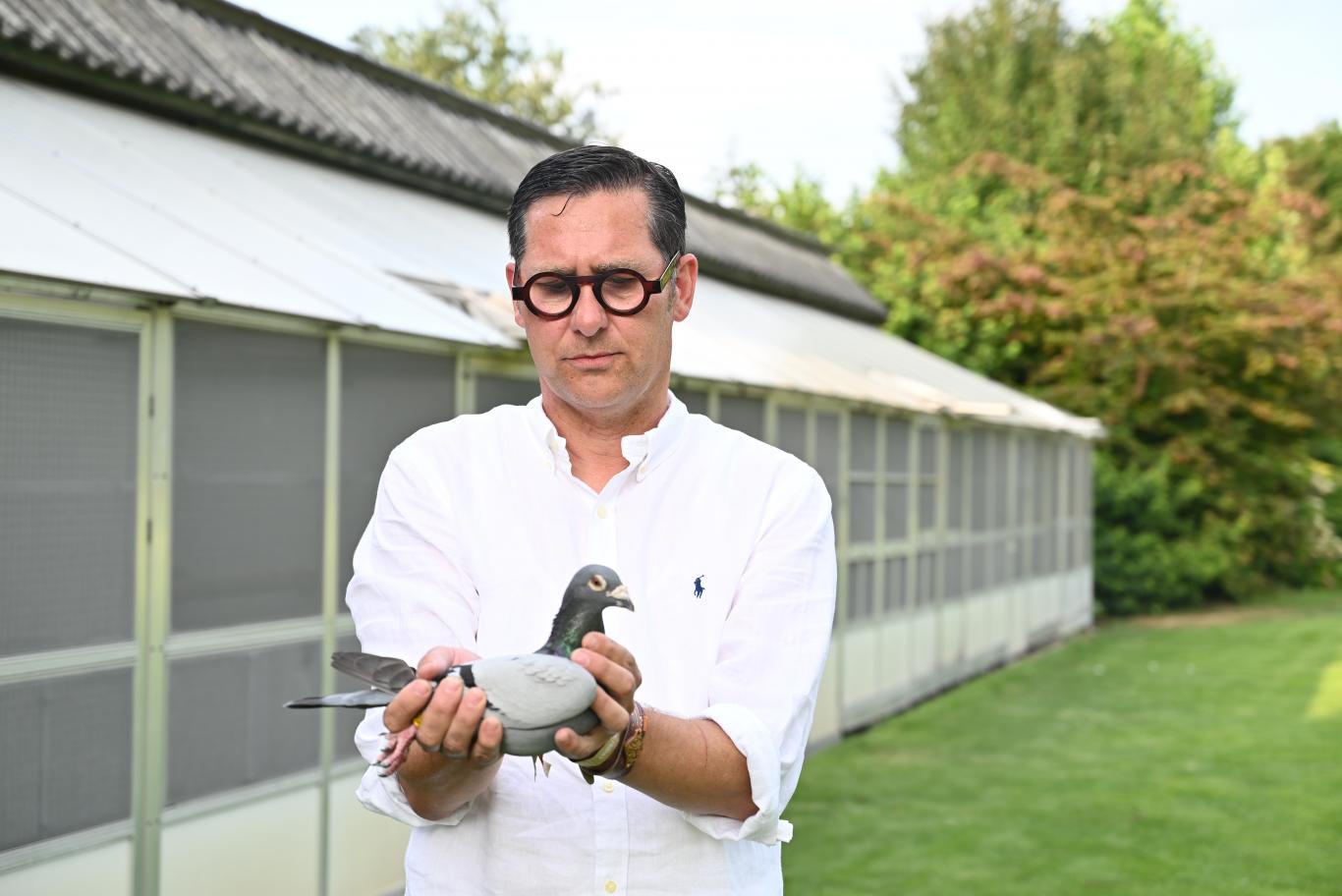 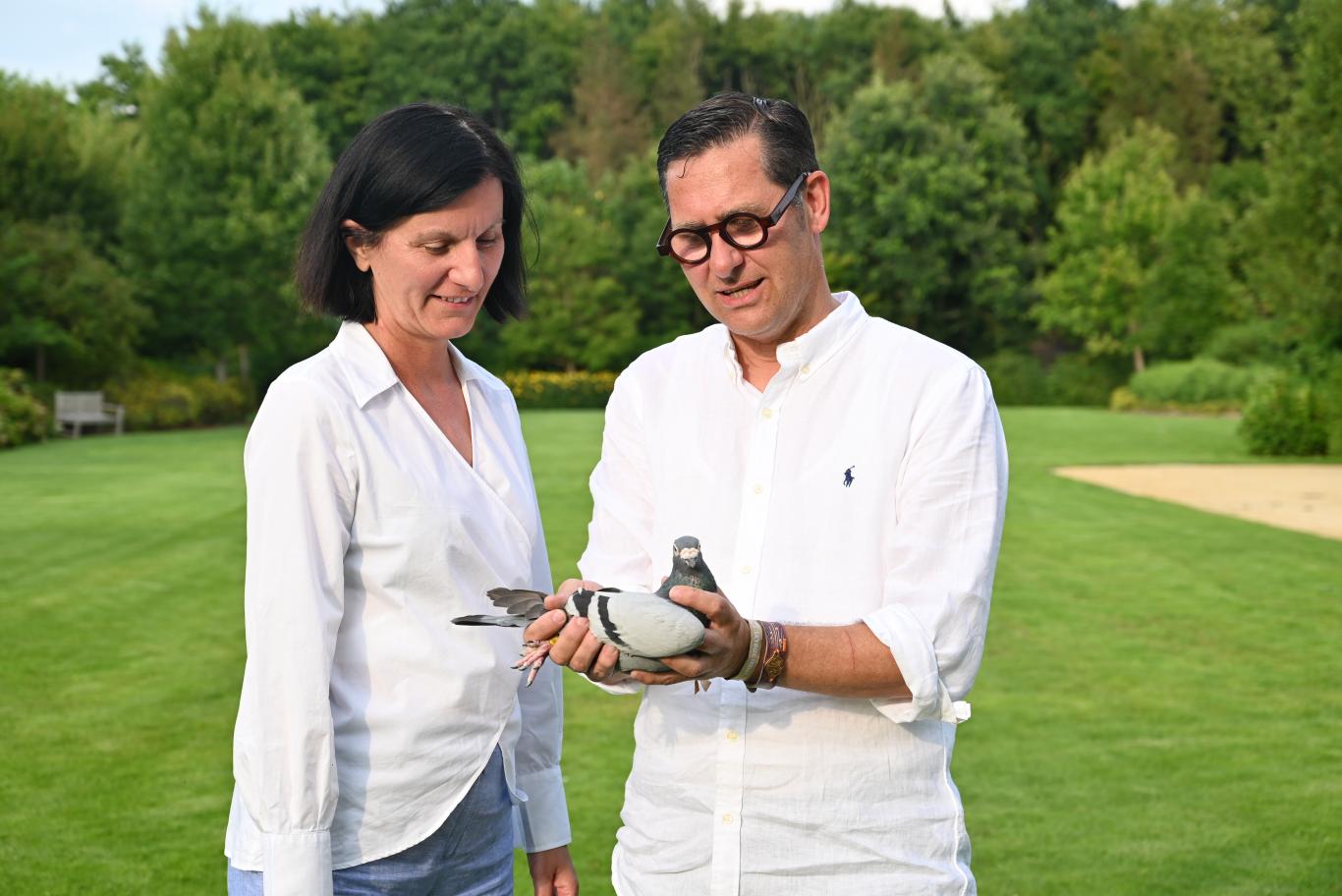 Dirk Deroose (52 years young) is CEO at the Willy Naessens group and pigeon racing is the perfect relaxation. However, his busy job does not give him the opportunity to fully concentrate on the pigeon sport and that is why he has the help of Marc Vanhautte (in the past himself very successful with a.o. a national victory and a 1st national championship KBDB on his list of honour) who takes care of the pigeons during the week. During the weekend Dirk takes over the tasks.

Dirk has built his strain on 3 breeding lines. Firstly there is "Piscou" (B06-4378467), a 100% Chris Hebberecht pigeon and father of 11 x Top-100 national winners including the 8th National ace long distance yearling 2016. Secondly there is breeding phenom "Andre". "Andre" (B07-4145554) was bought from Andre Van Herzeele and is the father of his 1st National Argenton yearlings 2010. "Andre" became father of 9 x Top-100 national and is also the father of "Marcel", the 1st National Chateauroux... so you read it correctly... "Andre" is father of 2 different national winners ! Thirdly there is "Klarisse" (B11-4234312), who won 1st National Bourges himself. Also successful are the pigeons from PEC (line "New Freddy" and "Porsche 911") and because there is also the ambition to race long distance, they invested in pigeons from Joost De Smeijter, Hugo Batenburg and Jan Loobuyck.

Dirk tells "The season started with a team of 88 widowers and 60 hens. Both groups are played on classical widowhood. Both groups are not paired during the winter period but can raise youngsters after the season.

As far as feed is concerned, the AIDA mixtures are on the menu. The by-products come from the Aida and Belgavet range.

On medical level, the "heads" were set free before the start of the season and during the season, vet Pascal Lannoo visits them every Monday. On his advice, treatment is given or not. Dirk: "If you ask me, an ideal loft ventilation can dribble out a lot of diseases and I found this when I was building aviaries for the lofts. The principle is a closed loft with only the front of the aviary open. There are no windows in the loft itself and ATX sheets provide the ideal humidity."

And then we arrive at the national winner Souillac. "Ferry Porsche" is a dream in the hand... not big in size... short in build but one lump of dynamite and an eye to dream about. Pure class! On his C.V. are already top performances such as 51st National Brive 4,238b. and 89th National Bourges 34,311b., so "Ferry Porsche" is certainly not a pansy. Also his litter brother knows faultlessly how to find the top of the result.

In the hand "Ferry Porsche" is an incredible wringer and therefore our question if he was specially motivated. "Not that we did anything special. Just like always, only the nestlings, no hens, are shown at the basketing.

And now both fanciers and pigeons are loading up for the last long distance races. As the formefee is clearly present on the lofts, there are some expectations for a good performance.

Congratulations again from the whole Herbots team and good luck the coming weeks. 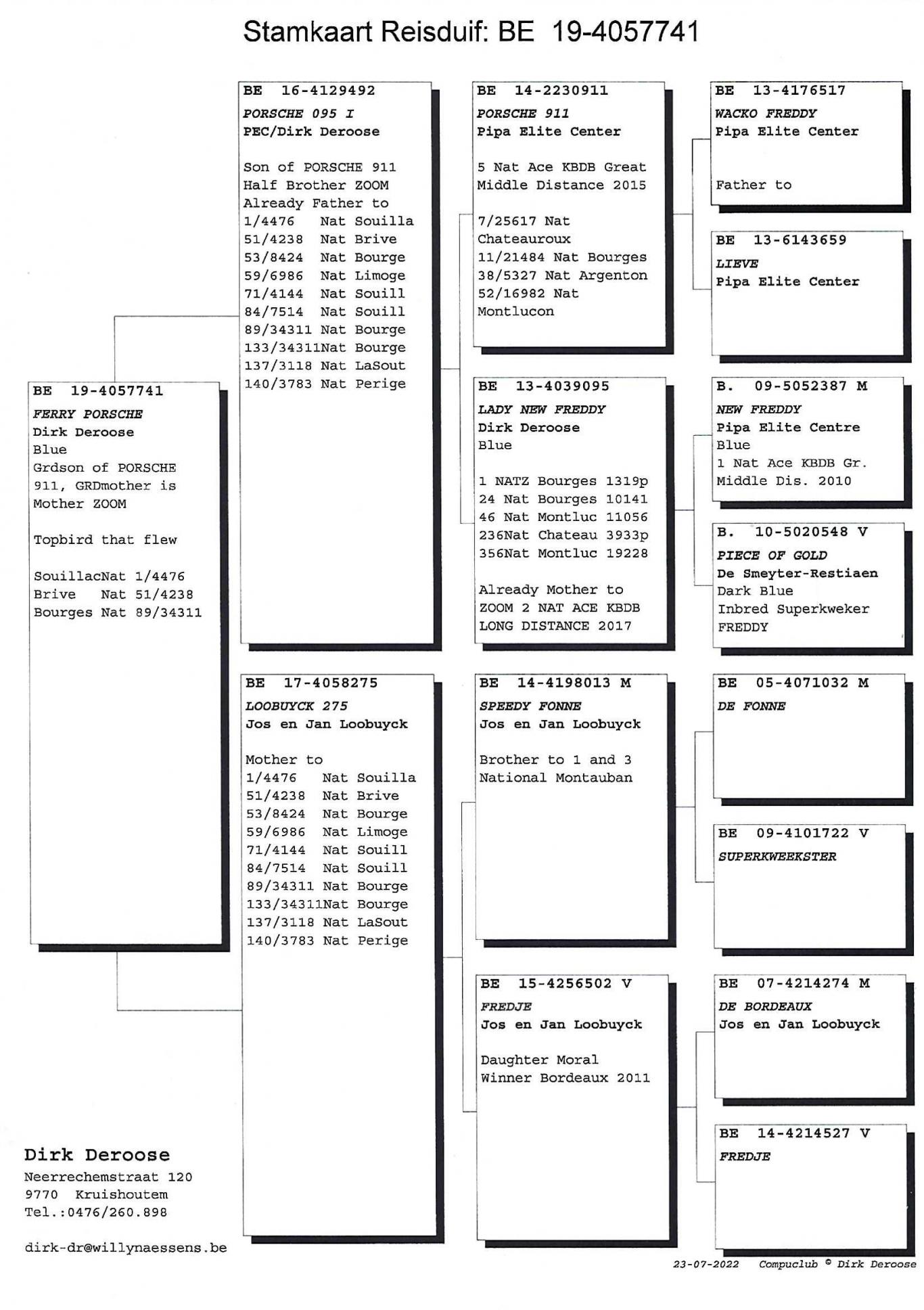