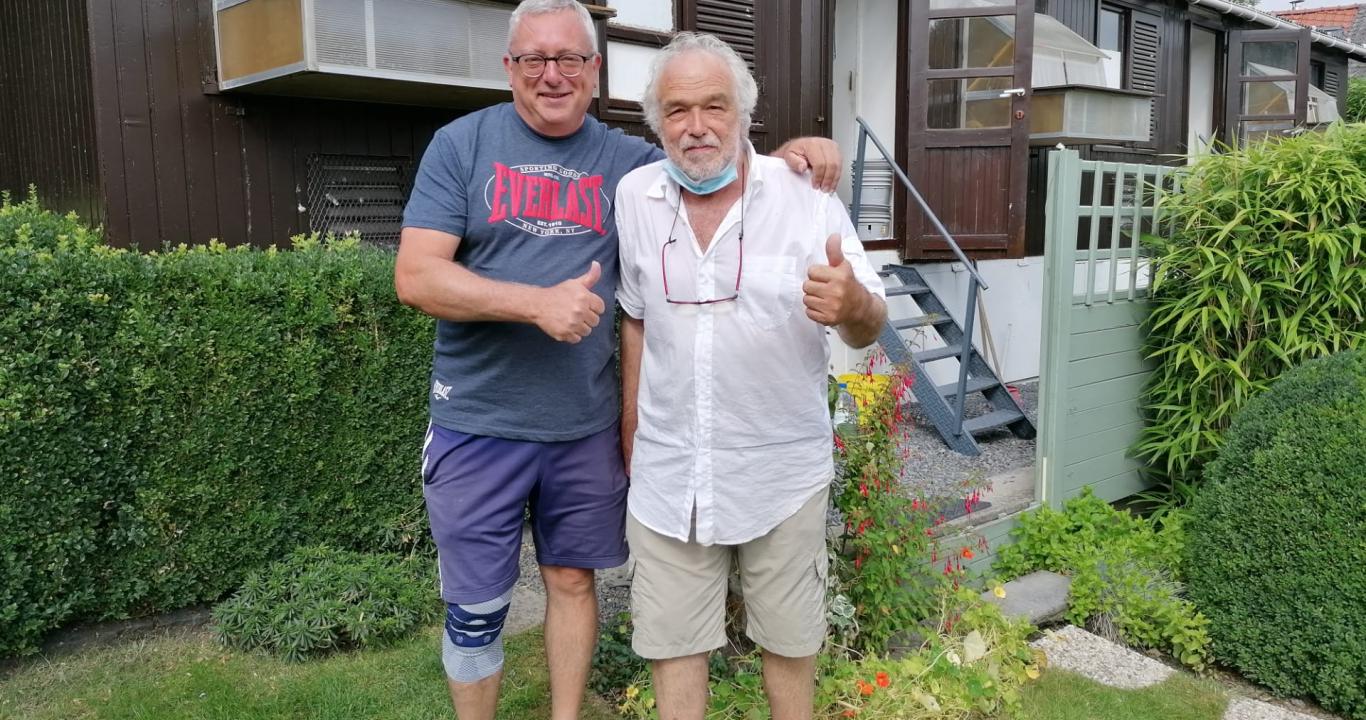 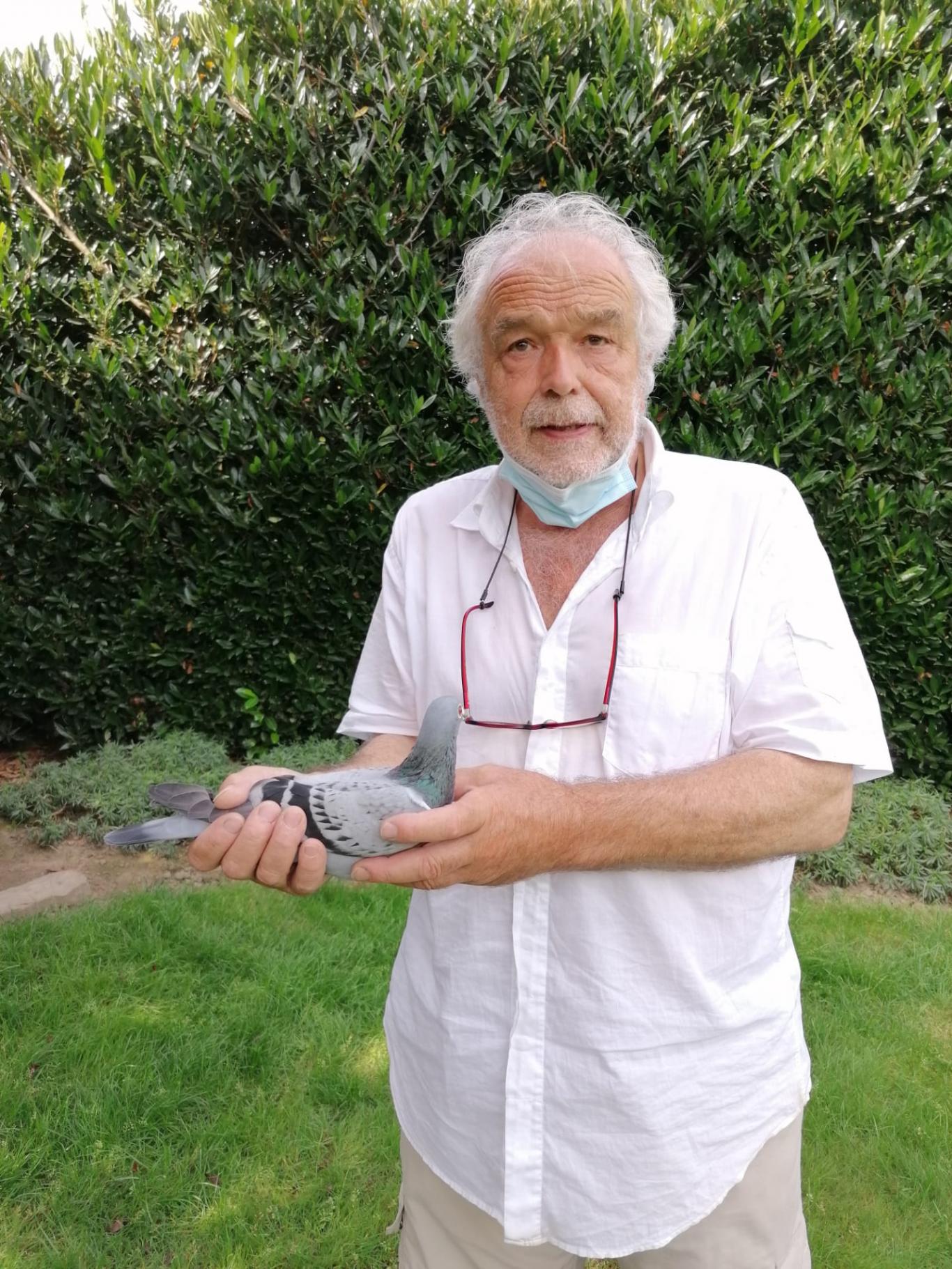 It is a very idyllic place, Bleharies, a quiet village in Henegouwen, just at the spot where the Schelde streams into Belgium. At the quay there is the home from Francis Sulmon and his wife. It is a really nice view to see the Schelde poor in at ease into Belgium, to see a few pleasure boats and during week days the cargo ships.

This is the place where Francis and his wife (both out of Etaimbourg) had a butchery during 53 years. A big part of their clients where boatmen. They had to dock for the customs control and made use of this opportunity to supply themselves. Francis talks about these ‘good times’ with a lot of melancholy. It was a good, loyal and fixed clientele, he says, and enjoys telling about this time of his live.

After that the customs disappeared the activity was built down and the age of retirement was approaching. Francis is 71 but still really vivid and busy when we go and visit him.

He is extremely proud about his national victory out of St. Vincent 2020 and the 1st International Hens. It was a real though race where the pigeons had to endure the entire ride with tropical temperatures and a changing wind. It was a race for pigeons in top condition and for the real class full ones.

The wind which was slightly Eastern, the provinces of West- and partly East-Flanders, had an advantage. It was clear that not so many pigeons could bridge the 800km at the same day.

A super hen as winner

It was a light chequered hen, small built, but soft as silk and very strong. She doesn’t have to carry too much weight to fly for hours, but how small she might be, she has a very strong mordant. She was born in 2014 and already has an amazing palmaris. A few of her top results :

Her origin is from the own old strain from Francis formed out of pigeons of his good friend and top long distance racer Yvon Deneufbourg, pigeons from Guy Vinois Ellezelles, the colony from Jean Declercq from Pottes and Willy Desplanque & Frederic.  All of them names with pigeons for the harder work.

The hens had a super result on St. Vincent, next to the 1st National wins Francis with his 2nd hen the 12th National. Also she is of the same type as the winning hen, silky soft and very well built.

He won on a national level 5 prizes out of the 7 pigeons and as icing on the cake the national victory.

Francis is a top fancier

From hear say it seems that Francis is an extremely good fancier who takes care of his pigeons in a very fine way and sees when a pigeon is racing ready or not..

Francis goes to the Mediterranean Sea a few times a year and the care of his pigeons are on those times fully in the hands of his friends, he is therefore very grateful for this help and support.

The pigeons are being coupled late (in March) and the aim is only the extreme long distance. All other races are in mission of the further races..

The season was started off with 16 hens and about 45 cocks. The pigeons from St. Vincent had as preparing races Vierzon, Bourges and a few days before basketing Francis brought them himself to Cambrai. So the came onto the start really rested out and this wasn’t a luxury on this very have race.

Since five years now, Francis never visited a vet anymore. He sees well enough whether they are healthy or not. They are being treated before the start of the season against trichomoniases and head problems and then he observes and evaluates to see whether he has to interfere during the season or not. The pigeons train twice a day (the nest pigeons 1x) and are being fed with Vanrobaeys long distance mixture. Once in a while a vitamin in the drinking pot but further than this no funny things. Keeping them healthy and then they have to be able to do it on the races, Francis didn’t find any other magic things to use. Nest pigeons come in form on a natural way, this is how nature works, says Francis..

A nice and justified winner on a very heavy race. A hidden long distance pearl with extremely good and beautiful pigeons. 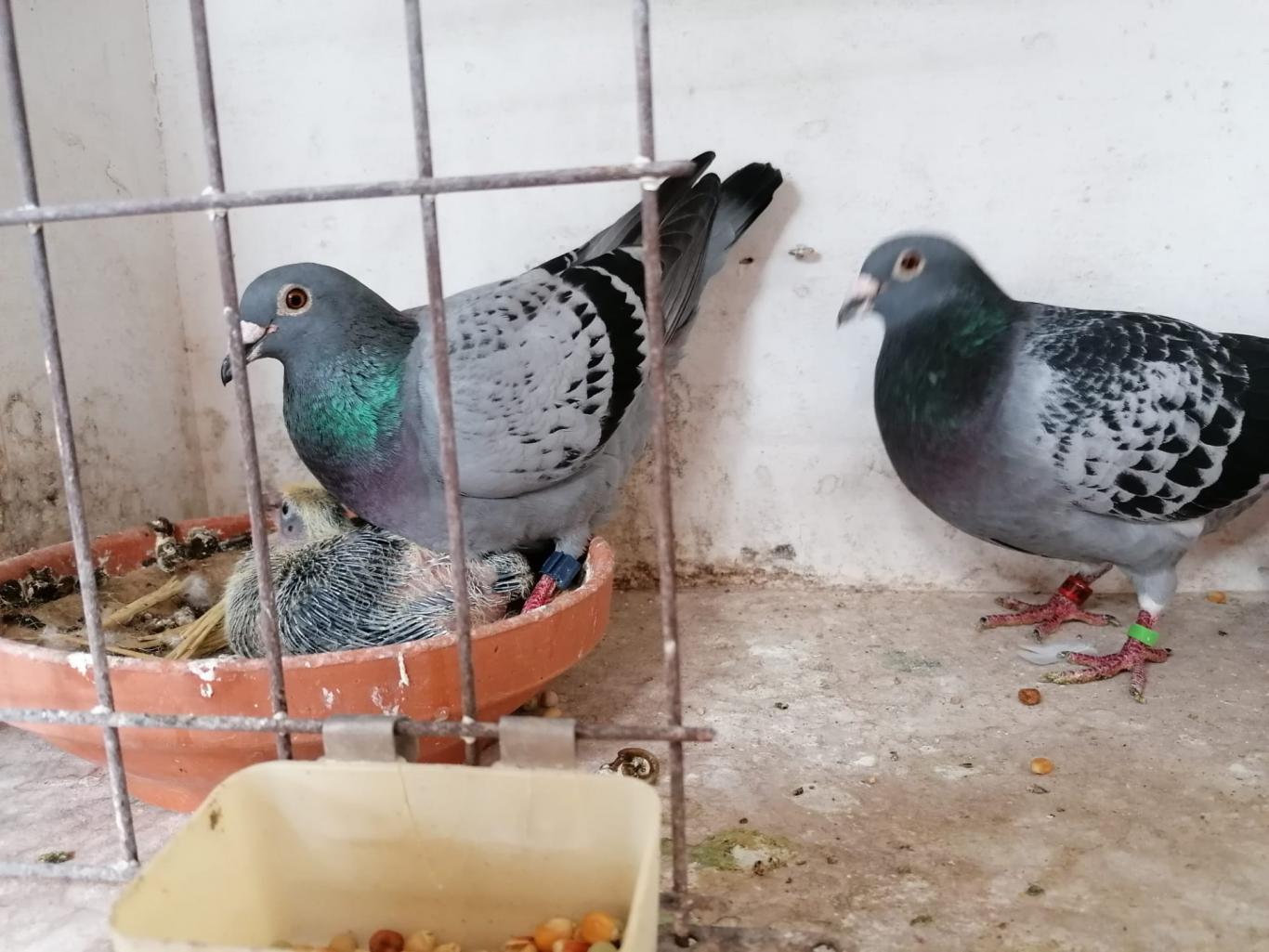 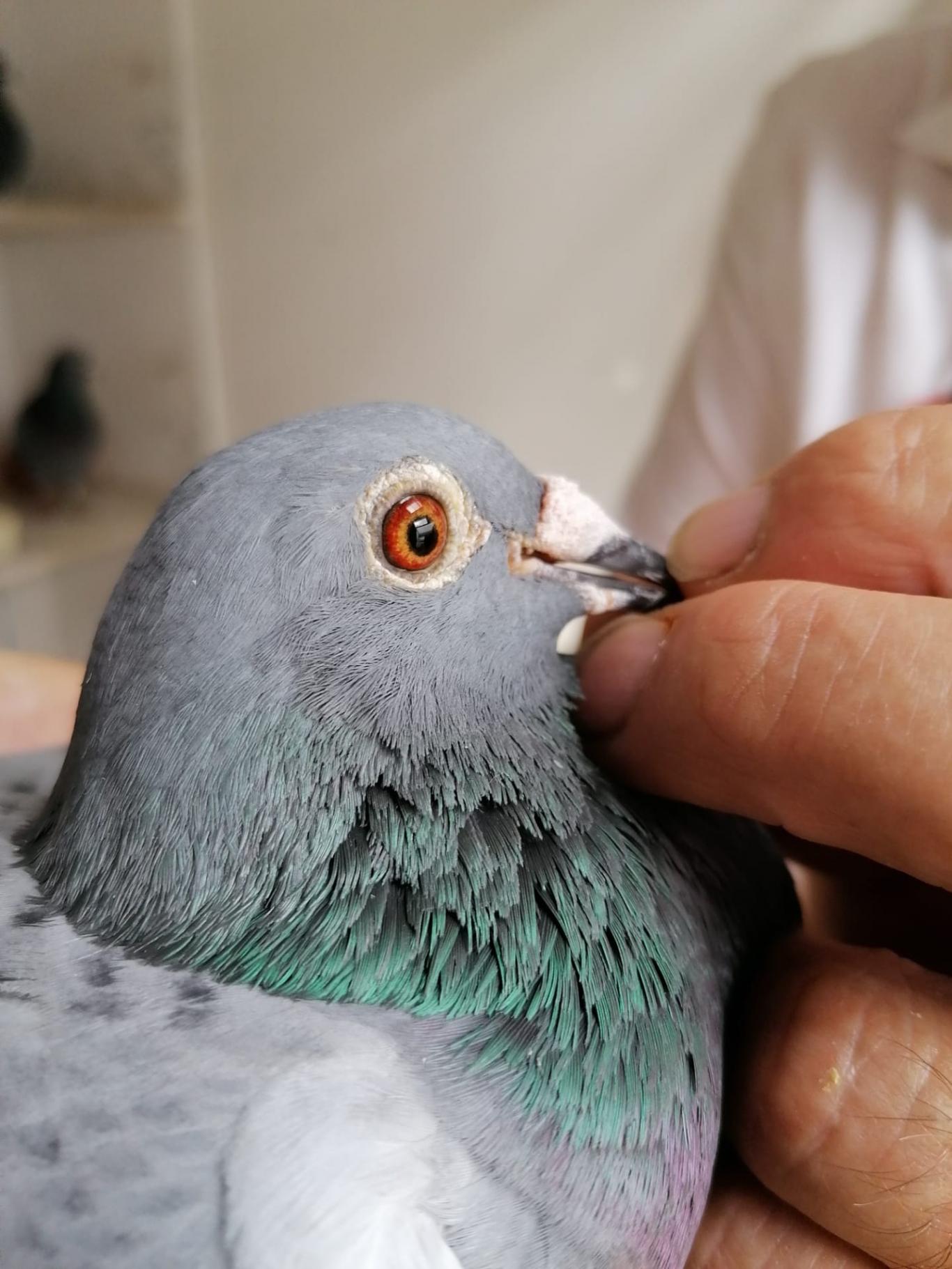 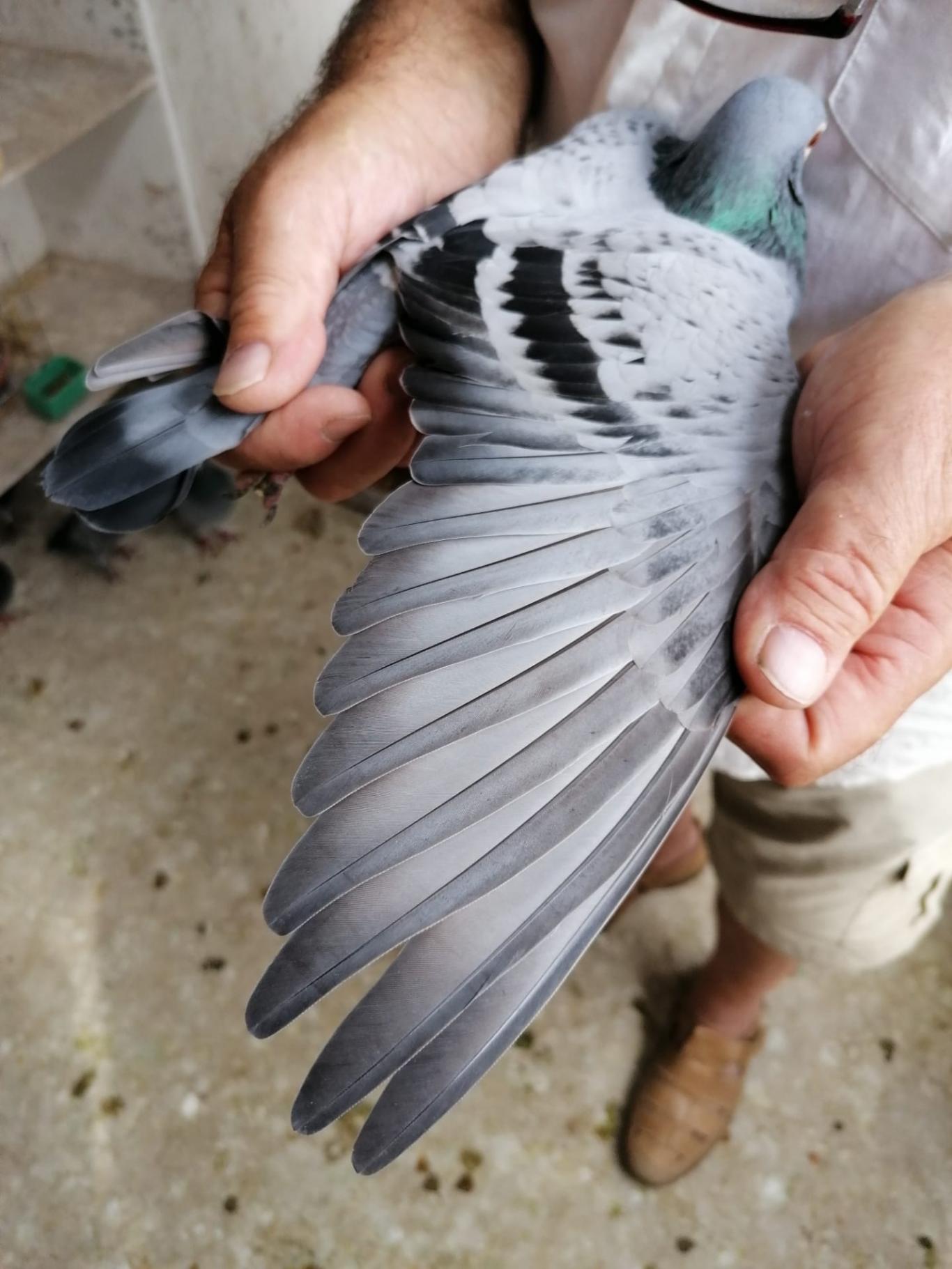 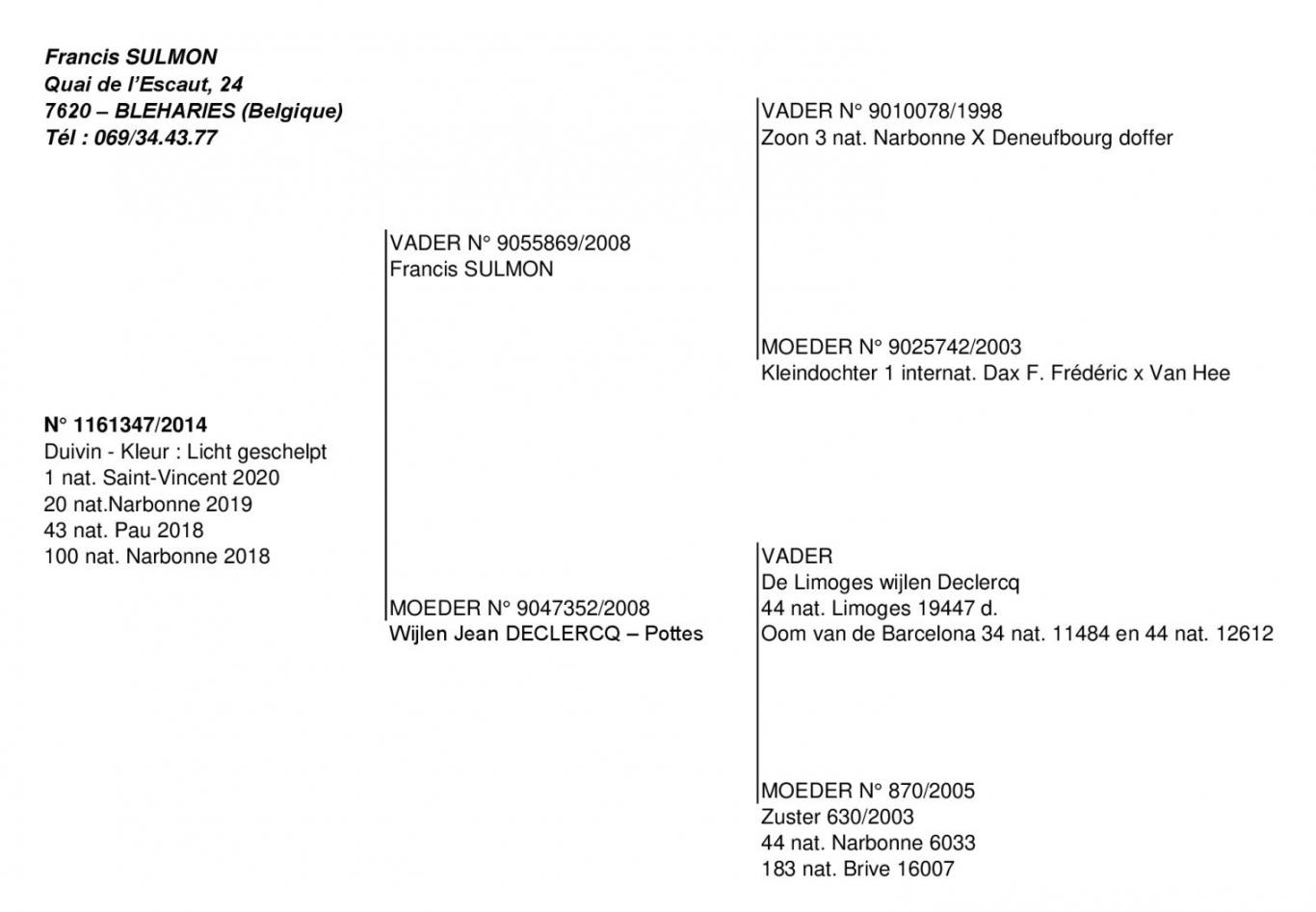 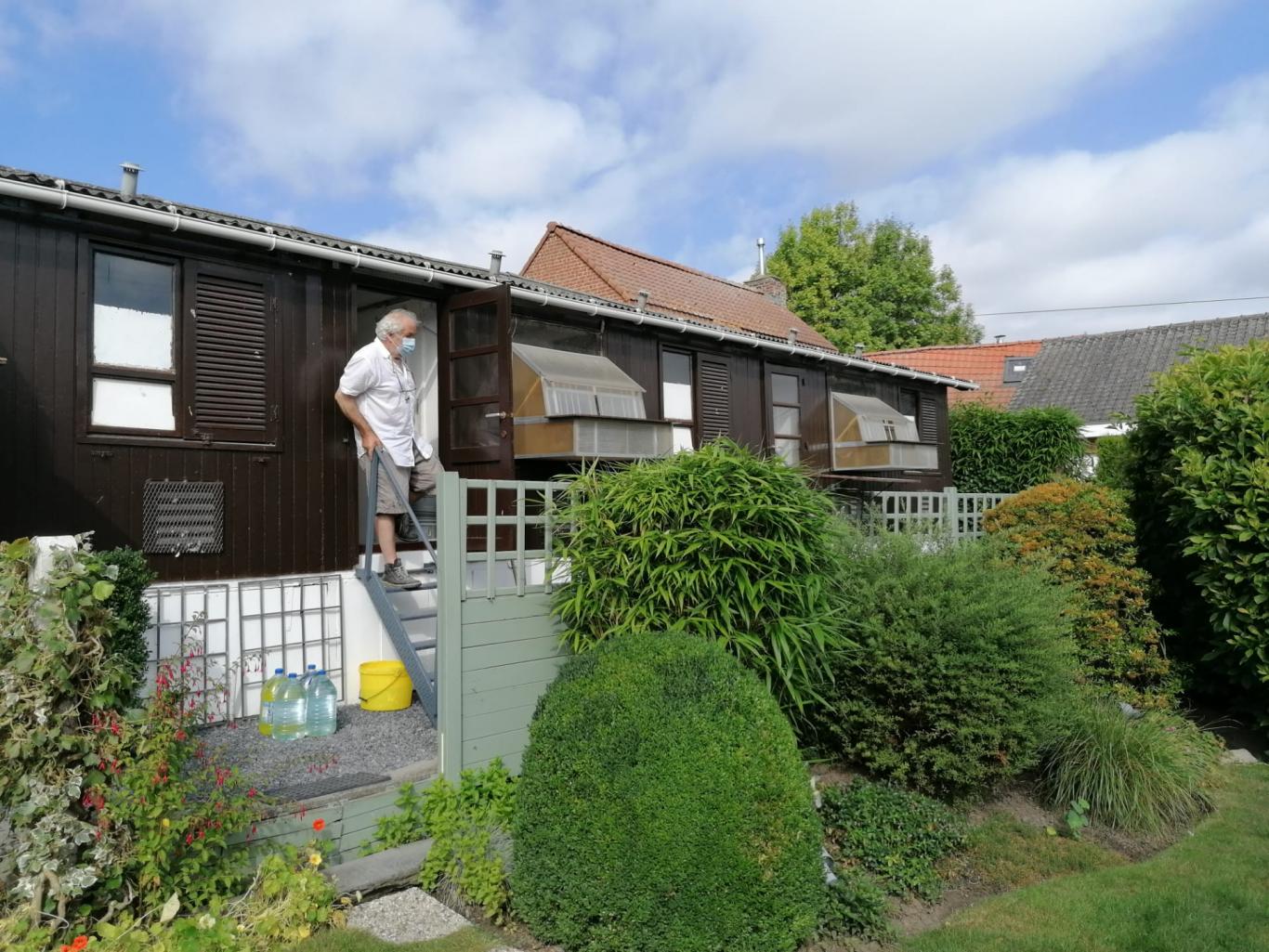 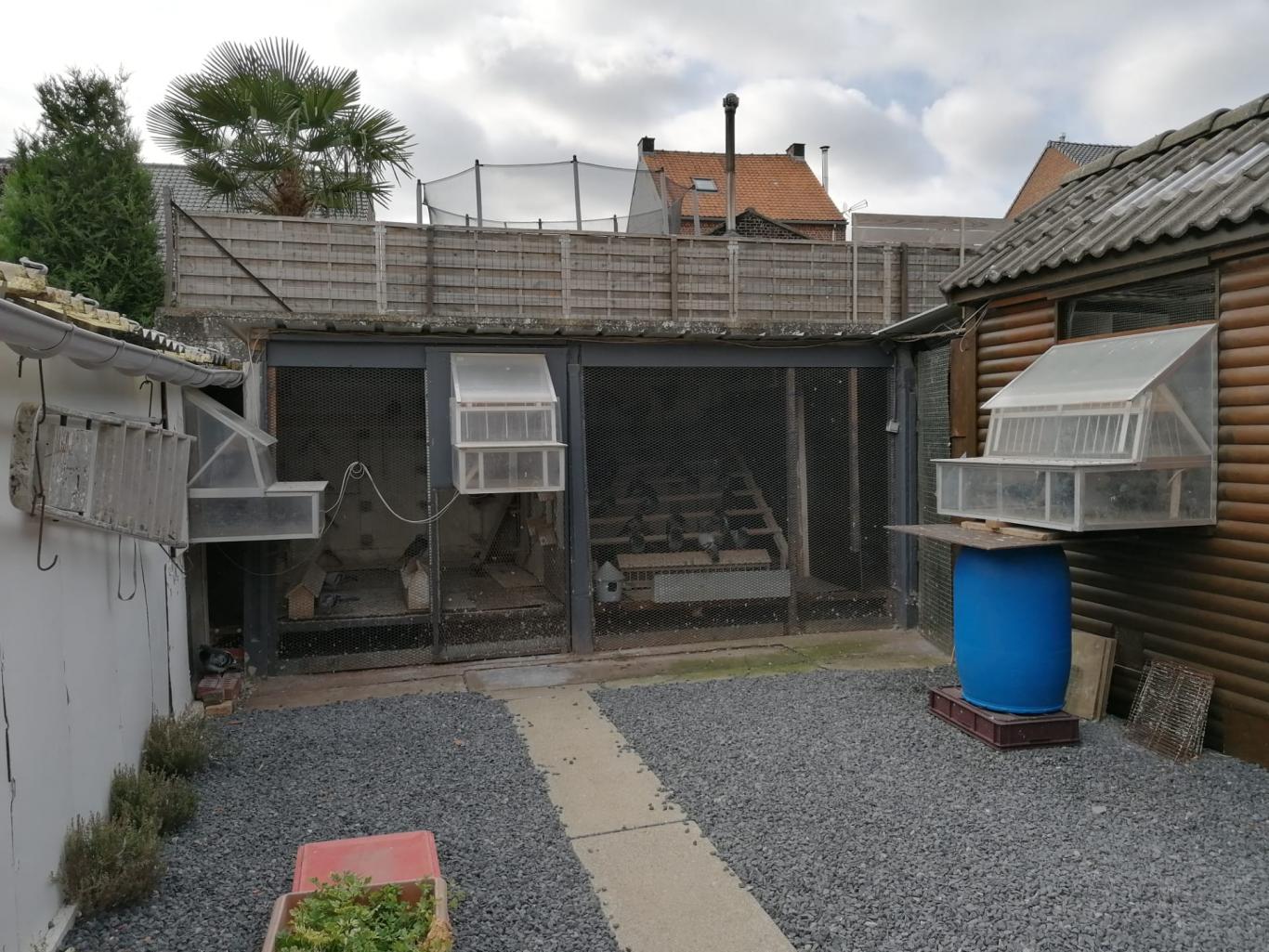 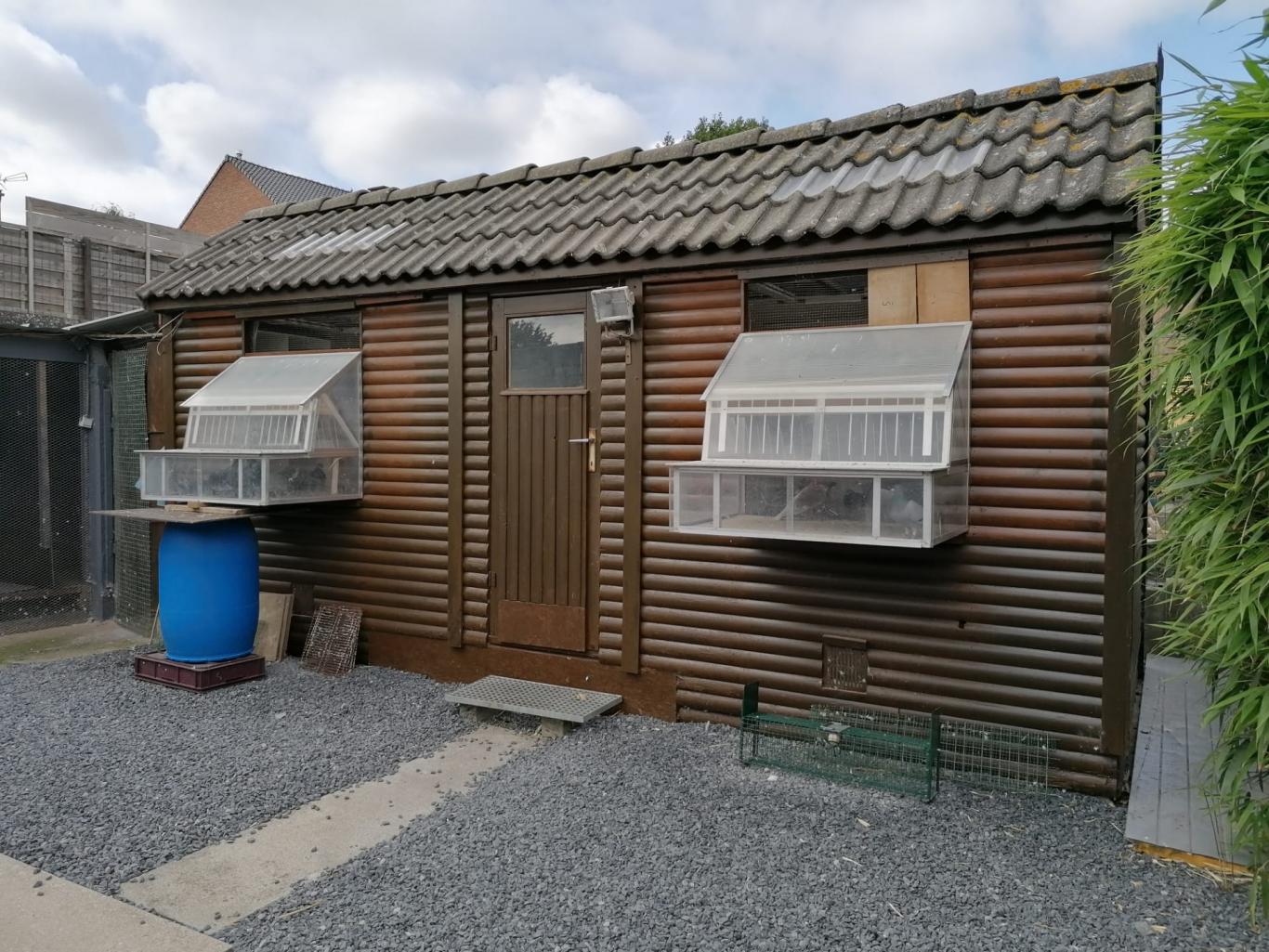