We already know Stefan for several years and you can feel the fanaticism and drive with which Stefan practices the pigeon sport. His years of experience combined with his feeling for pigeons seems to be the success formula to fly this impressive palmares. Stefan knows perfectly what he is doing ... his goals are set out in a focused way.

The flight team 2020 is composed of 40 hens, 14 cocks and 80 youngsters. With the hens that are raced on widowhood, the card of "jealousy" is pulled to the full because only 12 cocks are available for this group of ladies. During the week the "ladies" live on a specially structured hens loft with only perches on the wall and rolls on the floor so that it is not possible to mate together. The "jealousy" is mainly stimulated when the hens join the cocks. Stefan then puts another scoop on top of it by placing several wooden "crawling-away boxes" on the floor. Once they know this system, the hens can't be kept and they would fight to the death on such a box. This was probably also the case with the national winner "Ghost Lady" because she and her sister did nothing else than fight to get to the cock that was hiding in one of the "crawling-away boxes". They didn't tolerate each other... even a few hours after their arrival from Chateauroux, we saw how the two sisters didn't give each other a look of their cocks. Magnificent to see and apparently the motivation to show more than 54.000 pigeons your tail !

Stefan experienced her homecoming... like a stone, "Ghost Lady" dropped out of the sky and didn't waste a second... "never experienced" Stefan said.

Through the company Natural, the "Steenbergen mixes" are commercialised. A simple but very effective feeding system. At the beginning of the week, the light "Steenbergen 1" mixture goes into the feeder and the last 4 feedings are "Steenbergen Boost" (a sports mixture with 38 different grains) on the menu. For the rest with the regularity of the clock Wheat germ oil, garlic oil and brewer's yeast over the feed. Stefan also makes his own brew consisting of gin, garlic, candy sugar and onion. Twice a week a dash of this goes into the drinker.

From a medical point of view, Dr Henk De Weerd's advice is followed. All pigeons will get a 12-day cure with Parastop at the beginning of February. Before the start of the season they will be cured for 7 days with B.S. (against tricho) over the feed and at the same time Orni-Special and Belga Tai in the drinking water.

The late father Albert was the founder of the Steenbergen colony, but a lot changed when Stefan got involved in the pigeon racing in 2001. Daddy's pigeons were passed through the fine selection comb and instead of speed races, the middle distance and long distance races were on the program. Albert and Stefan invested successfully with the following fanciers: Van Camp-Govaerts (St. Kathelijne Waver) - Vandersmissen Maurice and Yvan (Rummen) - Revermann Franz Werner (Germany) - Irmer and son (Germany) - Vervoort Flor - Voets Maurice (Kessel) - Engels Jos and Jules (Engels) - Verreckt Ariën and Marc Janssens (via co-breeding).

Stefan... your previous national victory from Bourges was impressive but now winning against more than 54,000 birds isn't given to everyone. Pure class and once again congratulations from the whole Herbots team ! 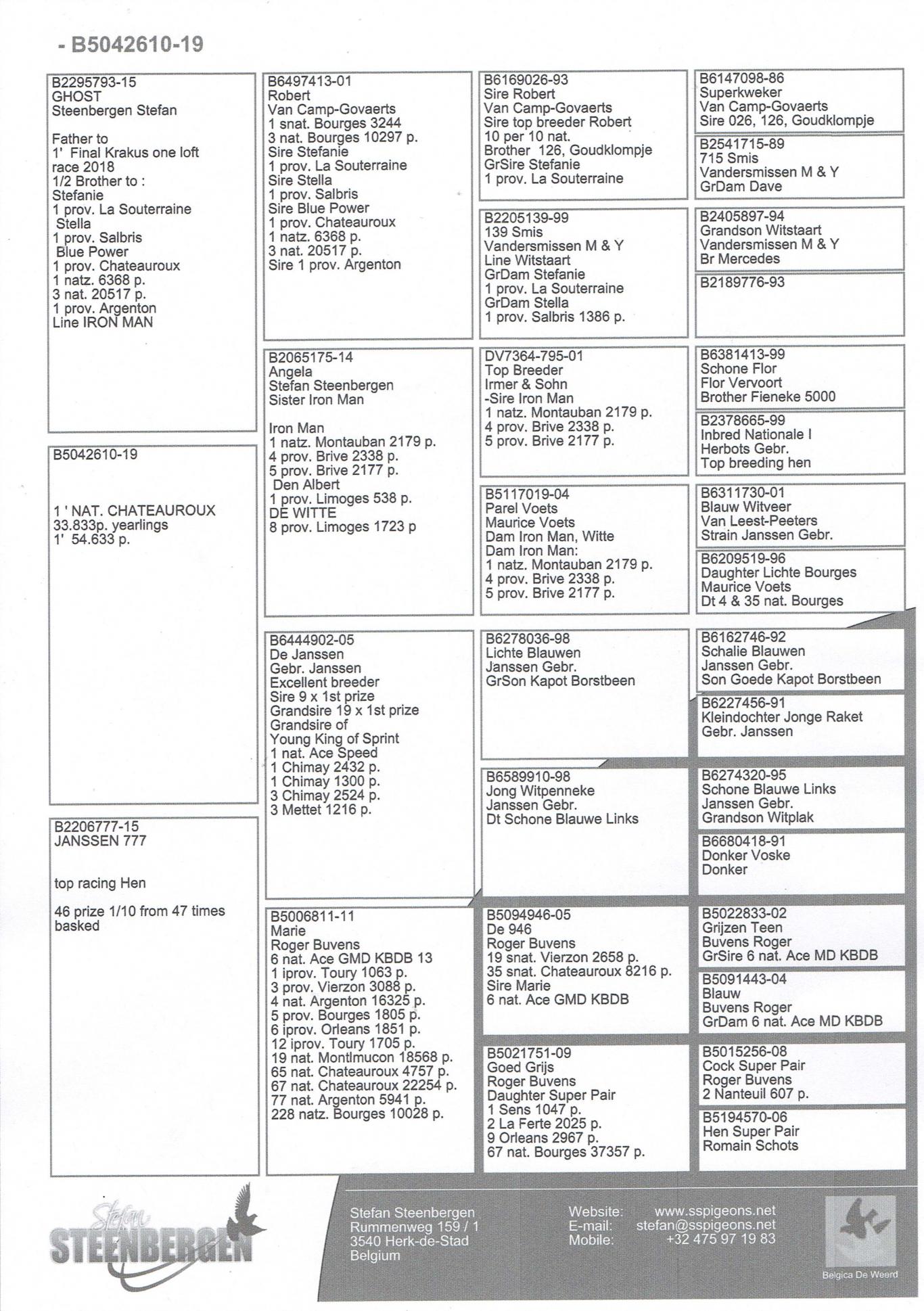 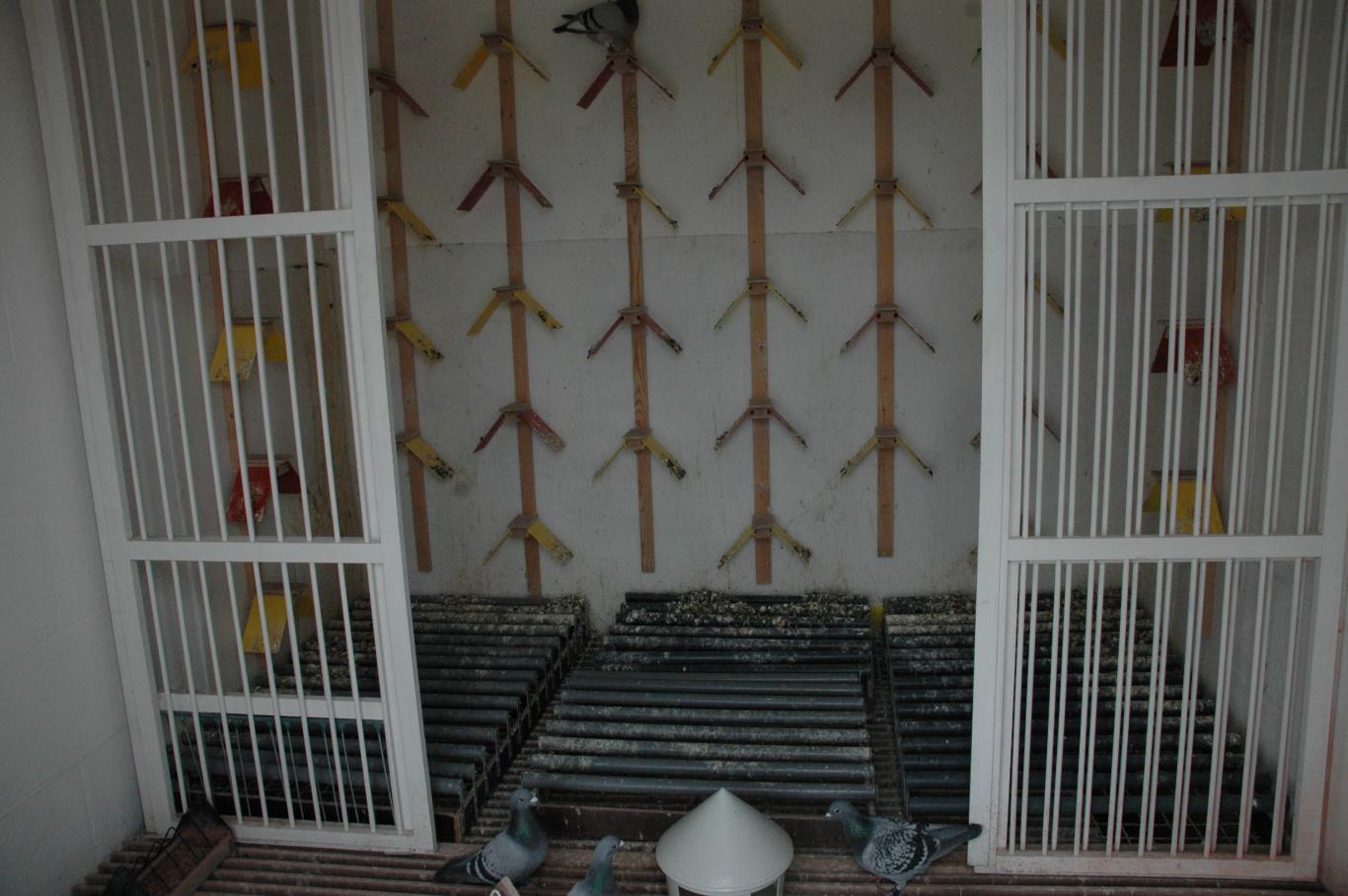