Gavere: Already for the 3rd time now the Belgian tricolour can wave on top of the beautiful house and lofts in the Eeckhoutveldstraat n° 28 in Gavere. After Gueret in 2010 and Brive in 2013 it is now out of Souillac (690km) that the entire battle field of 14,182 pigeons is beaten. David, who gets a lot of help from his mother Nadine and her friend Denis, were extremely motivated to put another top result on paper. It was, according to themselves, a bit too long ago that such a big victory could be clocked and now it finally happened. David explains “on our last national victory out of Brive, I was just on holiday in Turkey and also now I wasn’t really at home but really close by. I didn’t expect the Souillac pigeons yet and was at my neighbour’s house when I saw him diving towards the loft..”

And do you know which made the Vermassen family enjoy as well…their first clocked pigeons out of Souillac are 4 full brothers ! You read it correctly…they are all out of the couple  “Son Moreno” (B16-4084205) x “Daughter Trees” (a granddaughter out of base breeding couple “Son Bak 17” x “270-Freddy”). The 4 brothers won on this national race against 6,668 old birds: 1st and 202nd  and against 7,514 year birds: 273rd and 529th national.
The base of Vermassen colony is built up with pigeons from Freddy and Jacques Vandenheede, Marcel Aelbrecht (breeding line “Bak 17” via Arnaud Breynaert) and Bart Piens.

A nice team of 44 widow cocks, 28 hens on widowhood and 90 youngsters have to bring the name Vermassen on top of the results list. The widow cocks are being raced more towards the long distance races while the hens have to do the greater middle distance races.
The widow cocks raised before the start of the season one youngster and before training started they could come together for another 5 days.
After arrival of a race they get “Gerry Plus” and “Probac 1000” is being added to the drinking water. 5 days of light food will follow and then a mixture that will become heavier towards basketing. The last 3 meals a fat rich mixture is being given. Every fortnight ½ tricho pill is being given individually. Against airways infection they treat every 6 weeks. On a regular base they give “Daflor”  as vitamins which takes care of an optimal intestinal flora and raises the resistance of the organism.
They don’t motivate in a special way at basketing…cocks and hens only come together after a race for about 3 to 4 hours.
The 90 youngsters are being raced fully as well although they don’t look at the results all the time to give them a chance as year bird. Last week 78 youngsters were basketed for Orléans and won against 17,433 youngsters : 8-9-10-45-95-96 and so on…No less than 24 youngsters placed their ring number per 10 and 44 per 3 !!! Last weekend they all went to Vierzon but unfortunately this didn’t go this well and in the evening many boxes stayed empty. Hopefully many of them will return the coming days and are they able to load their batteries for the coming national races for young birds.

A big congratulation from the entire Herbots team 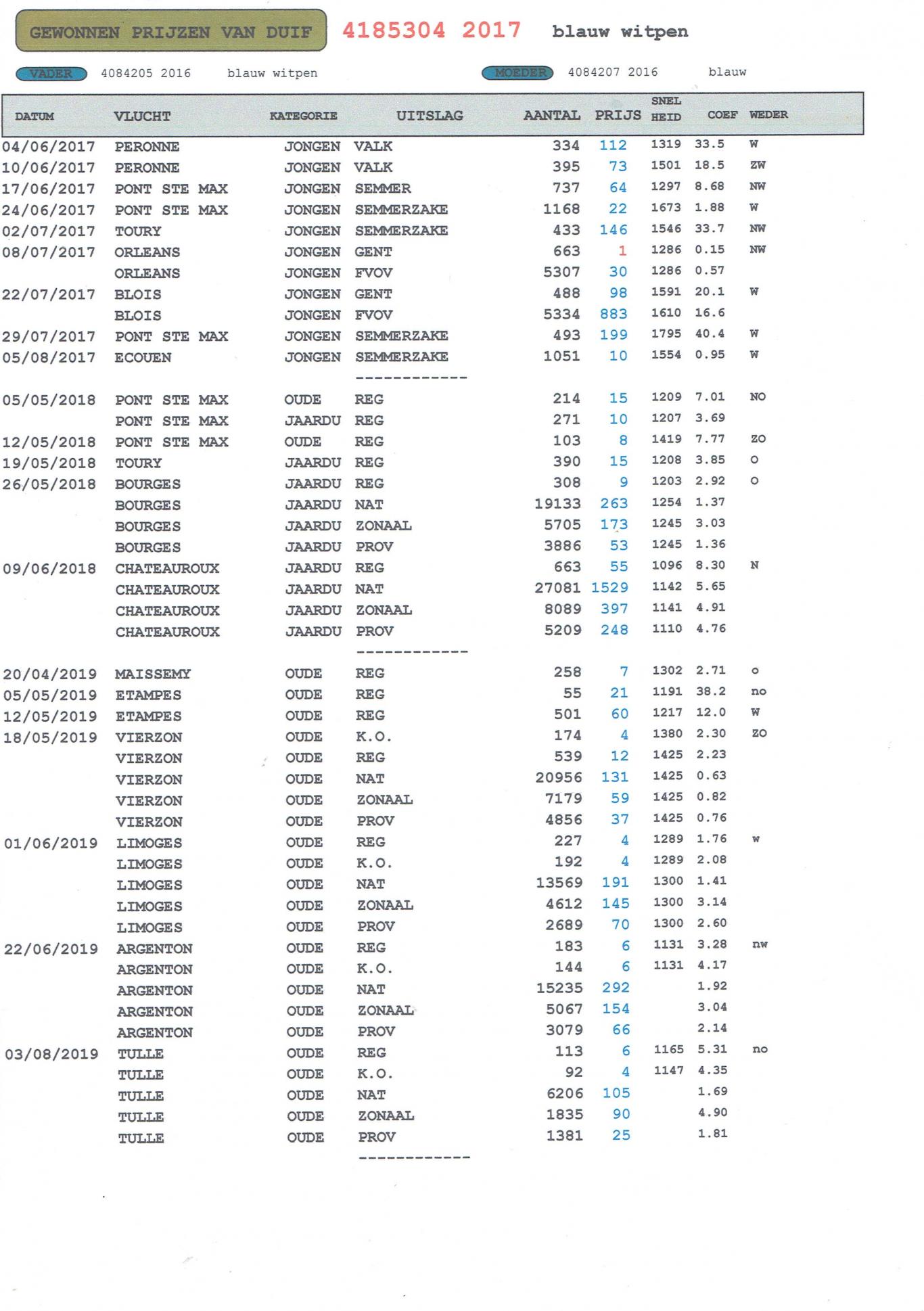 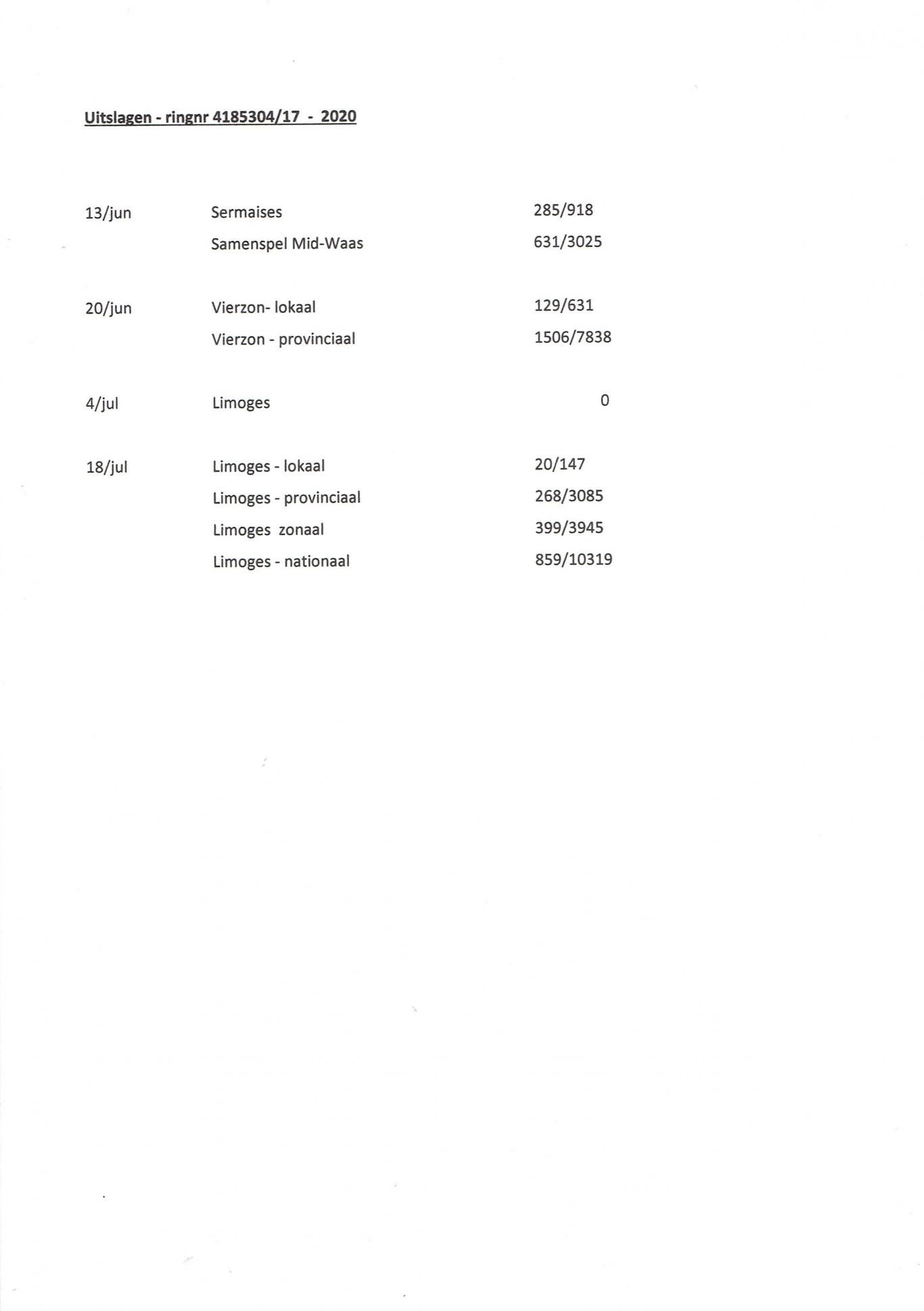 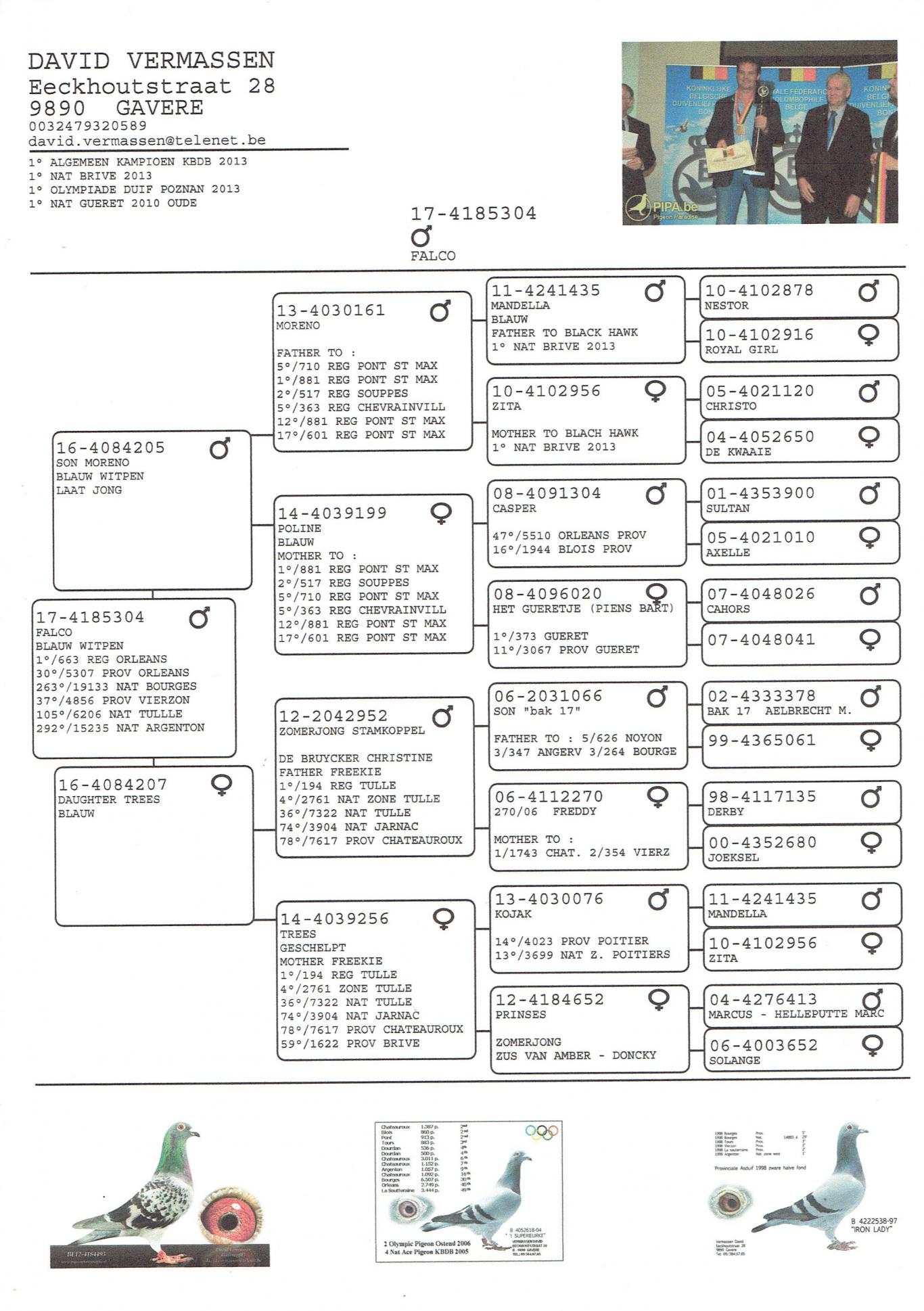