That they are having an amazing season, probably one of their best seasons ever, in Oud-Turnhout is something that we already knew. Last weekend they confirmed this on Argenton National with the old pigeons and also on Sermaises (middle distance) with the youngsters!

They only basketed 13 pigeons on the national race Argenton where from this weekend on the results of the yearlings and old are being counted together. Many fanciers are stopping their old pigeons for the season and the numbers of basketed pigeons will go down a bit. Most of them are now focussing on the youngsters, but the heroes that last and are still competing on the greater middle distance races are the strong ones, the ones that can last an entire season, the die-hards! From those 13 die-hards that were basketed by Jan and Marleen 11 of them won ‘a’ prize, not just ‘a’ prize, but starting with the 2nd National and 5 pigeons within the top 150 national these are ‘great’ prizes. They won:

Let’s meet ‘Argenton Runner’, and once more a ‘Runner’, so once more related to the amazing breeding strain of brothers and sisters of ‘Olympic 306’ke’ Olympiad bird Brussels 2017 Cat. C.

Granddaughter to ‘Athletic Runner’, full sister to ‘Olympic 306’ke’ and already mother to: 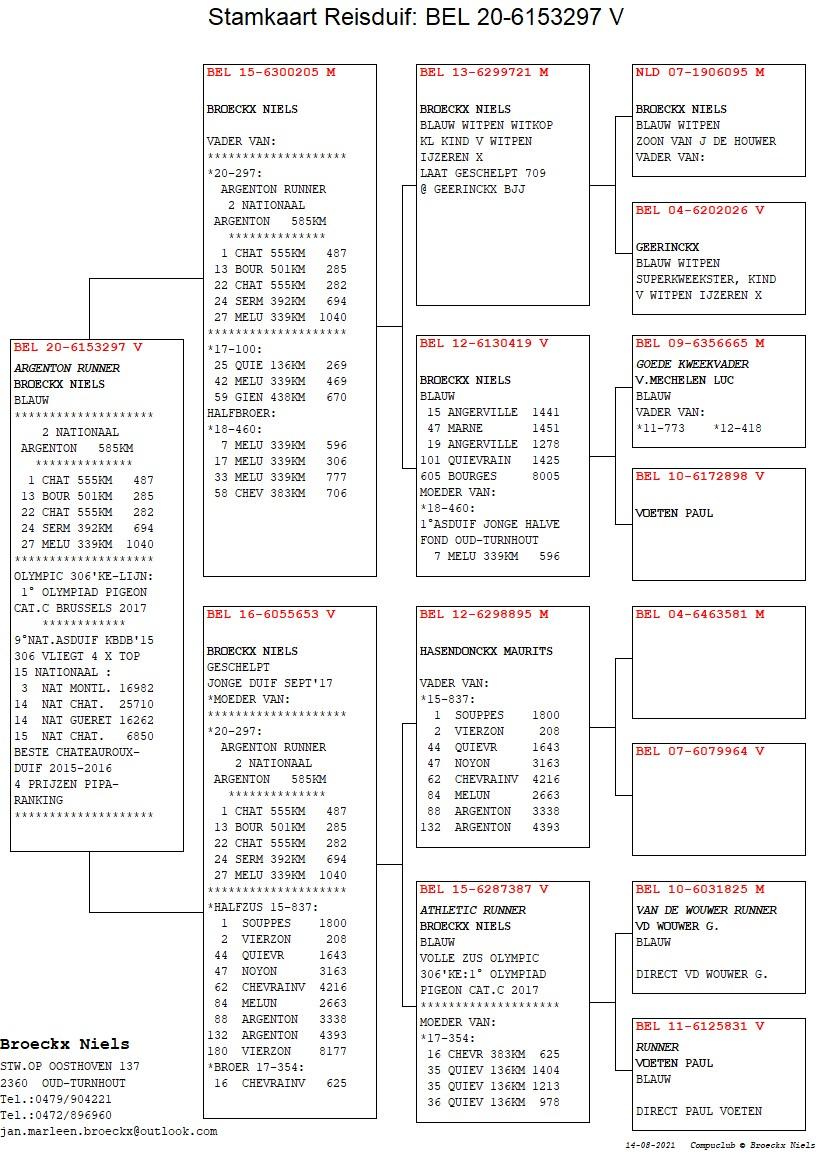 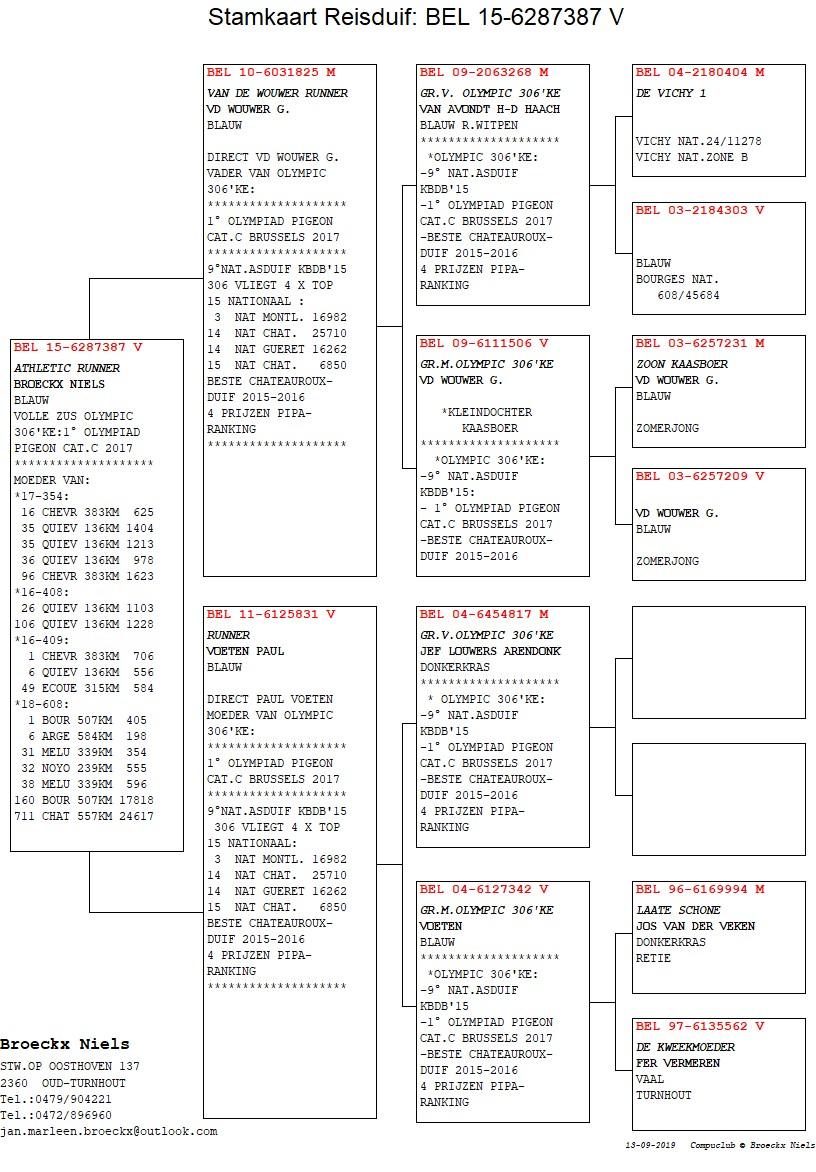 These last weeks will be a focus on the youngsters but the focus is already there and the youngsters are in top shape. The Broeckx family basketed 61 youngsters on the middle distance race of Sermaises (393km) and set underneath amazing series: 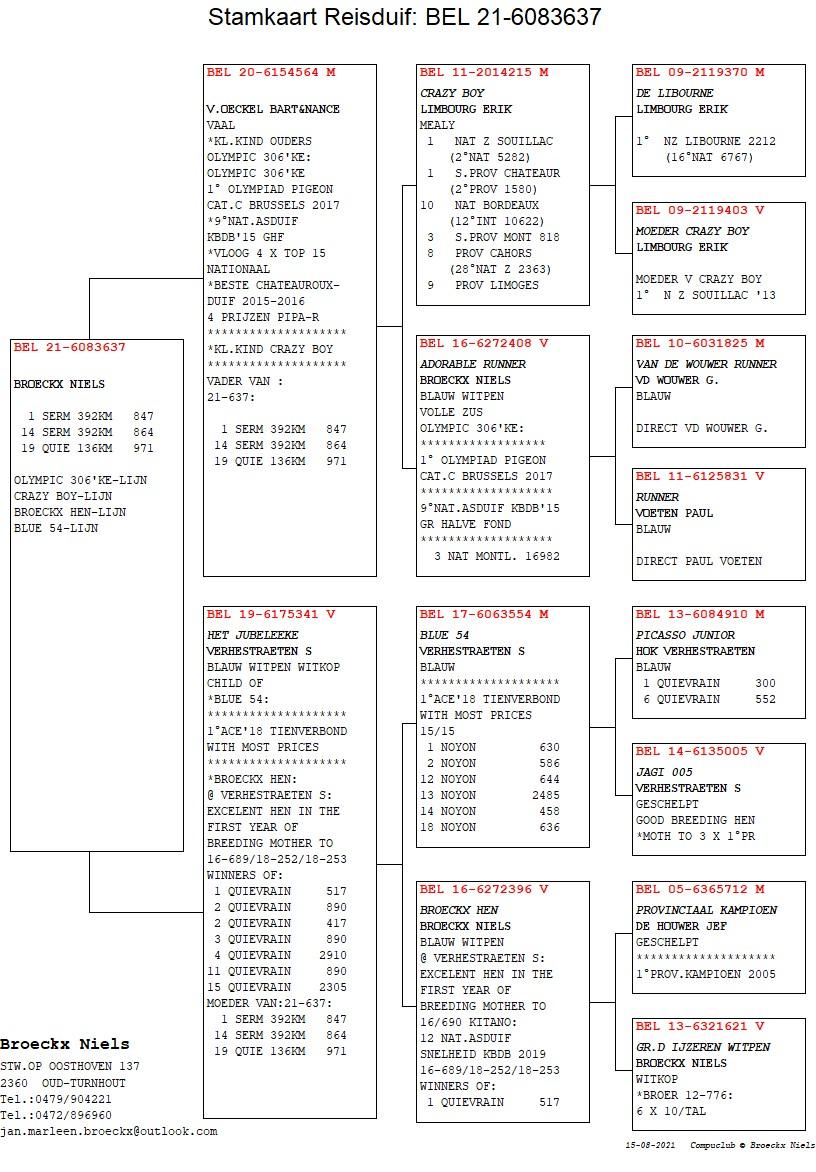 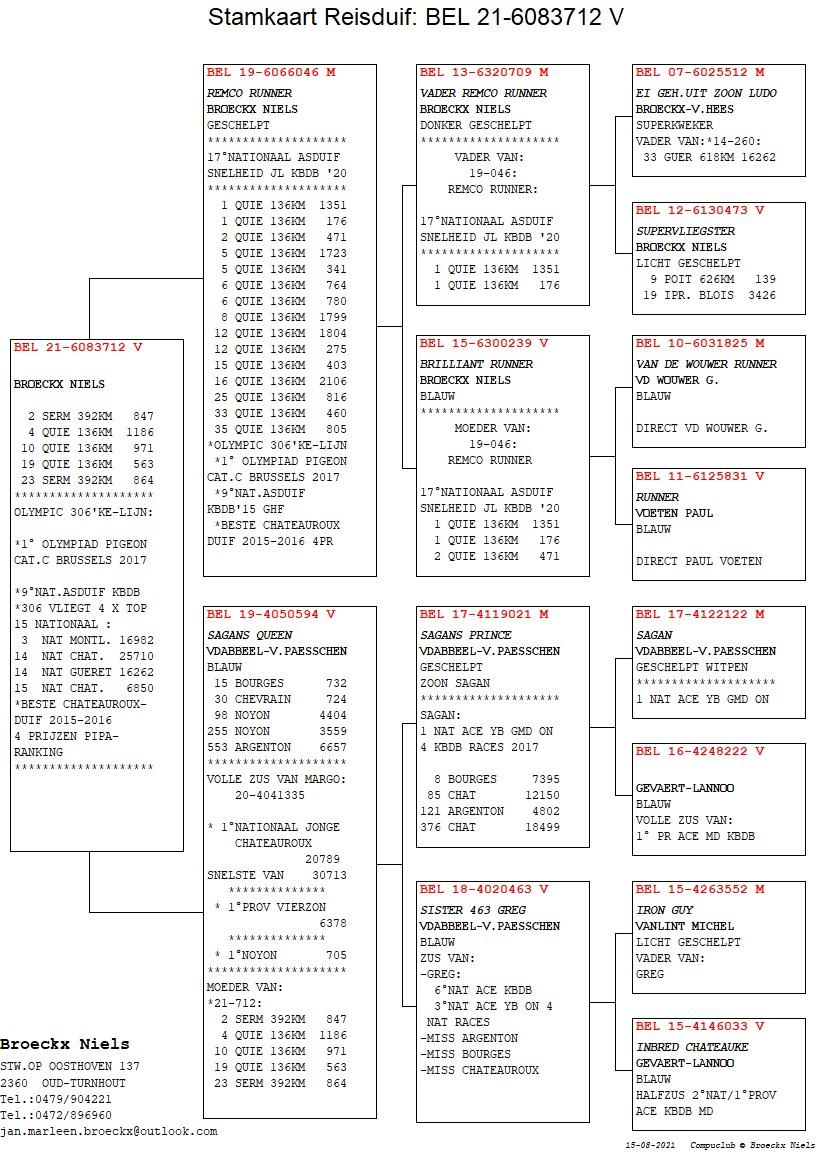 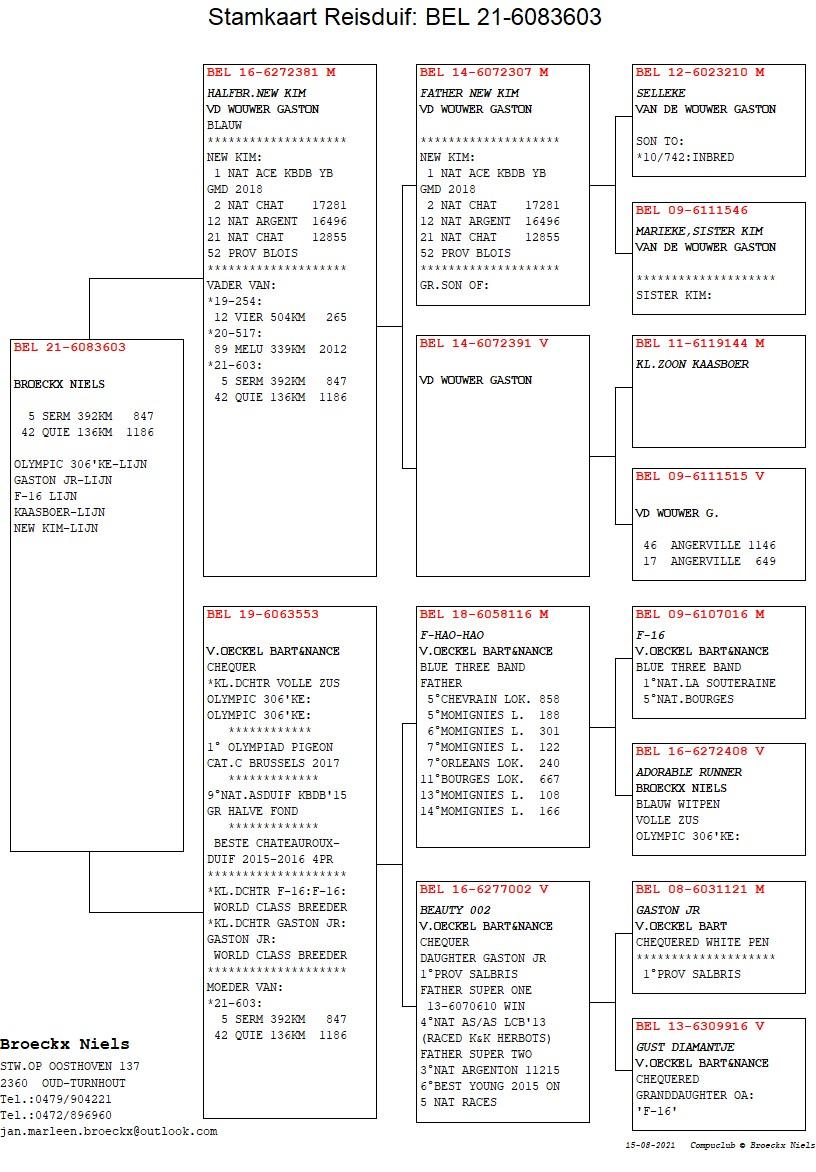 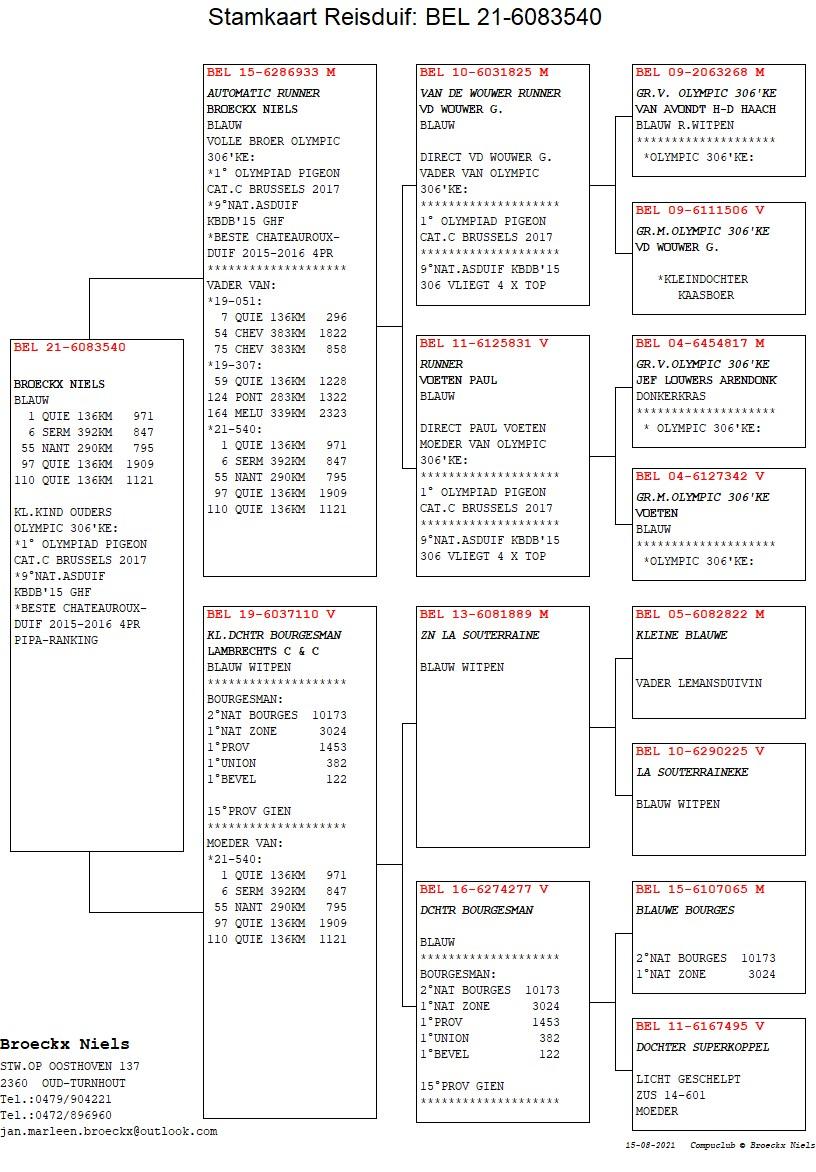 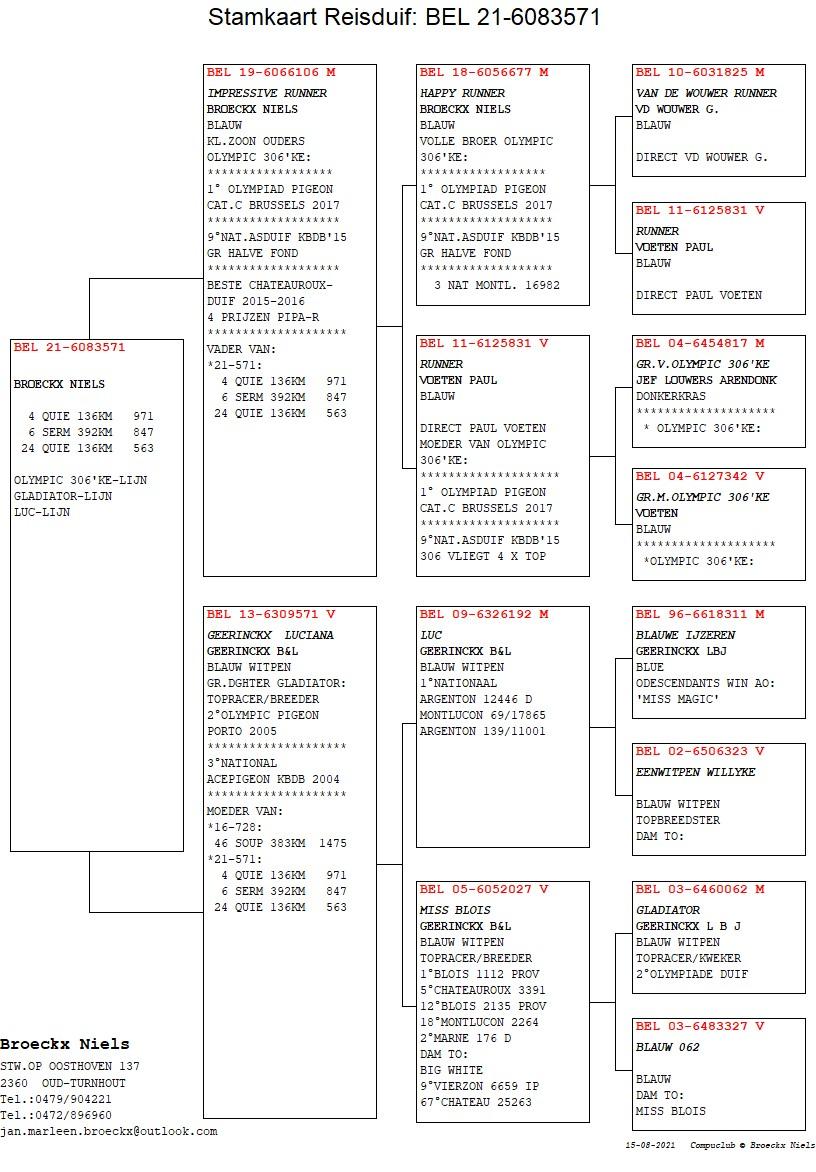 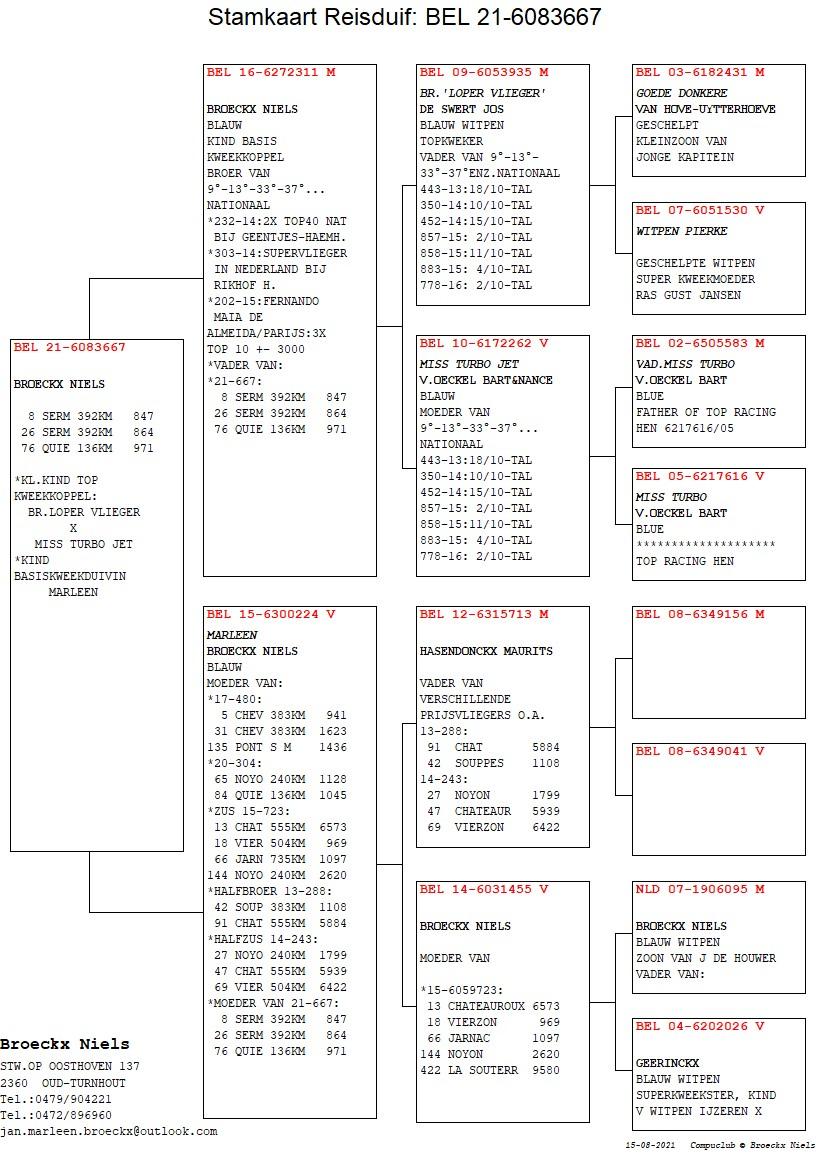 Also 12 youngsters were on the short distance race Quièvrain, which is 136km. 9 out of the 12 basketed youngsters placed their ring number on the results list:

Team Broeckx, I just can’t find more superlatives for the results that you are setting and for the amazing breeding loft you managed to set up around your own ‘Olympic 306’ke’ in combination with other top pigeons from top lofts such as Bart&Nance Van Oeckel, Paul Voeten, Verhestraeten, Van de Wouwer,…

Congratulations with a capital ‘C’ from the entire Herbots team !