We saw it coming for several years now, as we say it sometimes. It started out with top results on the short distance and middle distance races. The first prizes on a local level are uncountable by now and pushed on to the provincial top with many provincial victory to become since a few years national top on the greater middle distance and long distance.

Participating is going for the win. Even we now that there is only one first prize each time, still everyone wants to go for that 1st prize. This is part of sport, this is part of entering the arena. And when this succeeds you can be proud off yourself. Many are called...but few are chosen to win on a weekly base 1st prizes, not one but sometimes more than one over several different races. That is what they are really good at,  at the Demely's. In the club or amongst pigeon fanciers there is a known saying :'they win easily first prizes' to show the quality of the pigeons and the winners drive they have.

In Moorsele they always go really hard for the first prize. They also look for pigeons that have in their blood, they base their breeding loft on these kind of pigeons and as is shown in their results this is something that works throughout the years.

This isn't a mega loft and the occupation is relatively small and they don't basket 100 pigeons weekly. You can categorize this colony amongst the middle large lofts but with a superior quality.

To give an overview of all their first prizes would need us a few pages. But to give an idea how easy (???) they win first prizes, we will show you the top results of 2019 where no less than 42 1st prizes were won: 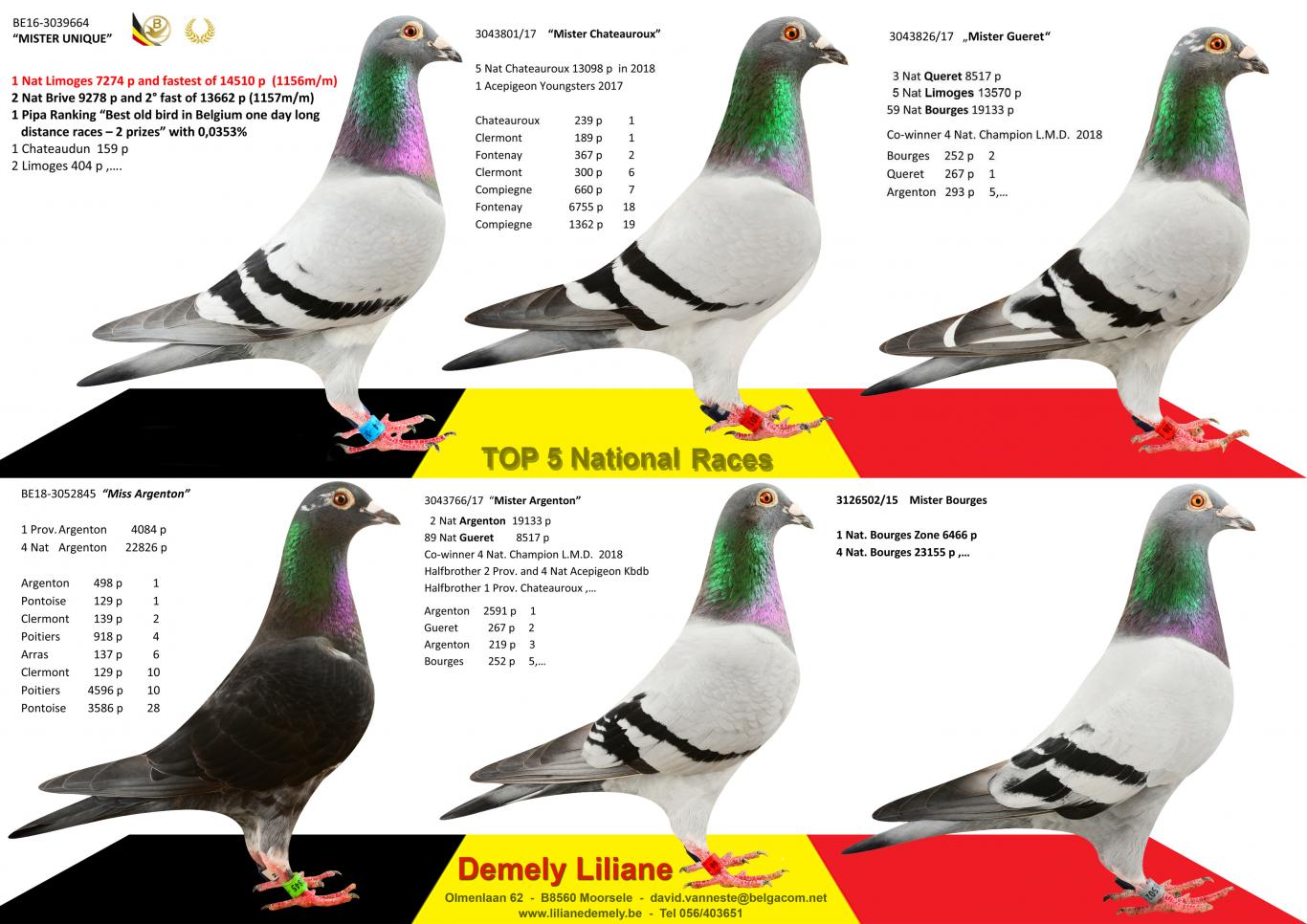 A few reinforcements with children out of top pigeons

Dave is especially the one that looks out for the ultimate pigeon. He searches the results week after week for lofts that race the absolute top. And out of these top pigeons they get reinforcement where possible. It started out with the Reynaert-strain, at Marcel Aelbrecht, at Freddy & Jacques Vandenheede, at Op de Beeck-Baetens, at Hugo Vlaeminck,at Roger Buvens, at Albert Henrix and so on….. They always get children, brothers or sisters out of absolute 1st prize winners and nothing else.

To illustrate this a few of these head racers where you can also see on the photo its origin: 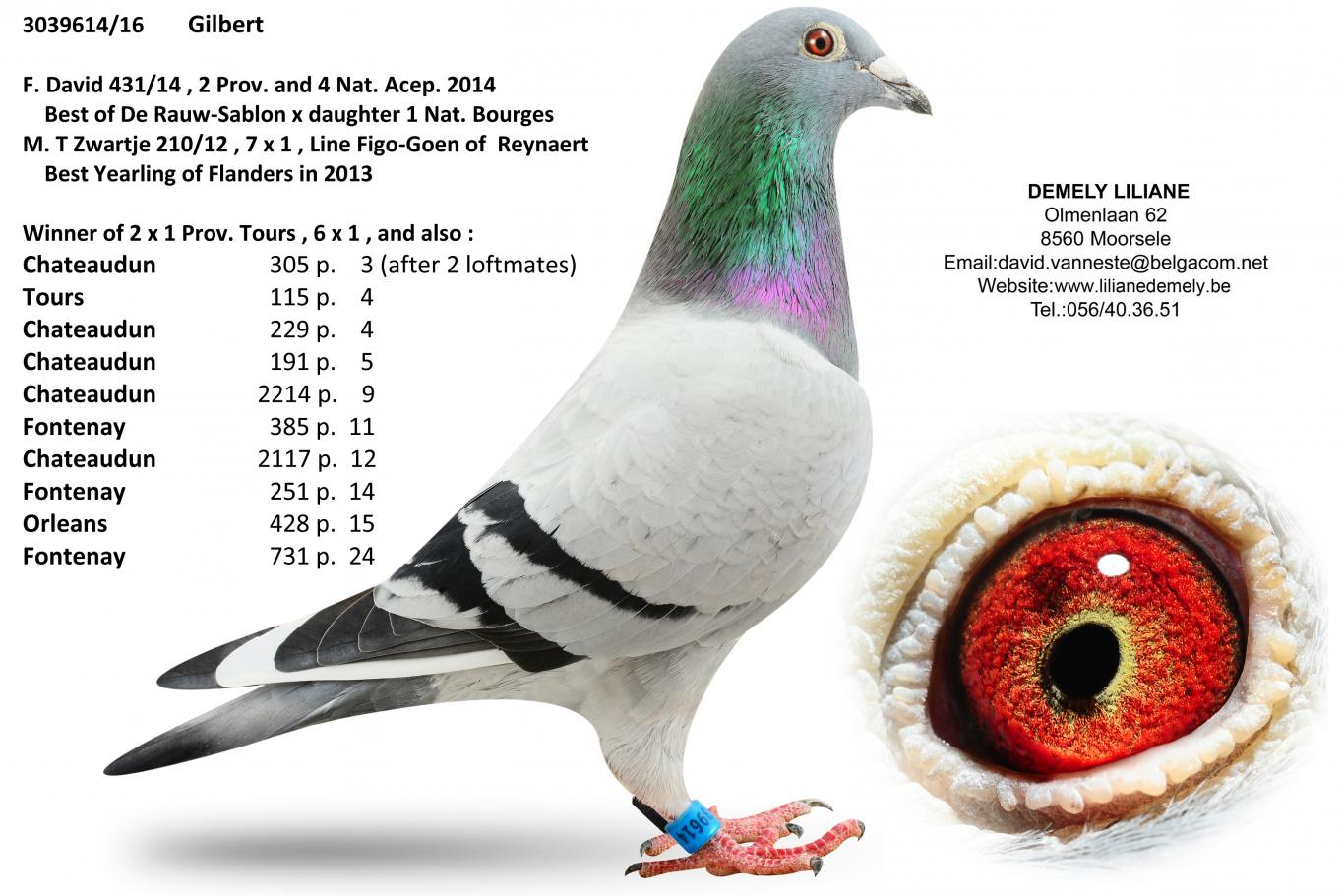 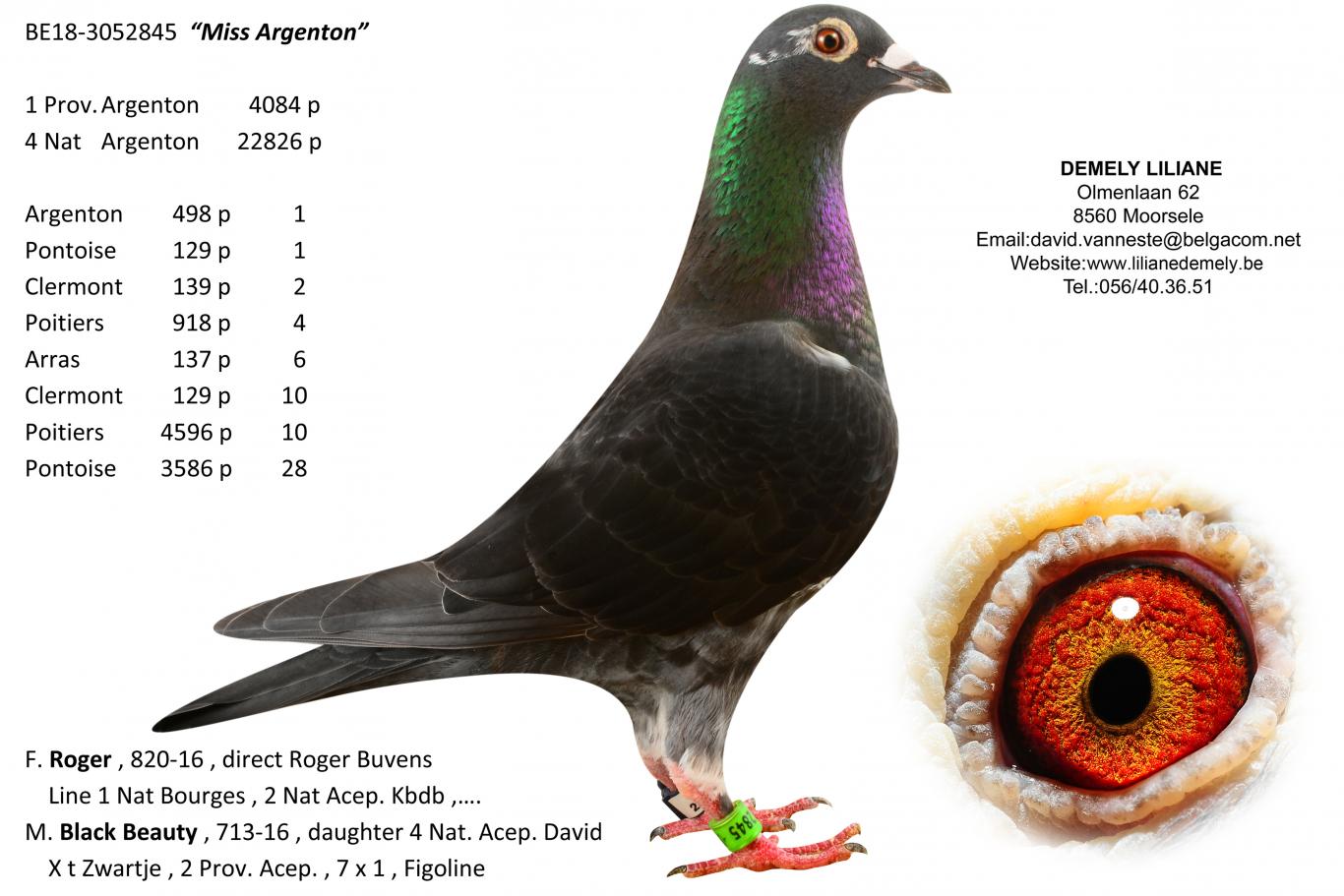 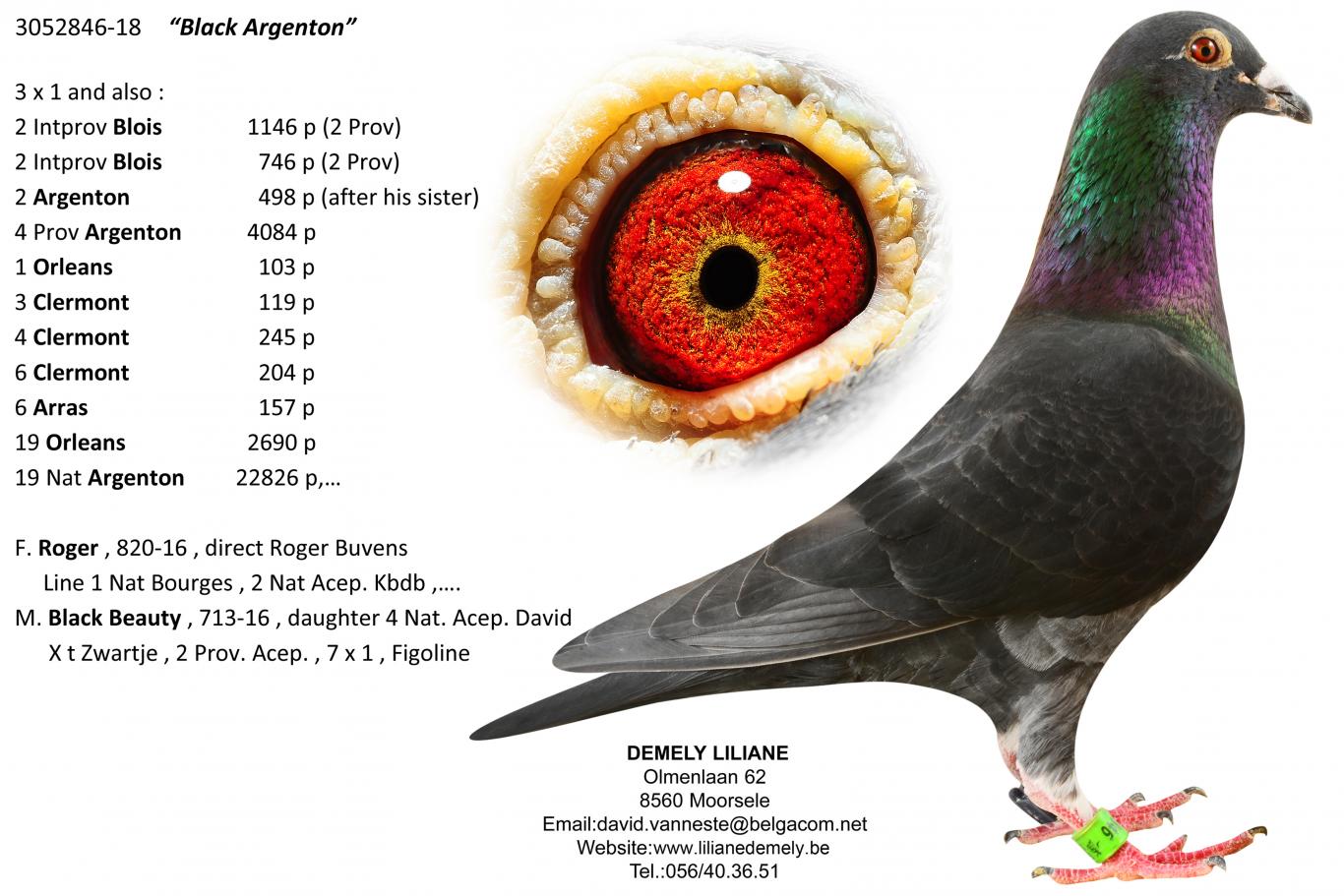 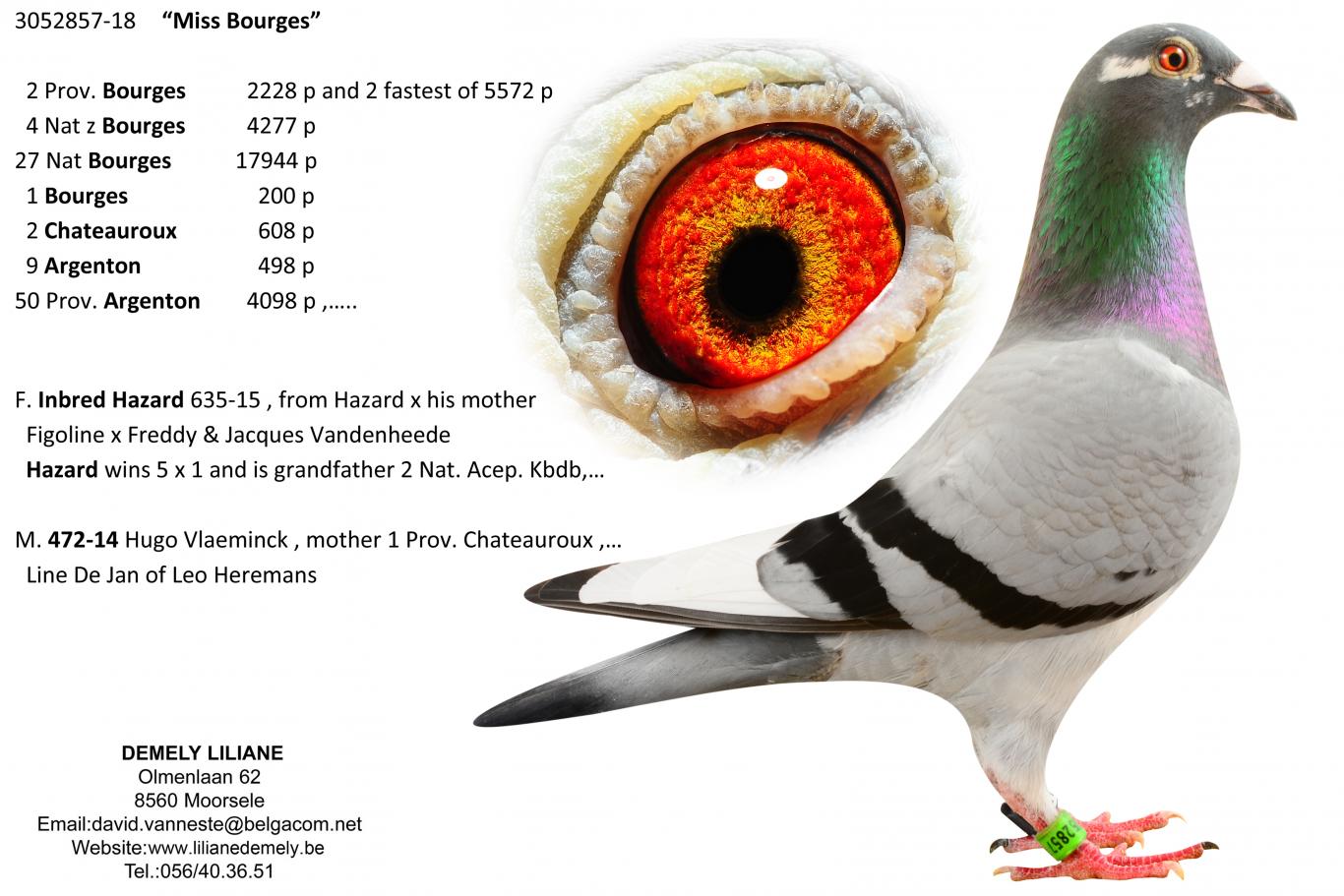 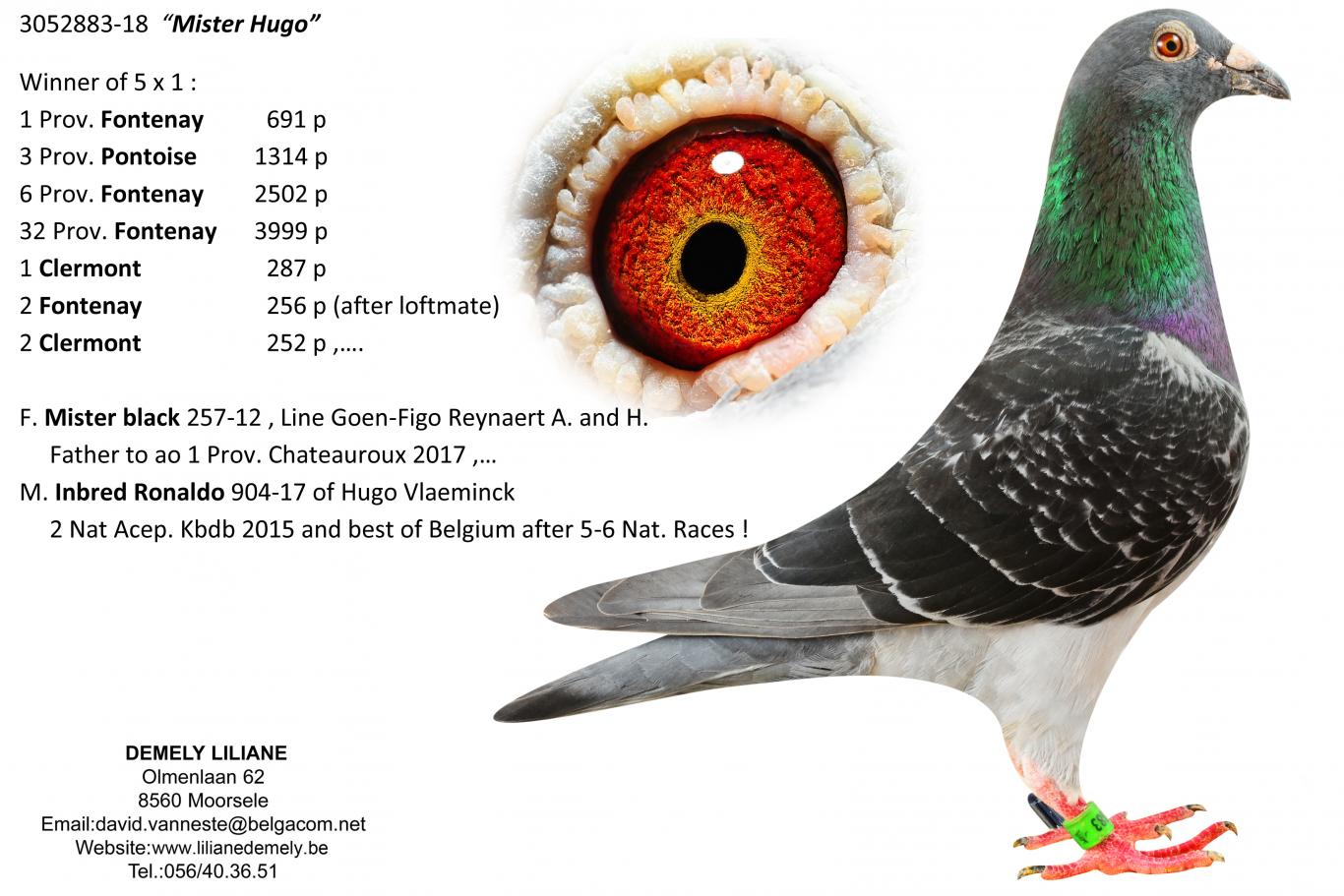 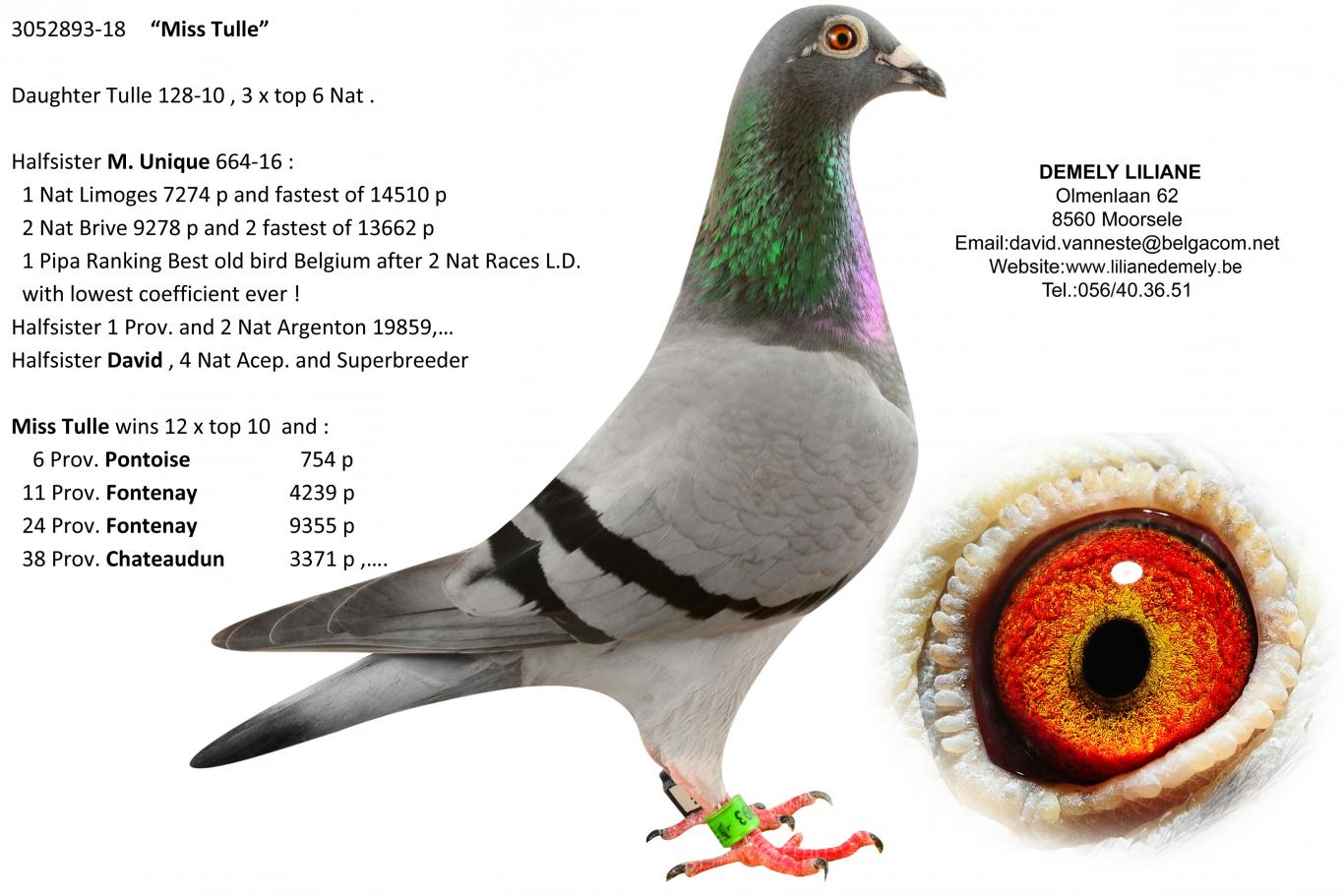 To highlight it all even a bit more and to give an idea of the broadness of the breeding loft and following the racing loft we will give you an overview of the results over the past 2 years.... …..my water is already watering !

Mister Unique is and stays unique ! 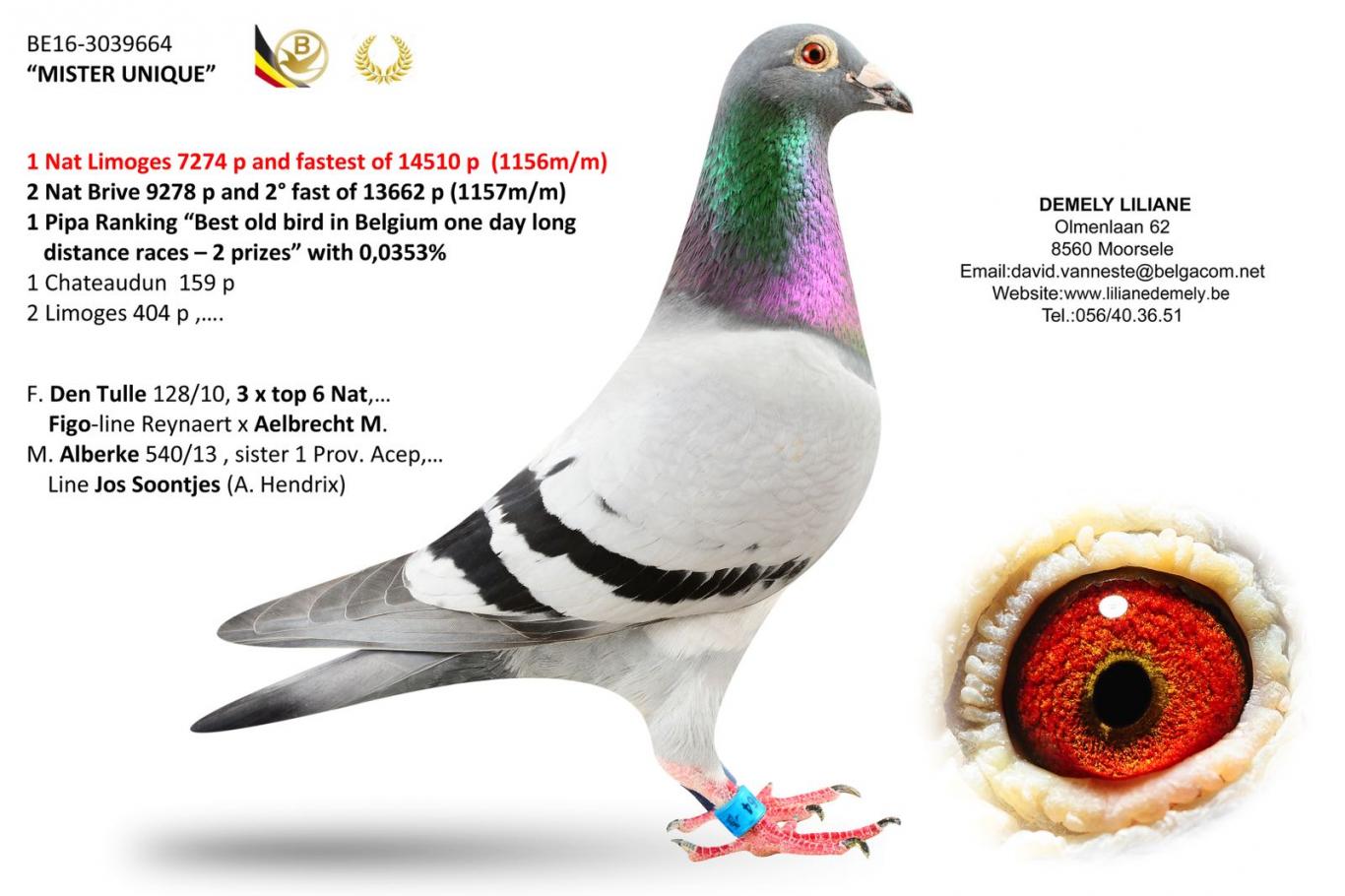 A national victory, an ace bird...it is on every driven pigeon fanciers mind. It is as winning a classic like  Parijs-Roubaix, Ronde Van Vlaanderen, LBL and so on…  For many the reason being busy on a daily base for morning till evening with their pigeons, to take care of them in an optimal way, to train them, to motivate them, to observe them in combination with the eternal search for thé ultimate top pigeon.

To taste this takes care of a live long addiction and is the motivator for the coming years. And this is how 'Mister Unique' realized the national victory on Limoges in 2019. He had the highest speed against 14,510 pigeons to an average speed of 1,156 m/m, or a very strong, honest race...and this followed to a 2nd National Brive in that same season. A super bird, a wringer, a nervous searcher, a though on as we like to call it. .

He has the noble blood from Reynaert-Aelbrecht-Henrix-Soontjes running through his veins. This top pigeons wasn't sold and is the showpiece of the breeding loft. He really got super form during that period and raced himself on to the stage of 2 really though long distance races. A crack that everybody’s dreams of having on his loft.

That it wasn't a coincidence proofs the results around him from other pigeons on the loft with several different provincial victories and national top results. Also within the breeding line of 'Mister Unique' are other pigeons to be found that manifest themselves having the genes to win national top. Good come out of good...a building high cliché that is being confirmed once again here.

Getting pigeons...but the fancier is something that doesn't come with the pigeon. Millions of times is this sentence being repeated to express how hard it is to build references on other lofts. The family  Vanneste-Demely  are top fanciers and have a fine nose for quality is something that isn't a surprise to anyone, but their pigeons do it really well to excellent on other lofts as well.

It were the Dutch that came to discover the quality and as it goes often like this, it was first 'sand in another country and later sand in own country'. The Dutch found easily the way to Moorsele and the references were building up and it became a really long and nice list of top results in Holland with pigeons from this loft.

After this it became time for the Belgians as well, and in the meantime many Belgian lofts succeeded with these speed devils...but who can take on the necessary miles with hard weather. They built up a long reference list by now and which makes them even more proud than their own achievements.

At Vanneste-Demely pigeon sport is a family sport. They work really hard for it but they especially enjoy the arrival of the pigeons and the strong results. This is how a hobby will never get bored and becomes a passion !!!

Congratulations from the Herbots team ! 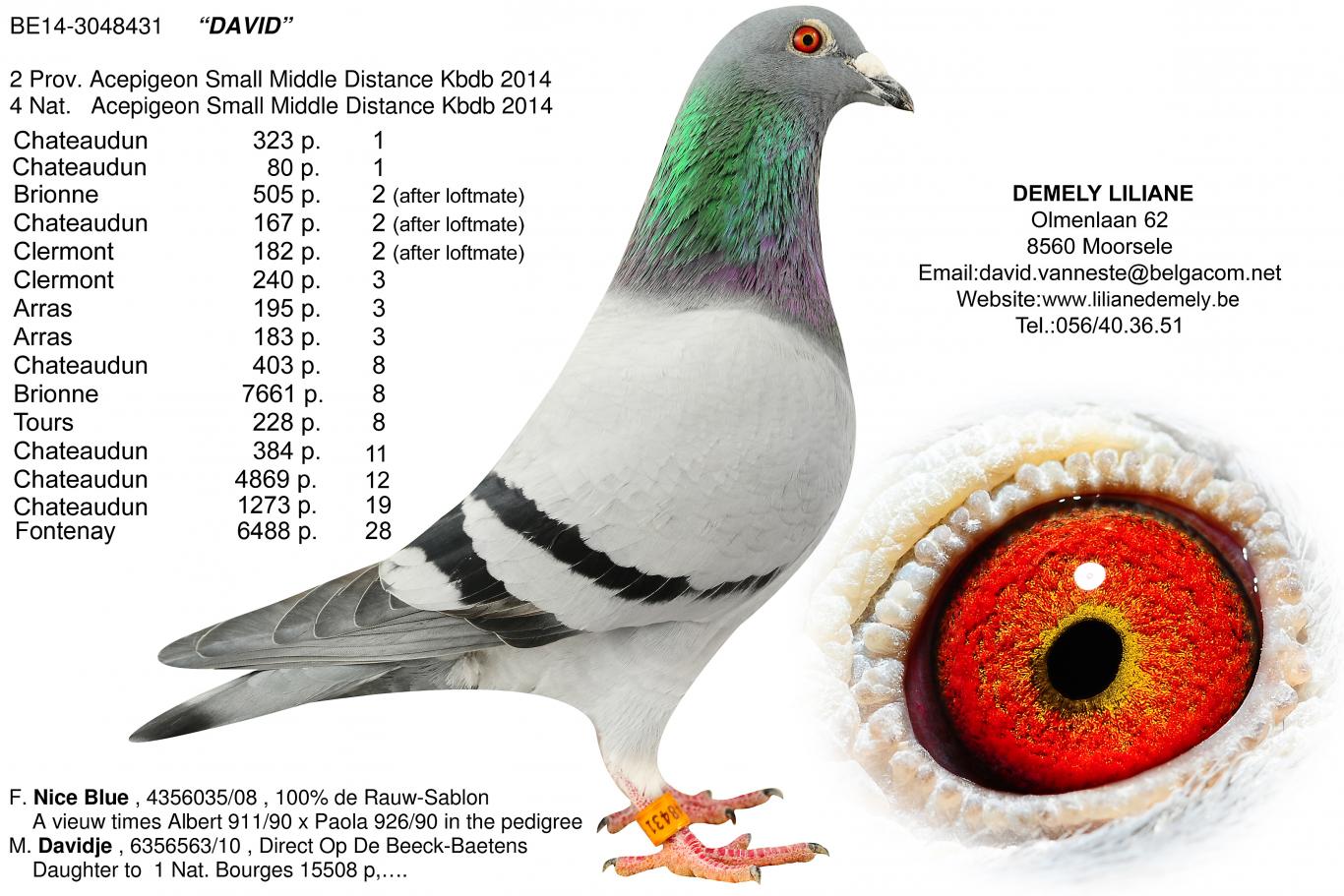 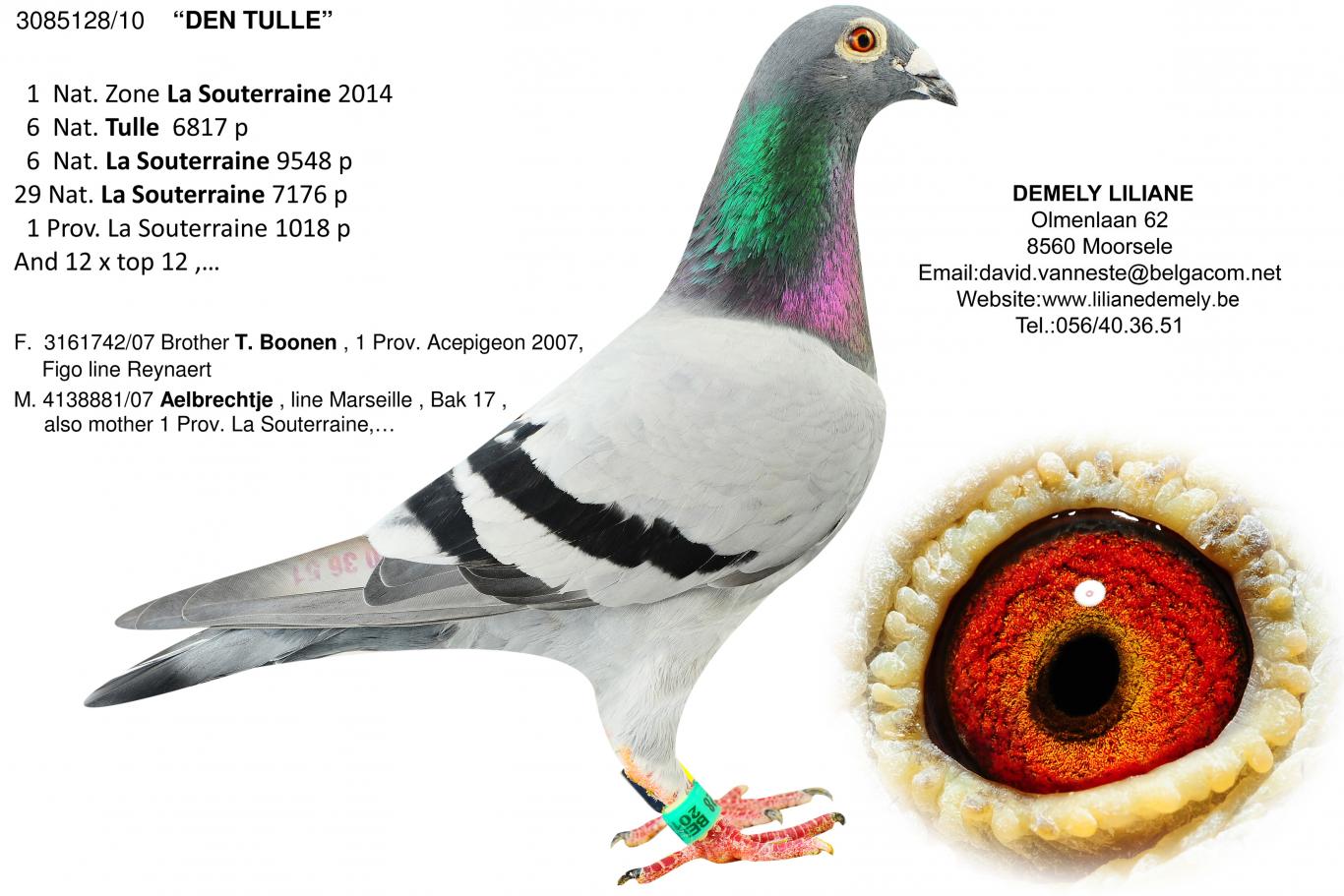 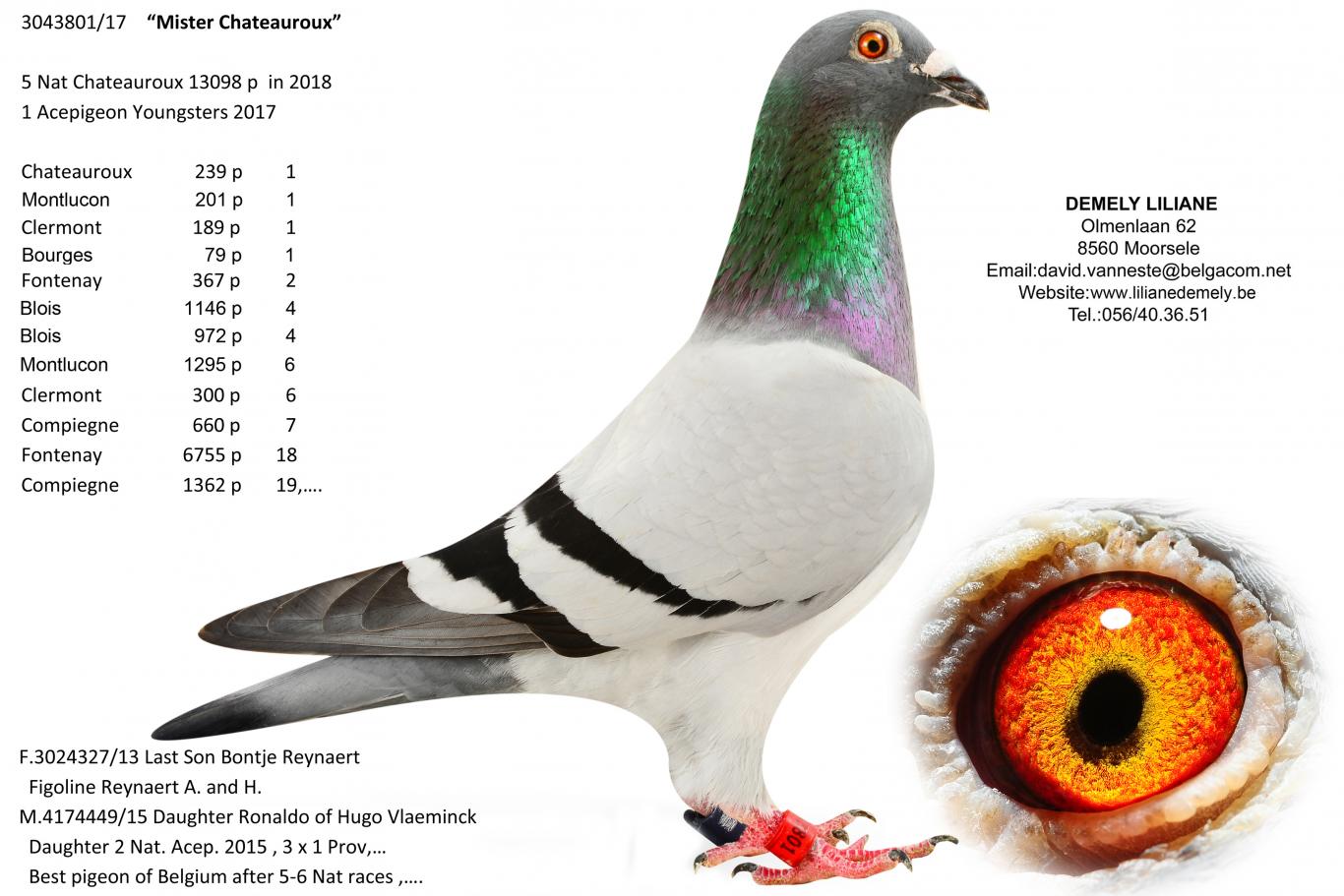 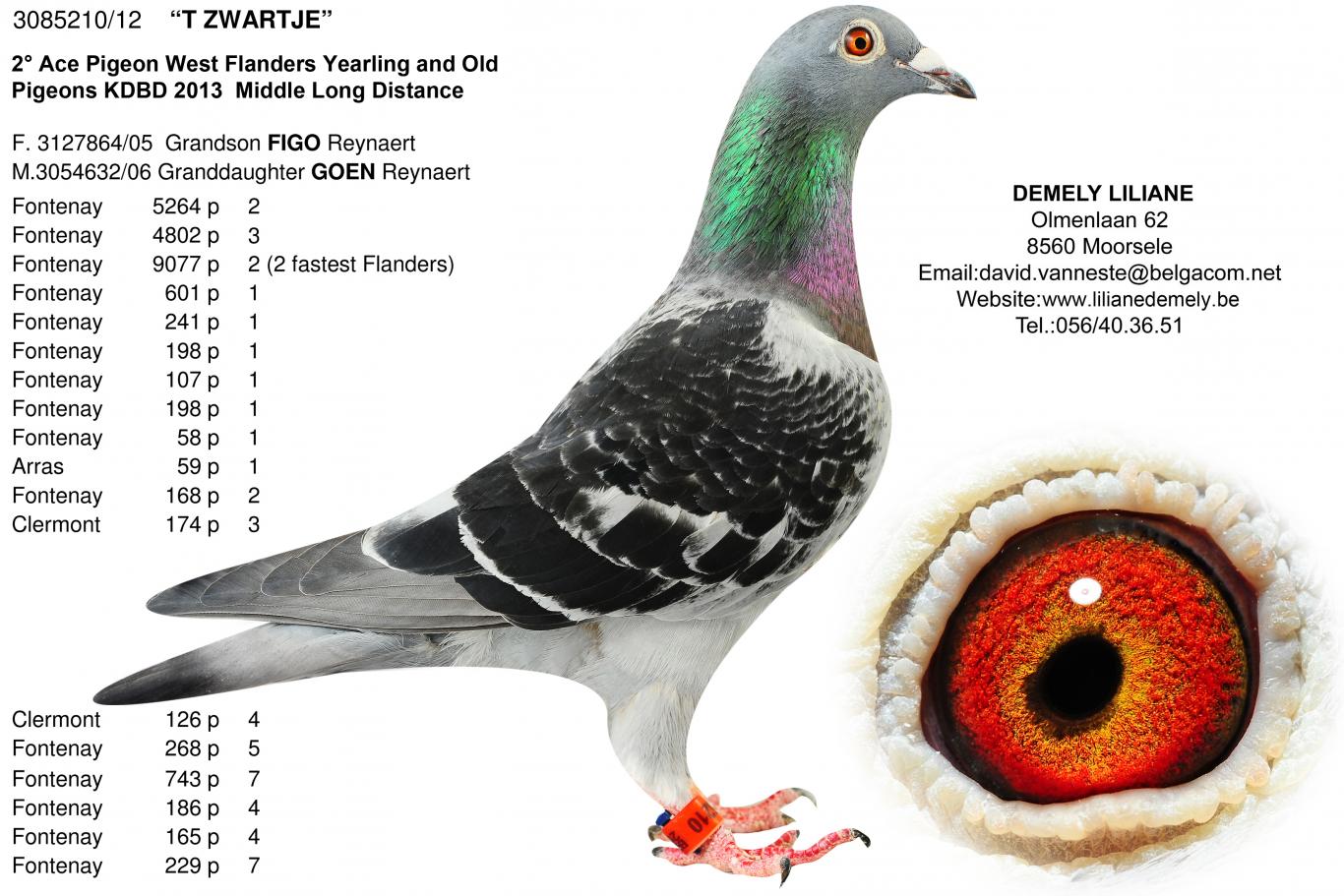