Engels Jules & Yves, Putte have the fastest Melun racer in Antwerp against 7,532 old and yearling birds

The Engels family, who doesn’t know this pigeon family. For years they have been at the top and after a superb season in 2020 they hope to shine again in 2021. Those who know the qualities of these pigeons know that they like strong weather and can compete week after week. 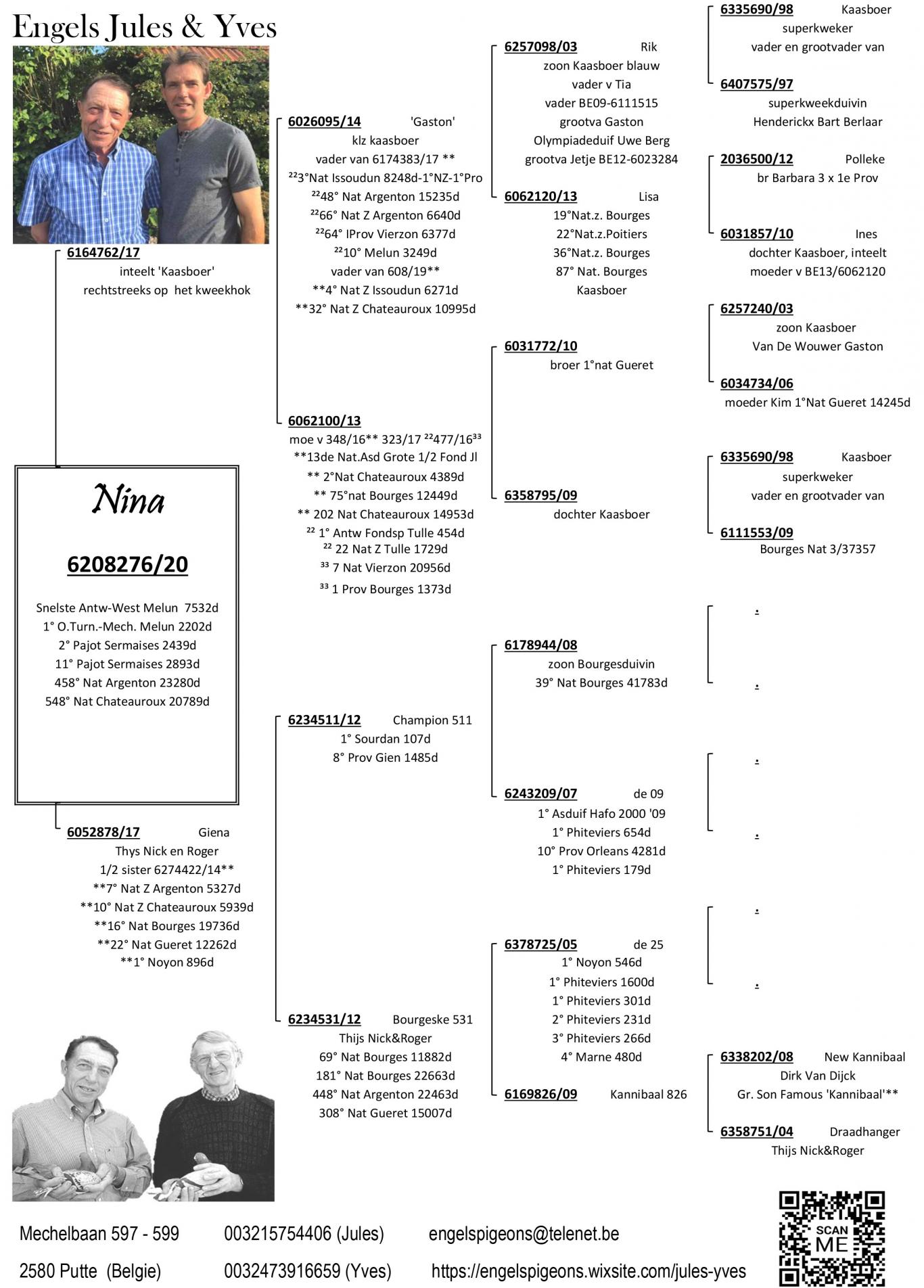 Again proof that youngsters with a lot of experience have a step ahead as yearling. At the Engels loft they have chosen since a few years now to focus on experience as youngster by letting them race more than one national race to get afterwards as yearling and old bird even more top results on their favourite terrain.

Yves & Jules, a big congratulation with this nice victory and good luck for the rest of the season of 2021 !