It is almost dark when we arrive at topfanciers Casaert-Sénéchal via the side of the house and are going towards the lofts in the gardens. The bottles of Champagne, which were opened to celebrate the national victory on Limoges two weeks ago weren’t even taken to the glass-recycling container or the next load of Champagne corks could be shot into the Henegouw air. On Limoges it was hen “Julienne” (named after the deceased mother of  Sébastien) who brought the victory home and now it is cock “Maurice (named after the deceased father of  Sébastien) who is the fastest Souillac racer off all 7,514 basketed pigeons.  “Maurice” (B19-4184131) beat with a small difference the yearling birds from Gino Clicque (1212,66 m/m) and Vandeputte Gerard (1211,02 m/m).

In the article that we wrote in response to the Limoges victory we already explained the system that Sébastien and Hugo use and in this short period of time nothing has changed off course.
Also “Maurice” is part of the 90-headed team which is being raced on total widowhood. A team which is being motivated with the necessary variation. Before Souillac the couples came together for a couple of hours and were separated around 17h. Once on their own department they were being fed and could be basketed very quietly like this.
Vet Pascal Lanneau comes every Monday for a check-up of the pigeons and the week before Souillac they were treated both against trichomoniases as against coccidiosis.

And now towards Brive National…who knows which stunt this team, that is more than in shape, can shake out of their wings. 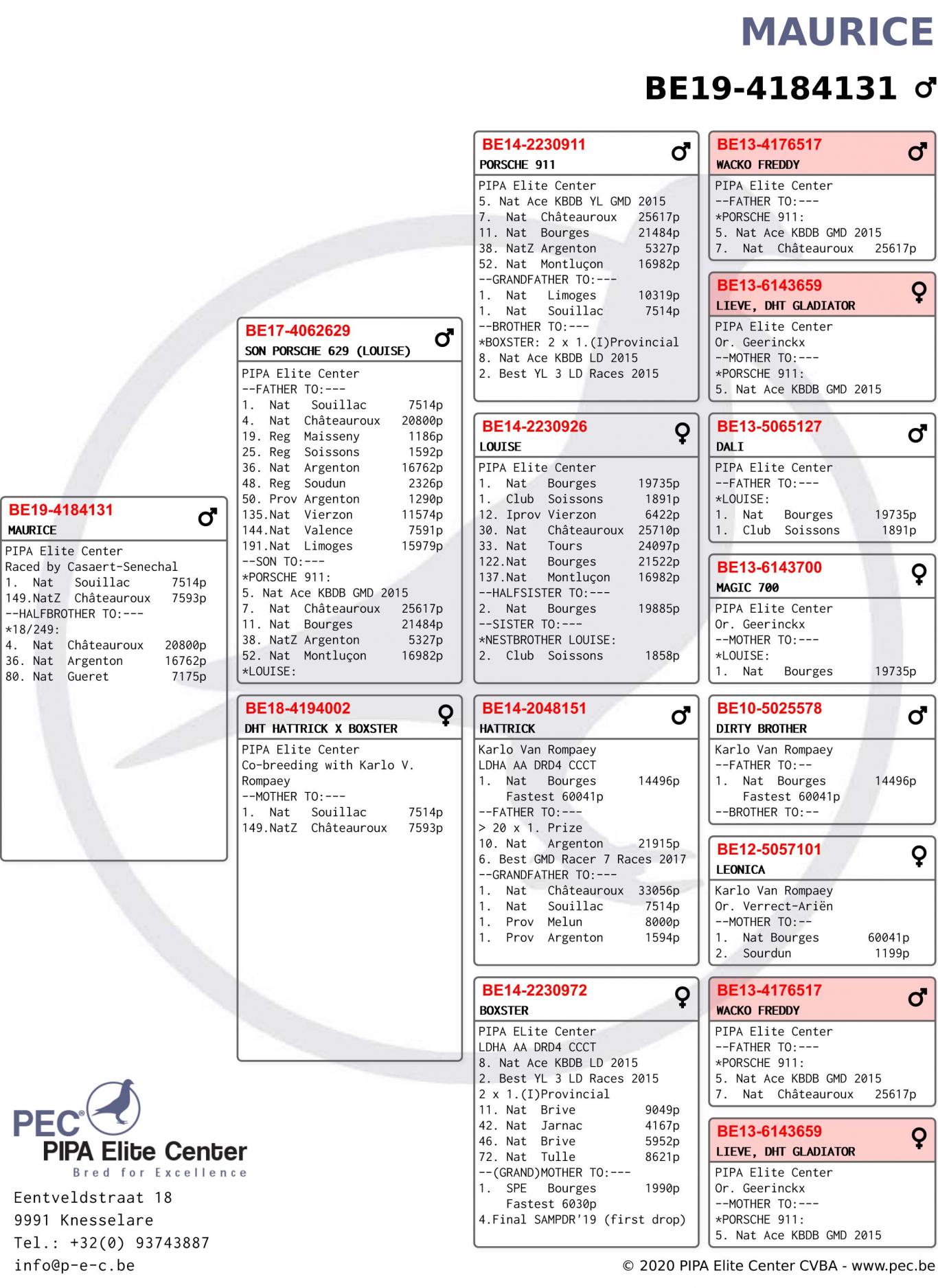