The day before yesterday we introduced you to “001/10” Elise from Roger Buvens, “Elise” is a daughter of his well-known stock couple that has caused so much furore. Now it's her sister's turn, BE 09-5021751 “751” is a hen with real top performances herself, but she is simply magnificent in breeding.

View here the list of her descendants have all achieved nationally, super class up to and including. As a result, her descendants also became National Ace pigeons and Olympiad pigeons. The highest level you could wish for along with 3 National winners.

When there was a national ace pigeon competition for Young Birds All Round in 2009, she was top candidate number 1.

Afterwards Roger decided to put her into breeding and she very quickly provided top pigeons. 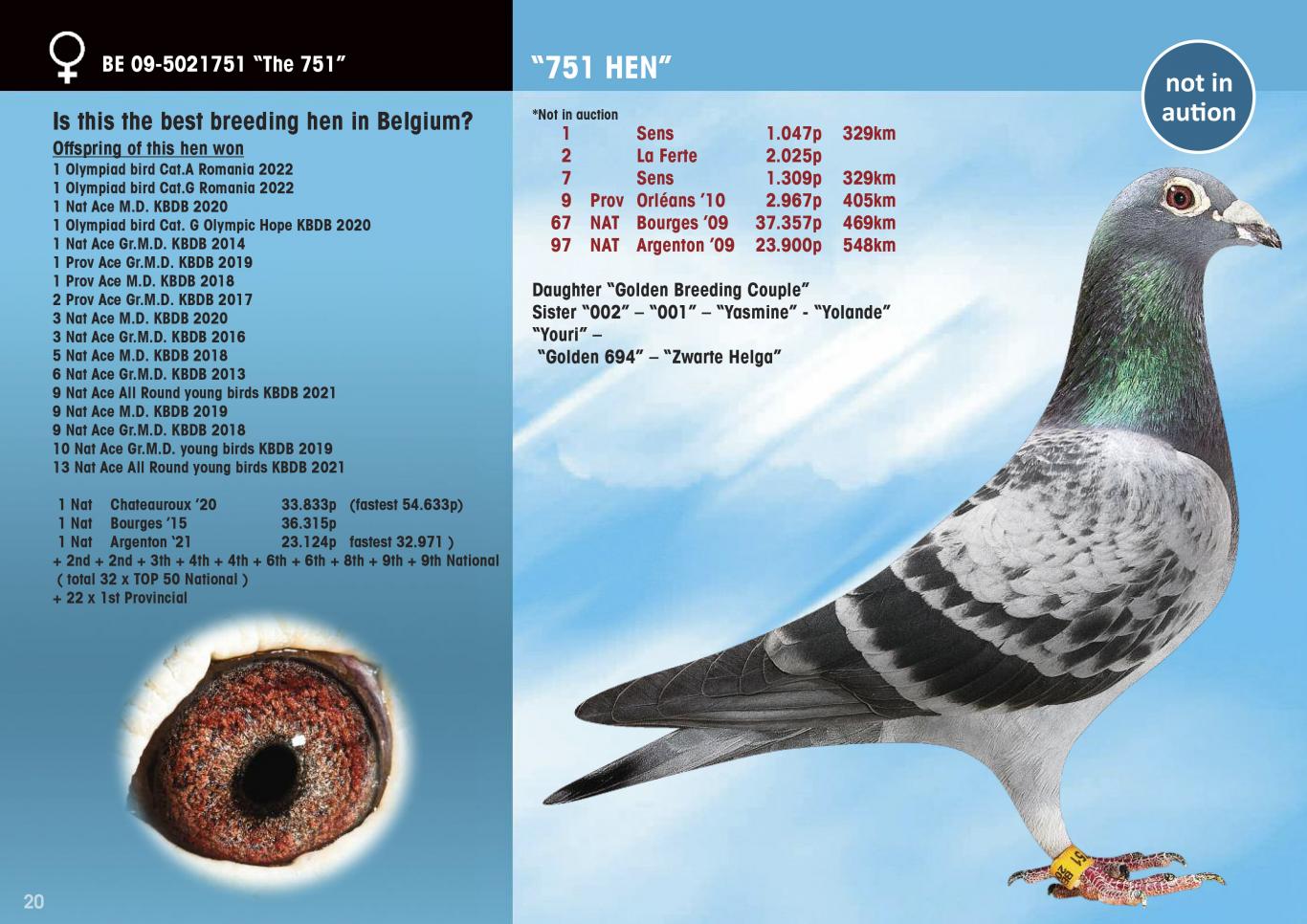 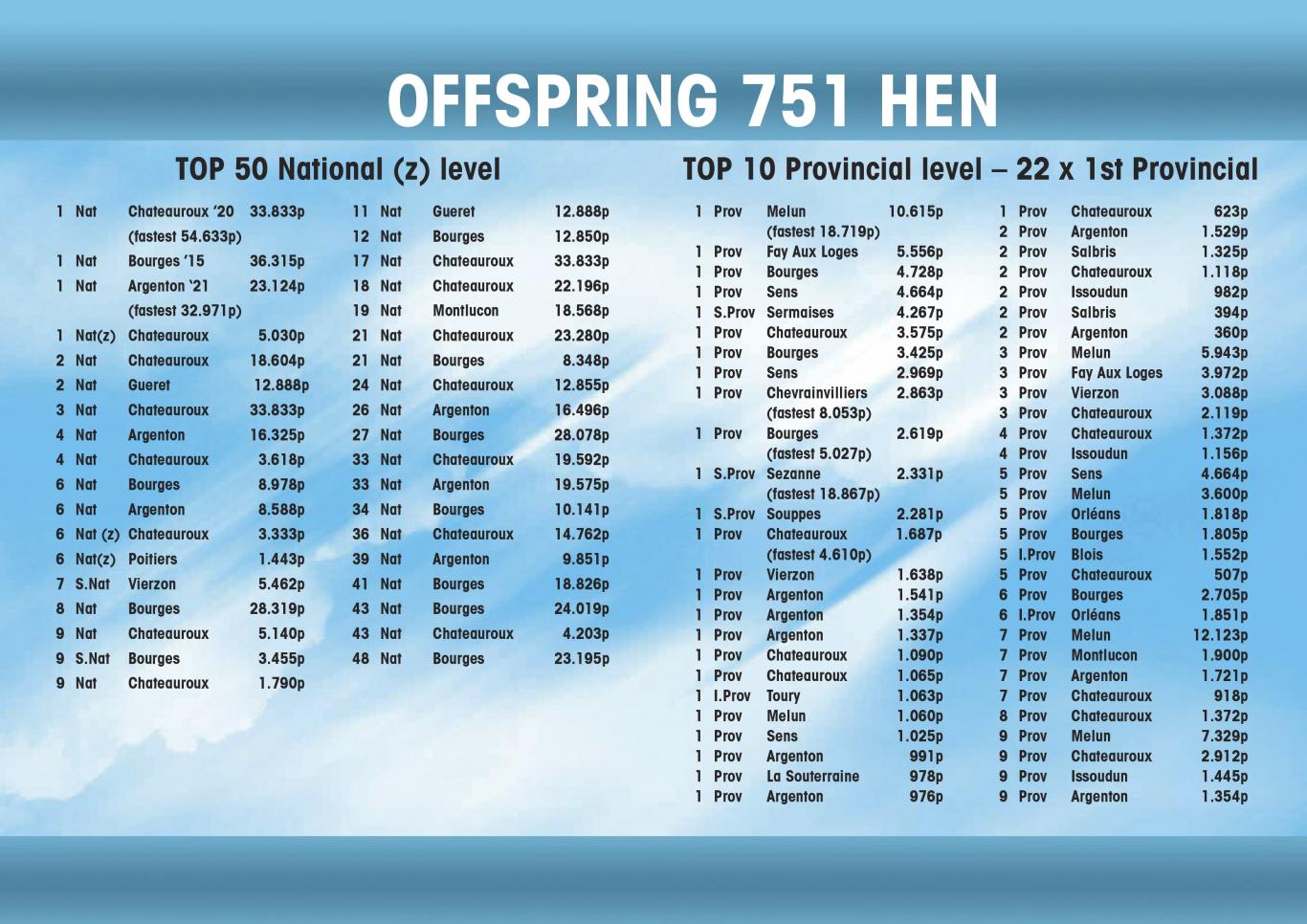 The first toppers were born in 2010 and 2011 and now the last children of her are in this top sale.In the summer of 2010 Roger won 1st National Bourges and “751” was coupled to the “Bourges winner”. The 2 children from this were kept and from here comes.

“Bourgesman 438” in turn became father of several top pigeons including“Dream” BE 16-2172729 Part 2 – N°3 who flew fantastic in the national races and who has been in the breeding loft since 2021. Here she immediately became mother of the best young bird of 2021 “Ime”. 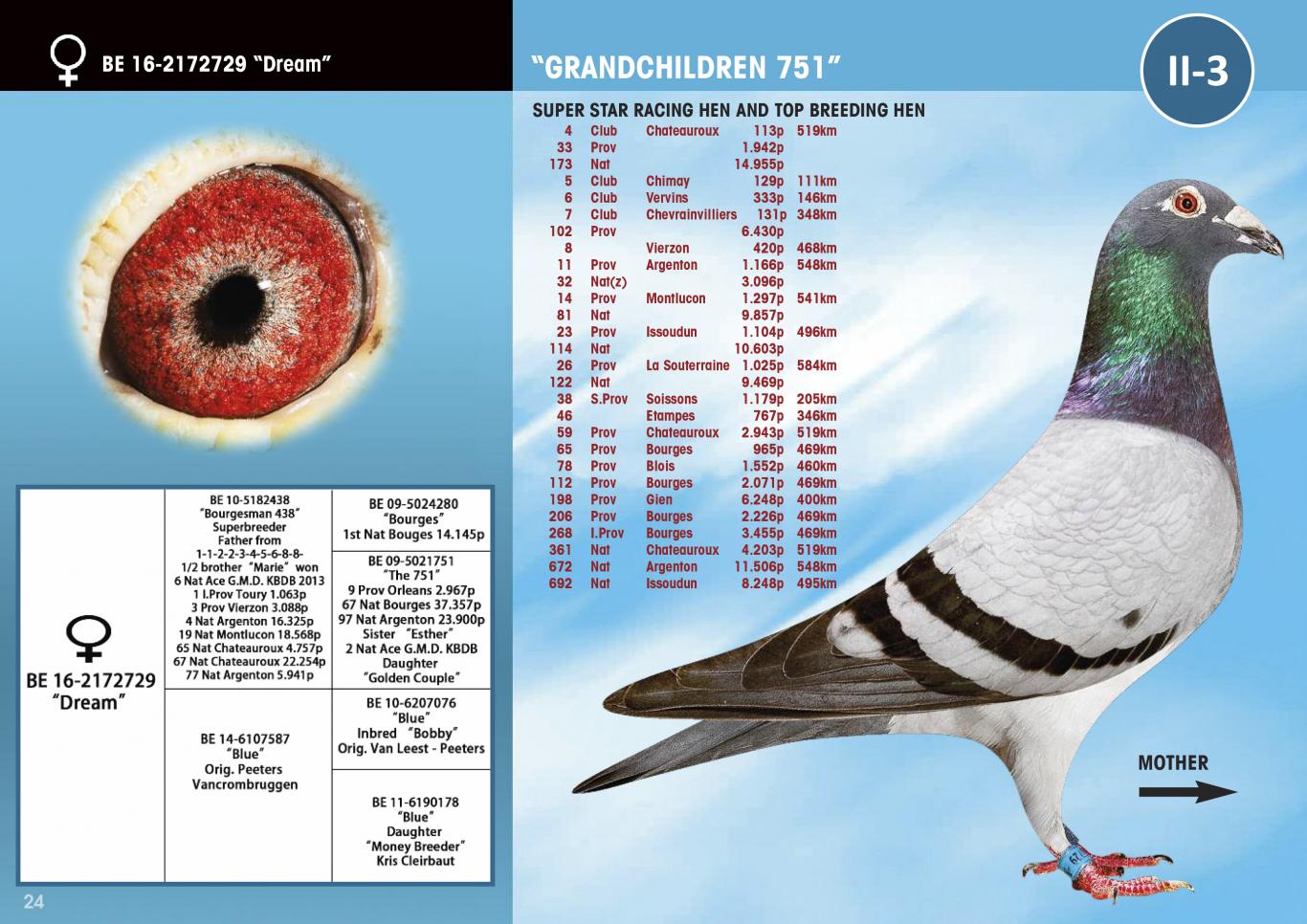 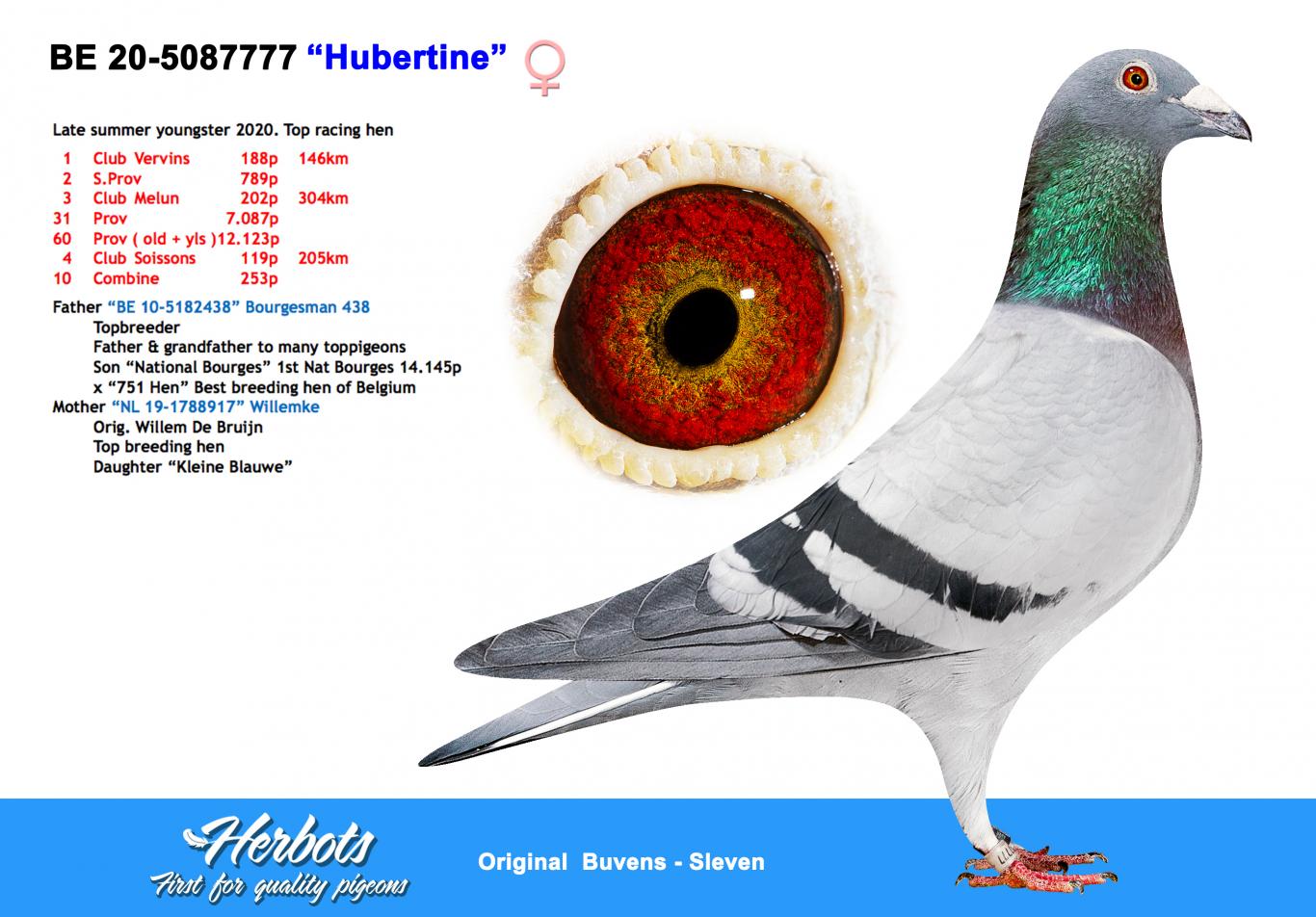 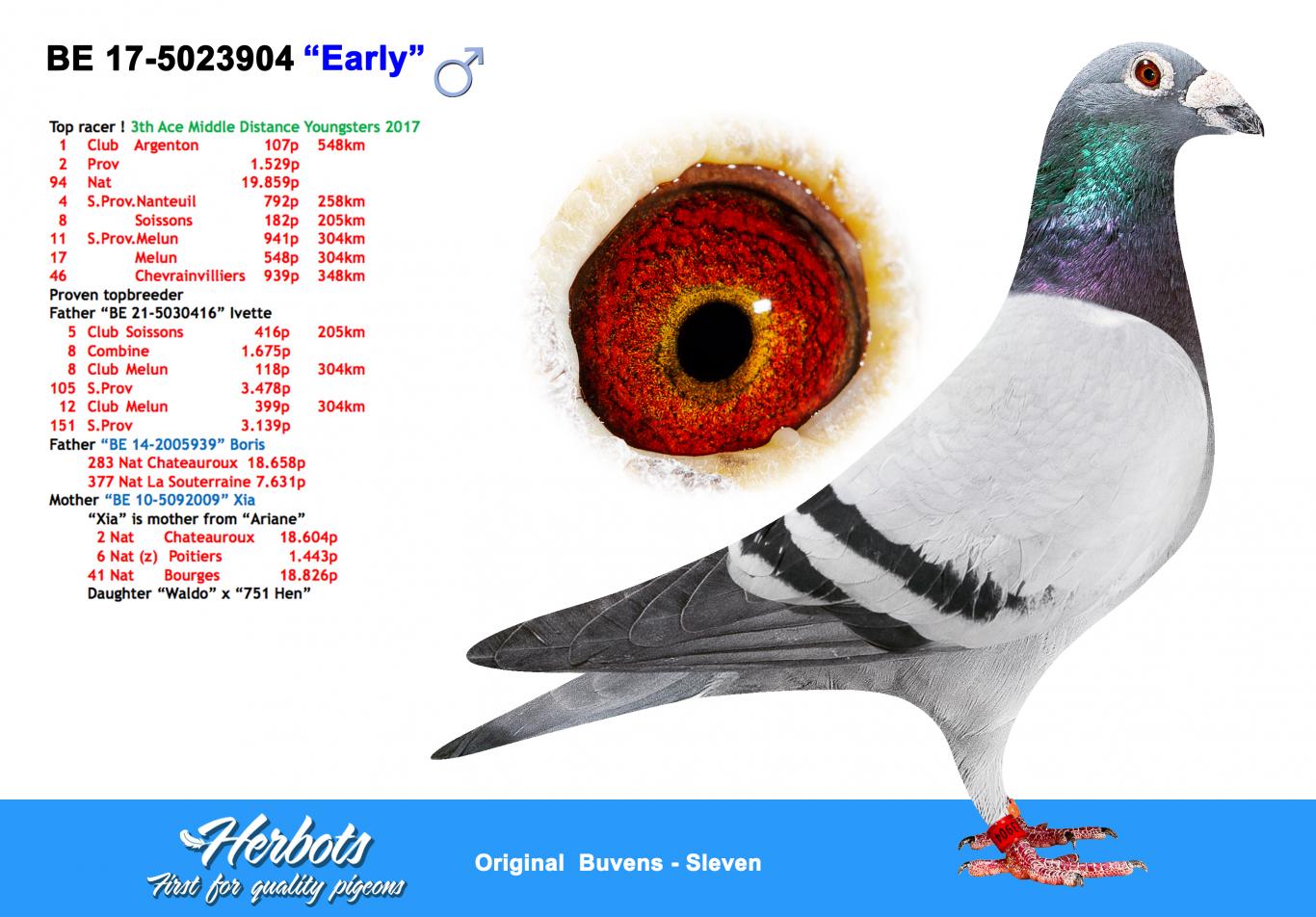 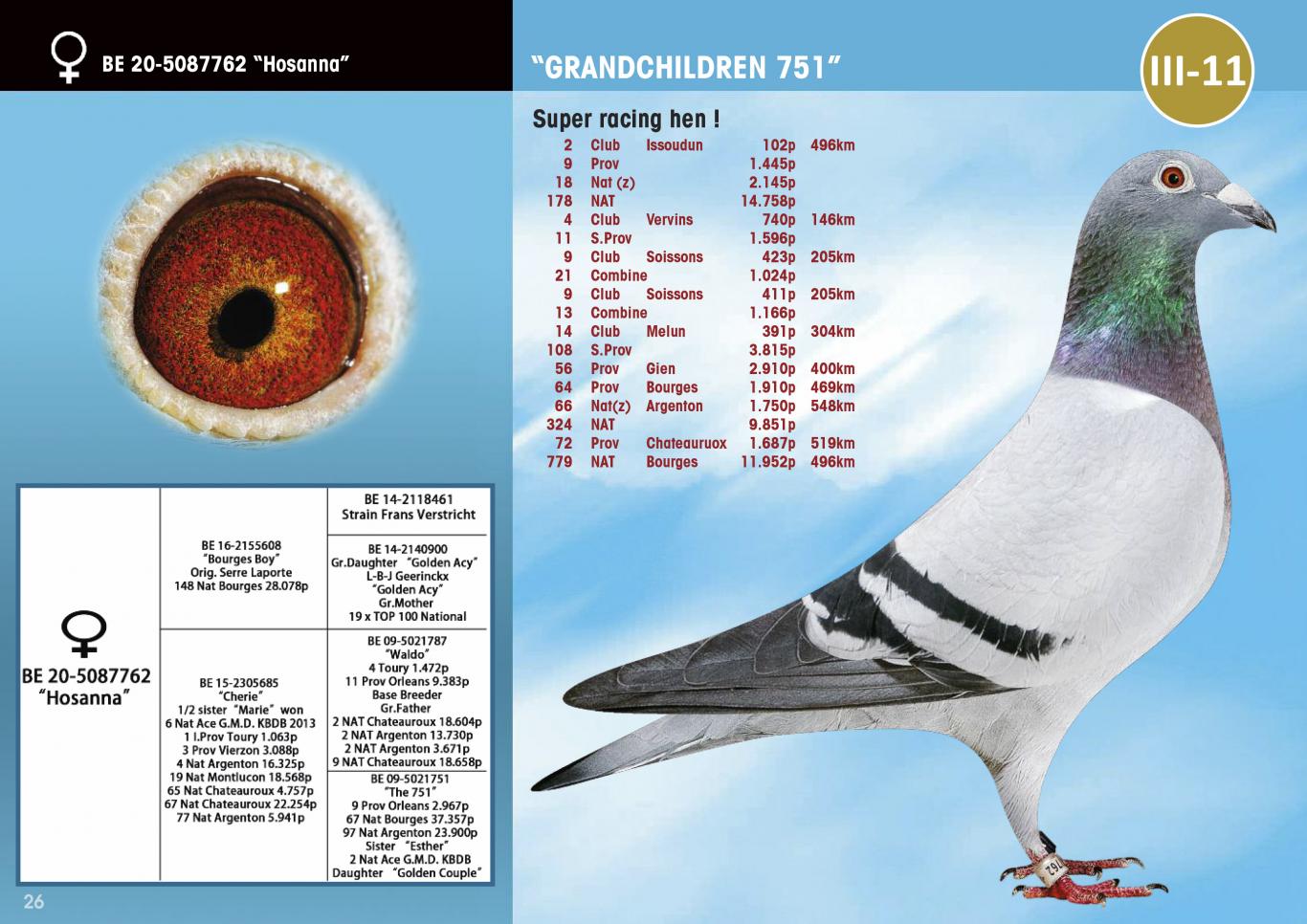 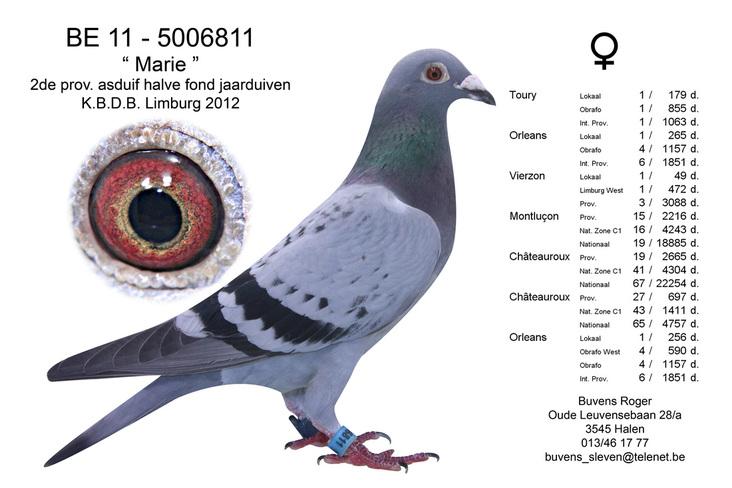 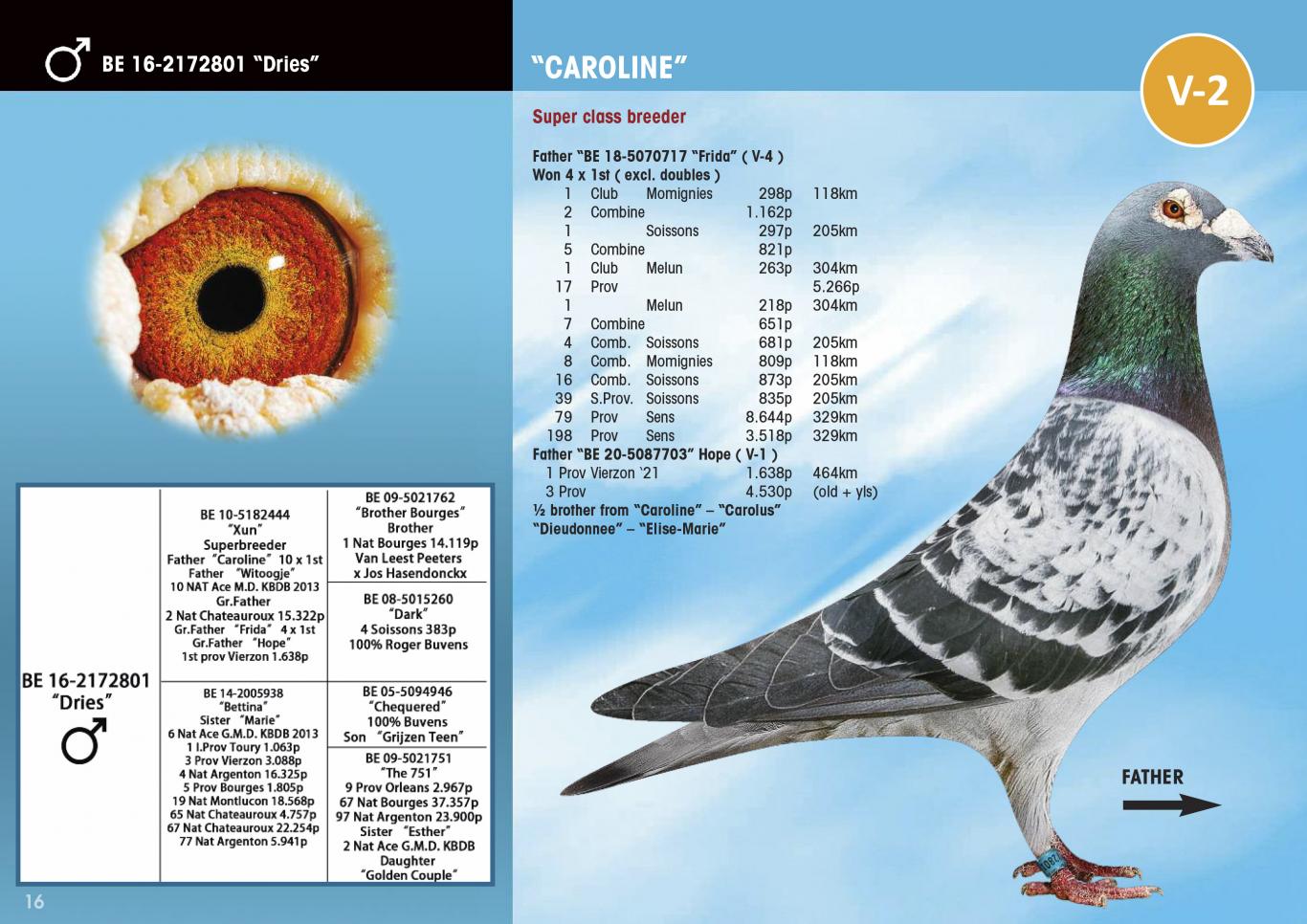 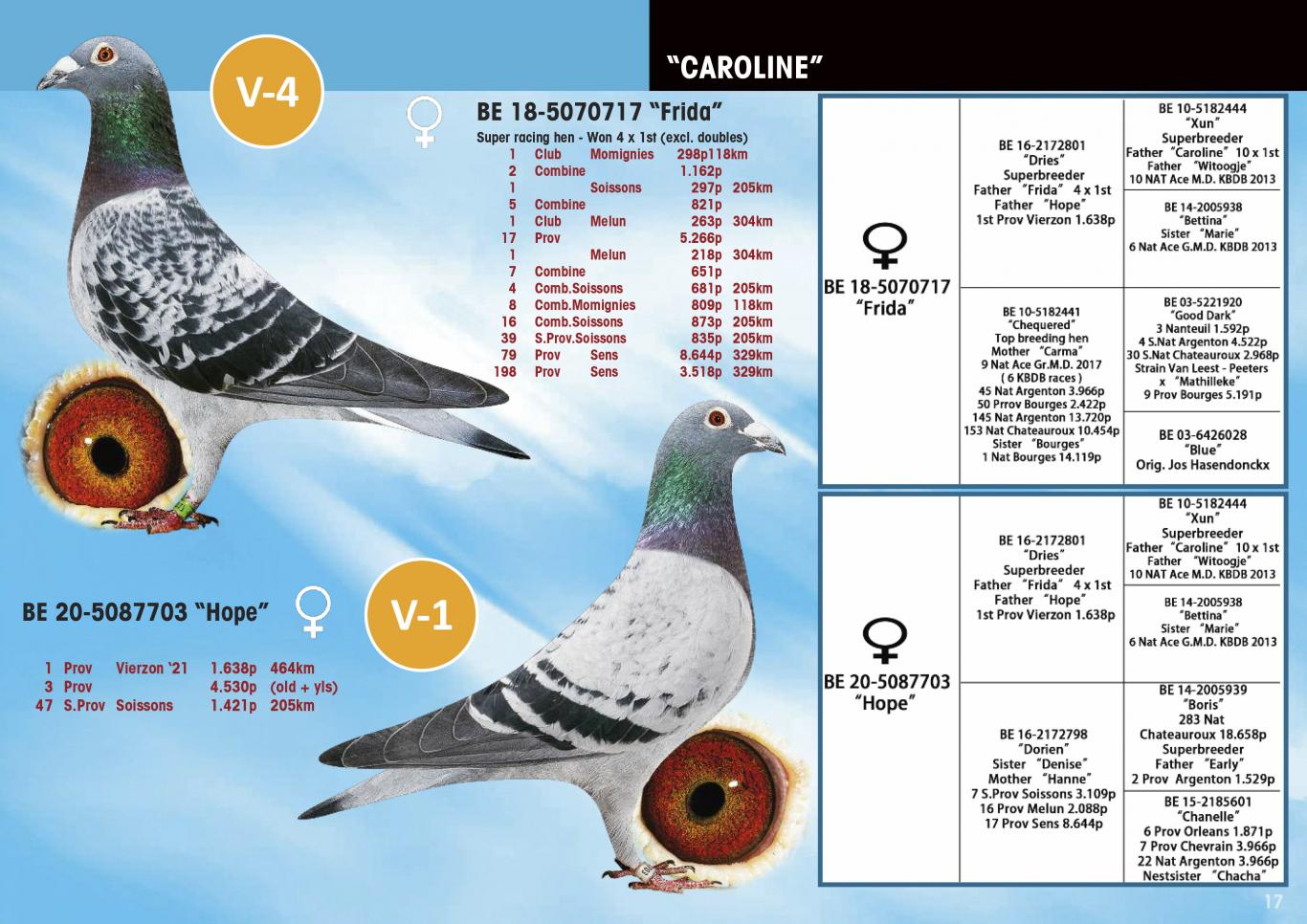 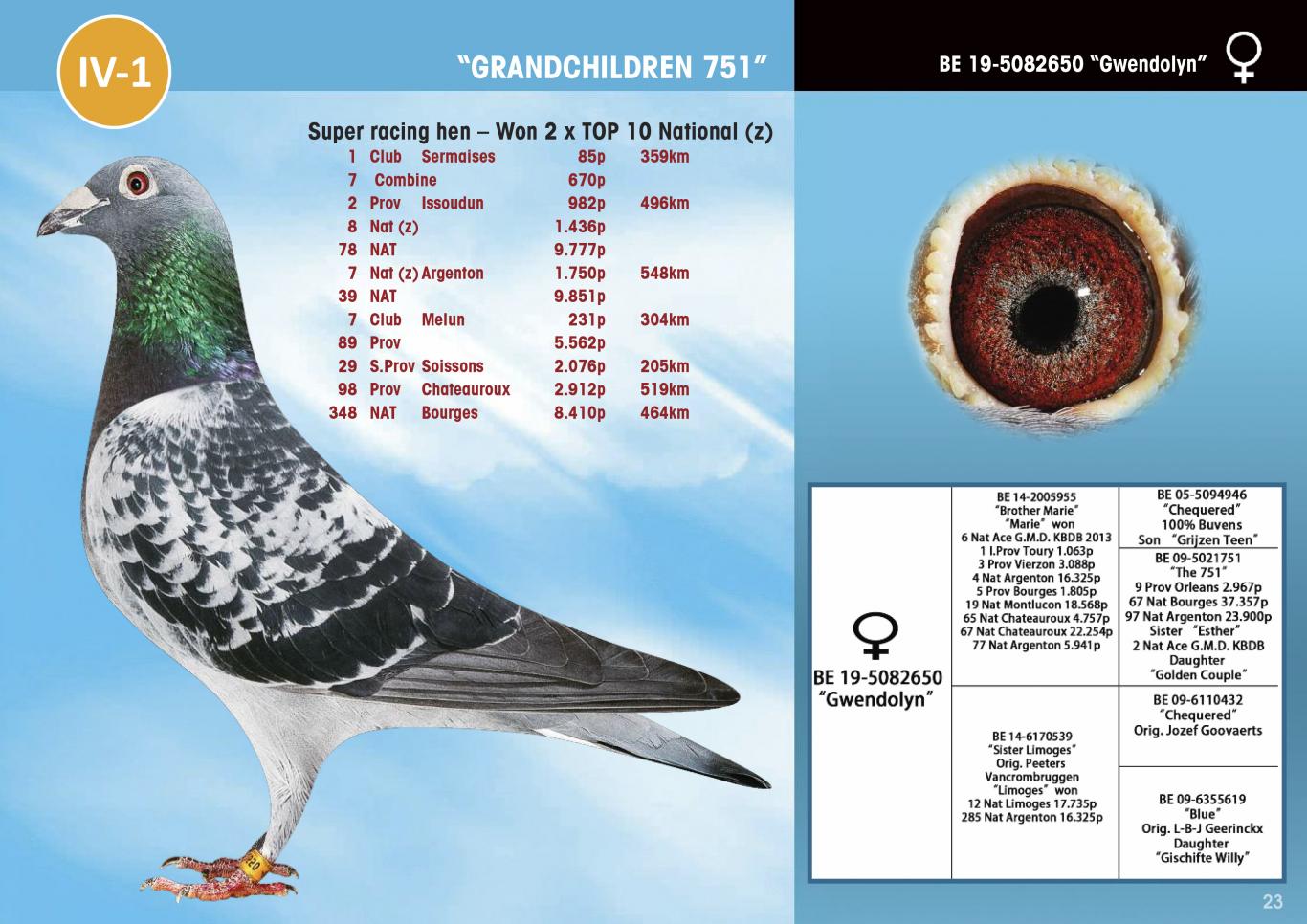 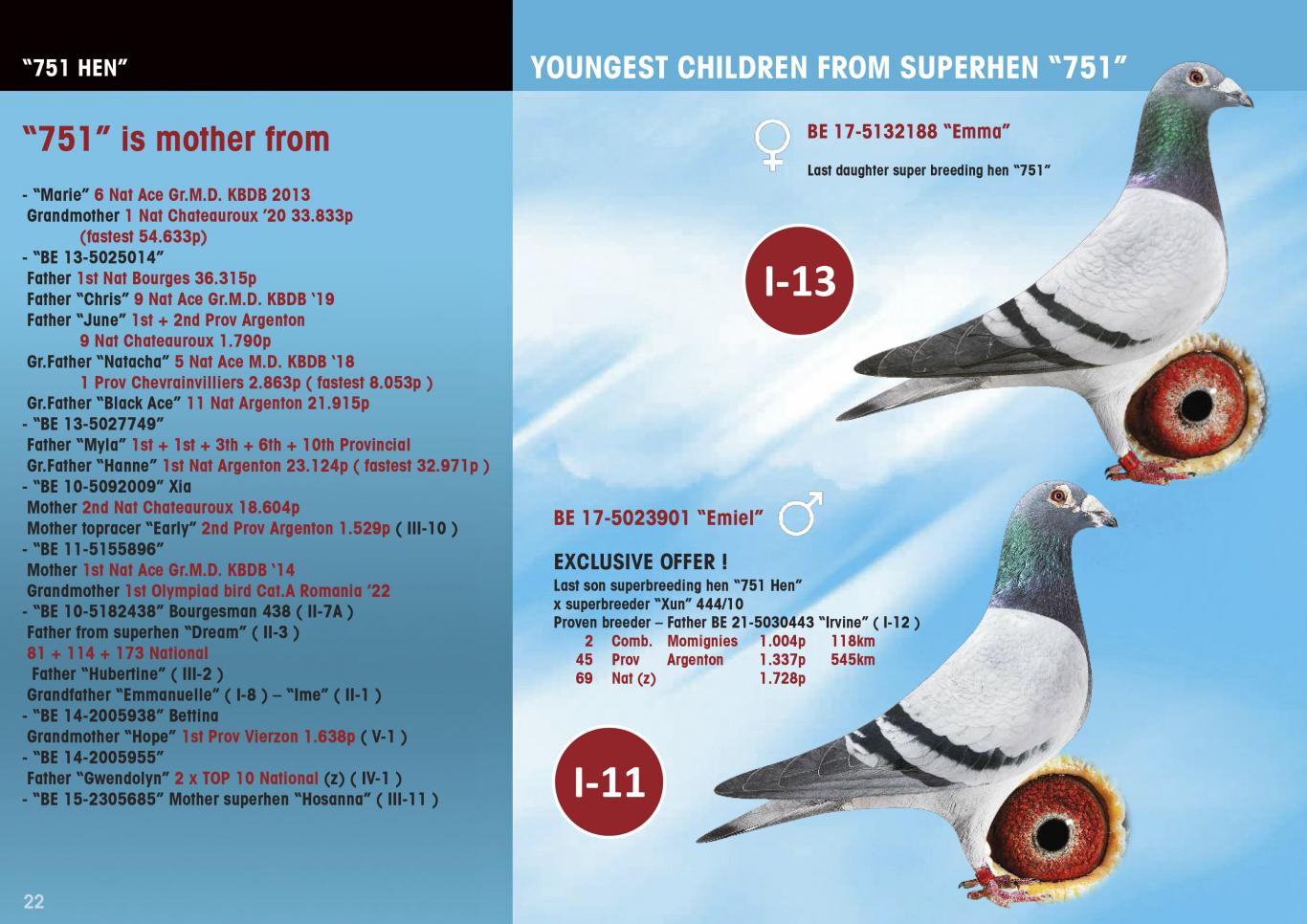