Andre… also named the “Keizer van Den Union” (Emperor of the Union Antwerp) smiles when we congratulate him with his marvellous victory. With a team of 23 cocks and 24 hens he is having once again an amazing season. If you are guessing that Andre follows the total widowhood system, you are wrong as for both sexes he races on pure widowhood (partner stays at home). The reason for this is that it is especially for the cocks a good thing when the partner welcomes them home. Andre noticed that the cocks which are being raced on total widowhood are harder to motivate the entire season trough.

Whether the “263-18” was motivated in a special way. “Not that I know off” tells Andre “but we can’t talk about his arrival. Nor I…nor one of the watchers so or heard him arrive. We just had a visitor and we must have looked the same direction the moment of his arrival. When a pigeon arrives I get a text message and it was this text message that told us that a pigeon from La Souterraine got home. First disbelief but a glimpse on the loft confirmed his arrival.

The old and yearling team are being darkened since a few years already in Spring. For the cocks it is until 2 weeks before Bourges National and for the hens even longer. But due to the Corona issues the racers were being darkened a bit during daytime as well and so a peak in form was being avoided. Playing with light and dark on the loft to get form on the loft…even this isn’t an unknown terrain for Andre.

In a matter of food Andre has the full trust in the quality mixtures from Natural. He works with mixtures like Sport, Super Diet and Nutripower which he enriches with peanuts and candy mixture. A lot happens on feeling and experience.
Andre also likes to give a few side products such as fresh garlic, apple vinegar + Naturaline, oregano oil, lecithin oil, Blitzform and probiotics from several different companies.

In a medical way he likes to keep the medicine cupboard as much closed as possible. In Spring The pigeons are being vaccinated against paramyxo and paratyphoid. About 2 weeks before the start of the season he cures against trichomoniases. Nothing else is being given, but Andre mentions that when he thinks that the results won’t be that good he’ll cure against head diseases with either Ornisol or Belga Tai (De Weerdt).

Andre…congratulations from the entire Herbots team 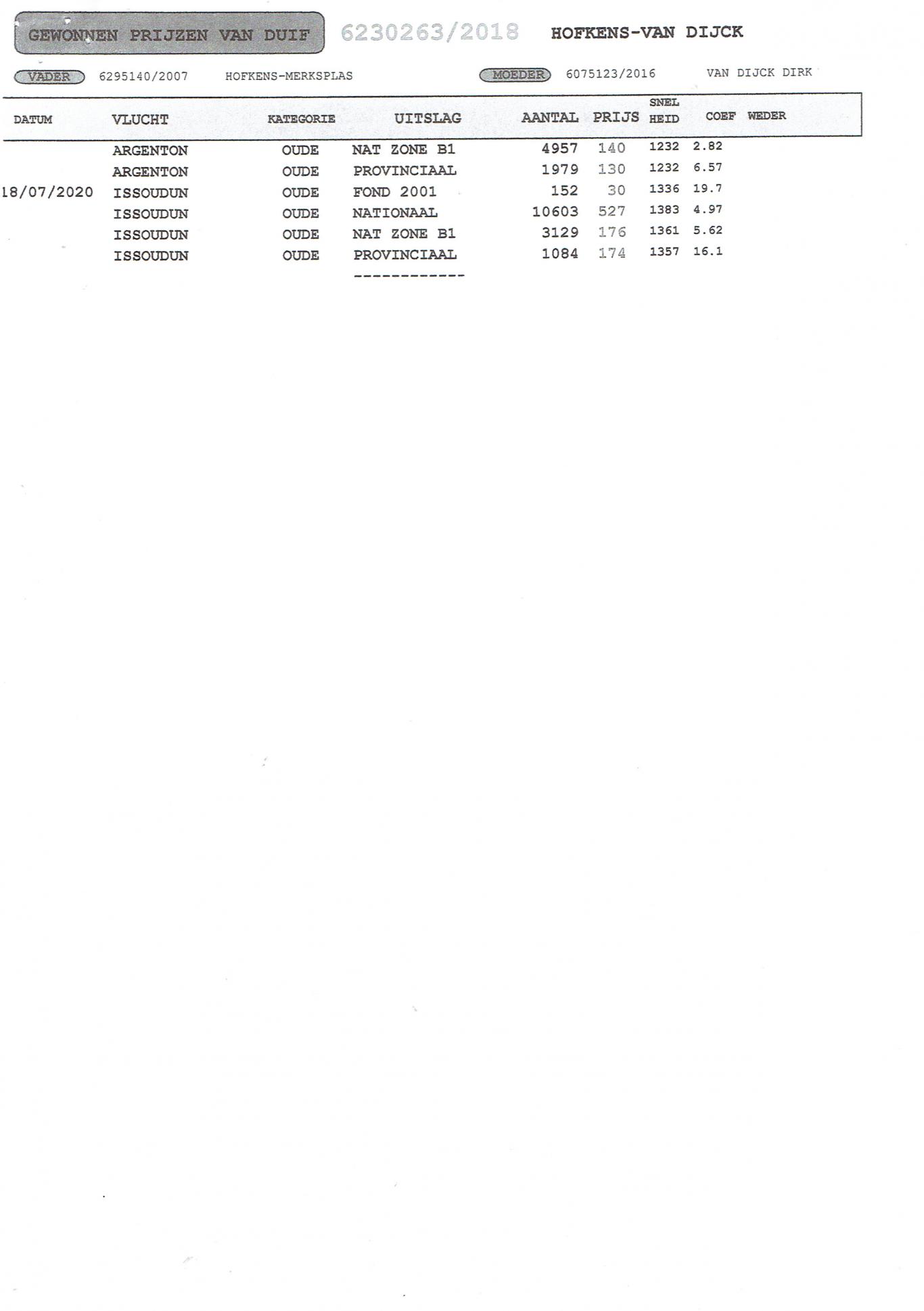 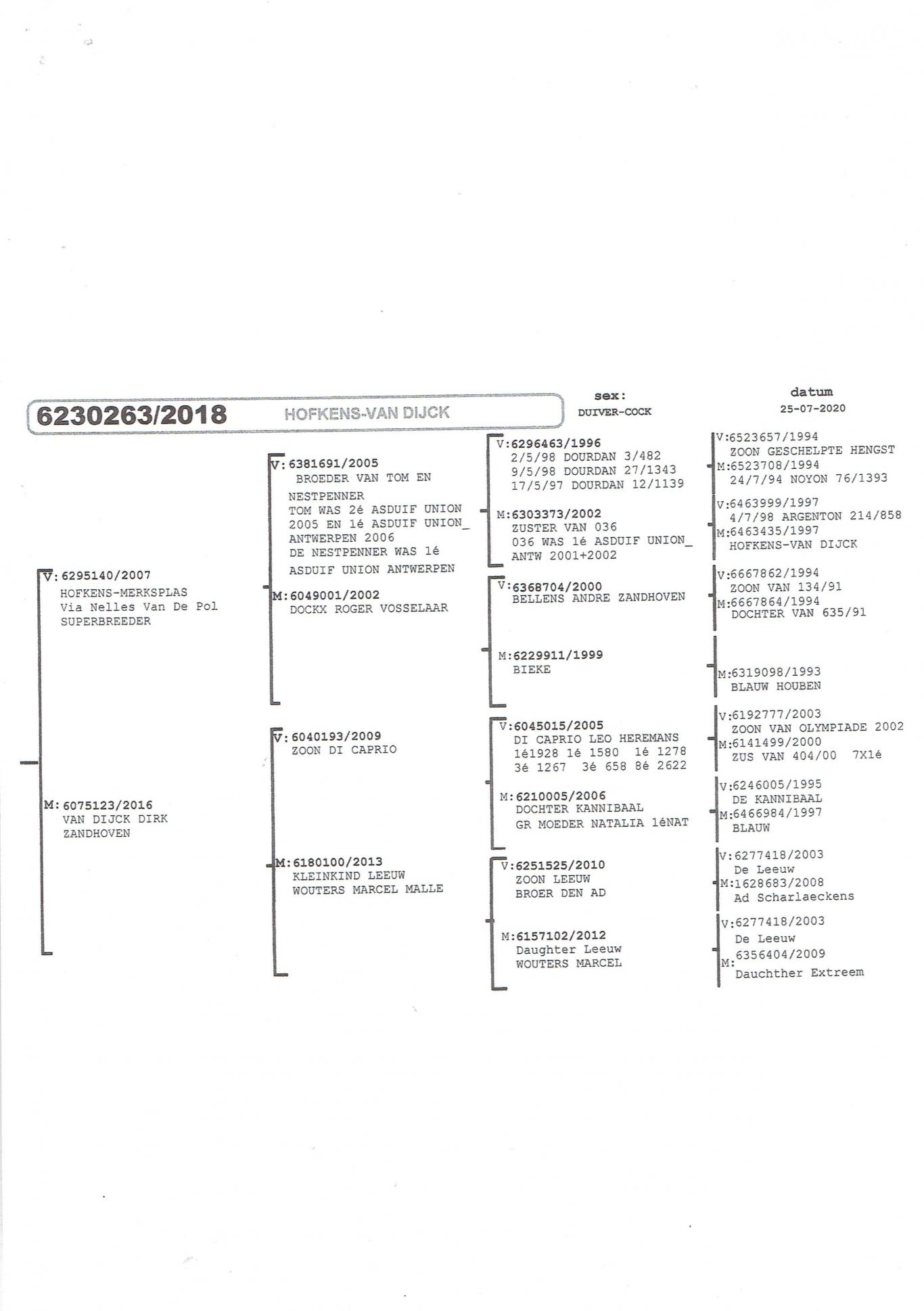 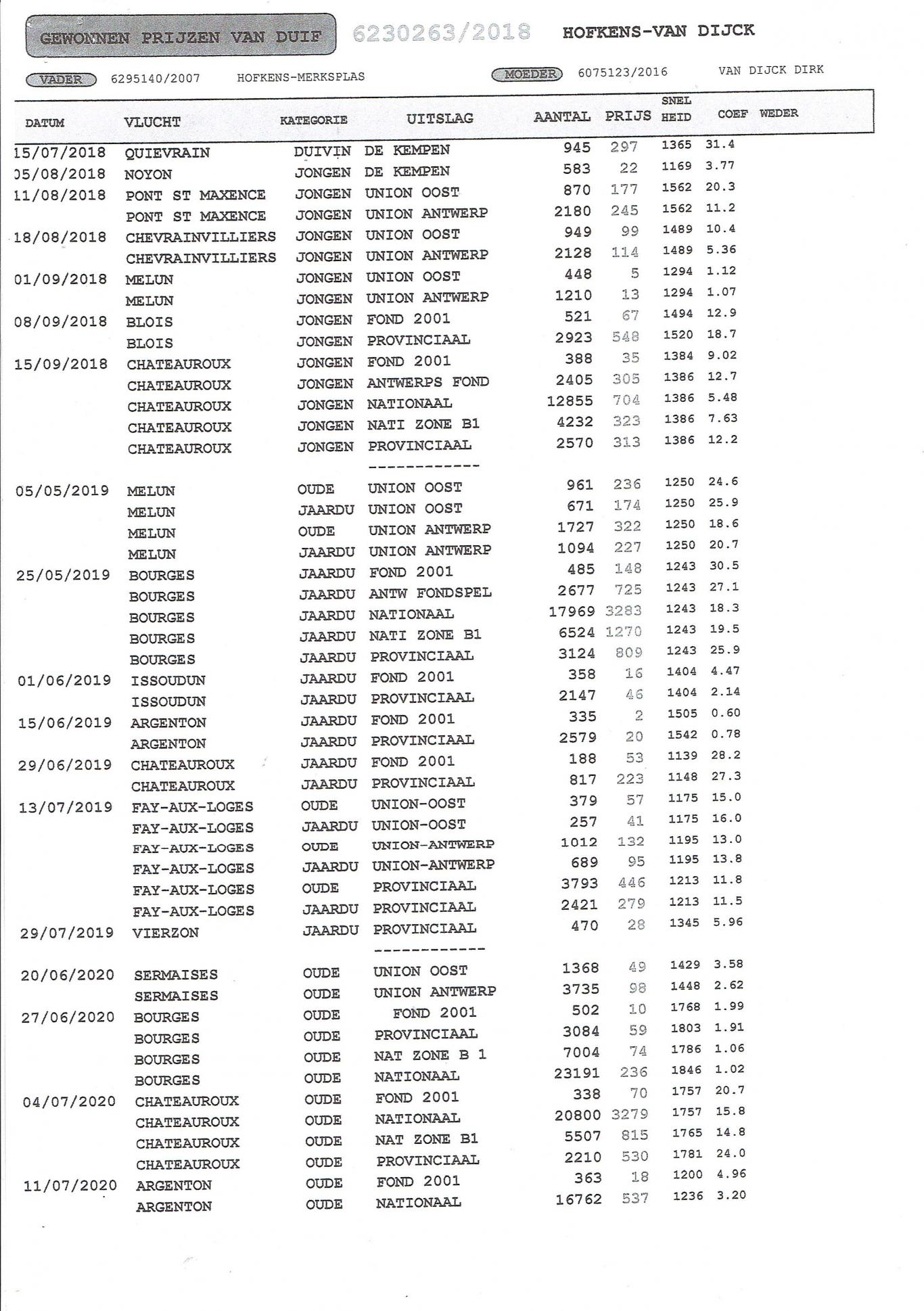