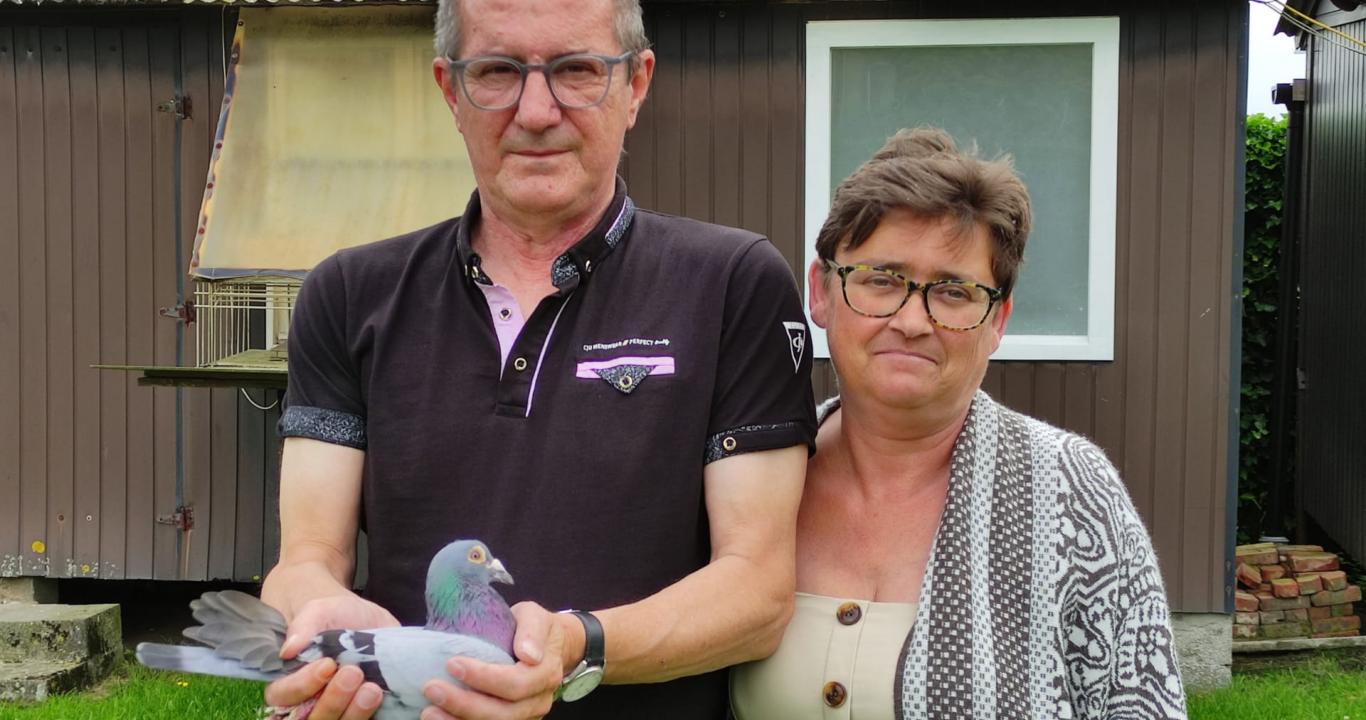 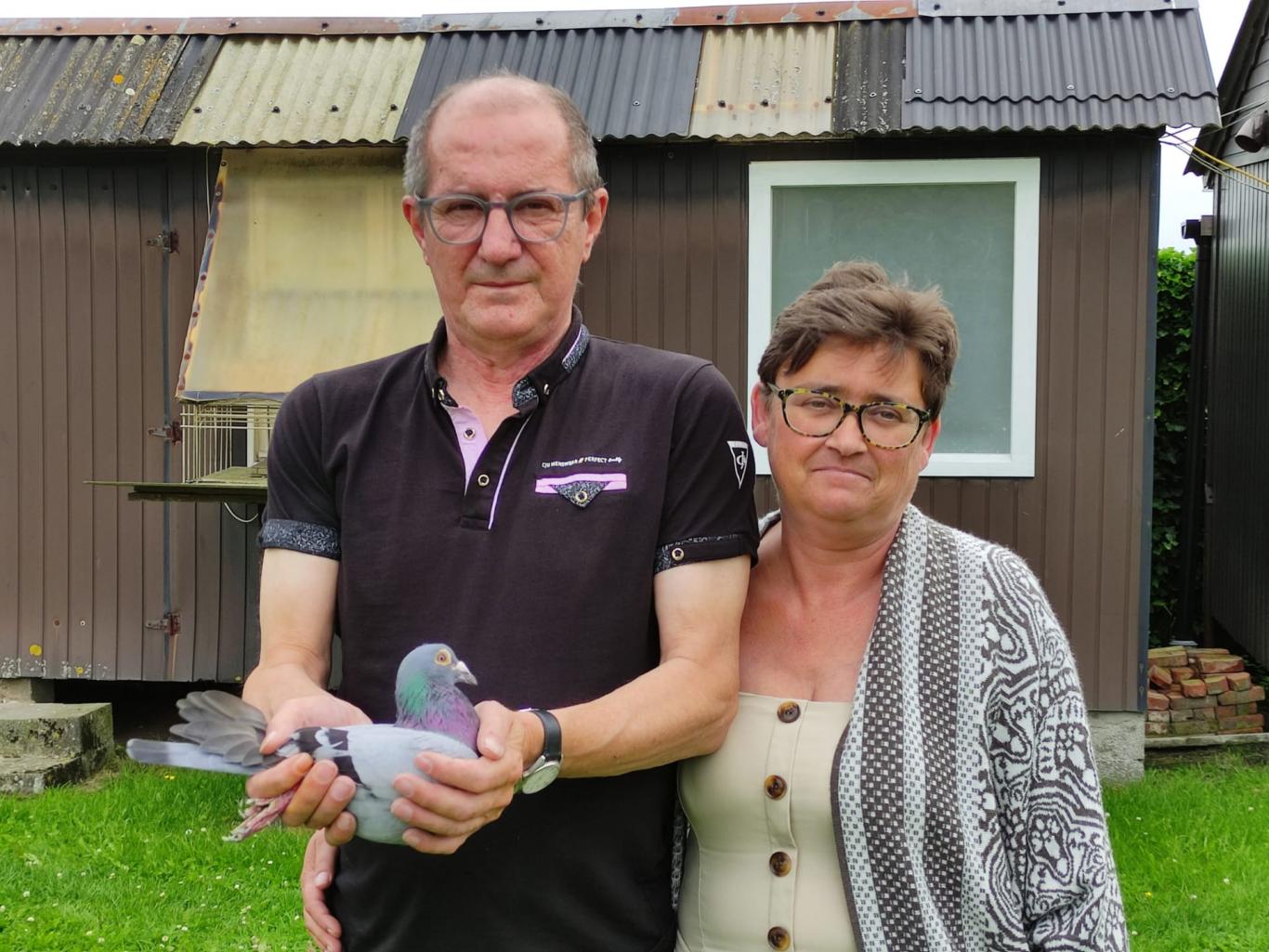 With this beautiful international victory out of Agen the reputable tandem out of Dadizele (Ignace en Sabine) place themselves in the gallery of the biggest and add an extra pearl to their richly filled crown.

It would be a nice race out of Agen. A very broad international competitors field of 35,725 old and year birds and beautiful weather over the entire race. This was a relief after the variable weather of the past weeks whereby the races knew a though and hard course.

In the long row…

It aren’t ‘stupid’ ones that won this beautiful victory. To point out about which champions we’re talking about we’ll show you the titles and top results they already have on their palmaris :

No one can deny that we’re dealing with real champions.

‘Het Blauwe Bultje’ (BE17-3129852) succeeded in leaving 35,724 pigeons behind on a fair and nice race of 789 kilometers between Agen and Dadizele. Nationally it is the 1st prize against 6,939 old birds. This blue cock already proved being able to handle the extreme long distance, but can also do it on the greater middle distance.

Ignace and Sabine have formed their own all-round strain the past years. They race on the short distance, middle distance, greater middle distance and long distance head prizes (which results in several classifications as general champion and title of General Champion in 2016 as icing on the cake). Their strain is formed out of both long distance names (Toye, Vandesteele, Denduyver, as middle distance names such as Reynaert and some other strong racing fanciers out of the neighbourhood. They keep the good ones and breed out of them. This way, based on simple logic, they have pigeons that can do it on all distances.

‘Het Bultje’ was basketed after he could cuddle his hen for a few hours. Normally only the nest dish is being showed but due to the unsure weather of this season they decided to show the partner for a couple of hours to the 2 pigeons who were going to be basketed for Agen.  And with a strong result as both pigeons made it .

National they win the 1st and the 123rd (only 2 pigeons basketed). These two raced on Agen last year also the 94th and the 247th national against 5,140 pigeons

The racing team exists out of 50 widow cocks who are being raced on the classic widowhood system from short distance to extreme long distance. They don’t breed before the season starts.

From the moment the temperatures allows it the widow cocks train twice a day and the form is being evaluated based on the intensity of the trainings.

The care is classic and doesn’t have a lot of ‘miracles’. Food is a classic sports mixture and pigeons are being fed more heavy with an energy full mixtures (Vanrobaeys).  They didn’t have to worry this season about any diseases yet so no single treatment was needed by now.

They do pay close attention to signs of trichomoniases and to suppress it they give yellow drops on a weekly base.

It is crystal clear the this well-oiled tandem has the widowers game in their fingers. Proving the classifications and results out of the past with this reward on Agen on top of it.

The pigeons get normally on a weekly base vitamins in the drinking pot (Gerwit W - Röhnfried) and at basketing they get disinfecting eye drops.

But which is the breakdown is the quality of this pigeon strain. They have been classified yearly over the past 10 years within the provincial and national classifications. They won 10 zonal and 2 national races and are to be found on a weekly base at the head of the race. This can only be done when you have a good breeding loft and a fine pigeon hand. An honest day’s pay !!

Beautiful winners Ignace and Sabine who won a marvellous international victory on an honest race out of Agen. 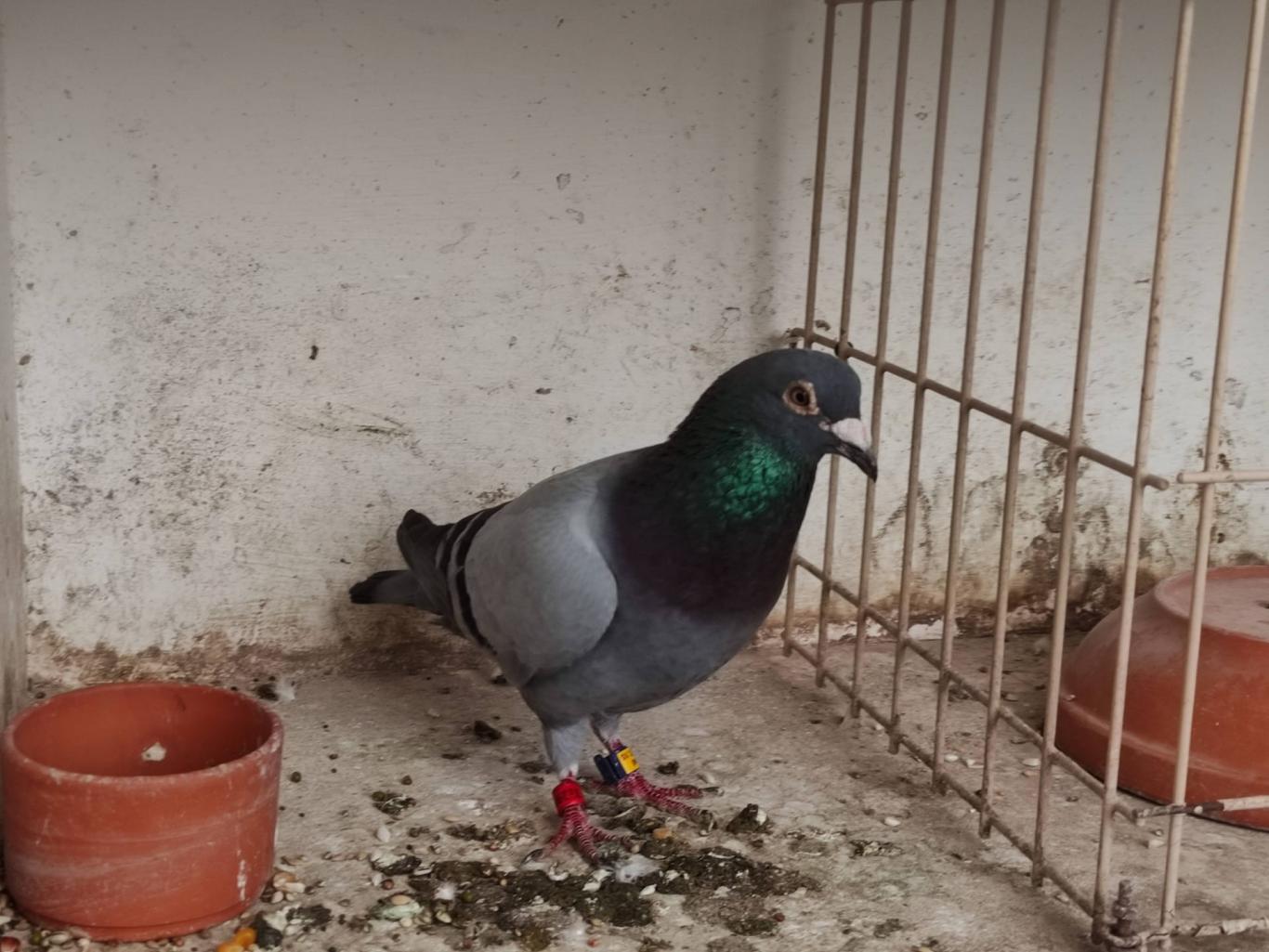 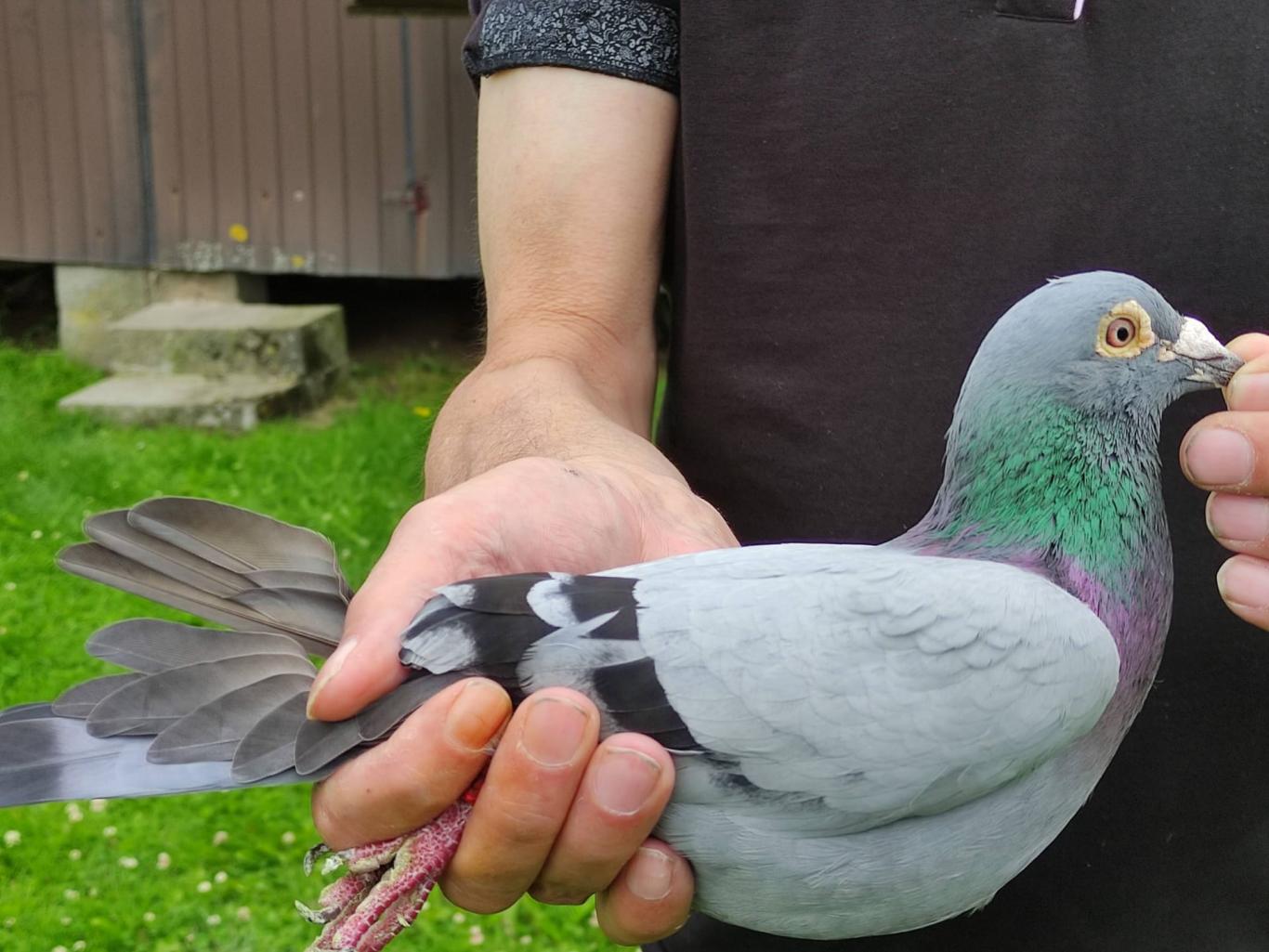 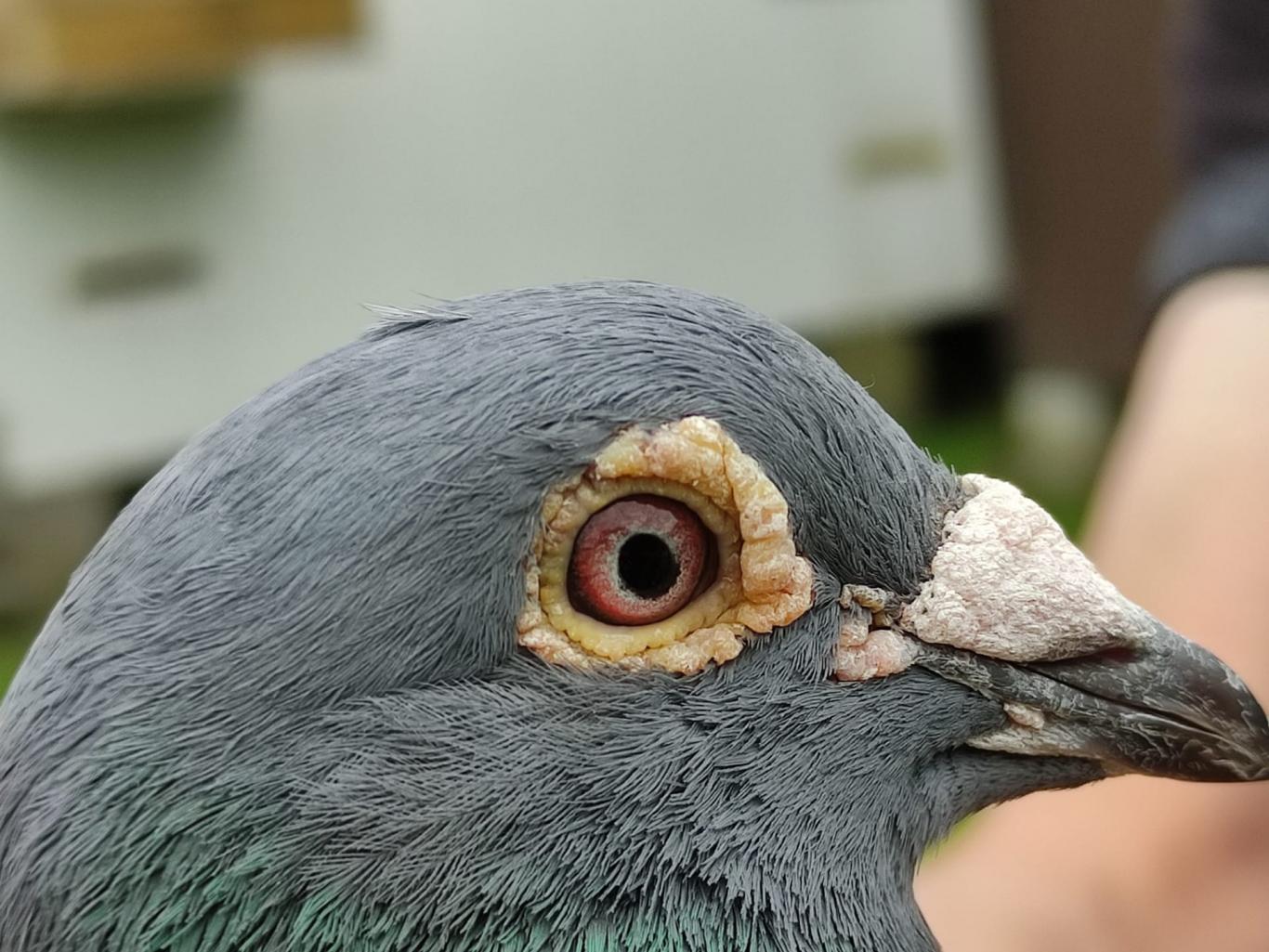 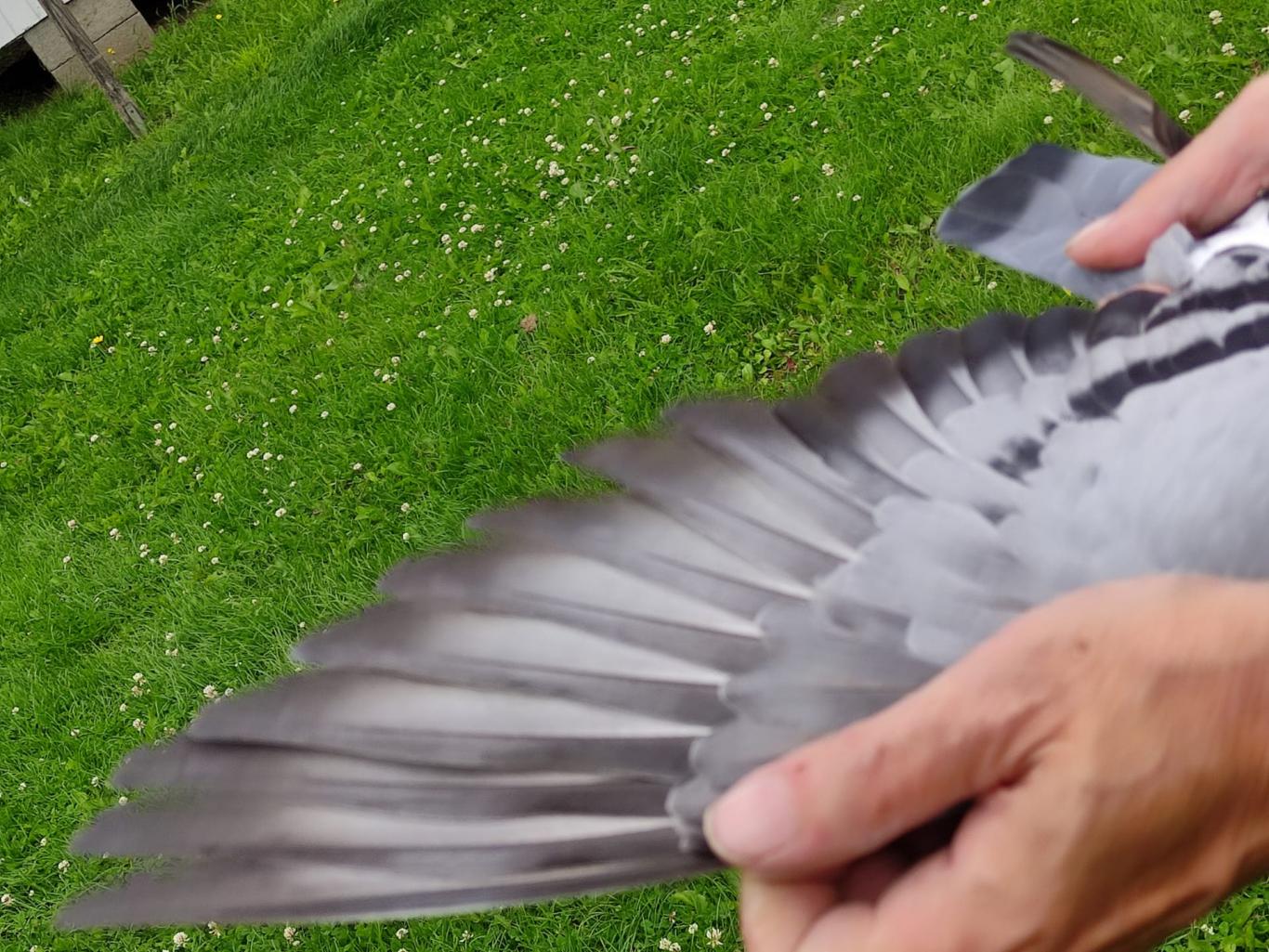 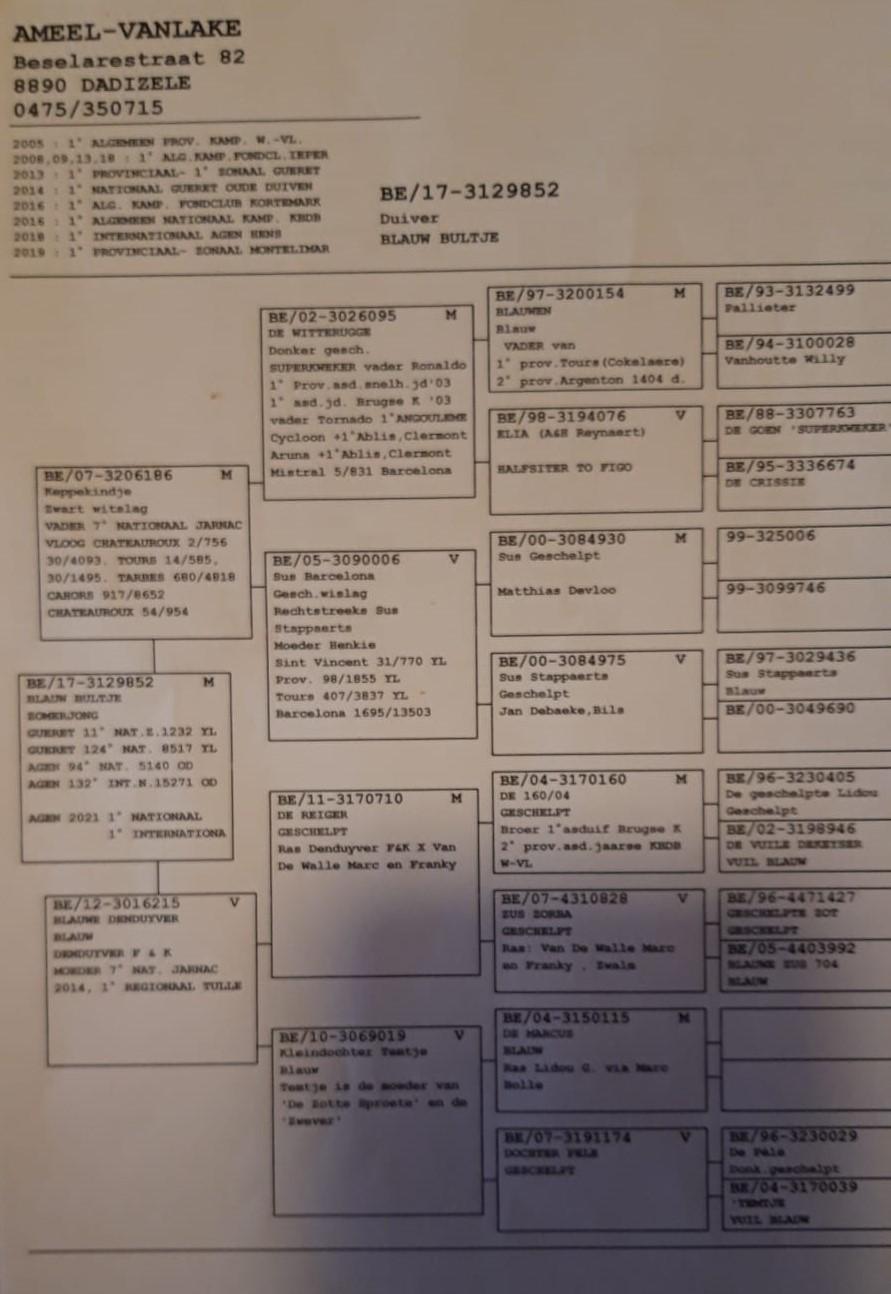 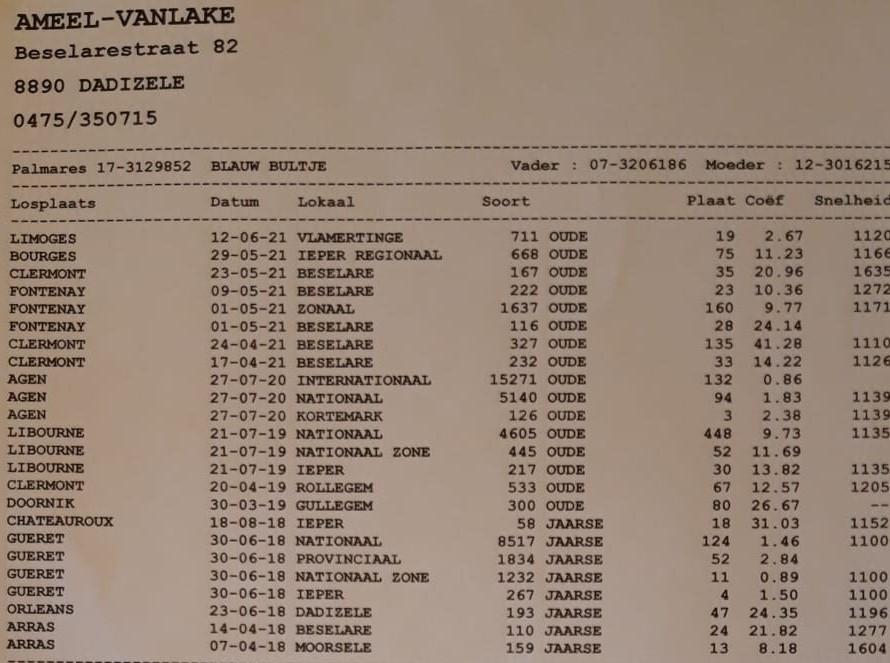 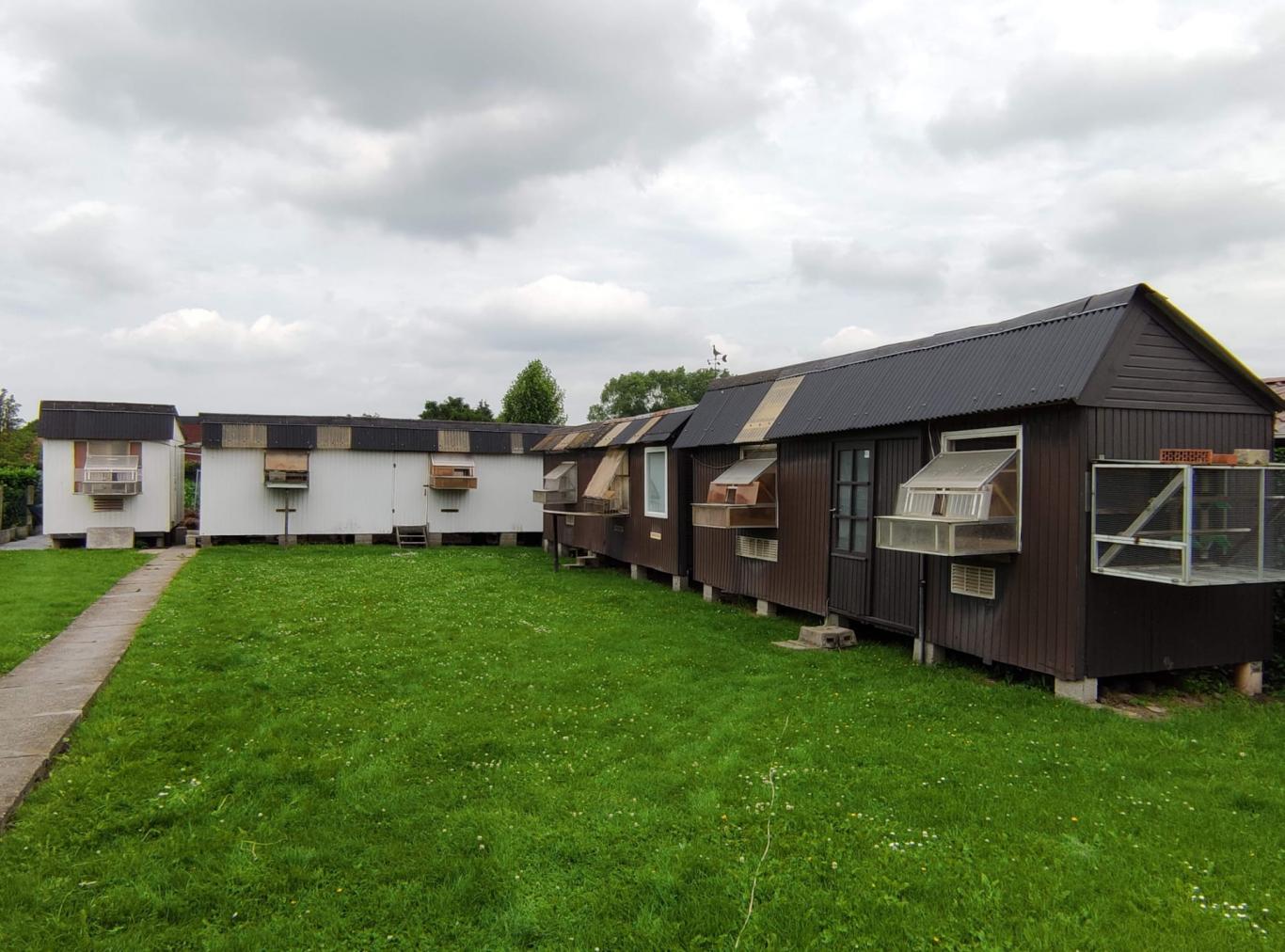