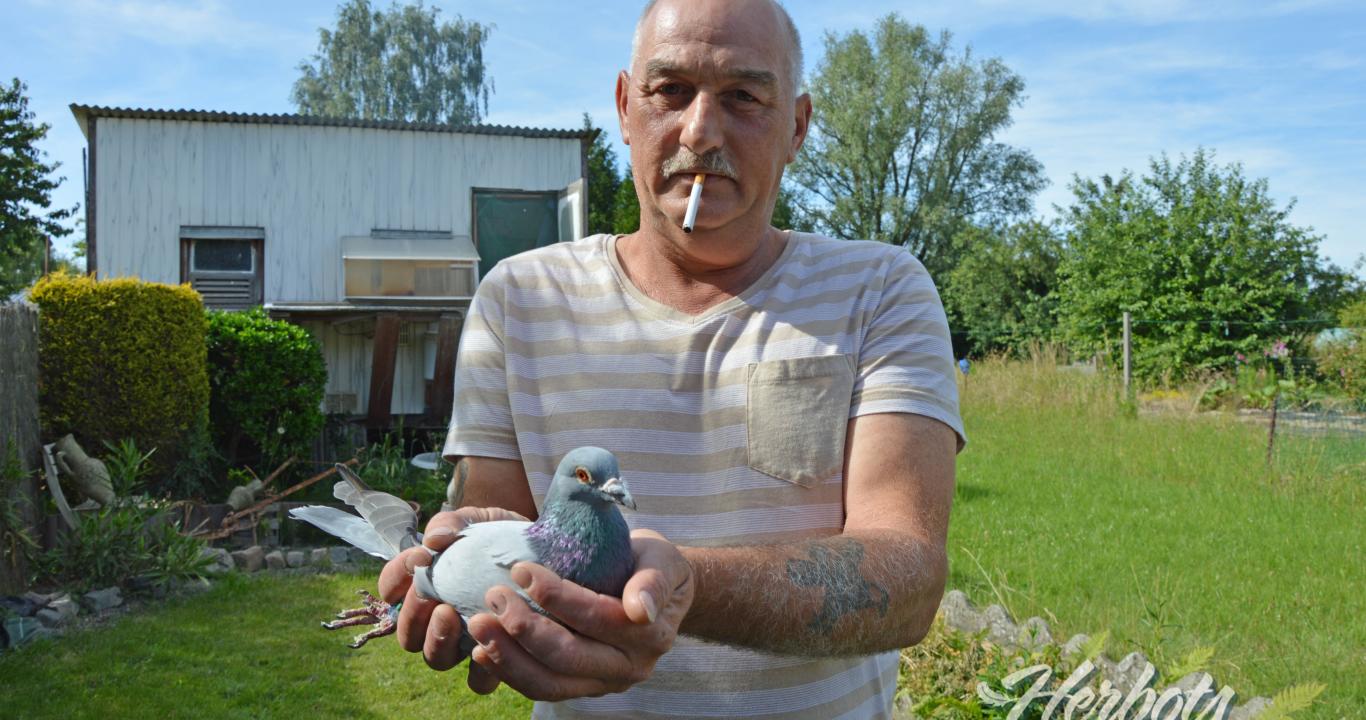 Pau is traditionally the first extreme long distance race of the new season…a classic that every marathon fancier wants to have on his palmaris and this year it was Aldo Lizoen that could take out his most fancy pencil to note down the national victory out of Pau on his list of honour. His marvellous blue cock “De Pau” (B15-1057243) went into the basket as 4th out of the 4 pigeons competing and clocked on a speed of 1,030.24 m/m. He left all Belgian competitors behind and on the international result he place himself nicely on the 9th spot.
Pau isn’t the first big victory for Aldo Lizoen…no…in 2008 he already won 1st International Tarbes against 12,549 old birds. References that count !

ODE TO HIS FATHER VALERE

Aldo, a mason of profession, has been involved with pigeon sport only since 2000. It used to be his father Valere who was the pigeon fancier in the Lizoen house but when he passed away in 1999 Aldo took over the colony on request of his mother and placed his first steps into our beloved hobby.
Our national Pau winner still has his fathers’ pigeons and the past few years the after breed of the international Tarbes winner were the perfect ‘power injections’ to make this small colony even stronger. He has a team of 24 widow cocks. These are 10 old and 14 year birds. The old pigeons get the national long distance and extreme long distance to work on, while the year birds have their end exams on Narbonne.

The widow cocks were being coupled beginning of January, raised a couple of youngsters and are since then on widowhood. They don’t have a second coupling before the season anymore. Only the 6 couples breeders can breed several rounds of youngsters.
Care is simplicity itself. He has 2 widow cock lofts and on one loft the pigeons are being fed individually and on the other loft all together. At homecoming they get a mix of Super Diet and afterwards it is being changed onto the standard mixture. ‘Toujours plein’ is what Aldo tells. Also electrolytes at home coming and on a regular base brewers’ yeast with garlic oil over the food. In a medical way the widow cocks get a tricho pill before the start of the season and now after Pau the Pau racers will be treated a second time against tricho and this during 7 days with a product from the vet.

Aldo tells about his winner very proudly “ “De Pau” only had in his birthyear a few short distance race and probably he also flew 1 or two national races, I would have to check that. In 2016 he came home heavily hurt. I even believe he had a broken paw. He just stayed in his box and recuperated fast, but off course his season was gone. In 2017 he got along again and won ao. the 491th Nat. Libourne. And now on his first real date of the season he runs off with the palm “

Aldo…please do enjoy this victory and a big congratulation