The 1st provincial race for youngsters was organized in Orléans by Brabantse Unie. 2,496 young pigeons entered the race and the 2 fastest young pigeons can be found in the lofts of Wilfried Timmermans. These 2 were also the 2 fastest of all 4,221 pigeons that were released in Orléans. A nice boost for a loft in form towards the national races. Bourges is in sight and the battle will once again be tough to compete at national level, but here in Schaffen in Brabant they are ready for it.

Wilfried took over the racing loft of the late Freddy Kestens last year, a wooden loft with 6 sections where aviaries are now placed and where the pigeons spend a lot of time. It's a choice but so far it works. The lofts themselves are well enclosed so that the pigeons can sit in them all day long.

The youngsters of the first 3 rounds are among each other from the start, due to his independent business, exhausts in multiple groups are not feasible. But for this he gets help from his friend Ludo, who fortunately helps out every day. The youngsters were darkened from mid-March to approximately June 10, after Orléans he started to lighten and will continue this until the end of the season. The goal here is mainly on the national flights.

The youngsters train daily once a day, they don't fly for hours like elsewhere, but rounding the hour is no problem. Now after a few tough flights, the training during the week is a bit less, but they make enough kilometers during the weekend, so this is not a problem. It is a tough season for all our pigeons due to the weekly headwind and this will not make it any easier for the youngsters in the national races.

In terms of training, the youngsters were taken away at 2km, 5km, 20km and then it went 2x to Fleurus. They flew 3x Momignies, 3x Soissons, 1x Nanteuil, 1x Sermaises and now Orléans. After Orléans, which was also not an easy race, they flew Momignies to regain confidence and to give the pigeons some rest for Bourges. Every week, the youngsters were raced 1x extra up to 50km, but he no longer intends to do this from Bourges.

The pigeons are raced on the sliding door and come together for 3 hours on the day of basketing. Afterwards they separate again and they are still well fed. The youngsters mainly received young pigeons from Matador in the spring and still are. Only towards the basketing they work with Turbo Energy to feed them with some candy. During the week, oil is added to the feed together with vitamin ral or brewer's yeast and they receive electrolytes when they return home.

He goes to Guy Mertens for a check-up once a month, when something is wrong he intervenes, but so far received 1 cure for tricho and coccidiosis in the run-up to the season along with a cure against the respiratory tract and nothing else. He is not in favor of taking a cure during the season unless it is really necessary. The young pigeons were vaccinated against paramyxo, rota and smallpox in the spring. 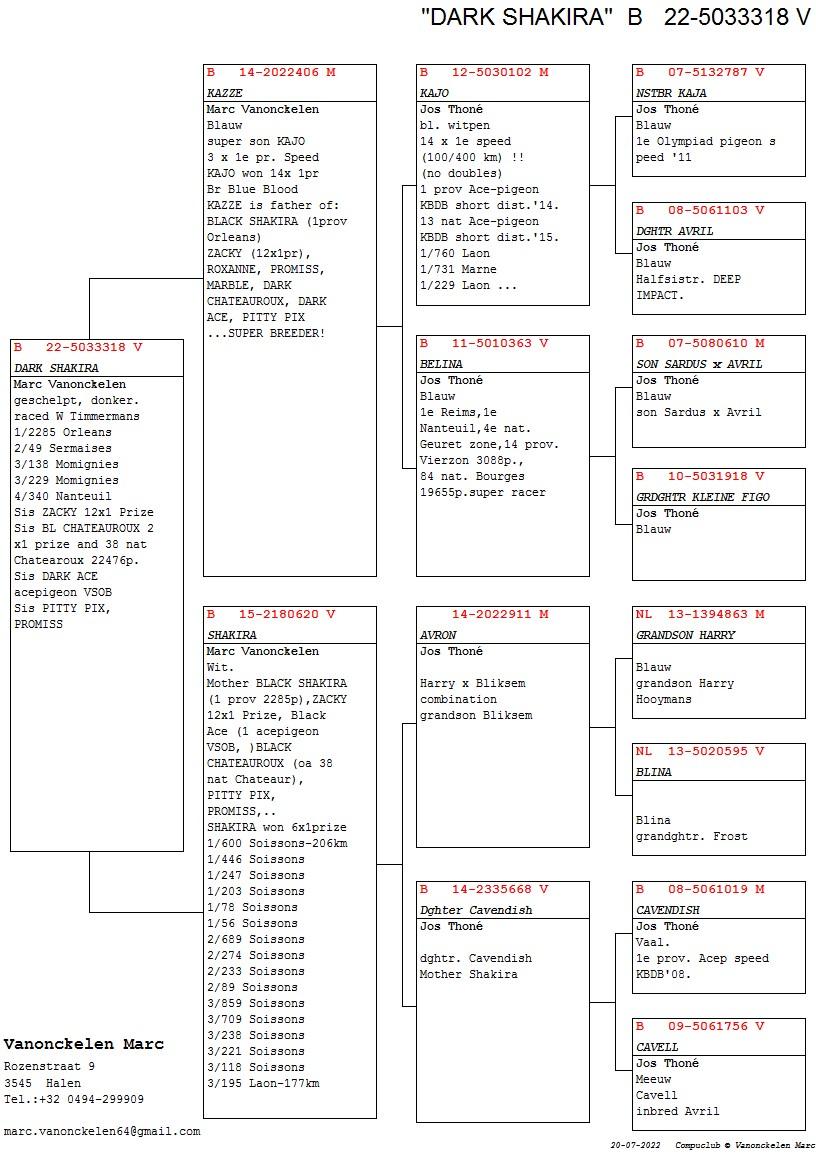 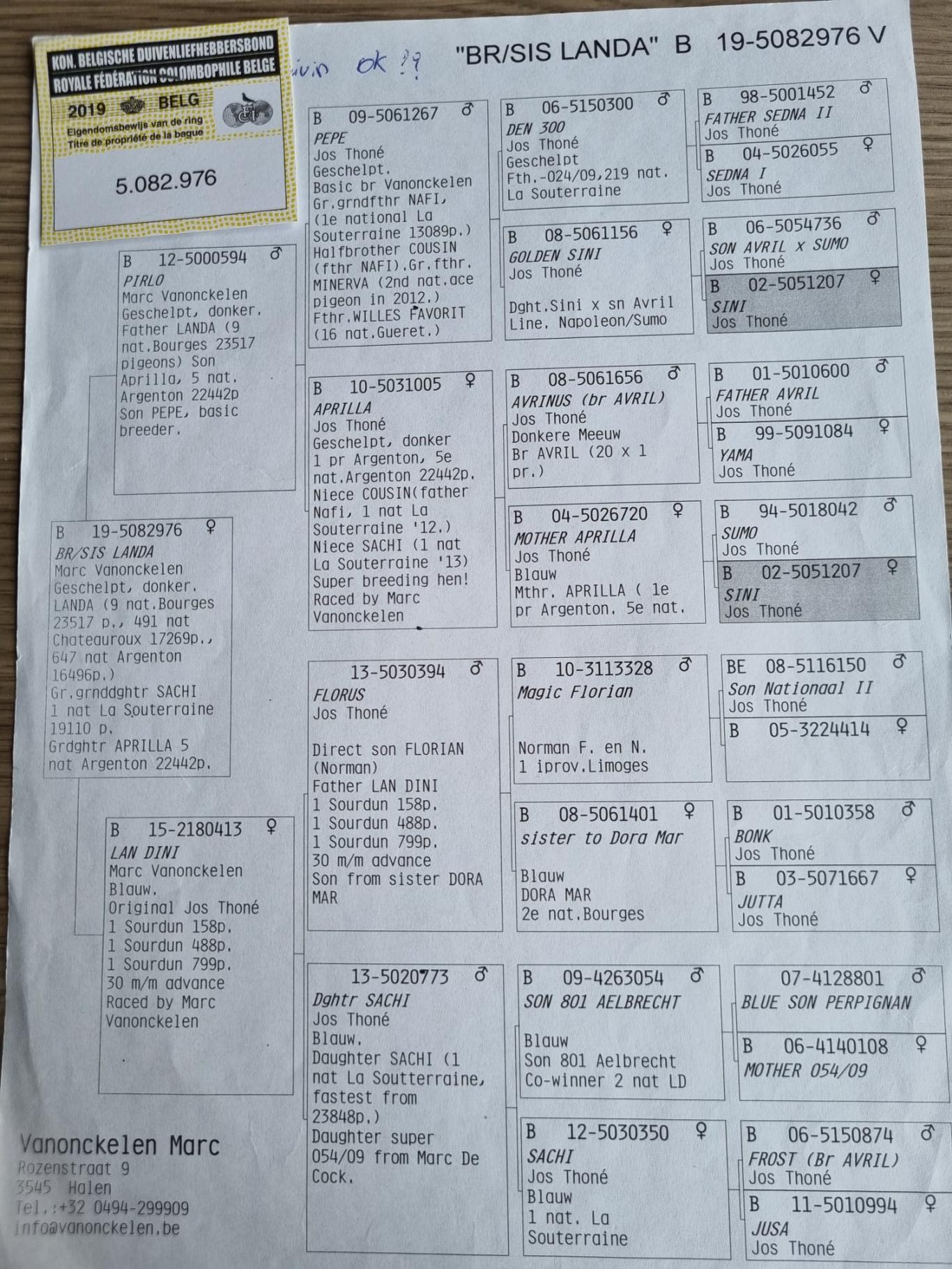 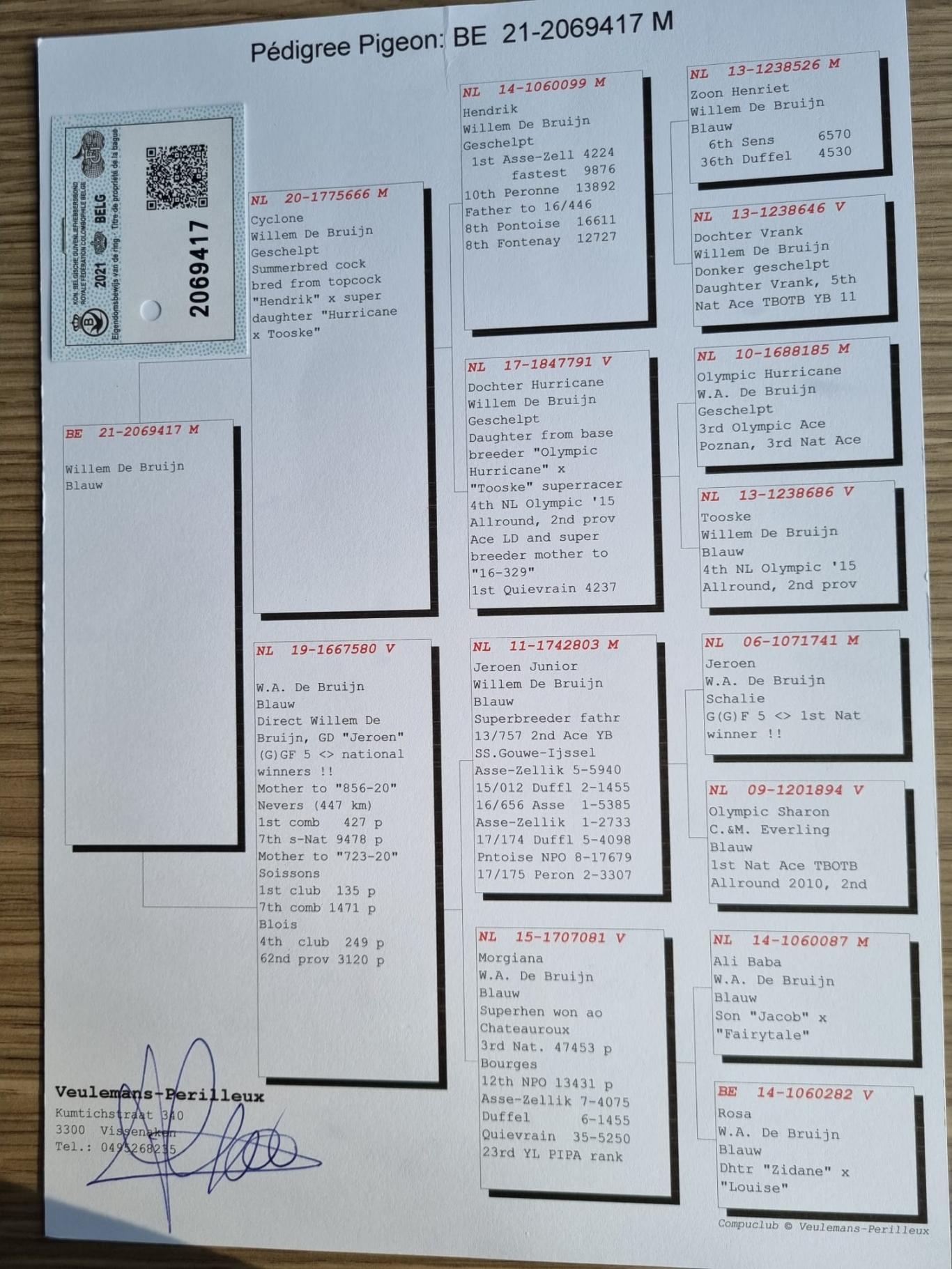 Wilfried, congratulations on this great victory and good luck in the national races from the entire HERBOTS TEAM.