The race of the races on the extreme long distance stays Barcelona off course, with two days delay they were set free on Sunday morning at 6h45 for another heavy race. With several French pigeons that were clocked in the evening it might be possible that there are going to be Belgian pigeons. Later it turned out that only 1 pigeon made it home in Belgium and this would be the national winner as well. This pigeon belongs to the colony of Jean Charles Lambert out of the Wallonia village Pesche near Couvin just near the French border.  He basketed 6 pigeon and had 4 prizes in his clock. The winning pigeon is a red cock of the longer type who already had some experience on his account on the long distance. He was clocked at 21h51 and gave Jean Charles one of his most beautiful victories in his pigeon career.

System from young pigeon on

It isn’t that important for him that the youngsters do many races, they mostly have to do a few times a short distance race to get experience without any goal. As yearling it is important that they do more than one national race and can do one long distance race ( Limoges – Tulle – Souillac ) and then they are selected to be in the racing team the next year for the extreme long distance races.

The Barcelona winner himself did this year more than one middle distance race in the preparing race and went to Valence as last preparation before his big exam. He ranked himself good what a good signal was. And now off course the icing on the cake.

The widow cocks are being raced on the classic widowhood system the entire season trough.

During the season they train twice a day during one hour and sometimes even 1,5h, the condition of the pigeons was really good this year. During Spring they only train once a day.

As motivation during basketing from the for them important races I keep their widow hens locked up separately in small boxes. I don’t let them out in the aviaries but am working on this to make them really wanting to pair up towards the basketing. I find it really important as motivation. I didn’t do this during the last 4-5 years but from this season on I did this again.

At basketing of an extreme long distance race the pigeons get the first 5 minutes their nest dish, afterwards their hen for half an hour. But the winner of Barcelona was so heavy in love at his hen that he wanted to pair already after 20 seconds. This must have taken care of the right motivation.

In a matter of food he follows the schedule entirely of Versele – Laga. This is a protein poor mixture at the beginning ( Gerry Plus ) and get heavier food with Champion Plus I.C. and towards the last days it is Energy Plus as extra fats. I use products from Brockamp and Schroeder – Tollisan to guide the pigeons.

Jean Charles, a big congratulation on this marvellous victory from the entire HERBOTS TEAM. 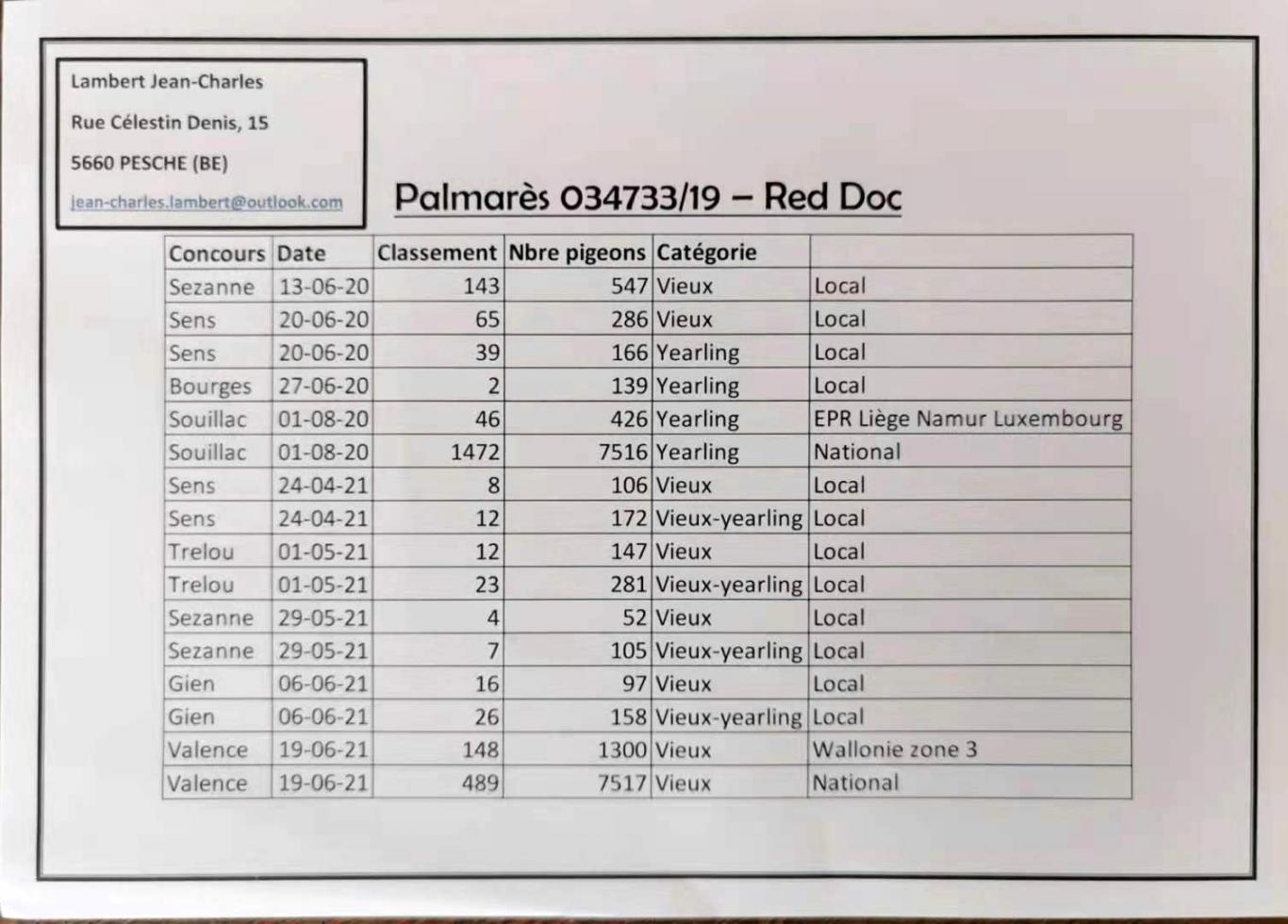 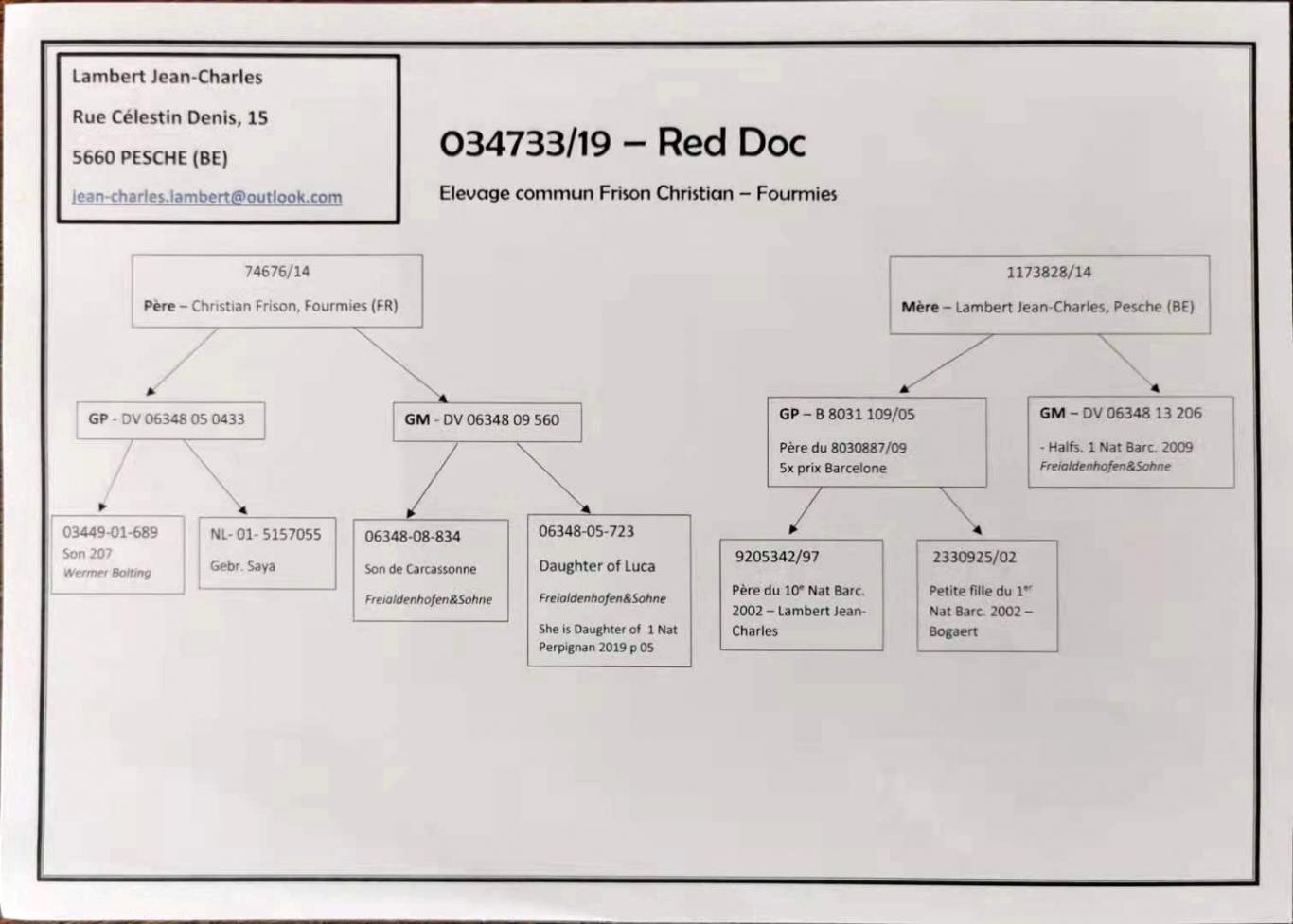 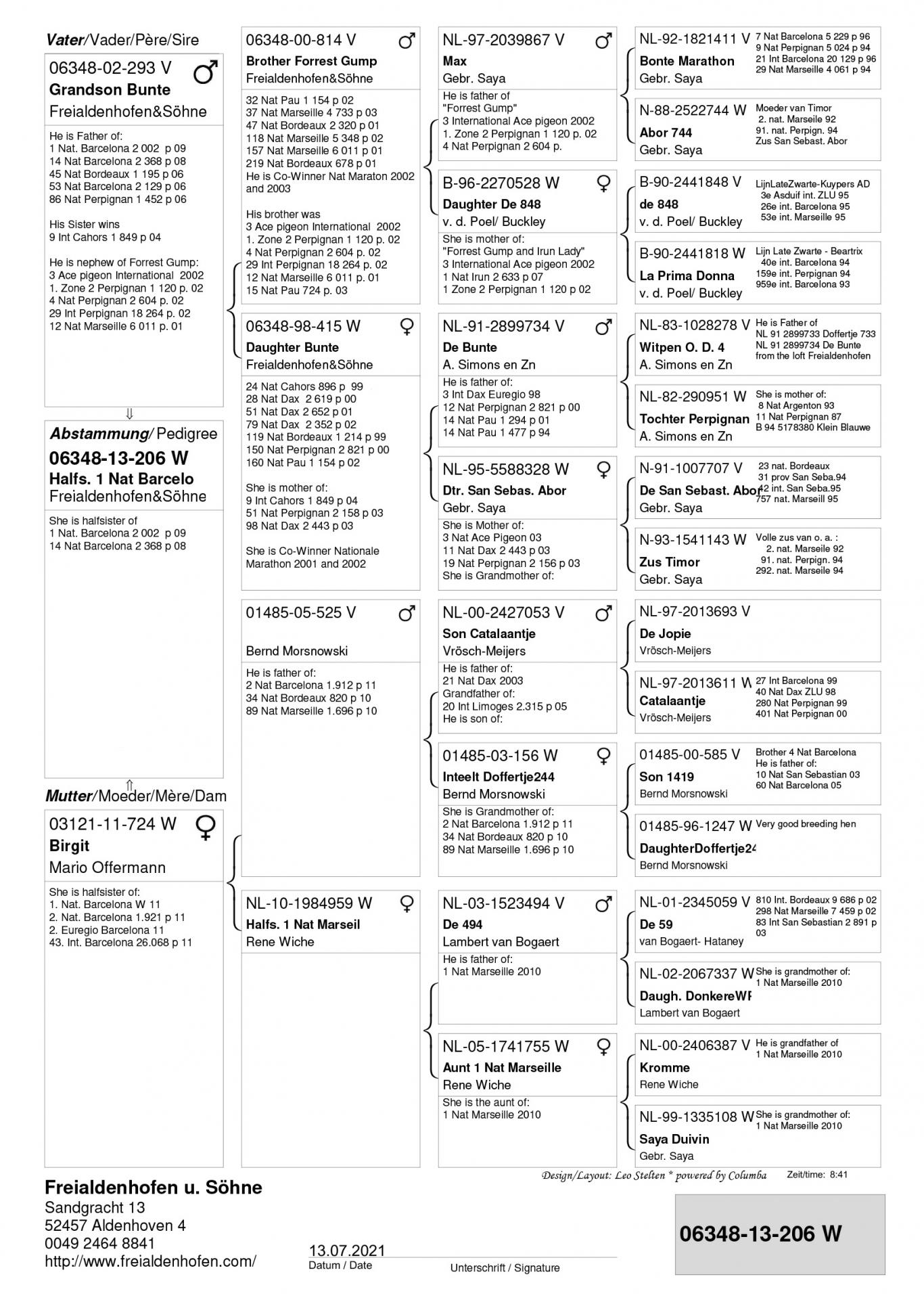 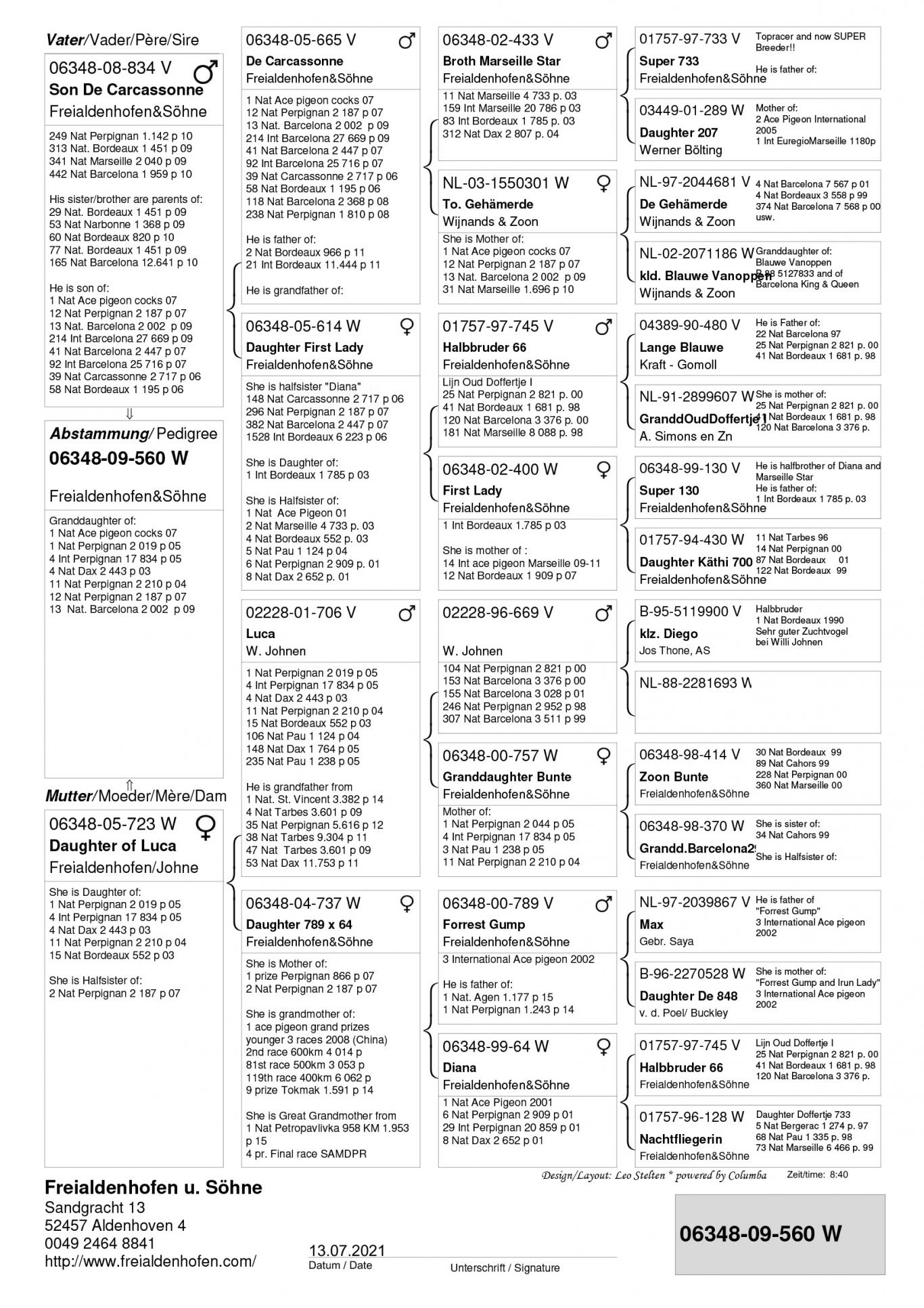 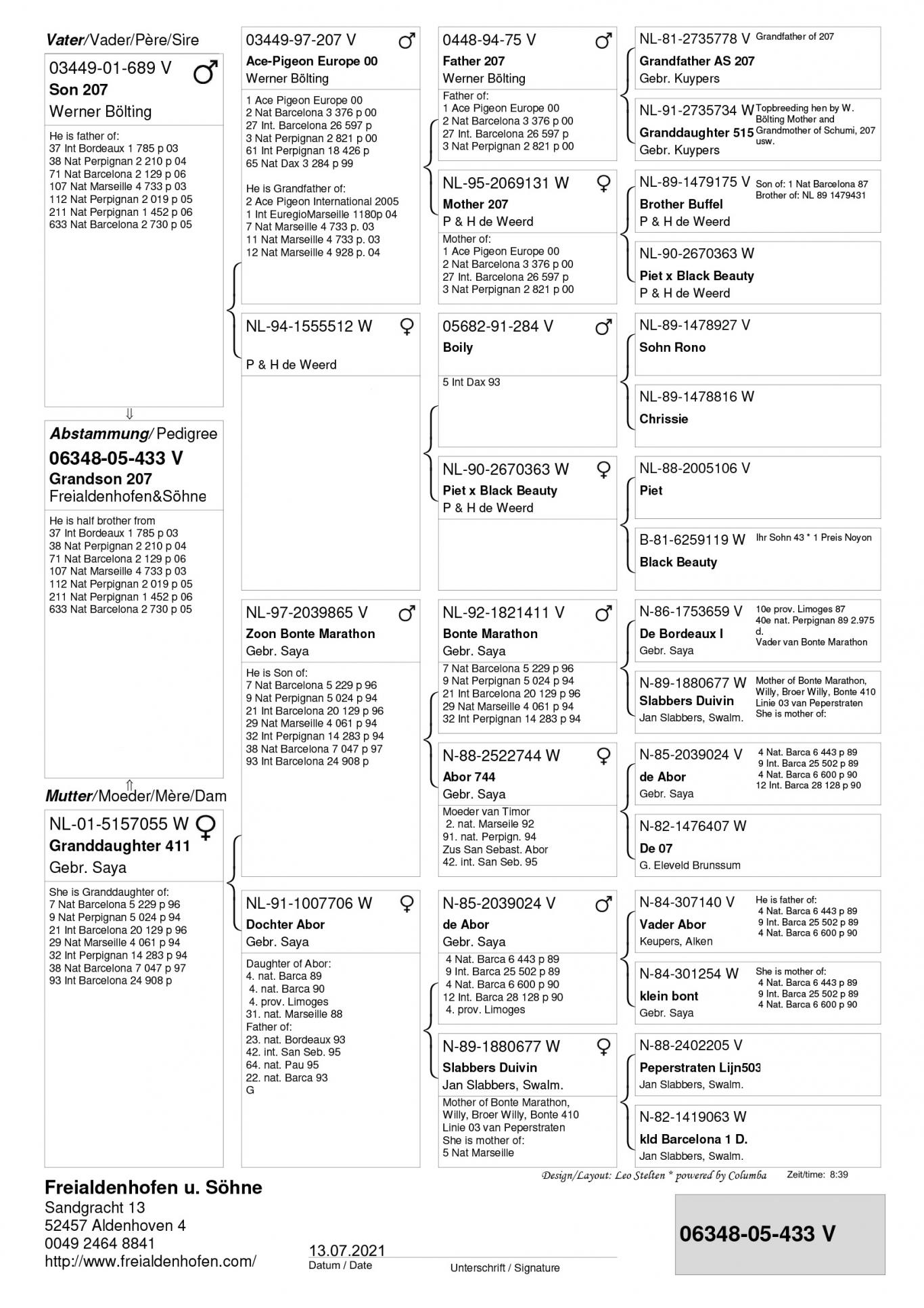