Johny Panis, a guy from the Kempen, Antwerp with a serious Limburg accent. His roots are to be found in Diepenbeek, Limburg and yes, that’s where we know the name Panis of. Father Louis Panis was a top fancier in his time and also brother Ludo Panis, Diepenbeek scores very high on the listings today. Modest guys, the brothers Panis, but when had a look at their pigeons, they breed together a lot, and when you have a closer look at their results, they don’t have to be modest at all!

Johny found his luck in Herentals and is racing, under his own name, on the current address since 1997. He is a real short distance racer, a specialist on Quievrain, like they say over here in this part of the Kempen and where more of these ‘Quievrain-specialists’ are to be found, but guys like Johny can’t be found too many…. Since about 4 years, his pigeons race a bit further, until about 365km so the middle distance races. And in 2017, he even wants to go a step further and head for Bourges with the entire team.

Johny works long days, he leaves in the morning at a quarter past 5 and comes home in the evening between 17h and 18h30, real long days… He races from the first Quiévrain of the season in March until the last each Sunday until the end of the season. How? Ah, as many pigeon fanciers, there is a ‘pigeon-fanciers-wife’ to be found that makes that Johny can practise his beloved hobby. Inge is the one that is occupied with the pigeons from morning till evening, Johny admits that without Inge he couldn’t race the pigeons at all. Before he starts off to work, he cleans the lofts (he especially gets up in the morning at 04h30, winter and summer ! ). Then it’s Inge’s turn and gives the pigeons their food and let them train loft by loft. When Johny gets home in the evening he let them train a second time (but if he gets home too late, it will be also Inge who takes care of this) and they are being fed a second time. The breeding couples are also being fed a third time at noon. Son Lander also helps out where he can, for example; he makes the pedigrees. 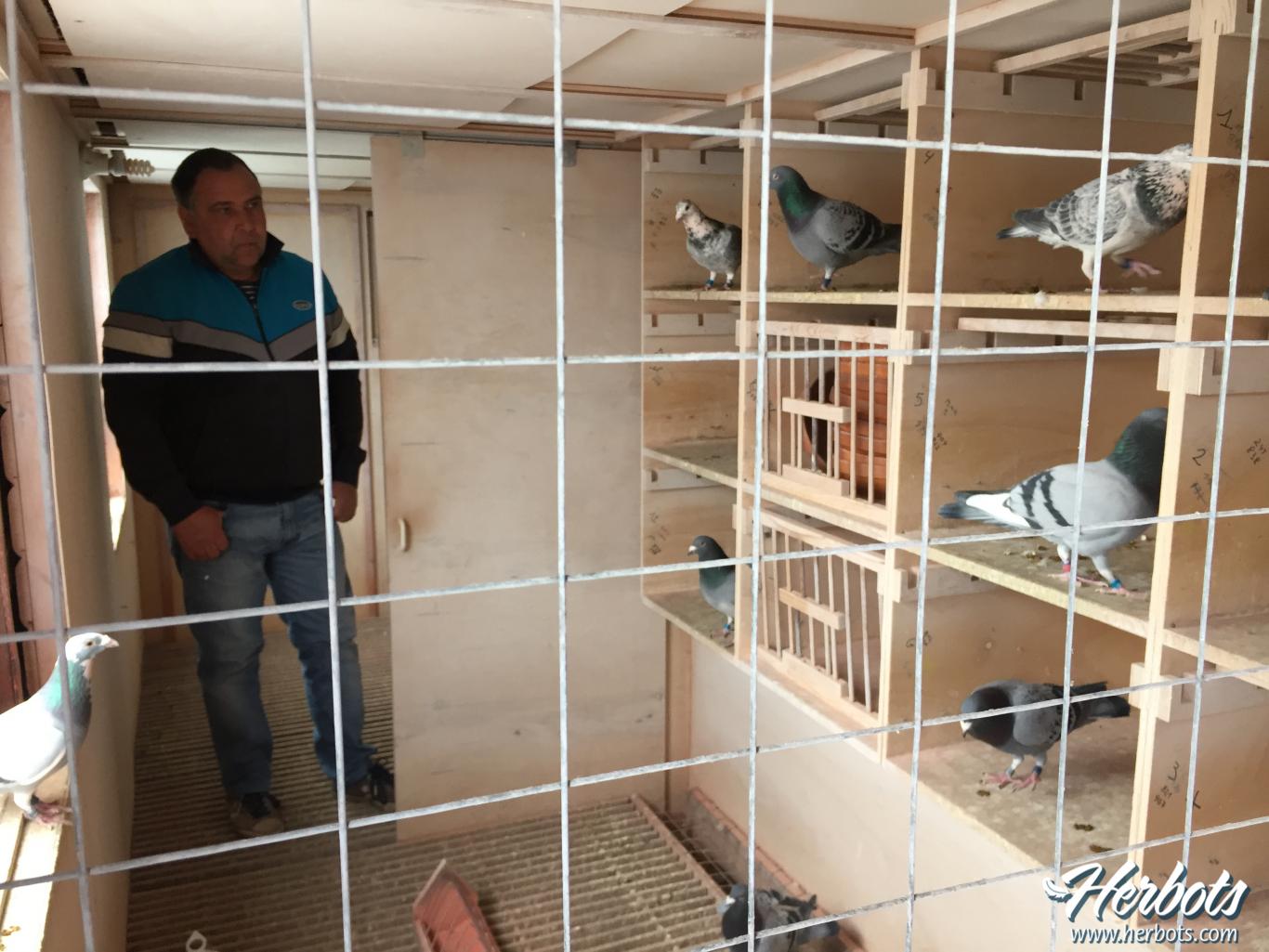 There are 18 breeding couples, about 75 youngsters, 15 widow cocks on total widowhood as also 15 widow hens where off 3 or 4 race every week. The old hens are being raced together with the youngsters as there isn’t a separate hens loft. One old hen is being raced with the first round of youngsters, 2 or 3 with the second round of youngsters. This pigeons have for about 80% blood of the pigeons from brother Ludo Panis, Diepenbeek x Rony Smeers, Diepenbeek. The other 20% are Dirk Van den Bulck, Hok Verhestraeten, Eric Vercammen and Eddy Huyghens. This year he got some reinforcement from Vrancken-Berden, Kuringen, but we have to wait a bit to see any results of these new breeders.

The youngsters are taken away about five times to maximum 15km, then they go to Vilvoorde with the club three times. Then the Quievrain races start and from the second race they are being raced on sliding doors. Until last year, the cocks went to Quievrain the entire season and the hens did the middle distance races (365km) and this without exception every week. In 2017 he wants to try something else and will go to National Bourges (480km) for the first time. The old birds never come out in Winter, maybe just once when the weather is really great to take a bath. They start to come out about 4 weeks before the racing season starts and are being taken away three times to maximum 15km. After the first race started, Johny won’t take them away anymore the entire season. They do train twice a day, in the morning and in the evening.

The reason that I foresee a separate title for the basketing has to do with the fact that it has been a while that I’ve heard something new within the pigeon sport. Most people don’t have any secrets anymore and the things that are being told are things that have been told before. But this is, according to me, a first, it might be that other fanciers practise this but then they haven’t told it before. Johny had to find a different way of basketing for the simple reason that he races total widowhood and that he doesn’t have that many pigeons and races both the middle distance on Saturday and the short distance on Sunday. On Friday the hens are being basket for the middle distance races and are being coupled to old cocks, so they won’t get to see any young cocks as these young cocks have to be basketed on Saturday evening for the Quievrain race on Sunday. When the young hens come home on Saturday from their middle distance race they are being kept away from the cocks until about 16h, then Johny couples them to the young cocks that need to basketed. Fireworks and spectacle assured and every single one is motivated !

Introduction of a few wonderful pigeons

A grip out of the range of pigeons from the loft in : 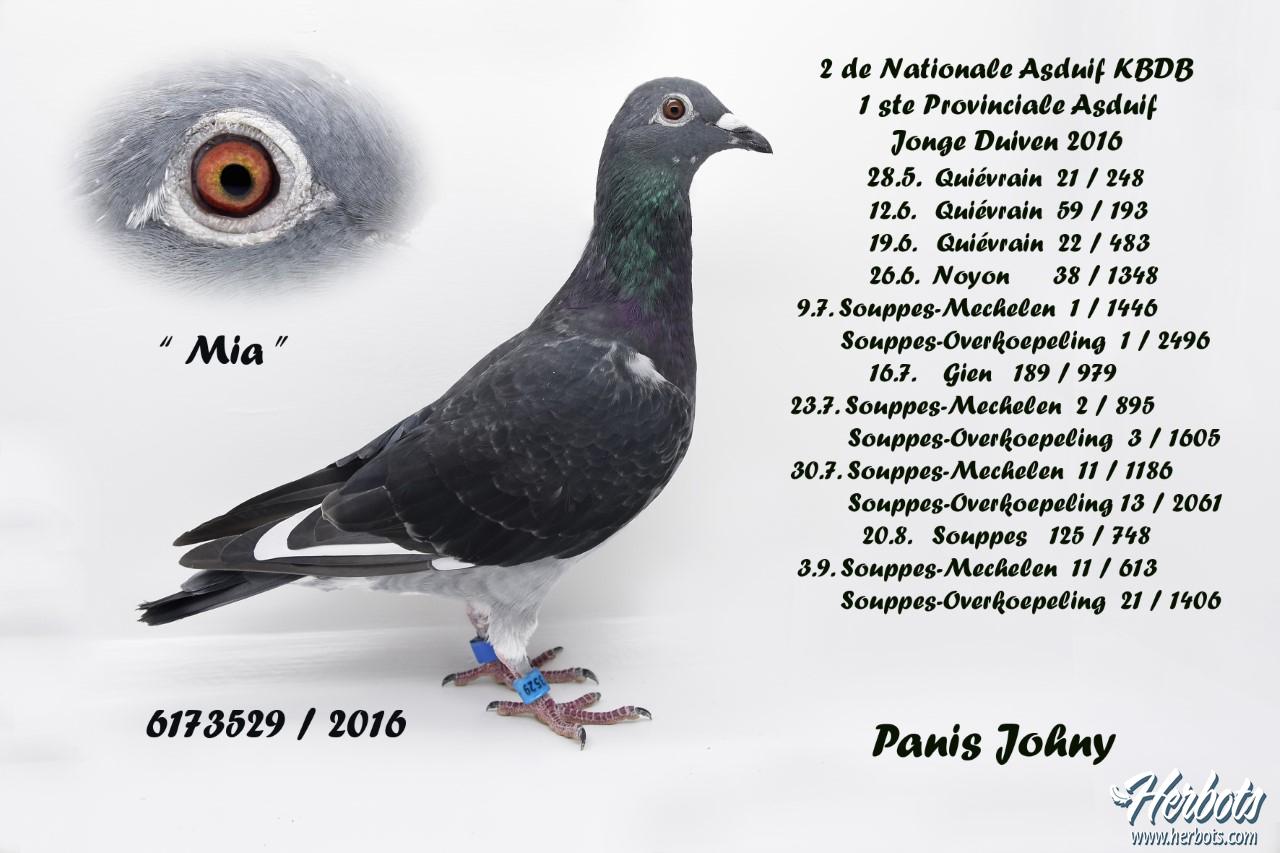 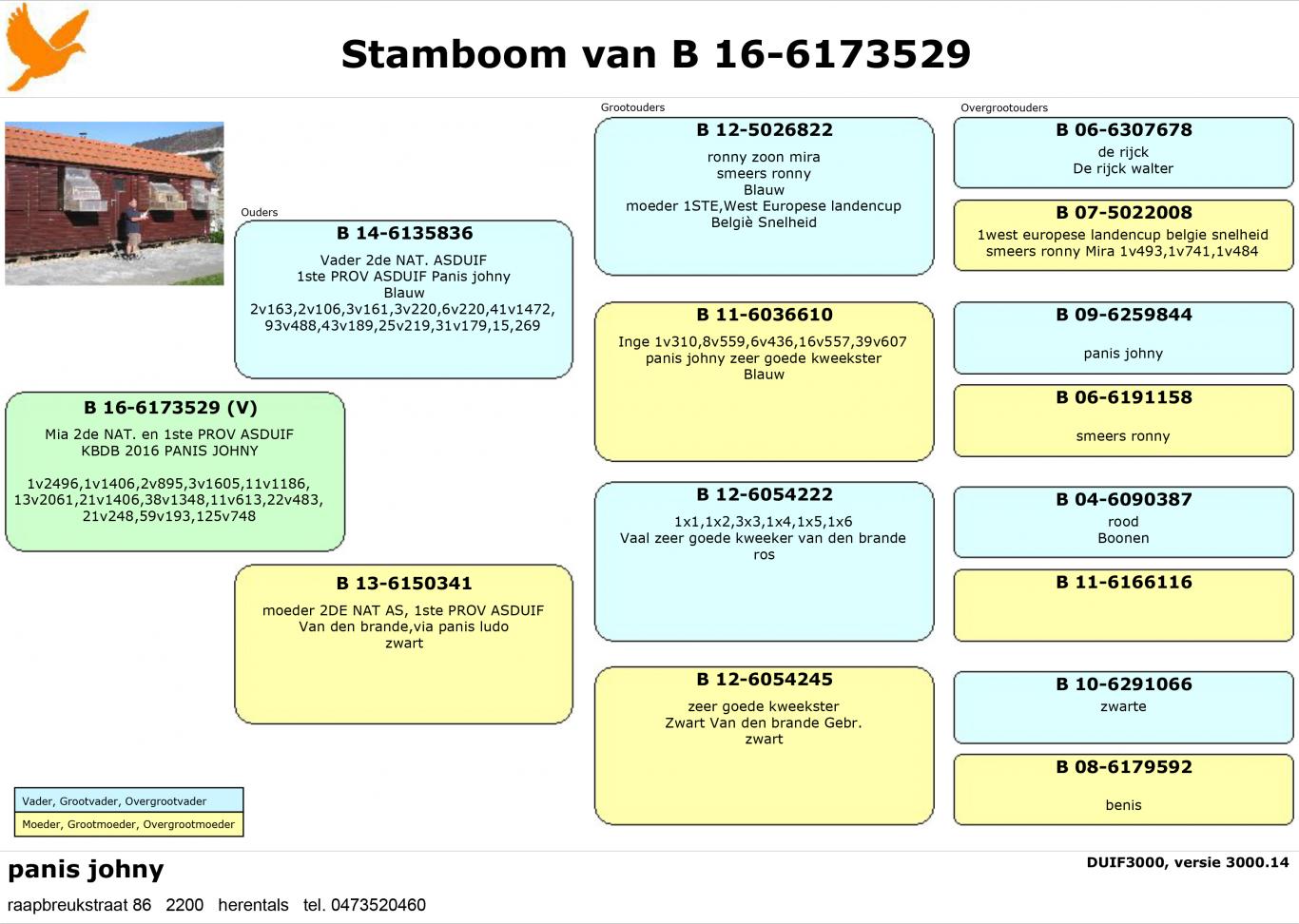 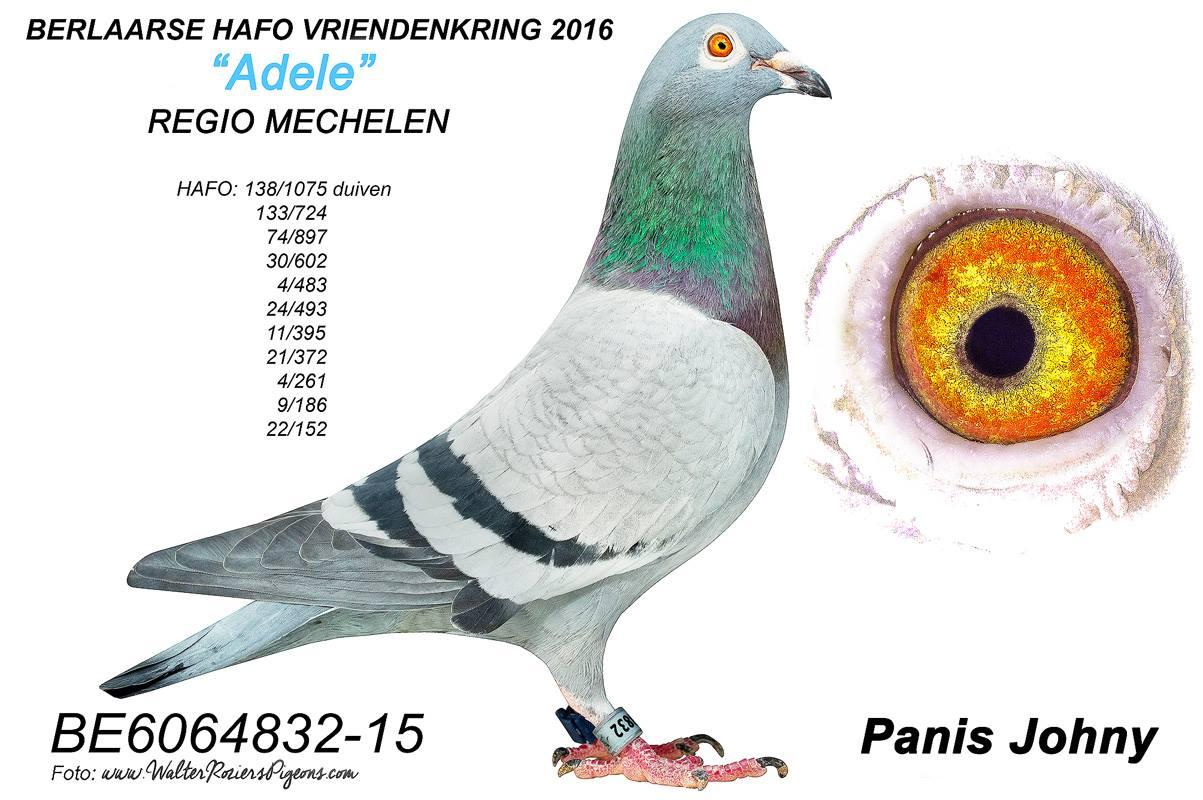 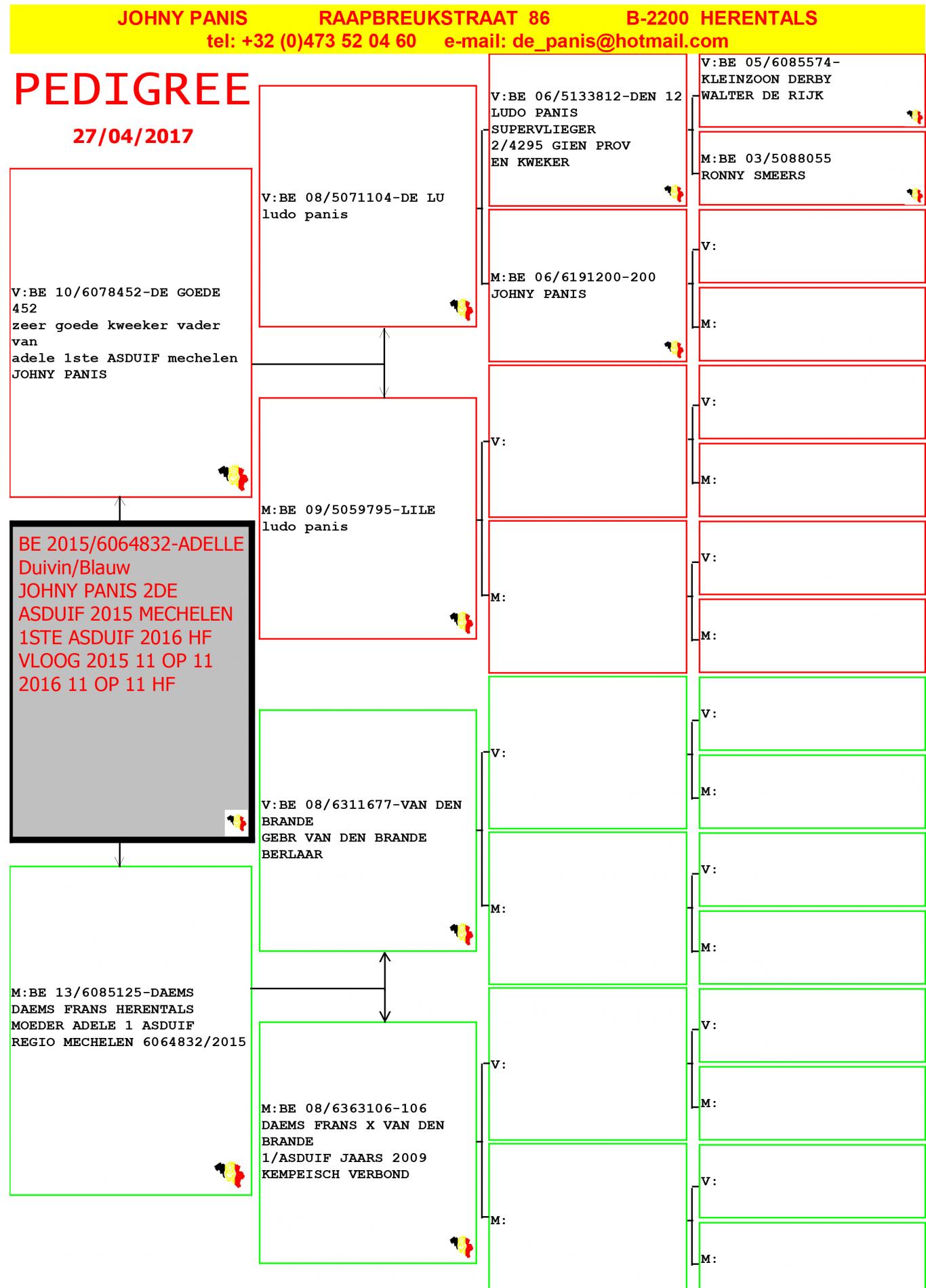 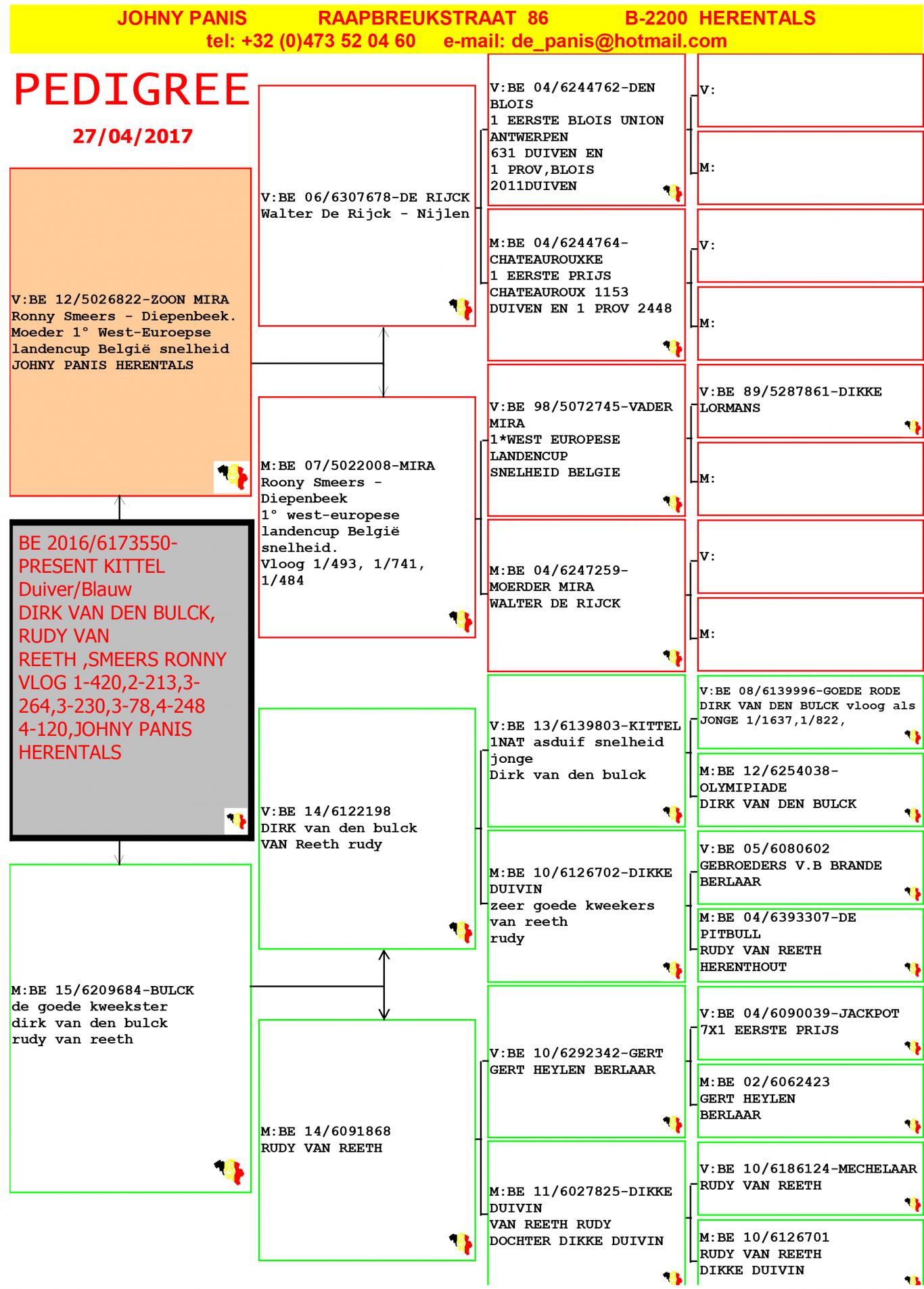 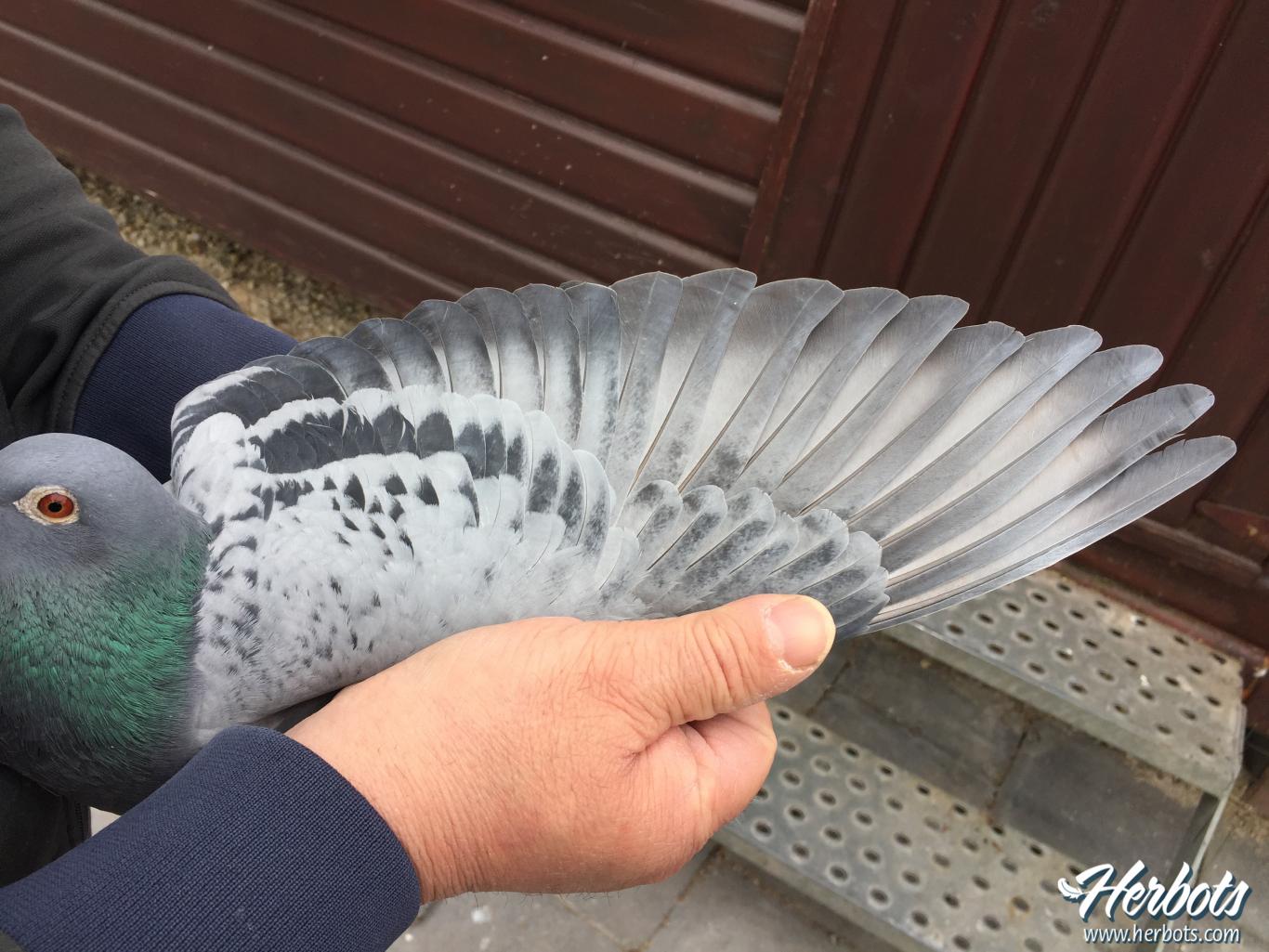 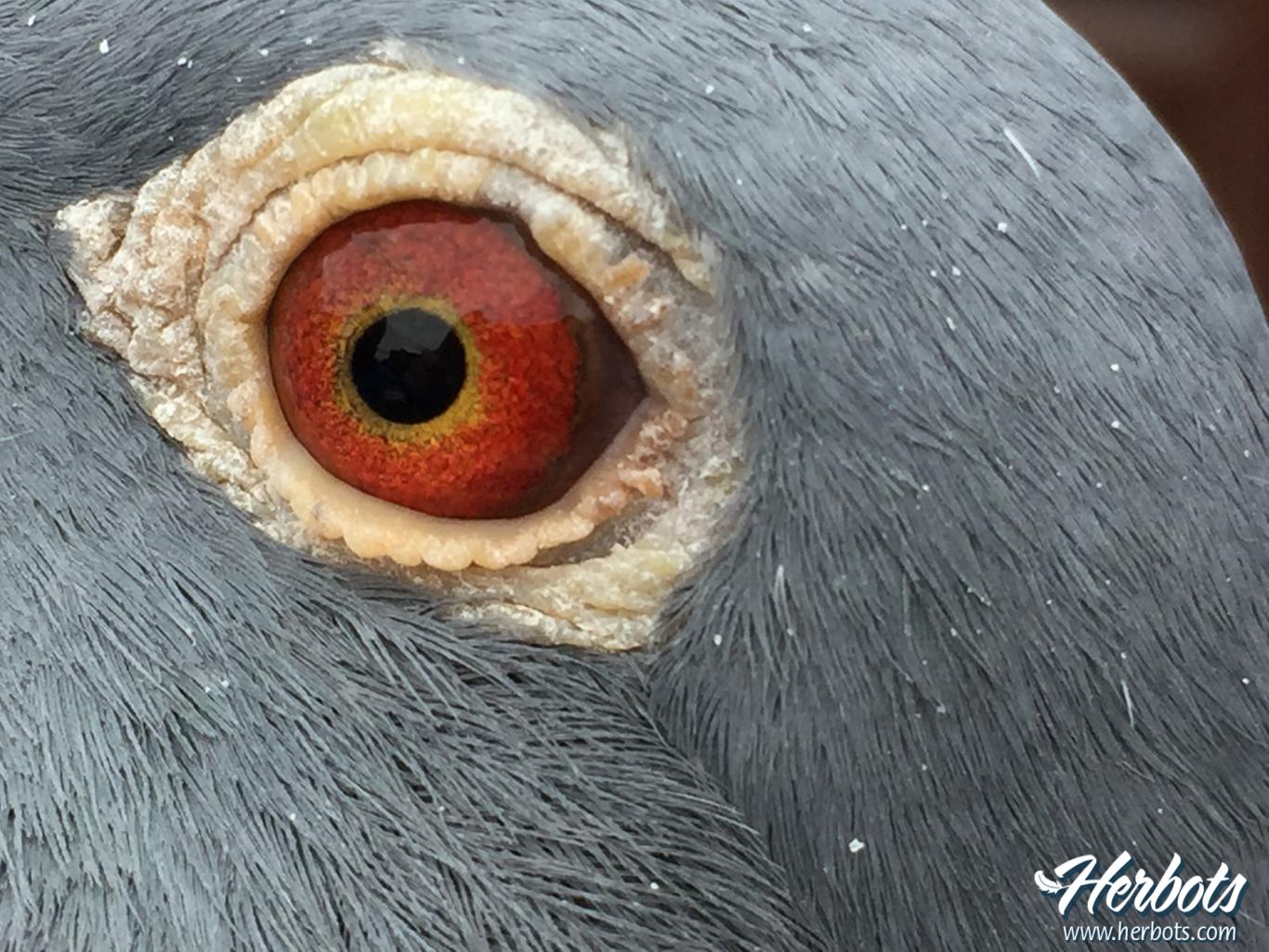 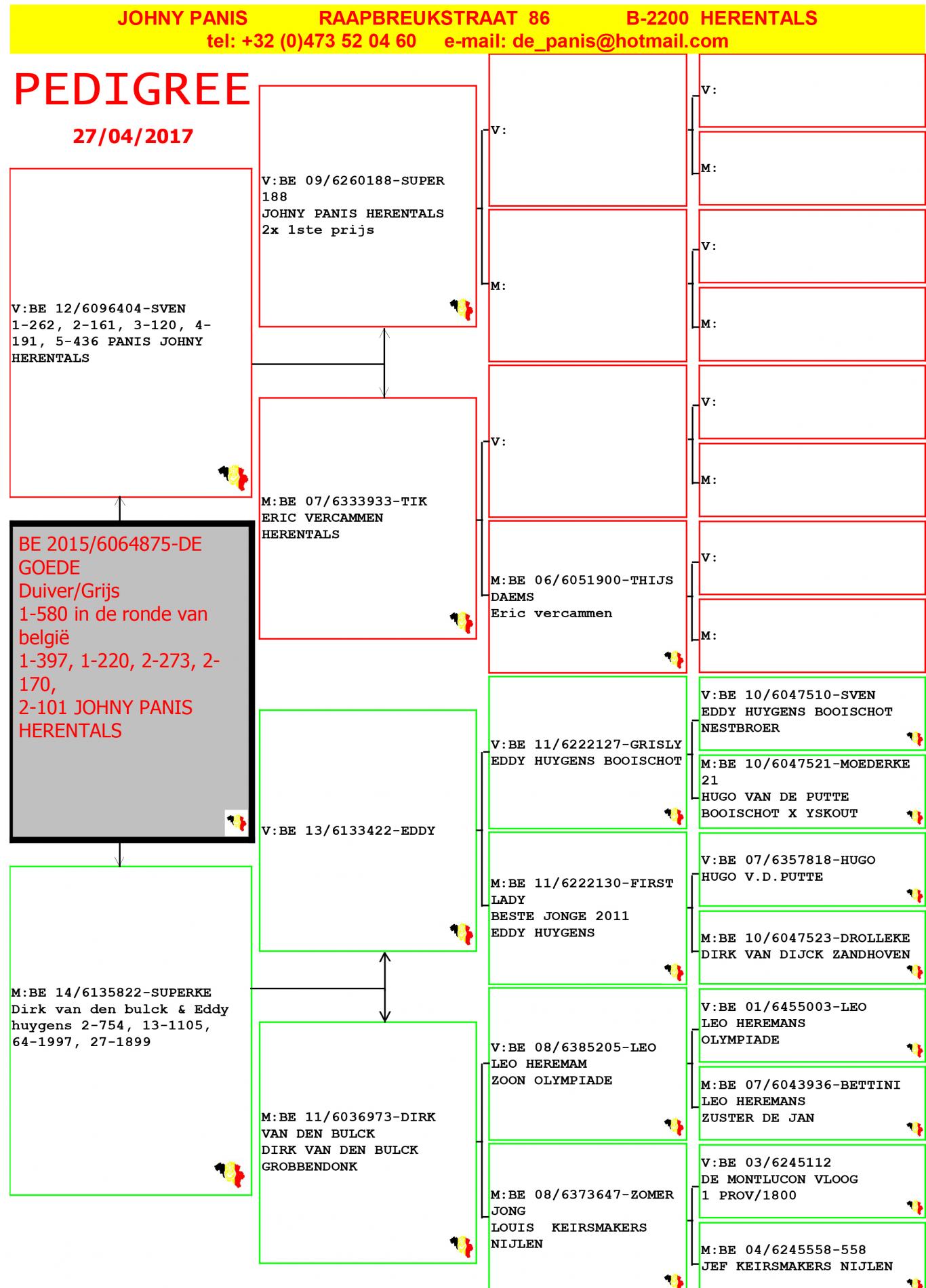 And even the season of 2017 only just started, in Herentals they are already at full speed with increasing results and already 2 first prizes.

Without a doubt is 2017 going to be a wonderful pigeon season for the Panis family and we are off course very curious whether another ace bird can be found on the loft and not to forget, what will his first national Bourges with the youngsters bring for this speed devil.

Johny wanted to emphasize that all of this won’t be possible without ‘his Inge’ and that she is the most important person for the pigeons. Inge herself does it with a lot of pleasure as she is a true animal friend and likes to spoil and take care of the pigeons as only a woman can.

Congratulations with your wonderful pigeons and ditto results. A lot of success in the current pigeon season from the entire Herbots team !