The short distance game, the game of seconds which is very exciting week after week again amongst the fanciers. We found a very driven short distance racer in the province of Limburg with the name Frederik Coninx. He lives in Ulbeek, a part of Wellen where only a few fanciers are left. Off course, the amount of fanciers isn’t important but racing well is. Only winning matters for Frederik and the more the better. He had a super season in 2018 and had with his top hen “Yelina” 2205022/2016 he has a true show off on his loft. She won more than one 1st prize and crowned herself as 1st National Ace bird Short Distance old KBDB 2018. The pigeon got his daughters’ name and moved afterwards to the breeding loft of the Herbots family. Next to this one there are even more top hens on the short distance that stand out. You don’t find a lot of colonies that races 4 and 5 year old hens on the short distance races, mostly their speed slows down but Frederik still has everything set to make them race hard and very fast.

Frederik went together with his grandfather Henri Vandenrijn onto the lofts. He could help out more and more until his grandfather passed away. He started to race on his own from then on in Ulbeek. Now he can count on the help of his mother Ria who suffers from the ‘pigeon disease’ more than anyone else. Frederik is very grateful for this as she takes care of the pigeons while he is out working during the day.

Make use the fullest of a limited space

There isn’t any room for breeding pigeons and therefor the 16 breeding couples stay at his brothers’ house. There is room for 13 widow cocks and 14 racing hens, these last ones stay on the youngsters loft and are being raced like this. They are coupled against the widow cocks and race on the total widowhood system.

During the winter period all the racing pigeons were coupled but the eggs of the best old pigeons were placed in the nest of the yearling birds so the old hens could enjoy a bit more rest. They moved to the lofts of the young birds until the youngsters were ready to be weaned.

After the breeding period the hens will come out sooner as the cocks as he thinks that they can take the cold better than the cocks. When the season arrives they will come together again for 2 to 3 days and will be tossed twice a day to have them ready as soon as possible for their first race.

They only train once a day, the hens come out most of the time between 7h30 and 08u00 in the morning thanks to mama Ria. Also the youngsters are being trained by Ria in the morning. Frederik likes to see the cocks train himself as they do give a show which he enjoys fully.

How do you house the hens during the week ?

The lofts of the young birds exist out of 2 small lofts with boxes on the left hand loft where there is room to lock up all the hens individually. They are being darkened together with the youngsters and can’t normally be in top shape during the months of April and May but even though they perform fantastic. They are being fed on the ground but do have an individual drinking pot.

What stroke me during my visit is the relationship between the hens and the fancier who are equally paired up with him as with their cock..

Which motivation do you use during the entire season ?

Every second is important, we all know that and that’s why I will never do the same two weeks in a row. That’s why the motivation changes every week, what I sometimes do is put 1 cock between 5 hens, let 2 hens fight over 1 cock, leave the hens and cocks together in the hallway but not together or toss the hens on 1 km just before basketing. After the race they mostly stay together for just one hour to keep the motivation strong.

Mostly they race until the end of July/beginning of August and mostly I couple a few hens to let them race on a nest position in September. The selection will be done by then and they have to race at least 7 to 8 times per 10 to be able to make the selection.

Best 3 hens of the colony

The youngsters reside on 2 small lofts and are being darkened for only 6 weeks as from March, this year I’m going to try to keep it up during 10 weeks. I’m also going to test the hens on the middle distance Provincial races and will keep the cocks on the short distance races.

The past years the sexes weren’t being separated and he raced them purely on a nest position. Also this is something he wants to try to change and race them on the sliding doors system as from the moment they had a few races.

The early youngsters come out in the morning, the late youngster are being released in the afternoon and are being called in by Frederik when he gets home from work.

He only used the Beyers mixtures, this is how the racing pigeons only get purge after the breeding period until about 2 to 3 weeks before the season starts. Then he changes onto Super Diet and Sports Mixture.

How does a week look like on the short distance :
Monday and Tuesday 100% Super diet
As from the 5th meal on Wednesday morning it changes to 50% Super Diet and 50% Sports mixture.
The last 3 meals are 100% Sports mixture

He will never basket a pigeon with an empty crop, maybe a small detail but very important for him.

In a matter of side products vet Ectors from Herk De Stad is being consulted. He makes use 2 days a week of his racing vitamins and then they get 2 days electrolytes after homecoming.

A thing that is important before the racing season starts off is that in the month of February Herbobeets from Herbovet will be given during 14 days. As from then they start to train very hard.

In a medical point of view he treats them during 7 days against the head. He doesn’t treat against trichomoniases and when he doubts he first calls in with the vet before doing anything.

Frederik a big congratulations from the entire HERBOTS TEAM. 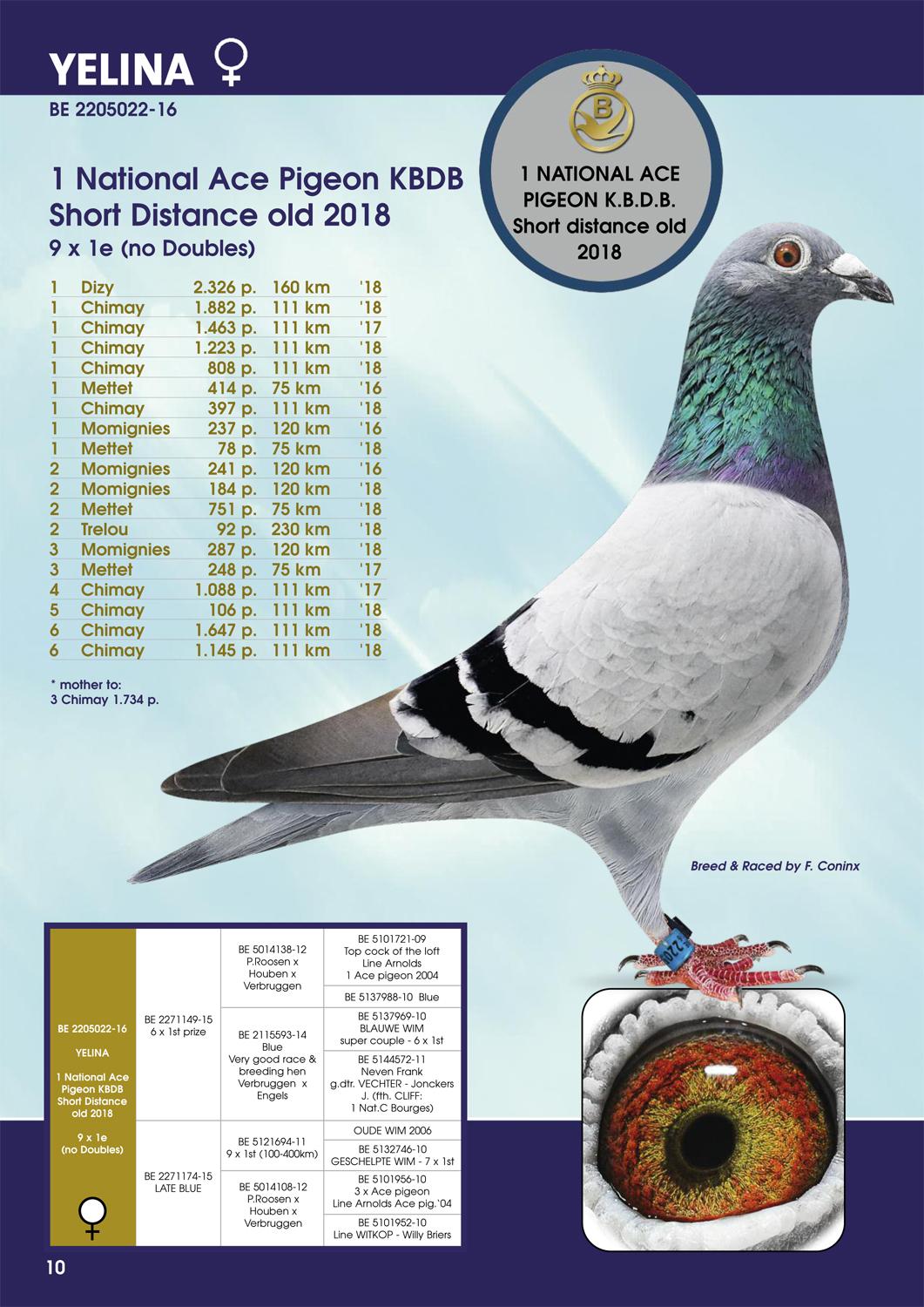 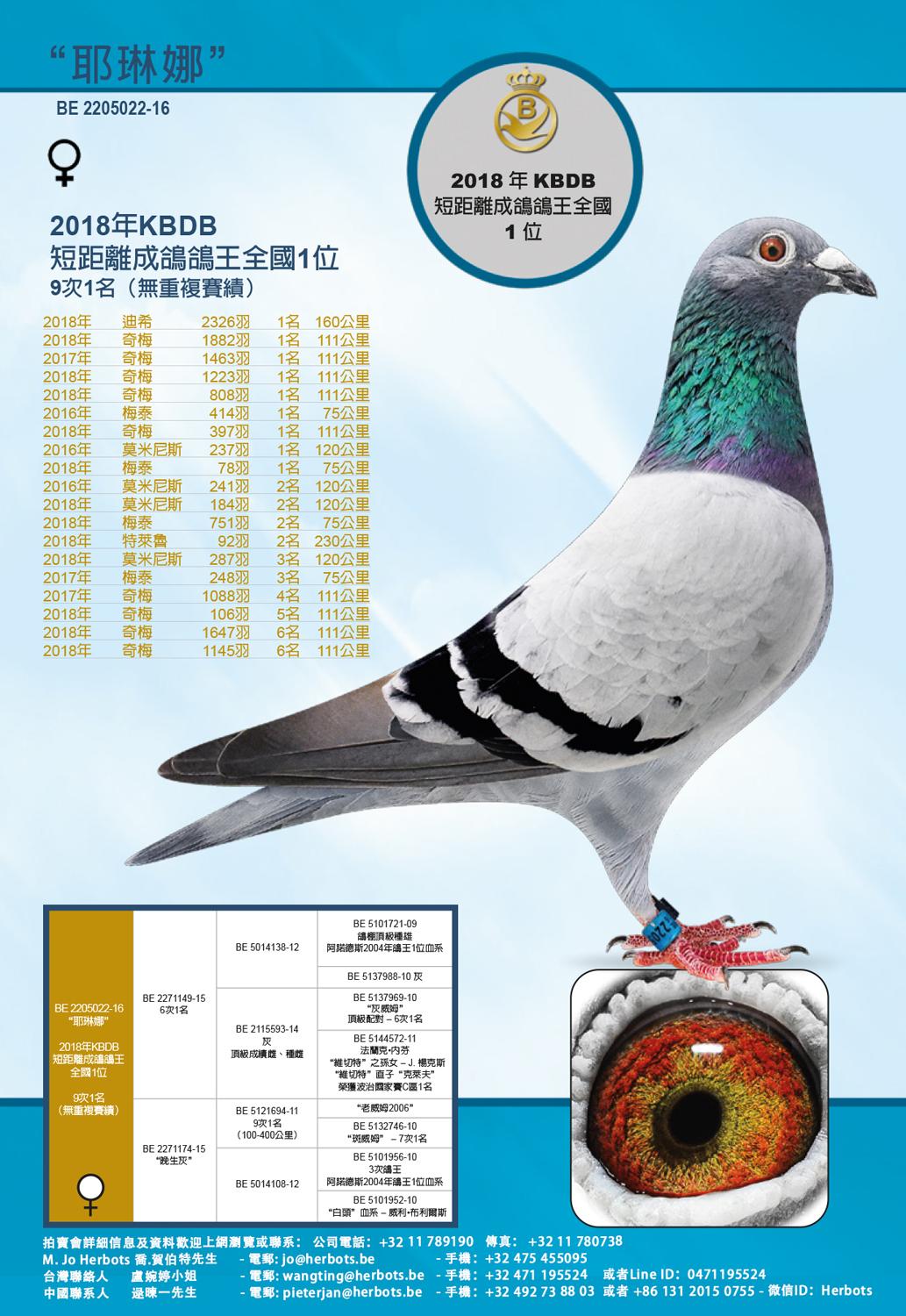