Castermans – Maes (Dilsen) doubles up on Orléans with yearlings and youngsters

The classic for youngsters just before the start of the national races with youngsters is of course Orléans. The winner for both the youngsters and the yearlings is the tandem Castermans – Maes from Dilsen - Stokkem. For them the 5th and 6th provincial victory since they started here in 2017, not to mention their 1st and 2nd National Bourges which they won in 2018 with the yearlings.

The racing team is raced on 2 different systems, the old hens race classical widowhood while all the other pigeons have to undergo total widowhood. In the winter period, rest and no winter breeding is especially important. They stay indoors until the end of February and have no partners until the 1st flight of the season. Only then do they stay together for a week so that they can choose and by the end of that week everything is paired up. In that week they always fly outside together, but that is no problem.

During the day the hens sit in a small aviary in front of the racing lofts and in the evening they enter the loft with rollers on the floor. The widowers and youngsters always have the choice during the day between the loft and the aviary. But because the garden is less wide, they are still well enclosed, so that this does not cause any problems.

The racing pigeons were darkened from the beginning of March to the beginning of April, I prefer when I start racing that they are no longer darkened. I just build up the flights after that as foreseen in the Limburg program and when they fly a national flight they get rest the week after and they are released on Monday at 50km. The pigeons train here daily once a day and now the week before Orléans I have started to lighten the old pigeons. 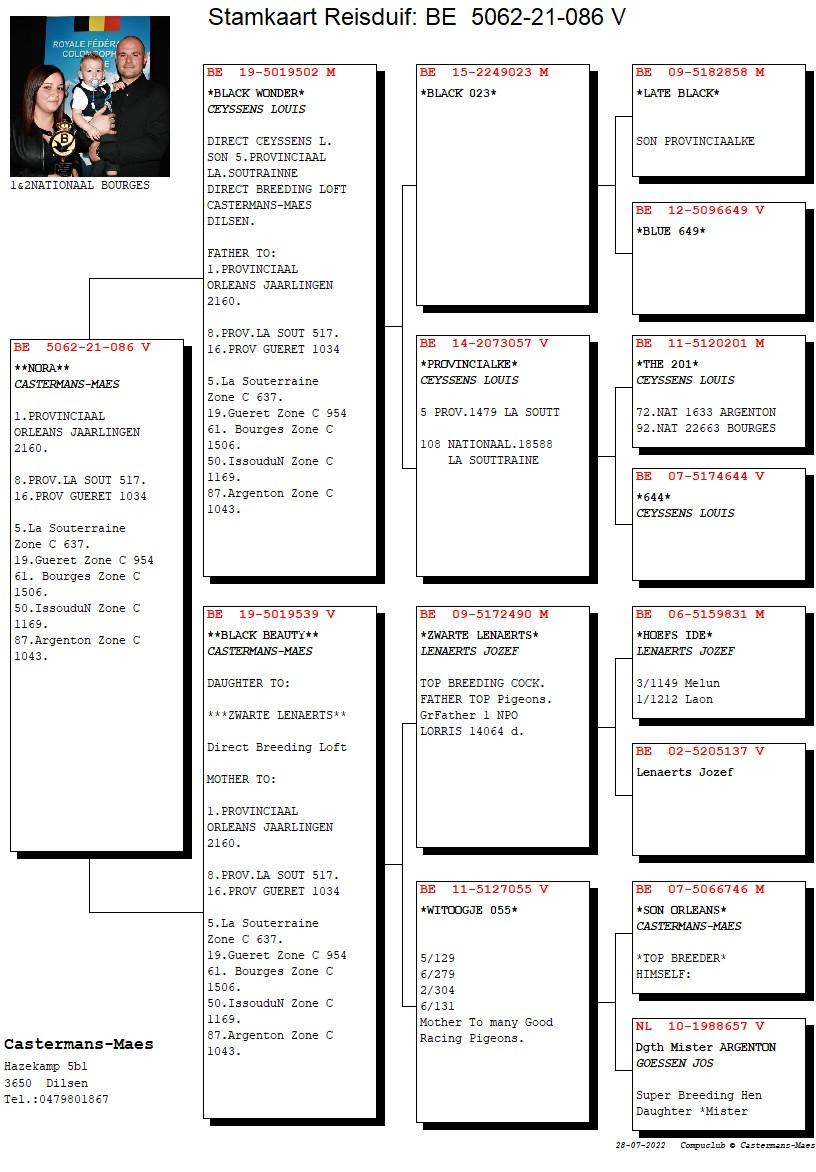 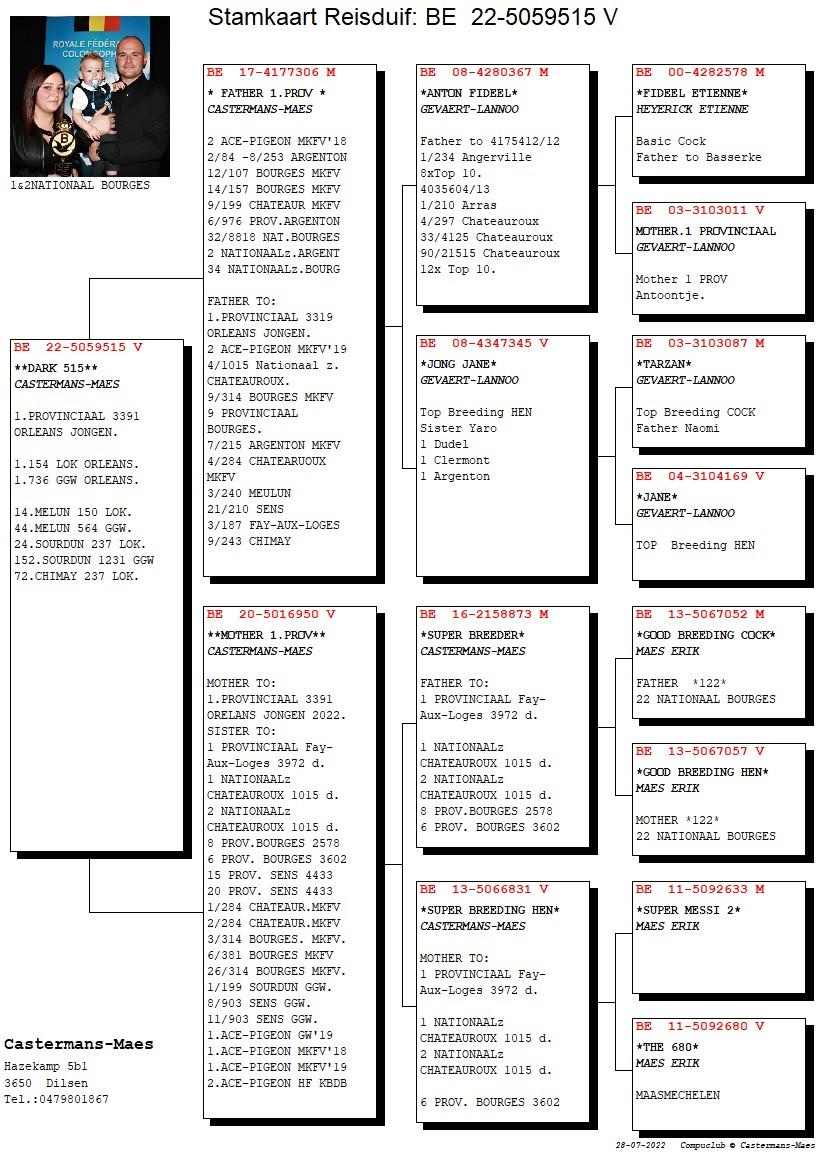 The food that is used here are the Galaxy mixtures from Beyers, but because the season is very heavy for old and young, no light mixture is used throughout the season and they are given either sport or a high-fat mixture every day.

The youngsters get plenty of breeding mixture a month after weaning, from then the small feathers start to fall until this is over, they get moulting mixture and afterwards they start like the old pigeons on the Galaxy mixtures. All racing pigeons get food twice a day and in the afternoon they get candy and peanuts.

As an employee of Schroeder Tollisan, he always consults Vincent Schroeder for medical assistance and throughout the season he checks a few pigeons for tricho every week. He works here every week with the yellow drops on Thursday afternoons. This is then about the candy and peanuts that are then fed. The racing pigeons always receive a cure of 7 days for Tricho with Tricho Green and 7 days of Orni Chlam for the respiratory system. He also uses Tollyamin Forte with Nano Tollyamin in the drinking water every day during this tough season and the pigeons are given Lecithin oil with Immunol and Extra Energy over the feed every day. When returning home, this is usually Sedocol with Immunol.

Gerry and Jenny, congratulations on great victories from the entire HERBOTS TEAM.