For some years now we know what the pigeons of Ronny Menten from the Flemish Brabant Rummen are capable of, but this year we have added a little extra. These are the all saying figures: 4 x 1st provincial, 12 x top-10 national and 66 x top-100 national. The competition has the conscience...no discussion possible...both with old, yearlings and youngsters it was bad cherry eating with the Menten pigeons. The highlight of the season was achieved by his super hen "Corina" because she captured the title of 1st National Ace old birds great middle distance KBDB 2020.

"Corina" was not the only top athlete to show off his or her skills at Biesemstraat 84a in Rummen. This top season was squeezed in by a team of unique athletes.

We are very happy to introduce you: 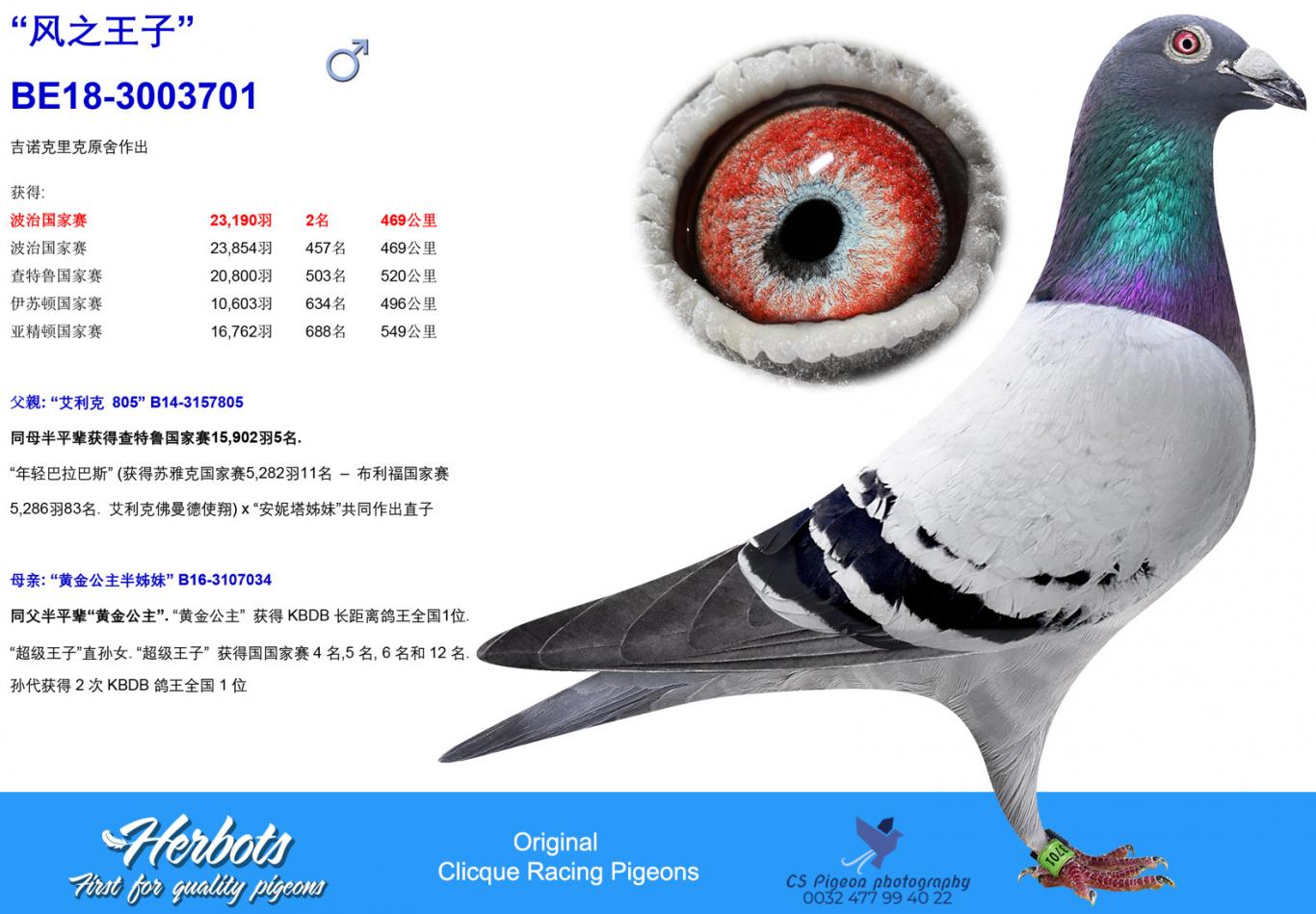 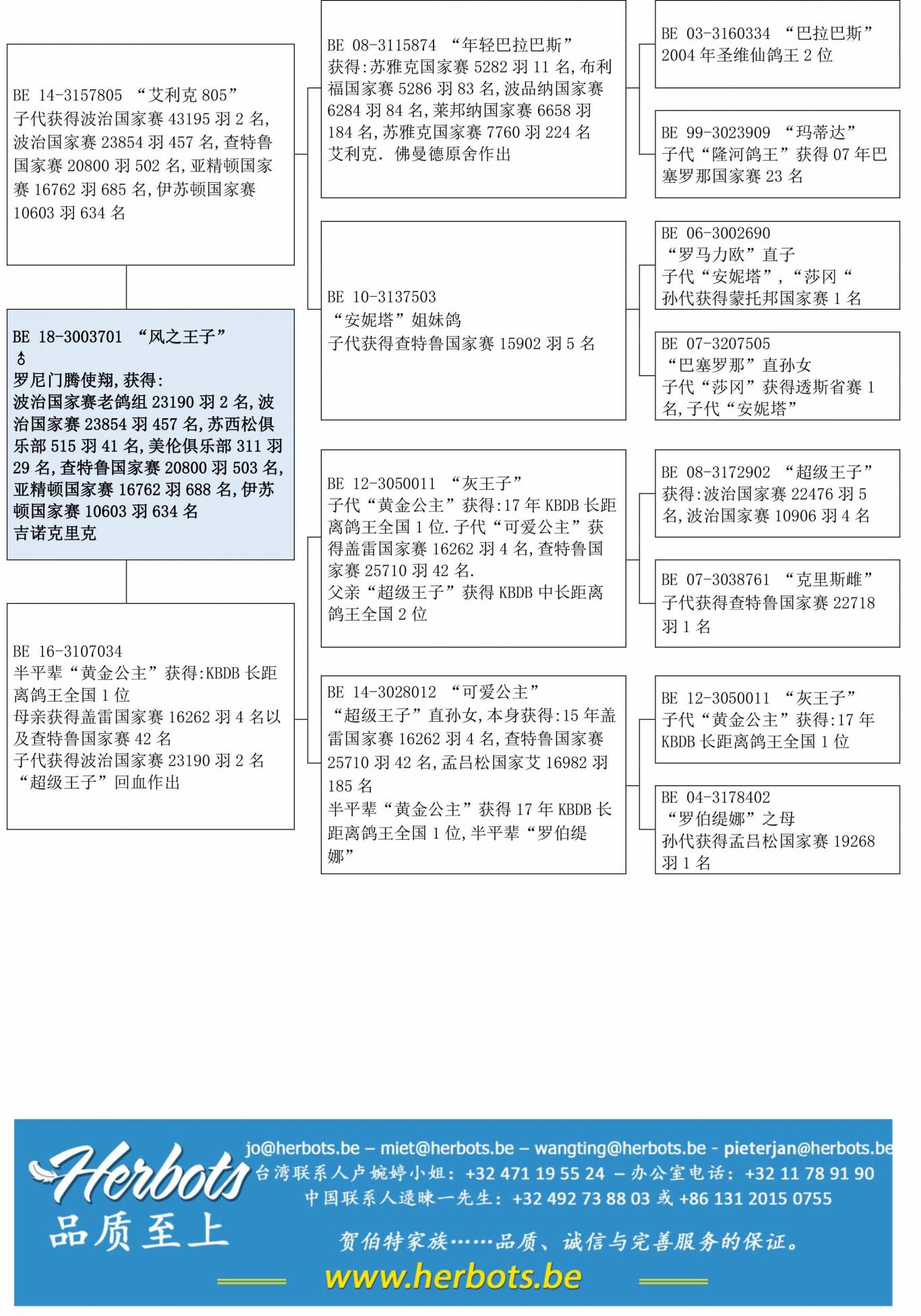 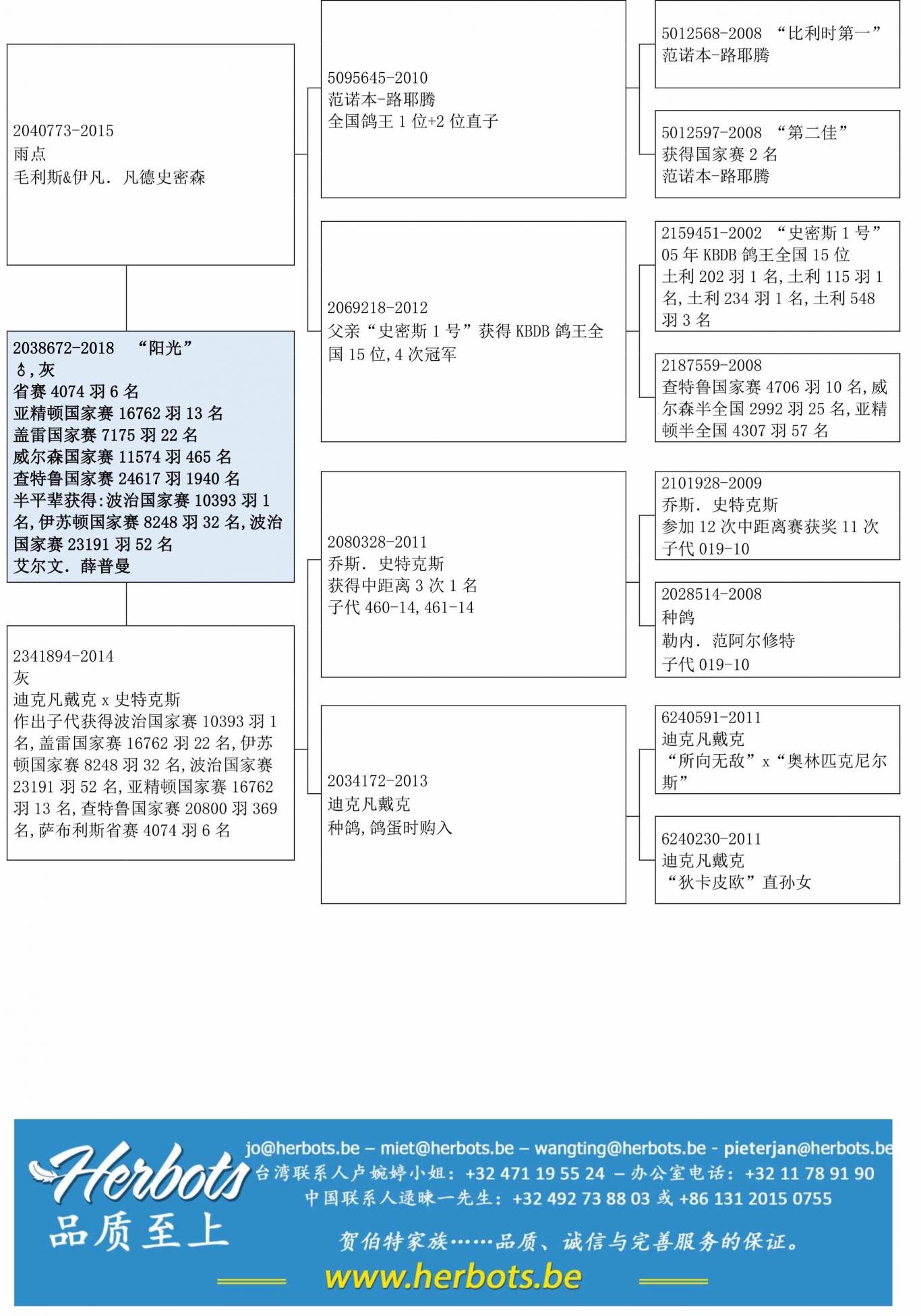 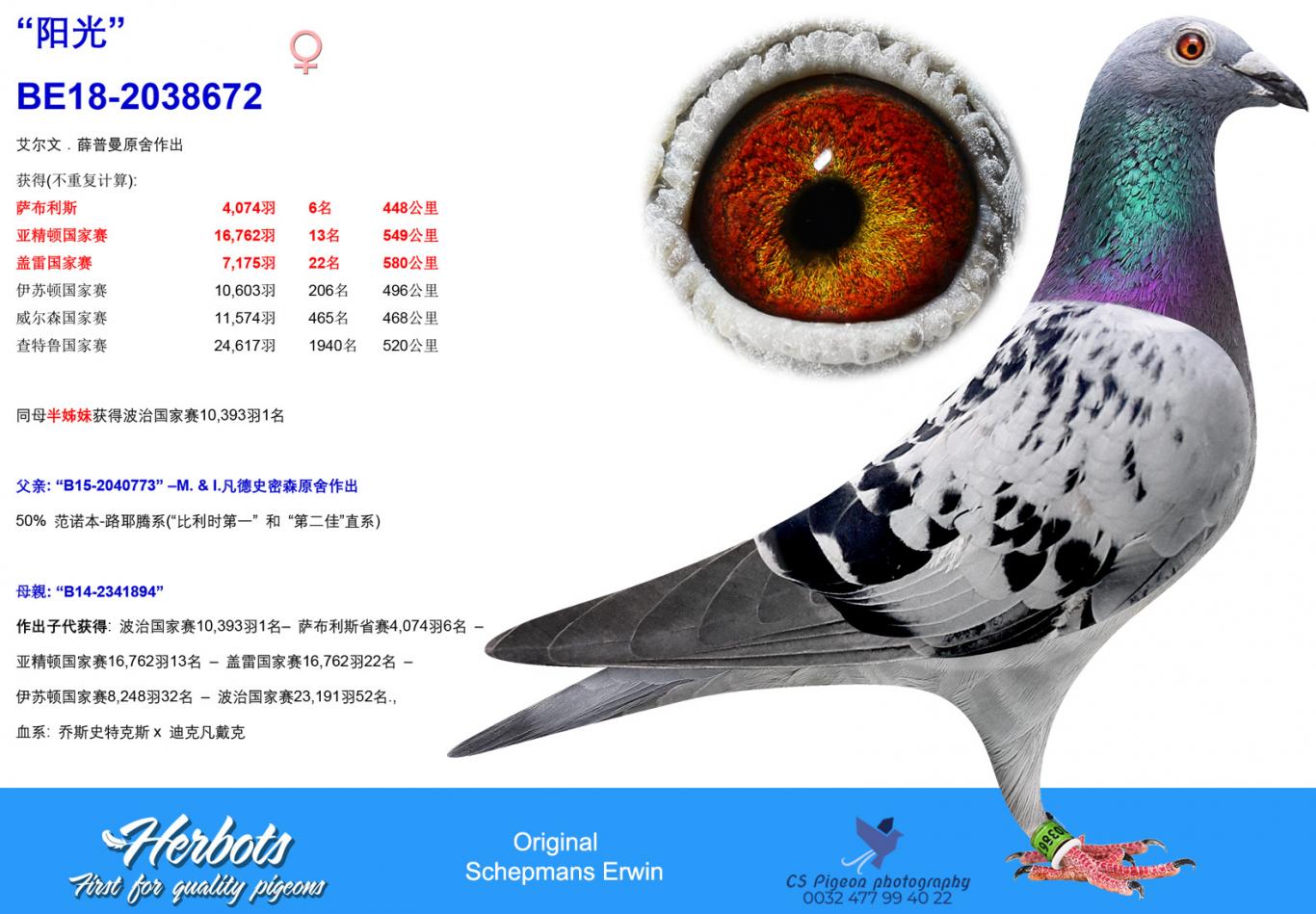 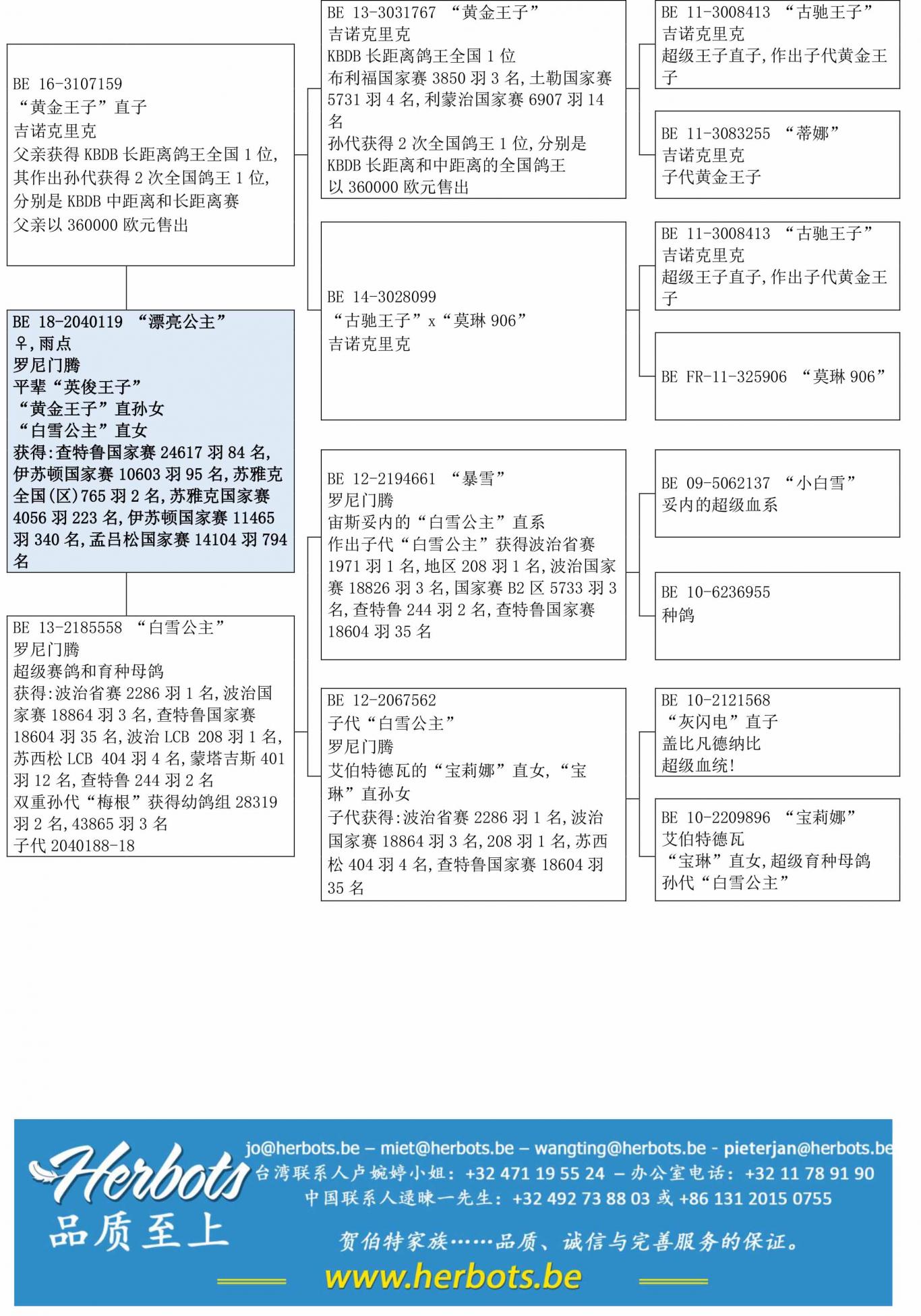 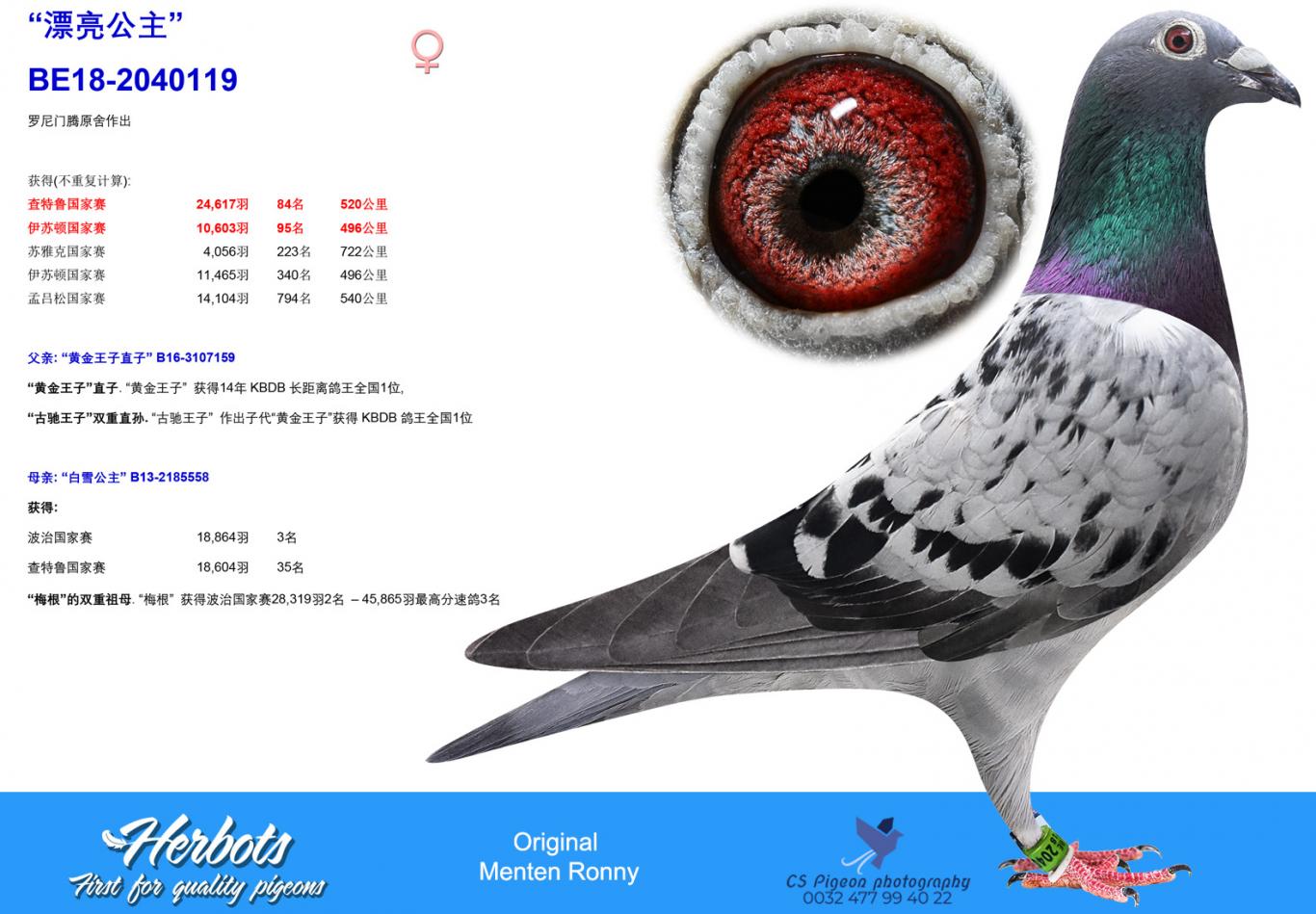 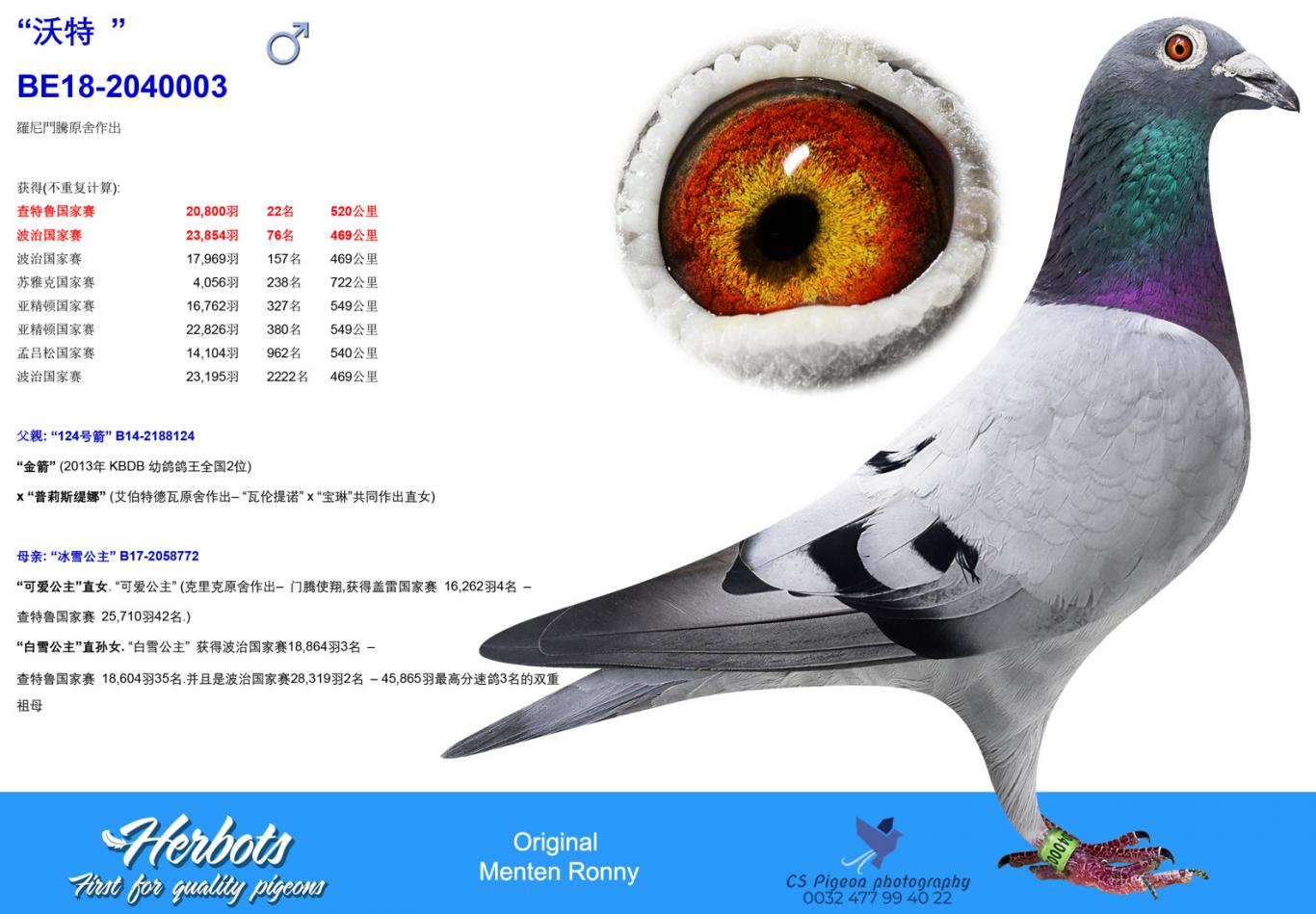 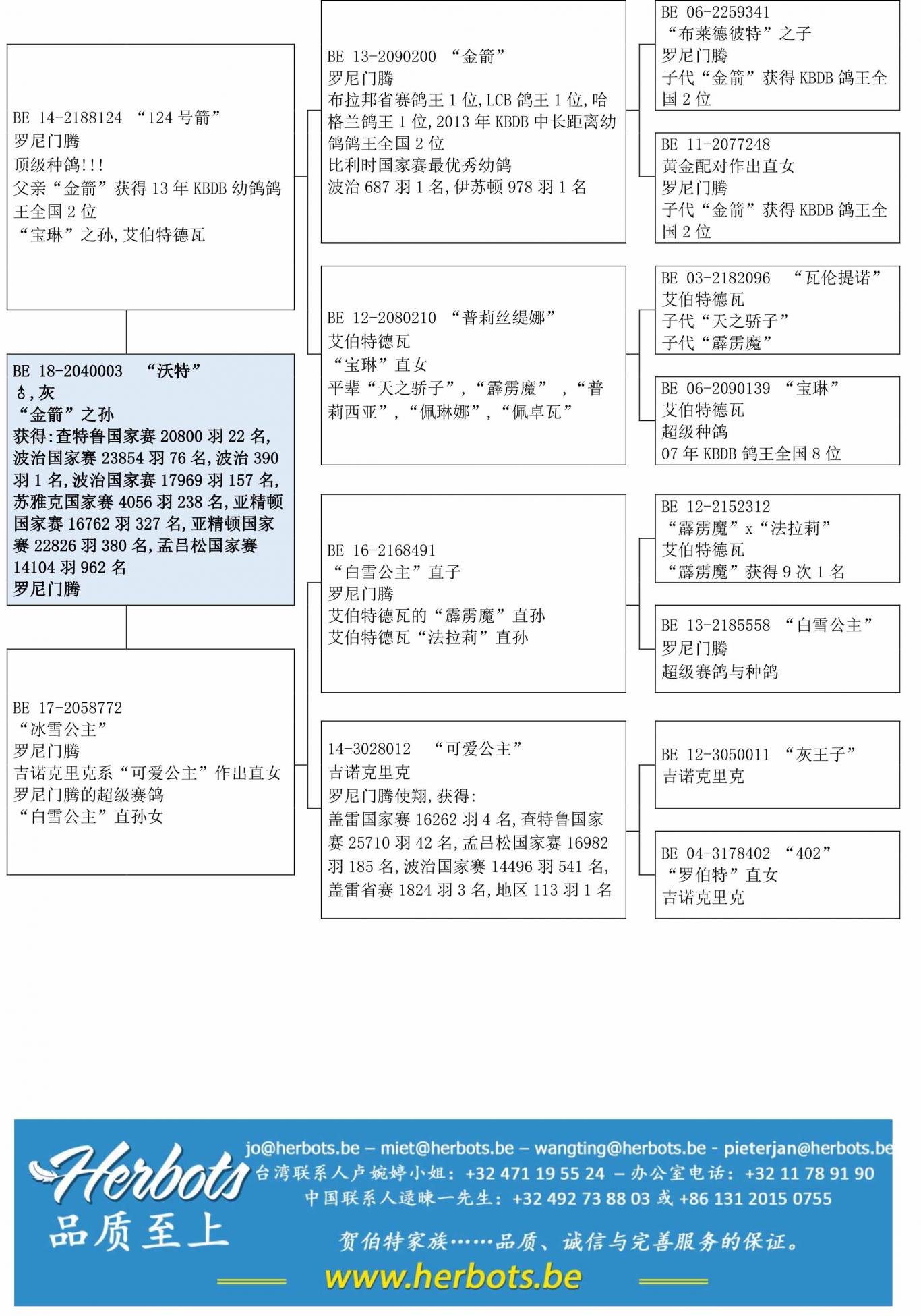 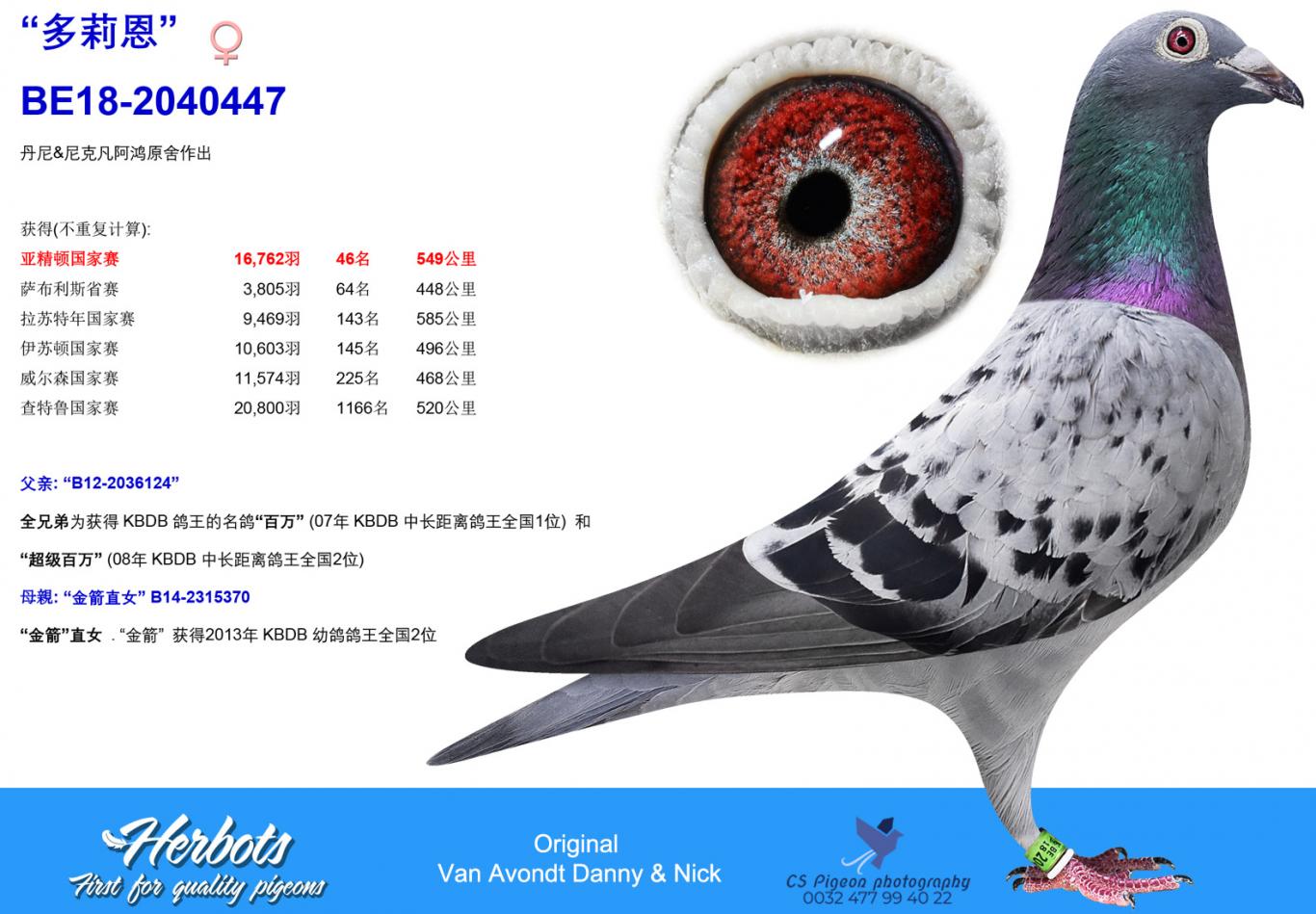 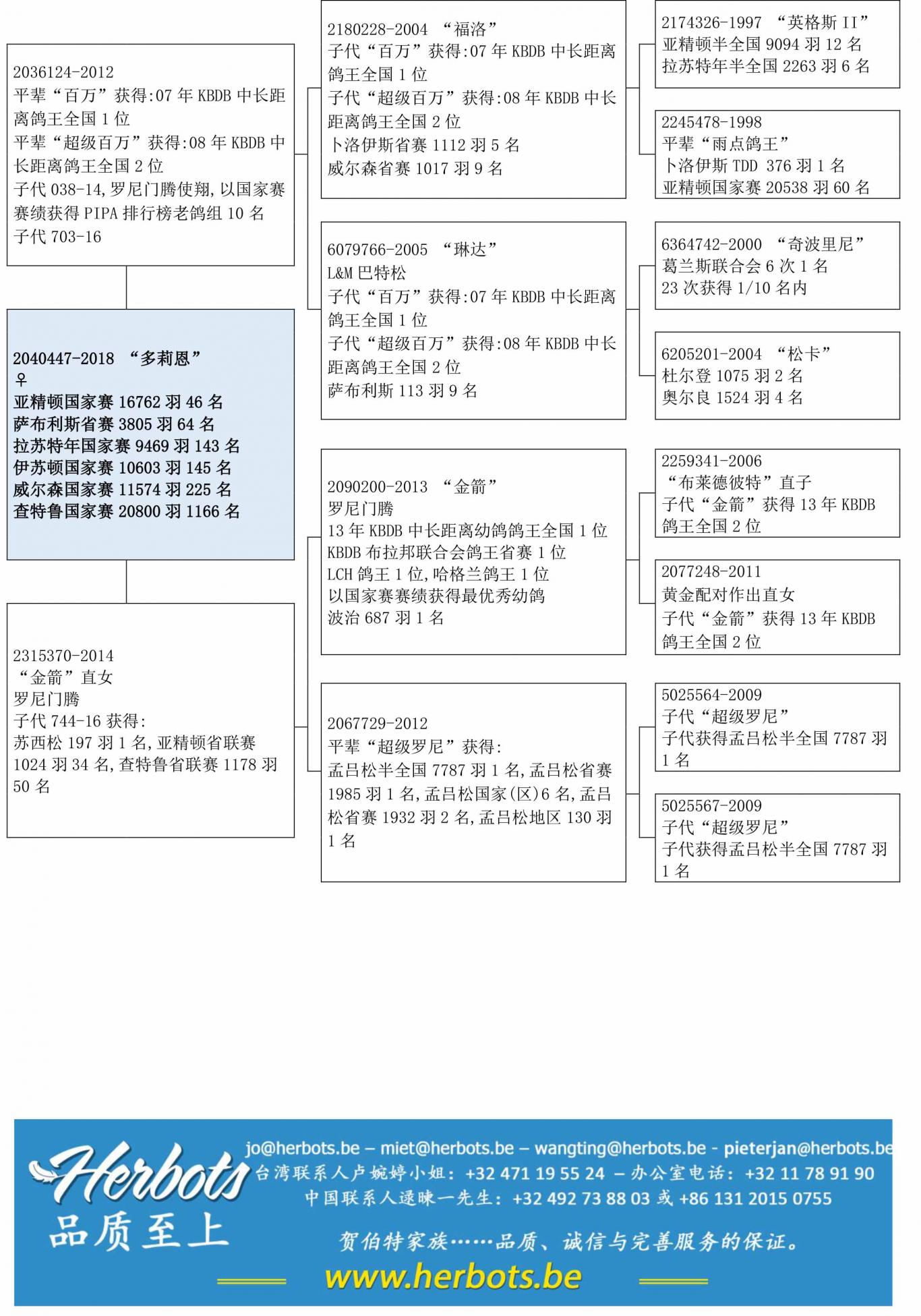 How do you prepare your racing team ?

So they never breed in Winter, I couple them in function of the start of the season. This year it was different in comparison to other years but I tried to do the same. End of March the racing team that is on total widowhood were being coupled and let them over breed. The righthand loft I race on double widowhood, so 2 hens that are paired up to 1 cock. The old hens could breed here during 5 days and the yearling hens got to know their cocks during training.

Did you darken the old birds as well now due to the later start of the season?

Now for the first time I did yes, I started beginning of April and kept this until 4 weeks prior to Bourges I. From then on they can race like that but I don’t lengthen the light.

Do the hens pair up or not ?

I keep them day and night in a big aviary where they have loads of space and don’t really feel like pairing up to each other. Should there be one and if she doesn’t get home good, she will be taken out of the racing team.

Which things did you adjust in comparison to other years?

The pigeons on total widowhood got straw on the breeding loft at the start of breeding. I noticed that they rather made a nest in straw than to lay in the boxes. This is how I got cocks that don’t have a fixed box at all and got couples laying everywhere in the straw. The motivation amongst each other on the floor gets bigger and maybe that they motivated each other like this. I try to race on the chaos system so that each week something else can happen on the loft but I left them do as they pleased.

During the feeding the hallways are being cleaned out twice a day and I just feed them in the hallway, never in feeding-boxes or something like that. It is also the case over here that they train hard and those who train hard are hungry, so it is a cycle that is always moving and which gives you really well trained pigeons that can take on without a problem 400-500km weekly.

How do you do that in a matter of training ?

At the beginning it is once a day until they really know well who has to go on which loft and make a full hour. When the season approaches I switch onto one hour twice a day. They do this without hesitation and when they take off during 40 minutes on Wednesdays you know you’re in a good position. They also get a bath on Wednesday and when they plunge in with a lot of eager you can basket with a peaceful heart.

The day of basketing is different each day or not ?

Yes and no, I try to keep a bit to a fixed schedule in a matter of timing but in a matter of motivation I try to adjust the loft along the season continues. This is how the get food between 16 and 17h. I do this every day so normally they eat really well. If not, I try to postpone everything for half an hour or an hour until they eat. You have to feel what the pigeons need and eating on the last day is very important to me.

With the group of the chaos system I use extra motivation week after week, I put even more boxes on the floor so that they can look for their own territory and things like that. Motivation is one of the most important things in a matter of top racing next to training really hard.

At arrival from the first races the pigeons of the total widowhood the pigeons just fly in between each other and choose themselves where they want to sit. This isn’t at the same spot each week, I have pigeons that do this but the pigeons know or feel best where they want to be. It is really all about feeling well on the loft, which is especially very important for the young birds. The other group of the double widowhood don’t sit together that long as I always have to leave them with their cocks in two groups, afterwards it can be for several hours that they can stay together. I surely don’t want to demotivate any hens and the goal has always been to shine on the national races. Now there was from the first official race a middle distance race (Melun) on the program which made me believe that a top season was possible.

The racing pigeons got in Spring Beyers Enzymix Recup 748 until they raced 200km, this is perfectly doable with this mixture. Afterwards I switch onto to Beyers Galaxy Light and Energy Plus for the more heavy work. The last 4 x it is only Energy Plus mixed with Brilliant Beyers and after each training they get pealed peanuts together with candy.

For the extra products as support I especially use the Röhnfried products, Blitz together with Carni Speed or Carni Speed together with Hexenbeer, BT-Amin Forte and Rotosal together with Mumm at arrival in the drinking water. At basketing I always give C.M.K. from Brockamp.

In a matter of medical guidance I always go for a check up to Raf Herbots from Velm. The pigeons have a check-up in Spring and during the season every fortnight. This year they were treated in Spring during 14 days with Cosimix and vaccinated against paratyphoid. They also got a cure against trichomoniases that period and then it was waiting until the week prior to Bourges I where they got something again. When there is something found during a check-up we treat again, otherwise not. The airways are being treated once a month from the moment the national races start. In a matter of vaccinations the old pigeons only get the obliged once against paramyxo and paratyphoid as mentioned above.

After his top season with the old and yearling pigeons Ronny Menten wanted according yearly tradition perform well with his youngsters. As Bourges was postponed for 14 days due to the hot weather he chose not to race the 1st National race out of Chateauroux but hit from Bourges on. When you then can close up with a 3rd and 4th National Chateauroux against 15,322 youngsters on the very last race and a 6th National Bourges against 28,551 youngsters you know that he has once again a super yearling racing team ready for next season. ‘Mister Bourges’ is becoming more and more ‘Mr National’.

How are the youngsters being prepared for the season ?

They get in Spring just a vaccination against paramyxo and small pocks. I don’t like too much vaccinations. I rather take care of the fact that they like being on the lofts, train and eat well. When this is all on point the condition will follow automatically when they race the kilometres which are the correct distance for them from 400km on.

In a matter of food we give them in Spring Beyers Enzymix Recup 748 in the morning and in the evening Galaxy Light. The goal is mainly to get experience on the national races which count as parameter to be able to become a part of the yearling team. Mostly the sexes will be separated about 14 days prior to Bourges to be able to enjoy a maximum of 6 weeks of the widowhood. They especially did short distance races in preparation of the national races, they did 2 middle distance races with in between again short distance races. Once they are on the national they go there week after week and get the same guidance as the old pigeons.