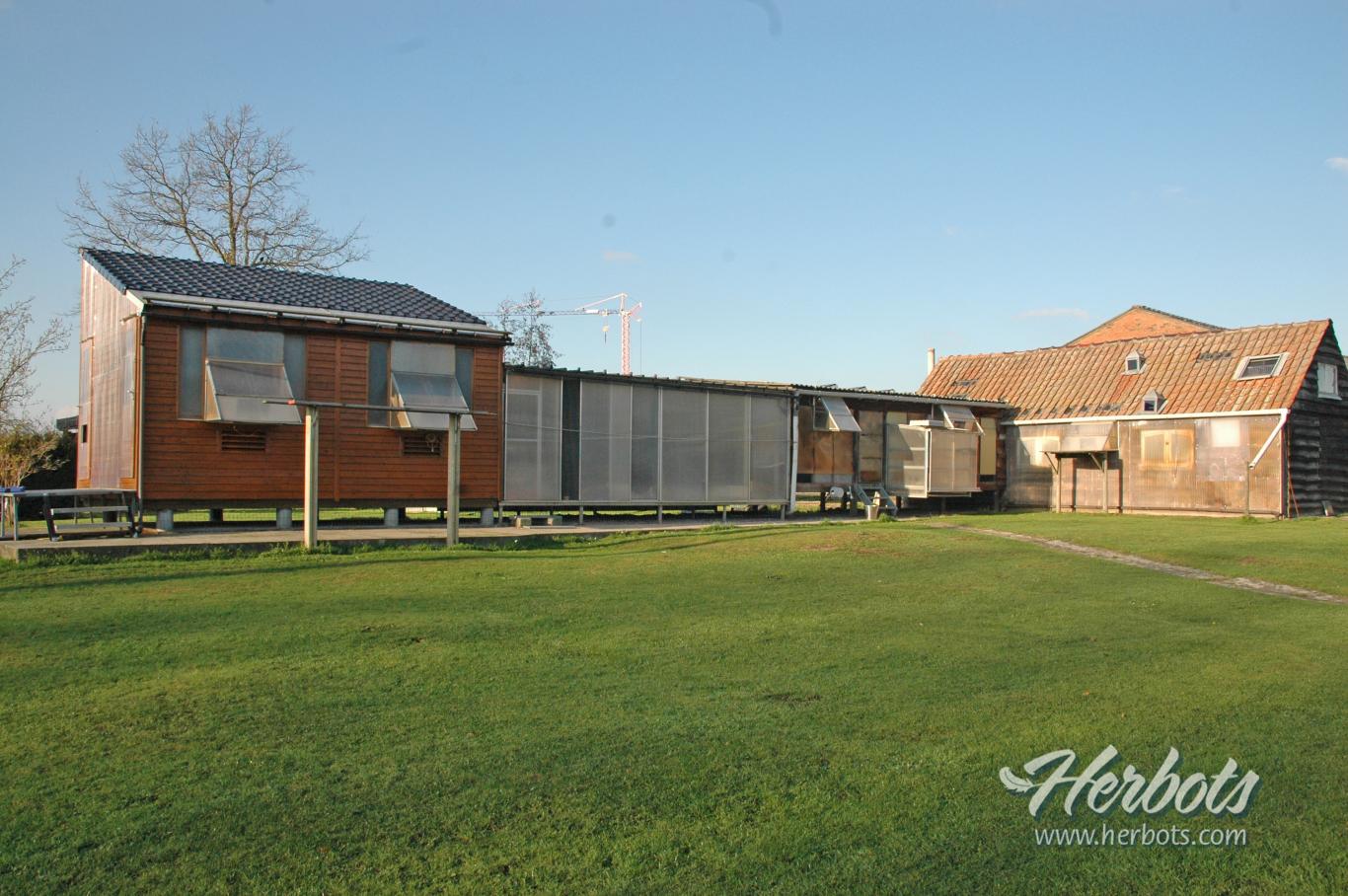 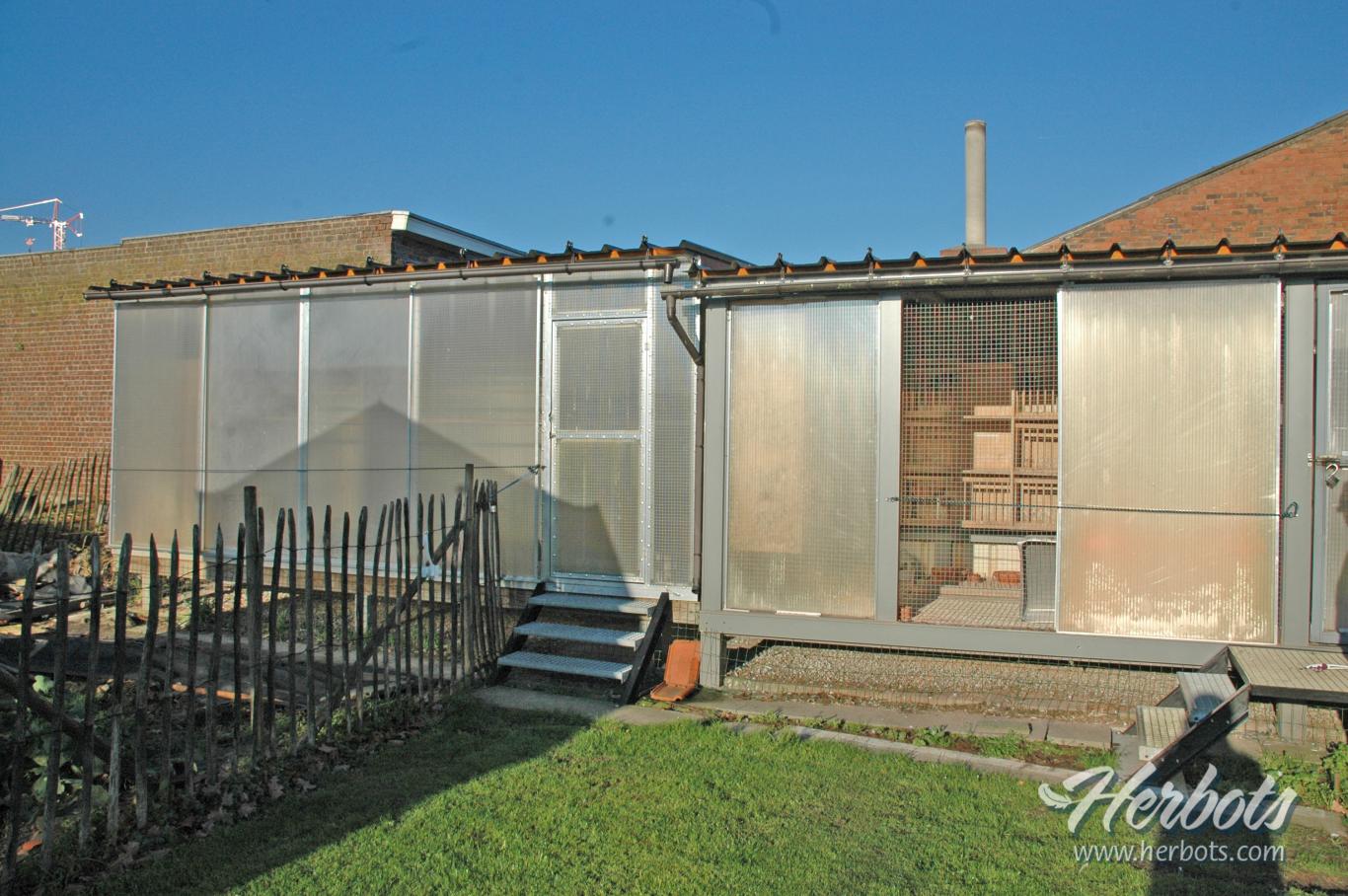 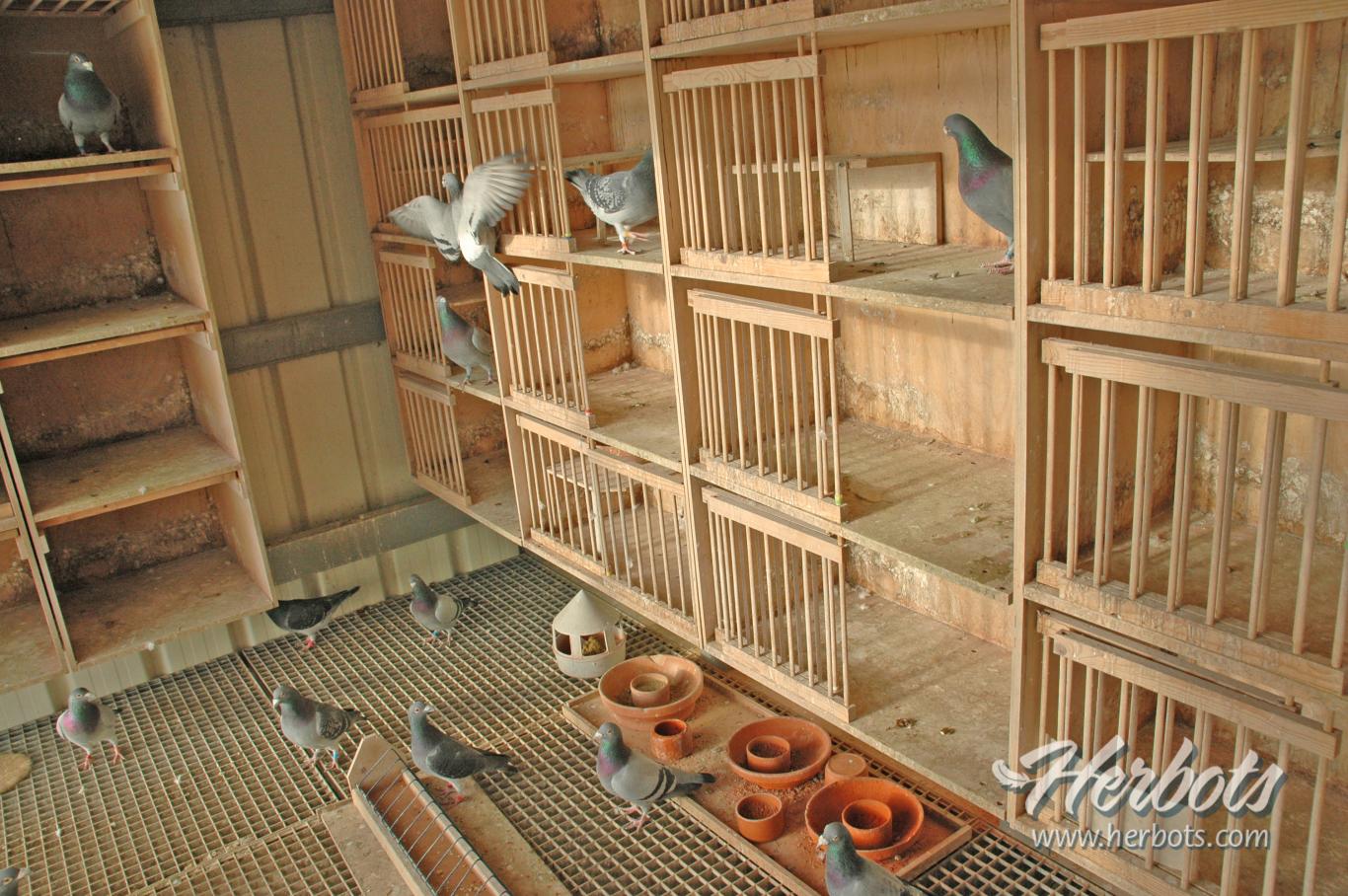 TOTAL WIDOWHOOD
Since a few years, Jan has been following the system of total widowhood. At the start of season 2018, 32 hens and 32 cocks were ready to go. Amongst this group were 6 old cocks and 9 old hens. On 20 February they were mated. Jan allows them to choose a hen and a bin freely. Some do it smoothly, others 'doubt' a little more. Despite the chaos nothing is forced and once the "ferviest" couple has been breeding a day or 4, all cocks and hens are separated again. Some have bred, others have mated with difficulty.
Once the flying squad is on widowhood, the cocks as well as the hens train once a day. The hens train around noon and the cocks around 6 pm. They are also fed once daily.
It is difficult to describe which compositions and which quantities Jan feeds. Jan feeds purely on intuition in which factors such as the weather, how heavy the last flight was, the weather forecast for the next flight, etc ... all play a role. The basis is a mix of different protein-poor mixtures and as the basketing date approaches the protein-poor mix is enriched with sports and energy mixtures, again from different brands. Jan likes to feed mixes that contain a percentage of barley. If they do not touch these during feeding, a fancier knows what he needs to know.

With the exception of a small group the cocks usually fly small middle distance. The hens fly middle distance weekly. The racing hens are loose in the loft. That loft is constructed in such a way that there is hardly any place to sit together and mate. Hens must see a release place every week in order for them to lose their excess energy and to temper their drive to mate. Leaving hens home for a week is asking for trouble.
In terms of by-products a weekly dosage of freshly made tea, oregano oil and Nutri Power (powdered) is on the menu. During the winter period, a lot of commercialized tea is administered.
Medically, the man in the white smock is visited before the start of the season visited and treatments are administered if necessary. This visit takes place 2 months before the start of the season so there is enough time for treatment if it is really necessary. During the season the medicine cabinet remains closed as long as the performances are good. In the event of poor performance during a few weeks, Jan will take a seat in the vet's waiting room and follow his professional advice. Jan administers the well-known 'yellow drops ' against tricho.
Pigeons in good condition train well and Jan likes to keep an eye on his racing team during their daily training. Furthermore, Jan says that “pigeons in good condition also tend to motivate themselves. In a manner of speaking, they find motivation for example by trying to extend their territory or doing another 'crazy' thing."
At the end of the season, the selection takes place, both with the old and youngsters, purely on performance. "Would I keep a young pigeon who has not flown any prize whatsoever for another year to prove himself as a yearling? Frankly no ... a young bird does not need to fly 100% prizes for me, but will have to fly itself into the spotlights with an astonishing achievement at least once. The kind of 'bang' that impresses the owner."