Again what a season for Sabrina Brugmans and Stephan Machiels out of the Limburg city Halen. We always think, it has been enough by now. He isn’t going to be able to race any better, but every visit again I only see a very motivated fancier that has his colony fully under control and when there is a setback you have to watch out the following week extra as he might race even harder then.

The season of 2014, this is how long we go back to show how long he has been at the national top within pigeon sport. He won back then with “Charlotte” the 1st National Ace bird Greater Middle Distance Year birds KBDB. The blood strain from “Charlotte” has been a blessing for the current top pigeons of this colony, Stephan worked out a strategy for the breeding loft and afterwards it only became better. Something he couldn’t dream about is that is kept on being better every year again.

The year after in 2015, he won the 1st National Bourges with “Valère” against 36,315 young pigeons or you can get within 2 seasons 2 really big victories. National Ace birds and National winners, this is what we all want and this is how they saw it as well. The crossing “Valère” and “Charlotte” took care of fireworks. Or how in almost all current top pigeons one of these two blood strains is present. When we than have to summarize the seasons of 2016-2017-2018 you only see a lot of provincial victories, more than one national ace bird and results at a really high level the entire season through. In March of 2019 the coronation of the ‘Gouden Duif’ winner became the highlight of the season of 2018. Also in 2020 he was very close in winning it but had to be satisfied with the 2nd Place General in the very though ‘Gouden Duif’ competition. 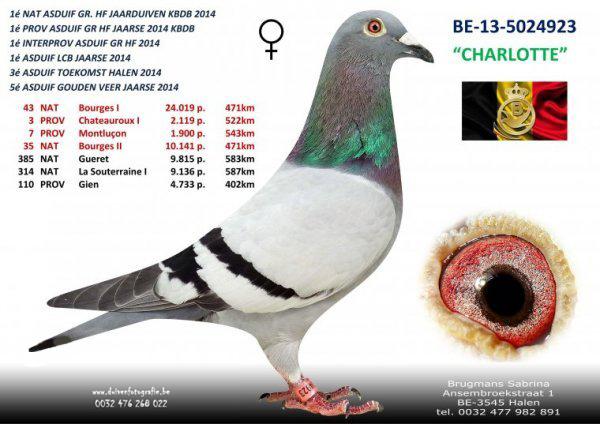 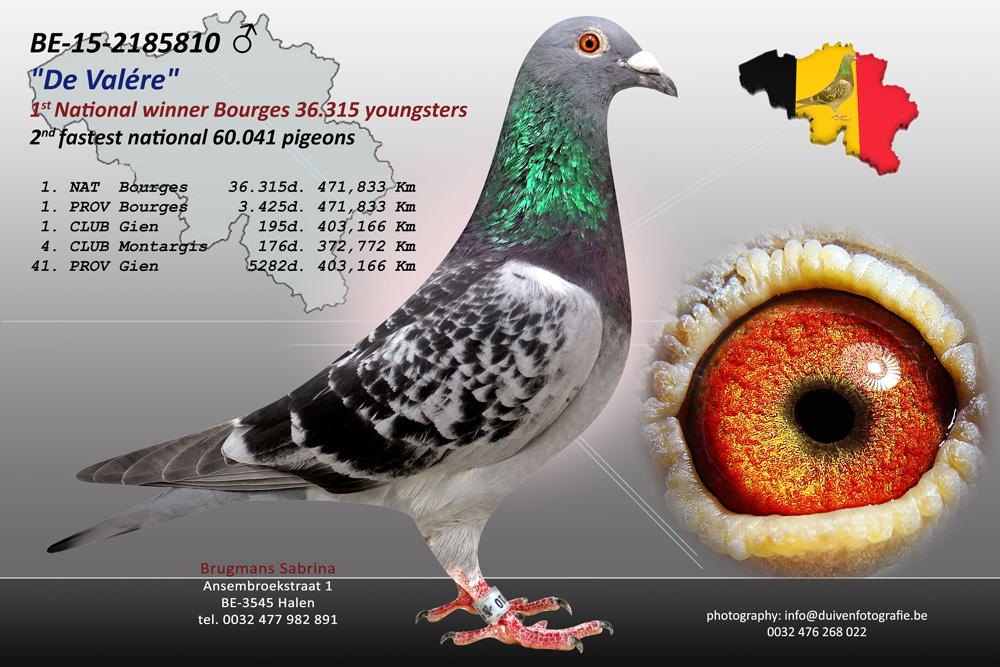 This is how we directly come to the season that just past. From the beginning on the pigeons came home as a train and we had to visit him that often just because he raced that well….

Underneath the overview of 2020

The hens are at night on 2 resting lofts, what immediately strikes is that some hens have their fixed spot and when they come onto the other loft by accident they absolutely want to move right away. Motivation or not? It will count without a doubt.

During daytime they are always in 2 aviaries in front of the lofts, hot weather or not, they go in. In Spring they are being darkened from beginning of March until the time we could go to France this year. Normally this period is much shorter but now I had to try to keep them at ease. From half of July the old pigeons will get longer light until the end of the season.

Less cocks for a big group of hens

As it goes that well with the hens you keep more off course, so you have to make choices. I chose to keep 20 cocks that motivate my entire racing team. At the beginning this is a big fuzz on the shorter races but once we go further that problem is solved. In Spring due to the later start of the season they could see each other during 5 days, something I normally don’t do in a ‘normal’ season.

So in the beginning of the races they can see their cock in groups during one hour and then it’s the next group turn. A lot of work but as it pays off by racing well you do it with all pleasure.

I have set rules in a matter of motivation before basketing, the ones for the national races can be together during one hour before the race, all the others about 15 minutes. Simple and they do well on all distances.

Is training necessary or not ?

For me yes, I like to see them train. When I hear that a fancier is telling that his hens only train during 5 minutes, then I’m happy that mine train longer. All the time that they aren’t on the loft, they maintain their condition and waist energy which makes the pairing up amongst each other also less.

So the day after the race they don’t come out and get all the rest they want, on Mondays I let them only train in the evening but certainly not fully. Against most of the rules they do come out on the day of basketing. This has 2 reasons, the pigeons that need to be basketed in the evening are more hungry and the pigeons on the short distance and middle distance on Friday have had another training as they otherwise have to sit still too long is my personal opinion. 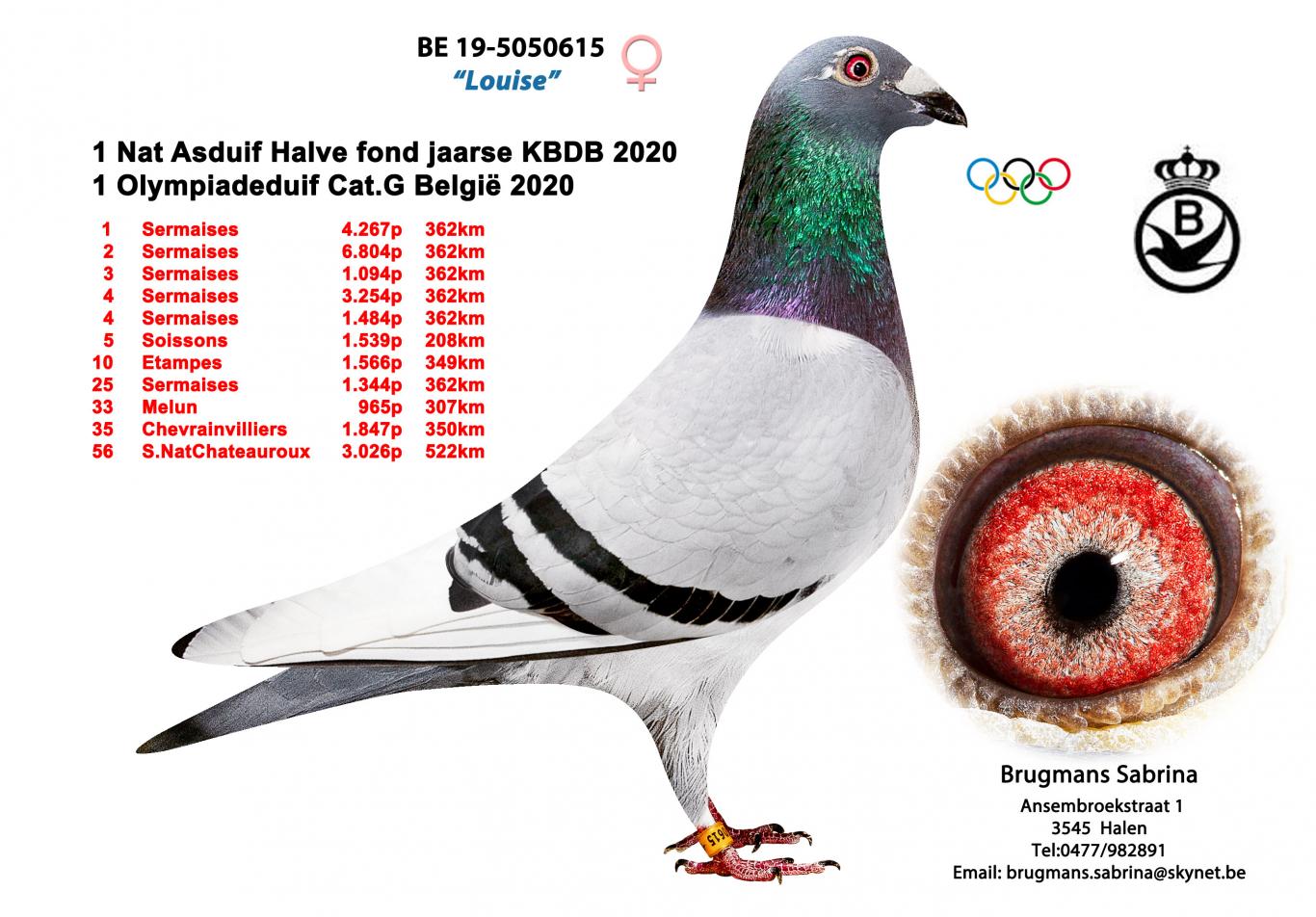 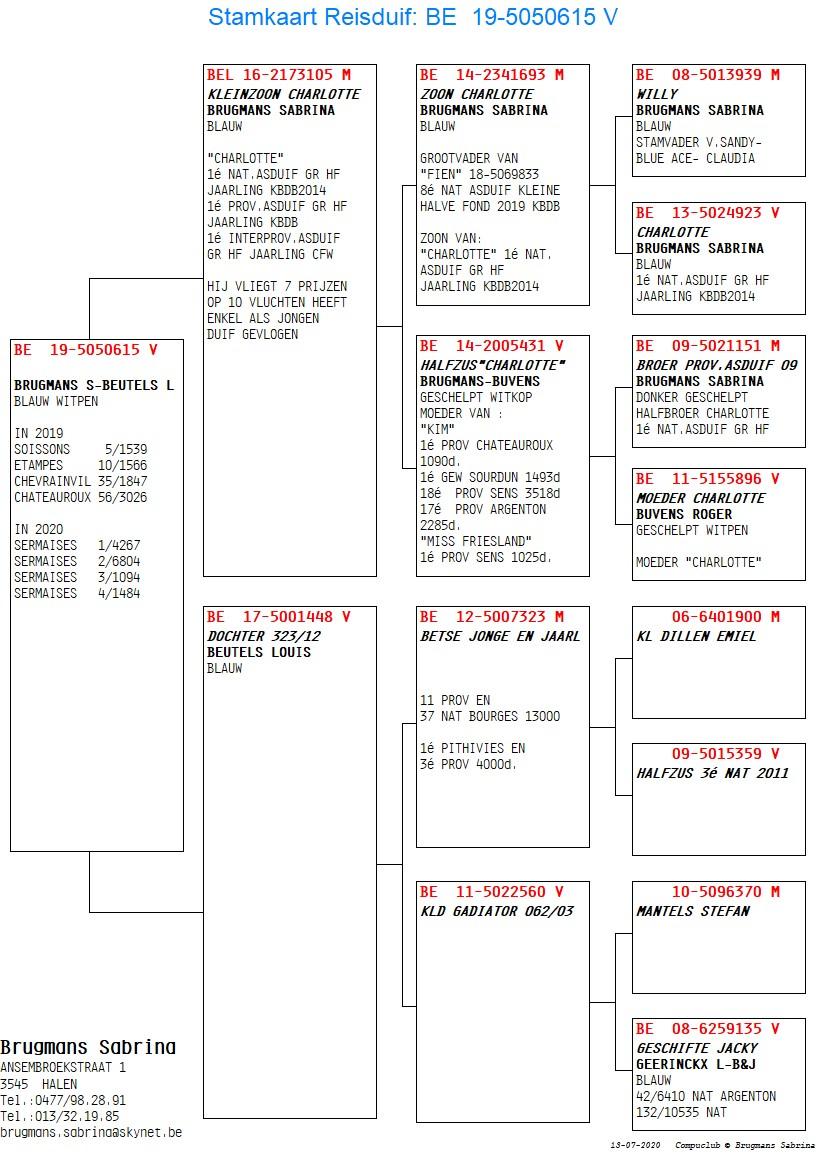 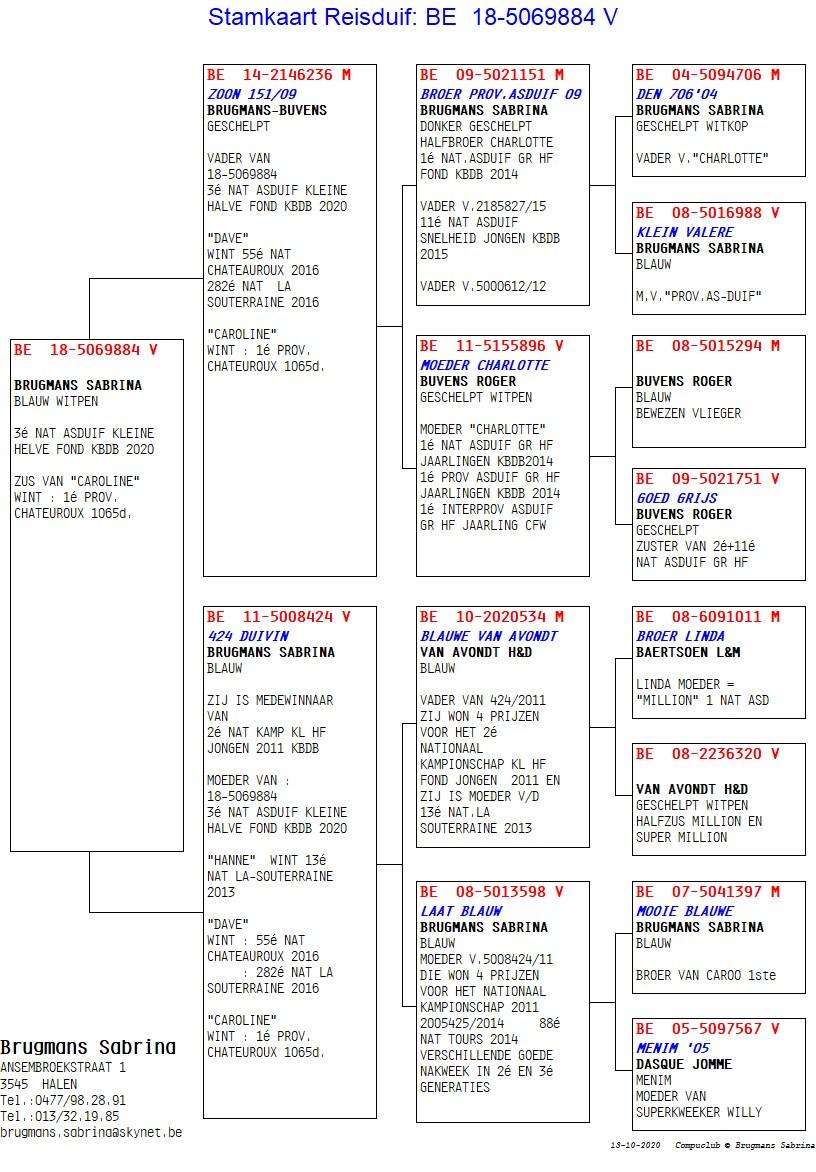 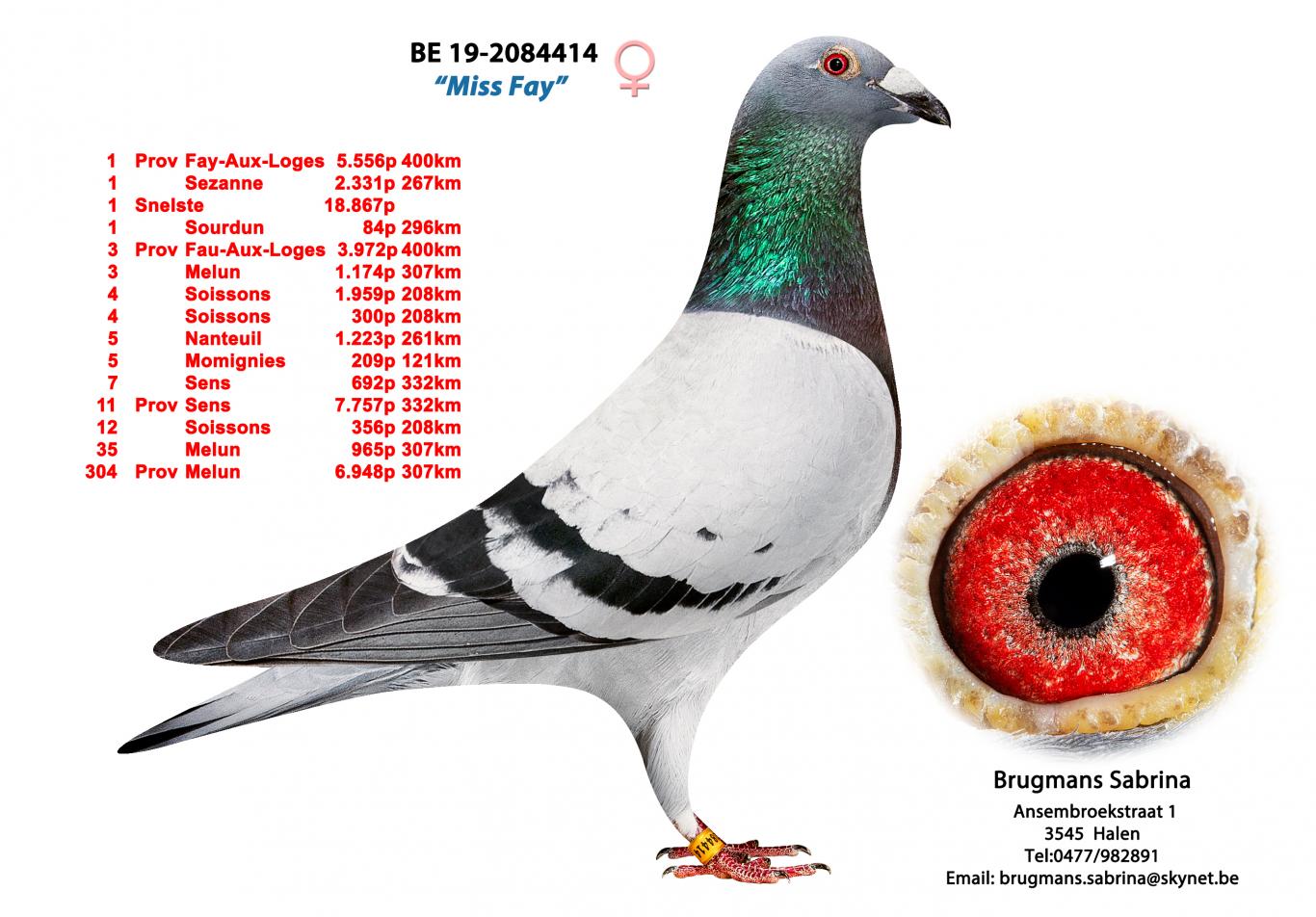 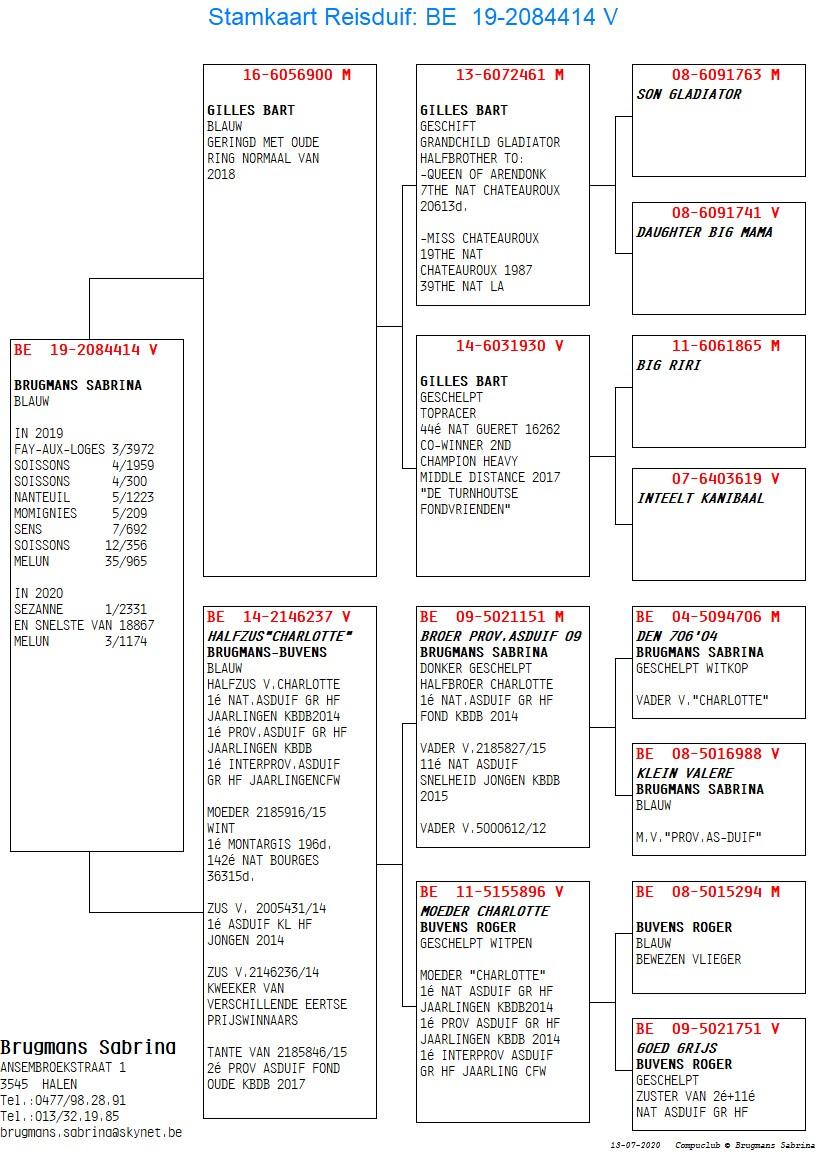 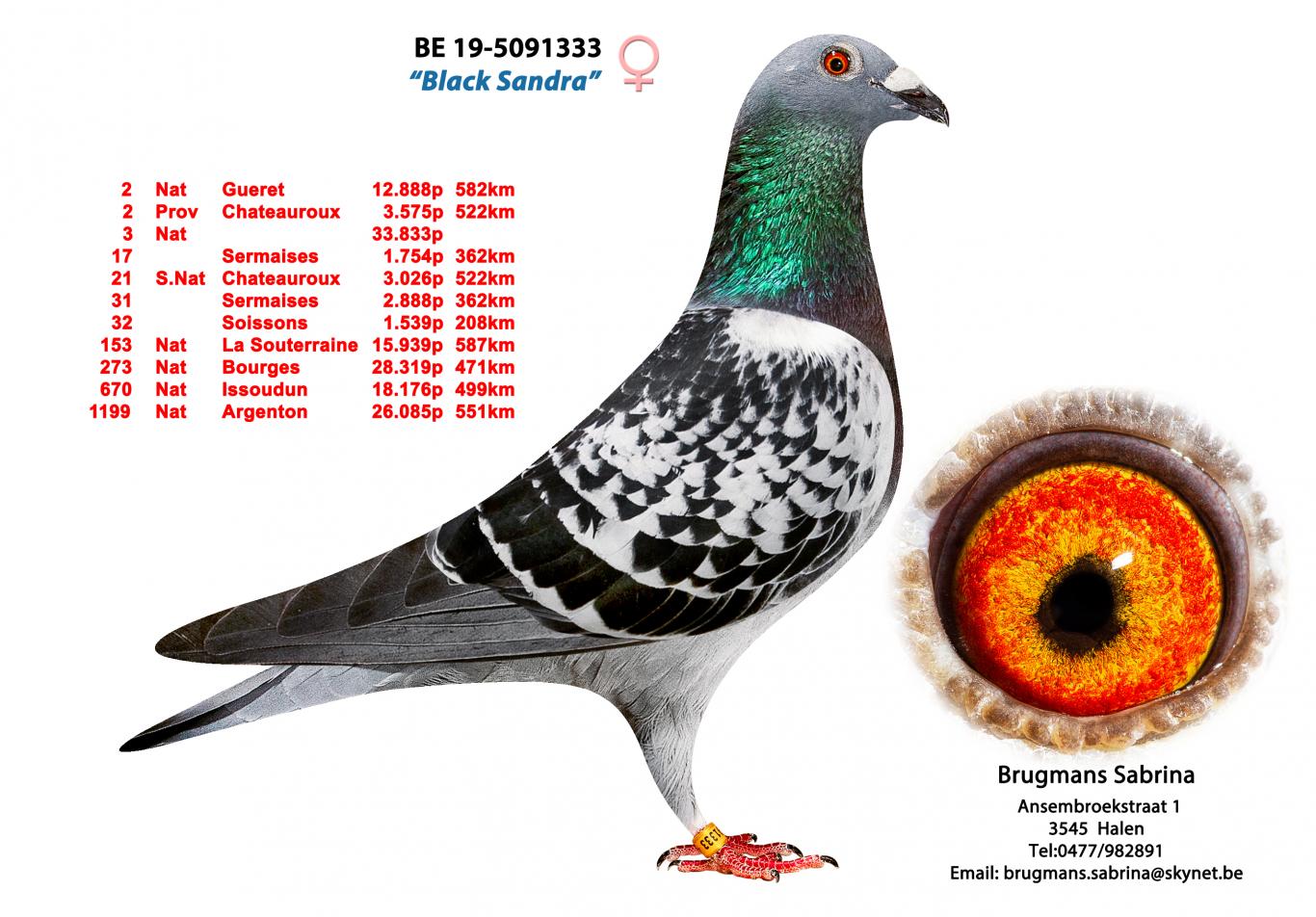 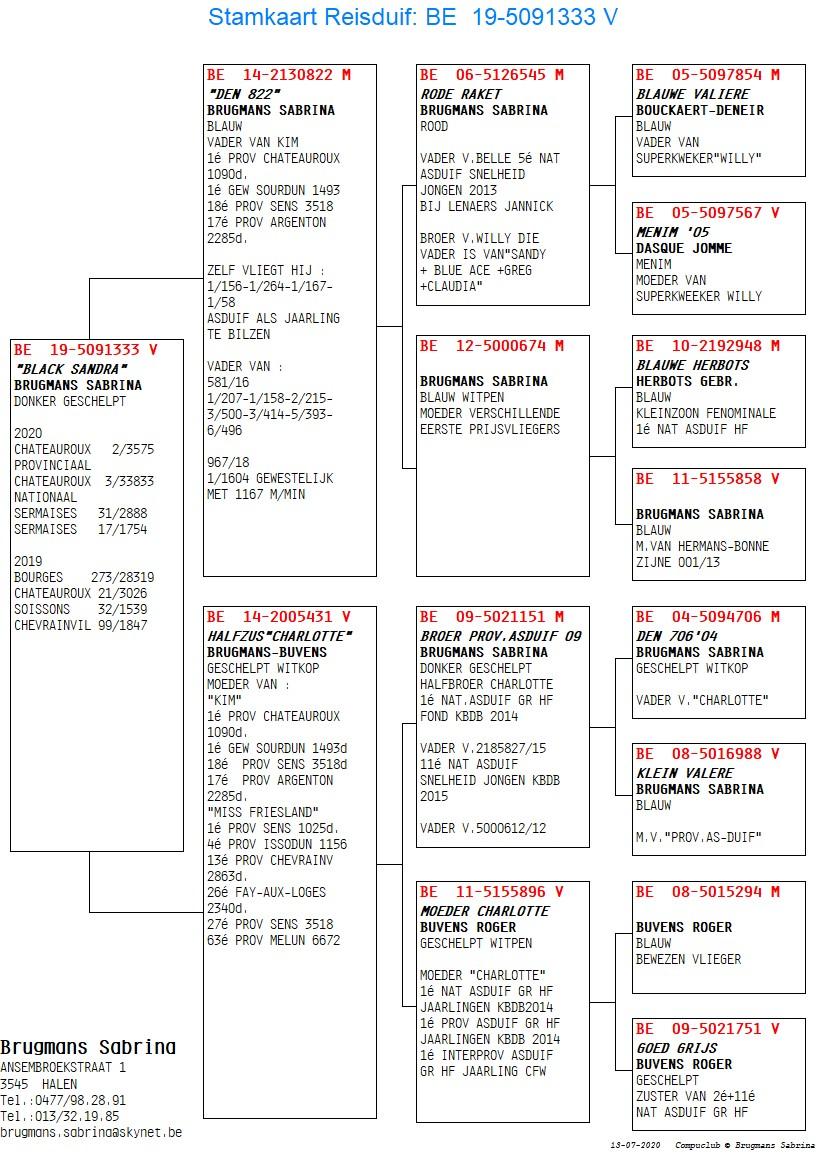 Underneath 2 hens became 5th and 6th National Olympiad birds Cat.B Olympic Hope KBDB 2020 and raced both the past two seasons at a very high level. So much top class that you can keep on presenting pigeon after pigeon with a palmaris to bow for. 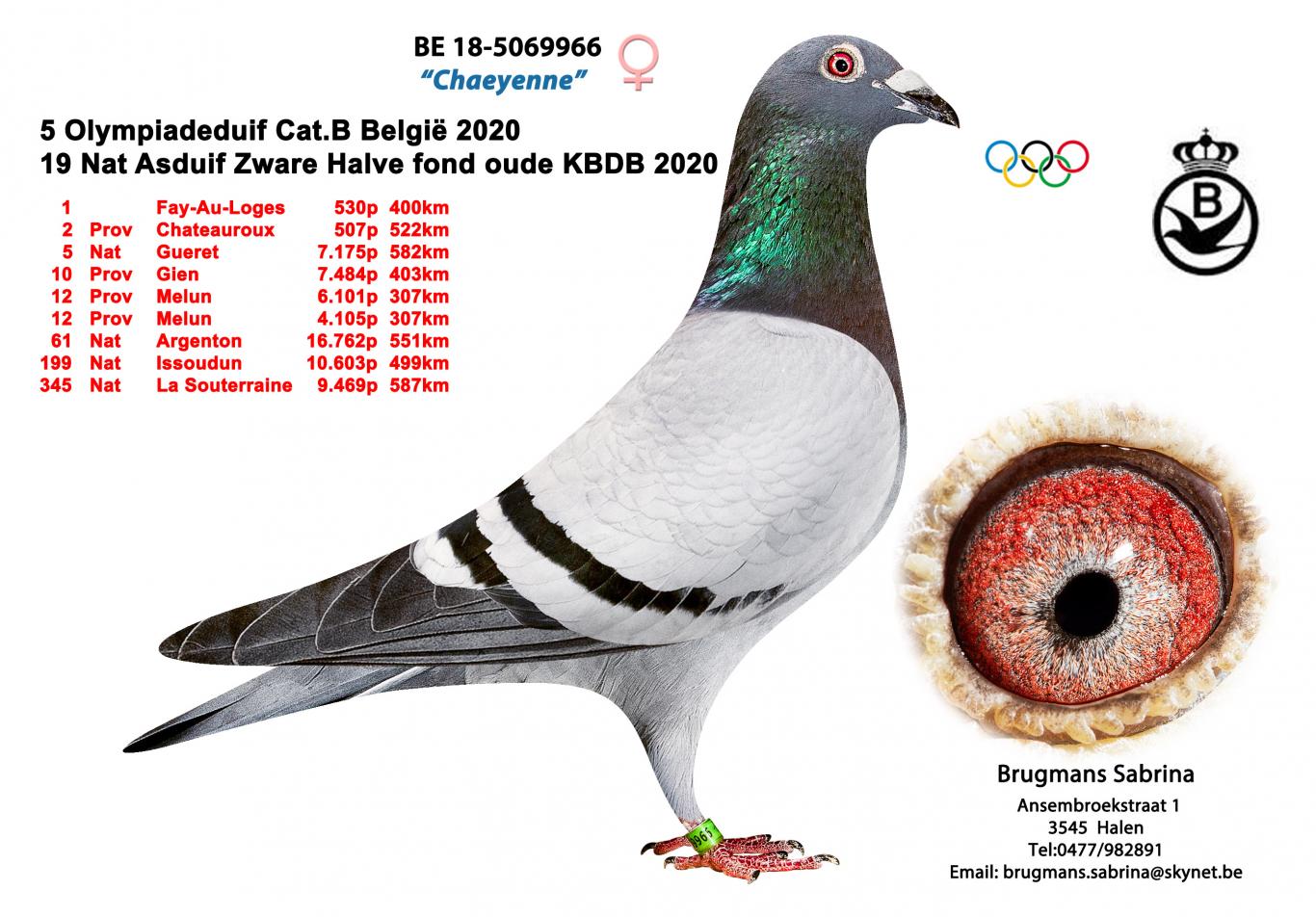 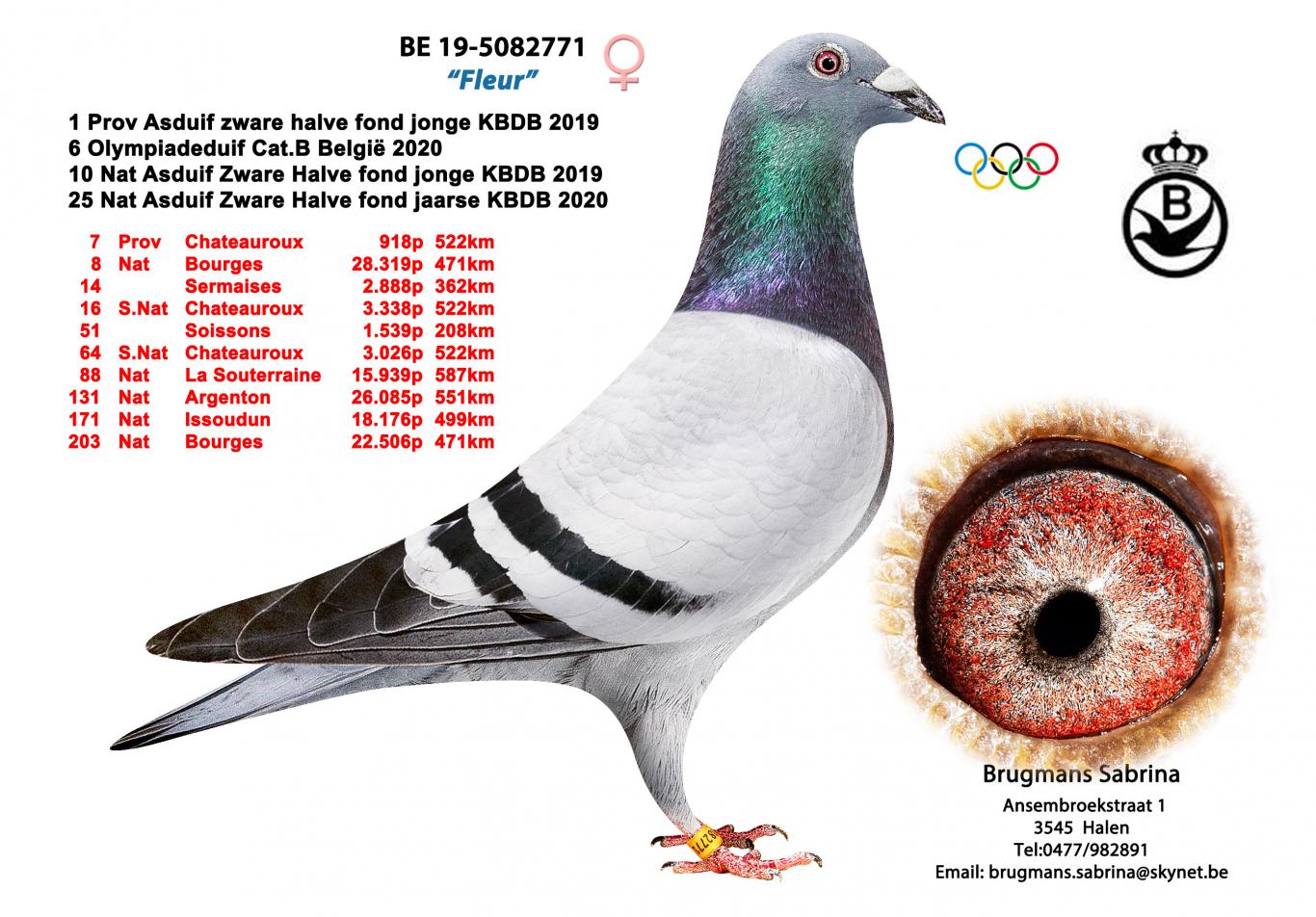 A lot of training and a lot of kilometres are done here so they get surely good food and enough food. At arrival and the day of basketing my pigeons get for the more heavy races Turbo Extreme from Matador. On Sundays and Mondays I give Girl Power from Aidi and from then on I feed them with Matador Atlethic together with Turbo Extreme and this until basketing.

I try to feed them more than once a day as extra. Before the morning training they get the half portions from what they get in the morning and after the training the other half. Which I also repeat in the evenings. Next to that they get peanuts, candy, P40, grit and Tovo as extra’s after their portion of food.

The medical side we trust everything to Vincent Schroeder from Kerkrade and get in Spring a cure + vaccination against paratyphoid and a cure against trichomoniases in April. In a matter of airways is the loft always very dry, no draft and the aviaries have been a golden move for me.

Stephan and Sabrina, a big congratulation with this amazing results from the entire HERBOTS TEAM.