We cannot ignore it and then we are talking about the performances of the father and son combination den Hartog Johan and Thomas. Incredible when you look at the list of the national championships NPO and WHZB/TBOTB of the last 5 seasons.

The 5 toppers of the loft.

It is more than clear that Johan, who is a bricklayer by profession, and Thomas have toppers. Hereby an overview of 5 of them. 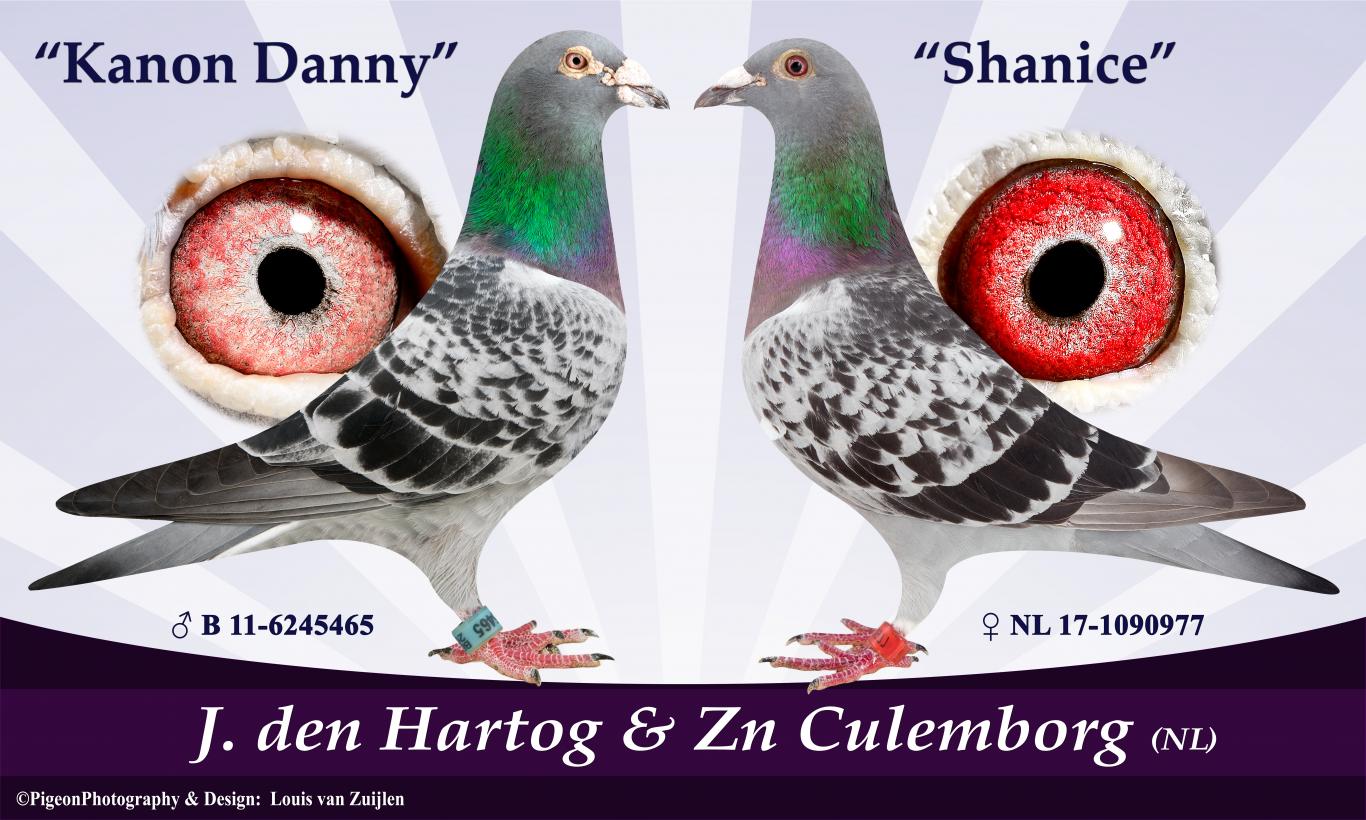 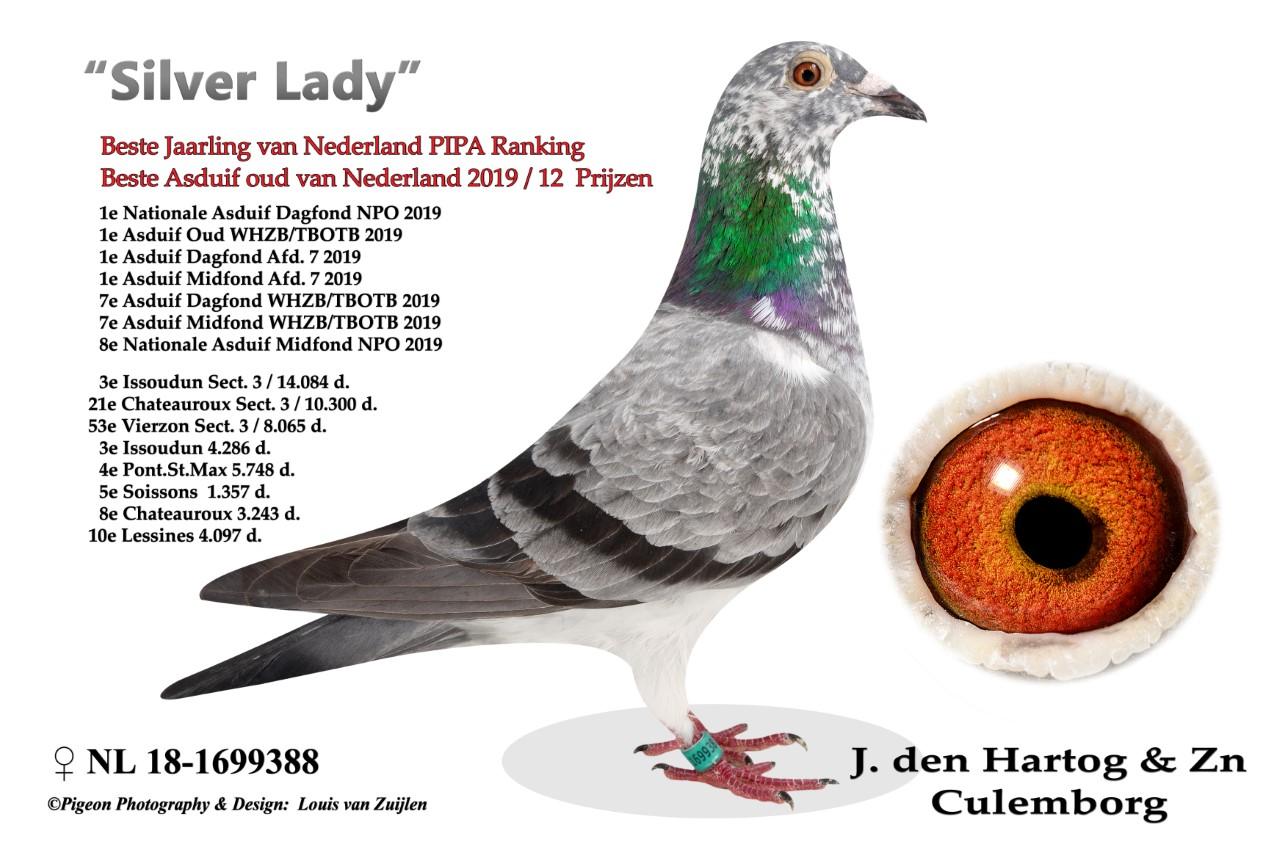 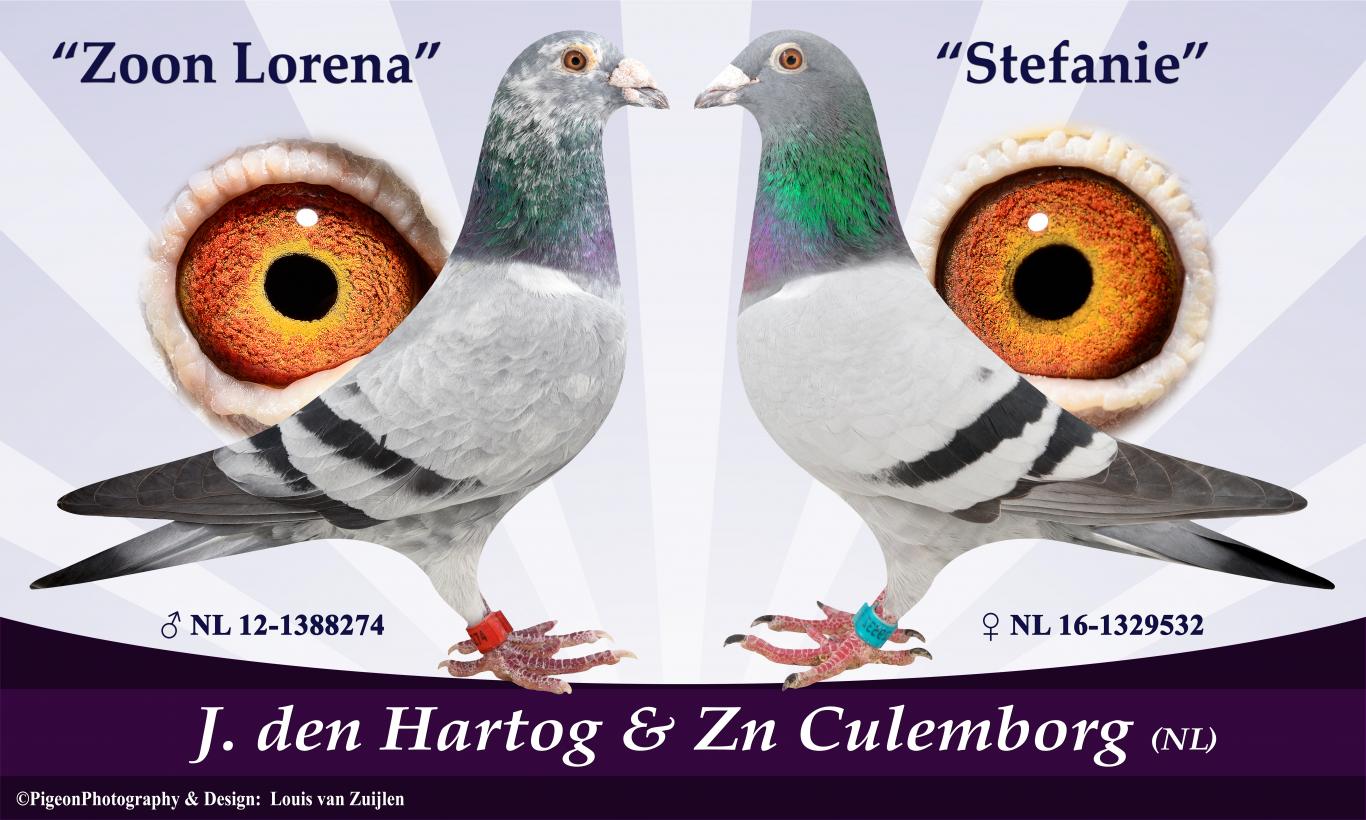 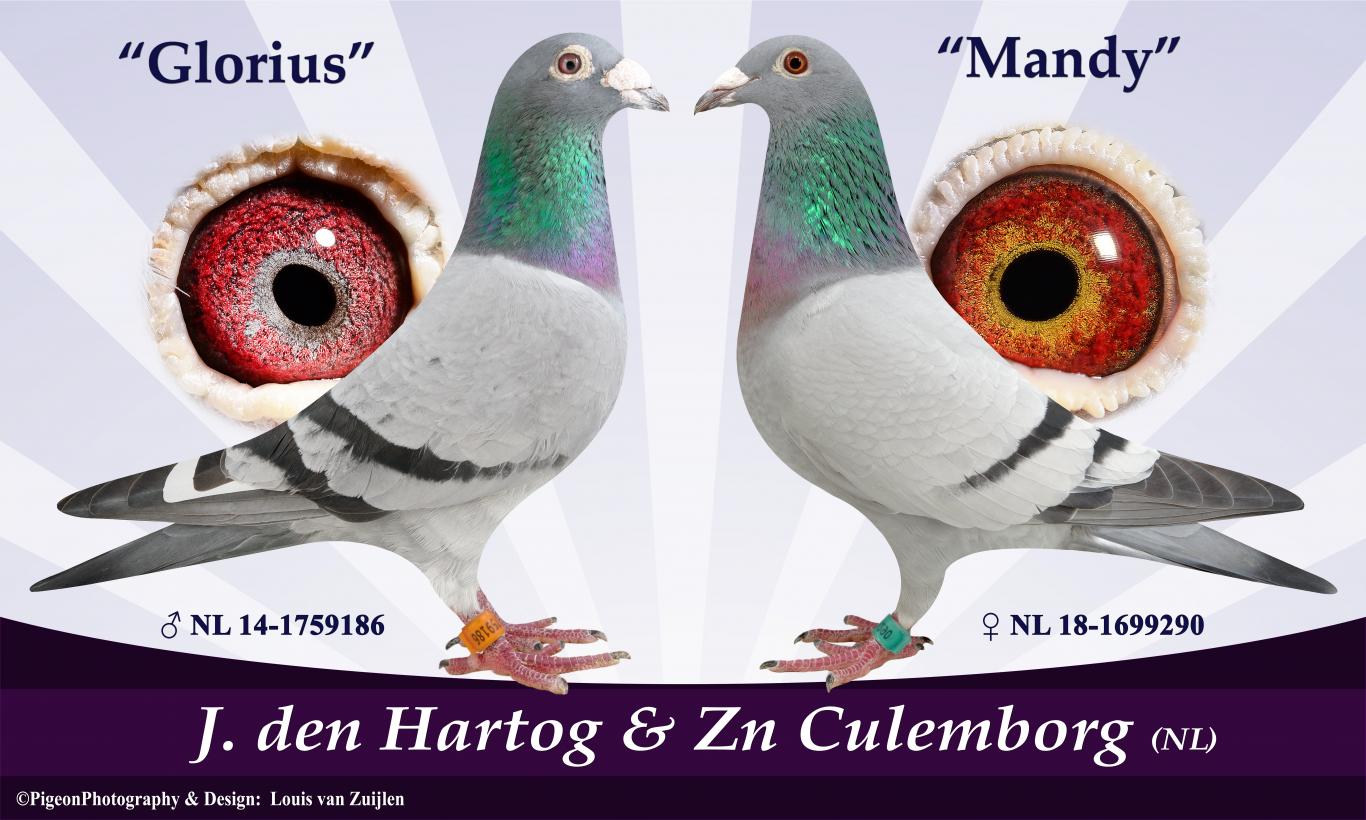 How it started
In 1987 Johan started with racing pigeons when he was 11 years old, his father also had pigeons but he did not fly with them, he just liked to keep them. Three years long Johan kept pigeons, then he had to stop because of his education and he could not combine this with taking care of the pigeons.
Johan tells: "Jan Schipper from Zoelmond stopped with the pigeon sport, that man flew very hard. In that year I started with the pigeons. At his last party with the club, I spoke to him, he said ....'if you want to know something, just come along' and from him I picked up a lot of good things. I started with warbirds from various fanciers, from which also came the youngsters that I did so well with. Until 2008 I competed reasonably with that. But in that year I lost all my youngsters but also my youngsters. Then I was helped very well by my sport friend Willem van Maaren (Waardenburg) from whom I got some 20 youngsters from his breeders. These were pigeons with bloodlines from lofts of Jo Baars (Brakel), Dick van Oort (Zaltbommel) and Eddy Grootjans (Belgium). The performances went noticeably better.
In 2008 I got to know Hans Hak (Mourik), my present bricklayer and from him I got pigeons. Eddy Grootjans (Belgium) had been following me for some time through the internet and at some point we came into contact. From that moment on Eddy gave me every year young pigeons. In 2012 there also came pigeons from Maurice van de Kruk (Tiel) and with these 3 species we have built our present strain. The overnight pigeons from Thomas come from Jan and Ina Roobol (Zwijndrecht) and from Thomas his school director Piet Westerlaken (Veenendaal). Why we continued with this is because they sufficed and it was given to us. This is how pigeon sport is at its most beautiful. In the past we have also borrowed pigeons from the aforementioned fanciers to breed from them. In 2010 I was working with Hans and he asked me if I wanted some youngsters. I said I had enough but Hans was stubborn and took a basket of youngsters the next day not knowing what would happen. A youngster became as yearling 1st Ace pigeon of the region C and the year after that his nest mate ('Lorena') became 2nd Best pigeon of the Netherlands. If Hans would have known this in advance, he wouldn't have given them away but that's being lucky".

And now about the care

How does the feeding schedule look like per discipline?

"The only difference is that on Monday, no Recup is given but the Galaxy Light of Beyers, with a bit more small seeds and fats. We are also going to work with by-products such as candy seed (every evening a spoonful per pigeon), hemp, Omega 3-6-9 granules of CEDE and some peanuts with the widowers in the breeding boxes. Here also .... fresh water on the day of arrival and a full bowl of Super Widowhood. At the end of the afternoon the pigeons are separated. On the Sunday full Recup".

One-day-fond: "In the week of the next middle distance race, the Recup is cancelled and replaced by Galaxy Light full tank on the Sunday. Monday morning 10 grams Galaxy Light, in the evening 20 grams Super Widowhood per pigeon. Tuesday morning 10 grams and Tuesday evening 20 grams Super Widowhood. Wednesday morning 20 grams Elite Enzymix, in the evening full tank. On Thursday morning, the day of basketing, the pigeons are also given full body Elite Enzymix, the rest is taken away around noon. On all days the pigeons get candy seeds, hemp and peanuts, on Tuesday and Wednesday evening the food is mixed with Lecithin oil from Beute, which replenishes the energy supply and reduces acidification of the muscles and organs during heavy efforts. Then the powder of Olympic MG Mix by Beute is added, which again supplements the feed during a heavy period of training and flying. It also supports and restores the muscles of the pigeons when they fly crooked. On the day after their return, the pigeons are separated.

Marathon: "The pigeons are cared for in the same way as with the day long distance, however, since the basketing is on the Tuesday, the feeding schedule has been moved forward. Again, separating the pigeons is done the day after returning home".

In all sections, the cocks are fed in their boxes and the hens in the feed boxes. Before basketing, Belgasol is added to the drinking water and also upon returning home, regardless of the temperatures.

"Directly after the last flight, the pigeons get a complete 7-day yellow cure followed by a 12-day parastop cure. After that, they are immediately vaccinated against parathypus. Until spring, the pigeons get every day the herbal mix of Jan Smit in the drinking water, then follows a 12-day orni cure with simultaneously a 5-day yellow cure which is done by powder over the food. During the racing season, I keep everything instinctively under control with a monthly yellow pill. With two nights basket or more, on the day of returning home and the day after, B.S. van der Weerd is put in the drinking water. Before each middle distance race, something is given on Tuesday and Wednesday for the airways. Every six weeks, the lofts are smoked out and in March, the pigeons are drip-fed against lice, which is at the same time as the obligatory paramixo vaccination. The youngsters are treated against smallpox besides the obligatory vaccination. Only when there is really something wrong which cannot be solved by us, the pigeon vet is consulted through a visit with some pigeons. A few times a year we send the manure for control to Dr. Schroeder where we also have most of their medicines".