Ermerveen: What a weekend for the Koopman team ! Even Gerard needed to sit down for a while and said with a sough : ‘a historical weekend’ …yes…even for Gerard, who has won already that much, it was a weekend to never forget. Two sector victories in the same weekend…unique !

It all started last Friday with the race out of Cahors. A distance of 1,048km to Emerveen and at 12h30 the baskets went open for the 1,371 pigeons on Cahors. It became a very hard race as at the day of release only 60 pigeons got home. Fastest one was “Azura” (NL17-4703960) from Gerard Koopman. “Azura” is at the team of the overnight hens and is being raced on widowhood. Special to this method is that these ‘overnight hens’ are day and night in a heated aviary. Only when the cocks train the hens are being locked up inside. The heating is foreseen to make the climate more pleasant and dryer (low humidity). These hens train twice a day and this together with the long distance hens. The bigger the group, the bigger the eager to train.. “Azura” did with this race her 3rd overnight race. Before she already won 9th Perigueux 970b and 31st Limoges 856b.. “Azura” has the pure greater long distance blood running through her veins. Her father is “B15-3142024” (direct Noël Peiren and a son of the 2nd National St. Vincent 2013) and her mother is “NL10-1130620”, a full sister of the 1st National St. Vincent S4 against 1,542b at Henri Hoeks.

Then on to Sunday the 7th of July. The Koopman team shined again thanks to the wonderful result of ‘Amano’ (NL18-4718197). With an average speed of 1,166 m/m for a distance of 621km, he was the fastest against 6,086b. Remarkable is that his nest brother wins the 6th price ! Both are from the very known breeding lines from Gerard Koopman and then you get directly at top pigeons like “Fridus” (son to “Bjarne” x “Monique”) and “Walada” (daughter to “Royal Dream” x “Adora”) 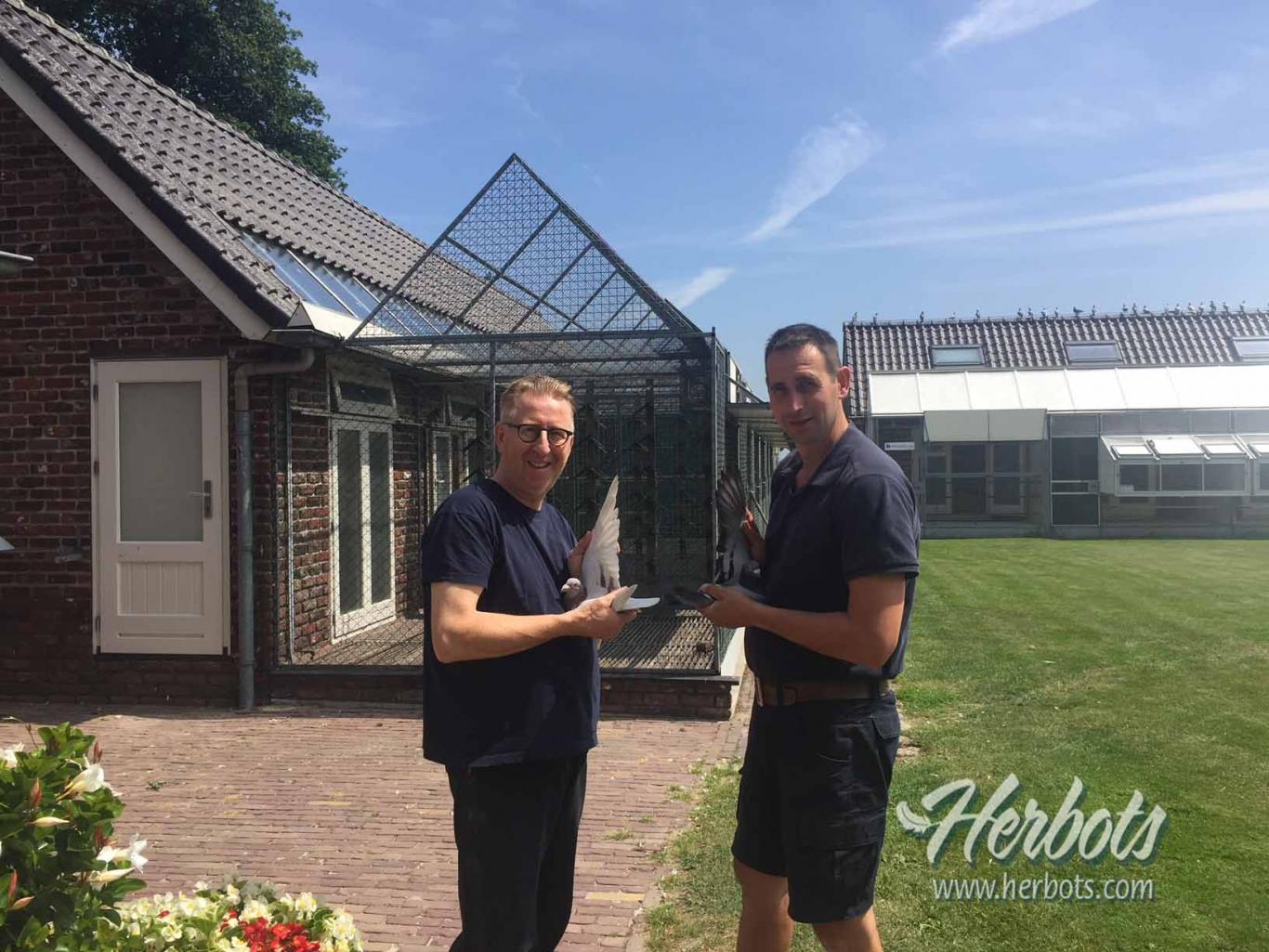