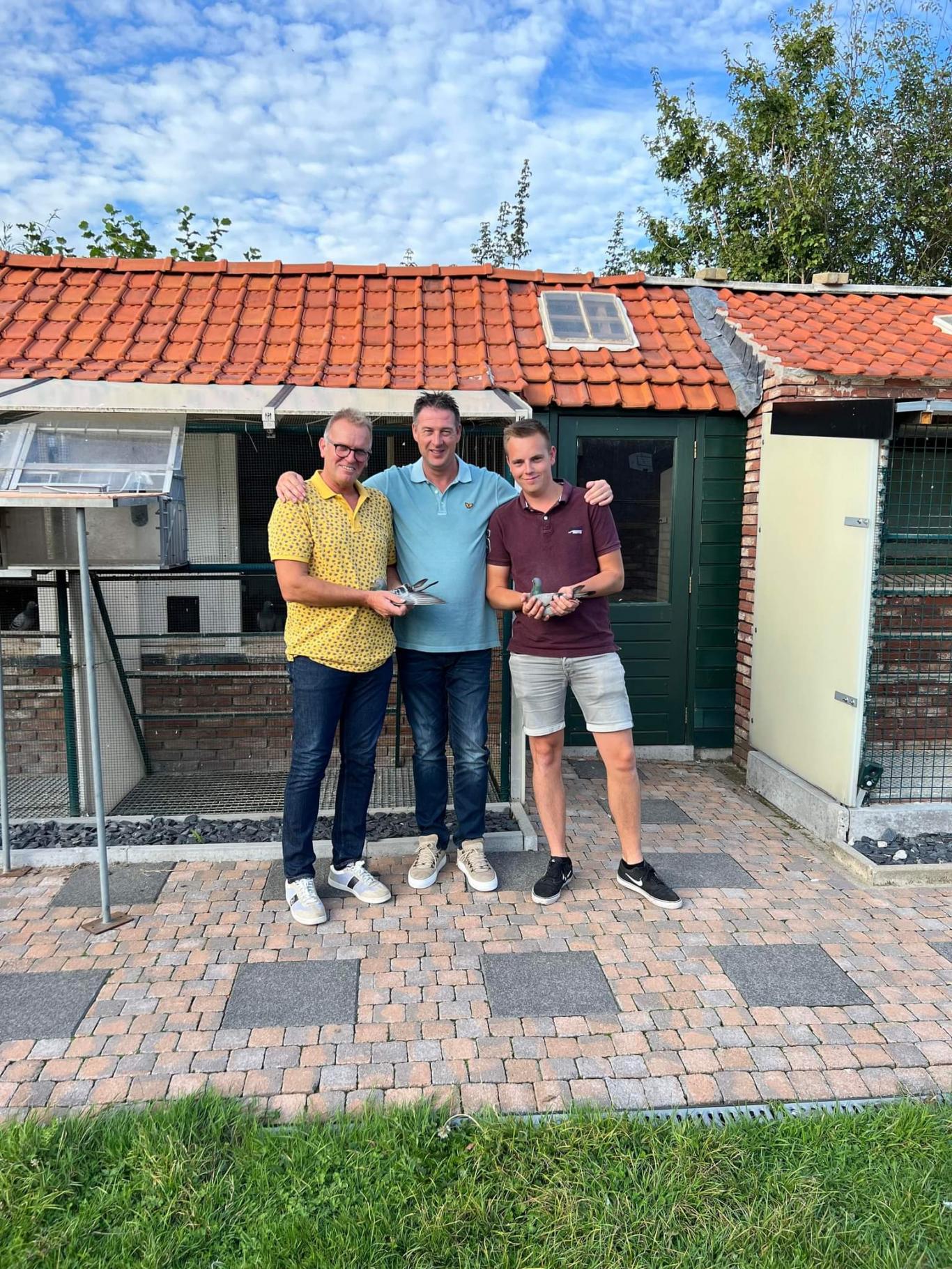 When young pigeon race "Orleans" is on the flight programme, many Dutch pigeon fanciers' hearts beat a little faster. Preparations for this famous young pigeon race are always a little more nervous than for any other race. Father-son combination de Boey from Vogelwaarde also eagerly looked forward to this race. The condition of the young pigeon team was more than good because a week earlier a great performance from Pont St. Maxence was put on paper. For Orleans 49 pigeons were basketed and the youngsters did brilliantly with the 1st and 6th prize in Sector 1A against 6,556 pigeons and also the highest speed of all Orleans pigeons.
For the victory, hen "Marie Louise" was in charge. "Marie Louise" (NL22-8507195) covered the 405km at an average speed of 1,399.20 m/m. "Marie Louise" was basketed on a pair of youngsters about 10 days old. It had been four seasons since the youngsters participated in the flights in nesting position and lo and behold, now they get the 1st "big" victory for their owners. 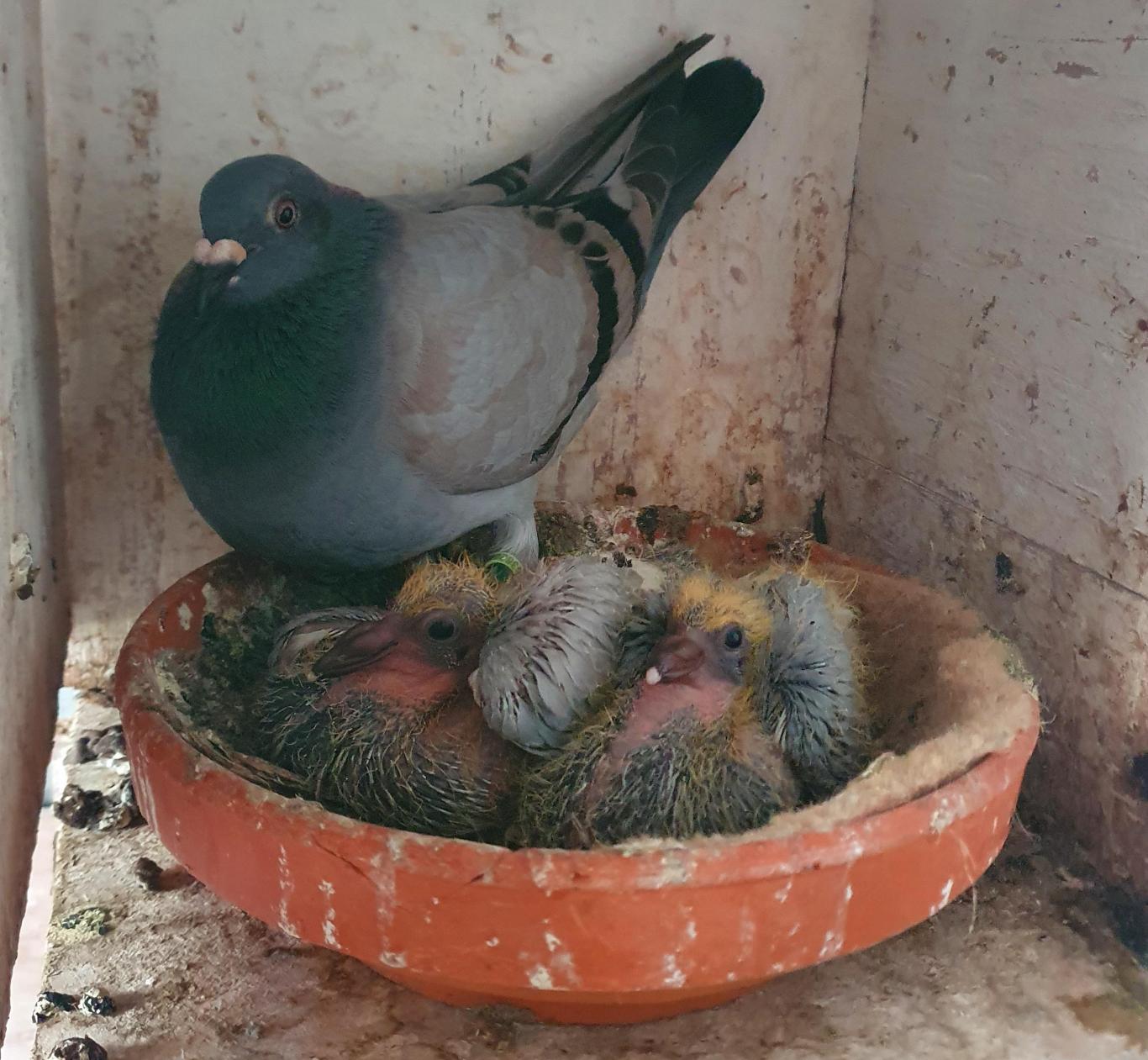 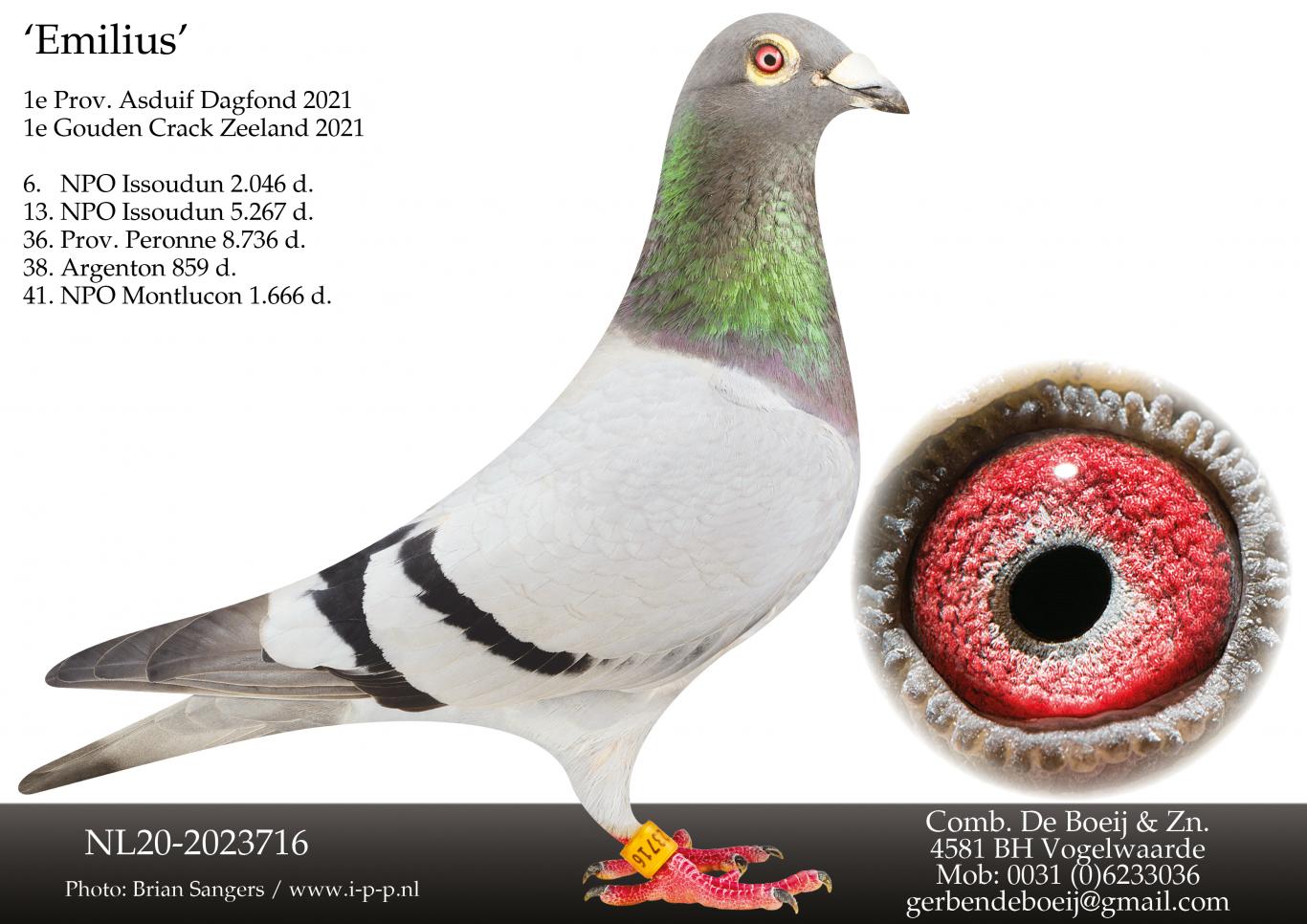 A few minutes later, "Jozef" (NL22-2207357), the partner of "Marie-Louise" was present. Good for the 6th prize against 6,556 pigeons. Super happy people were walking around in Vogelwaarde! 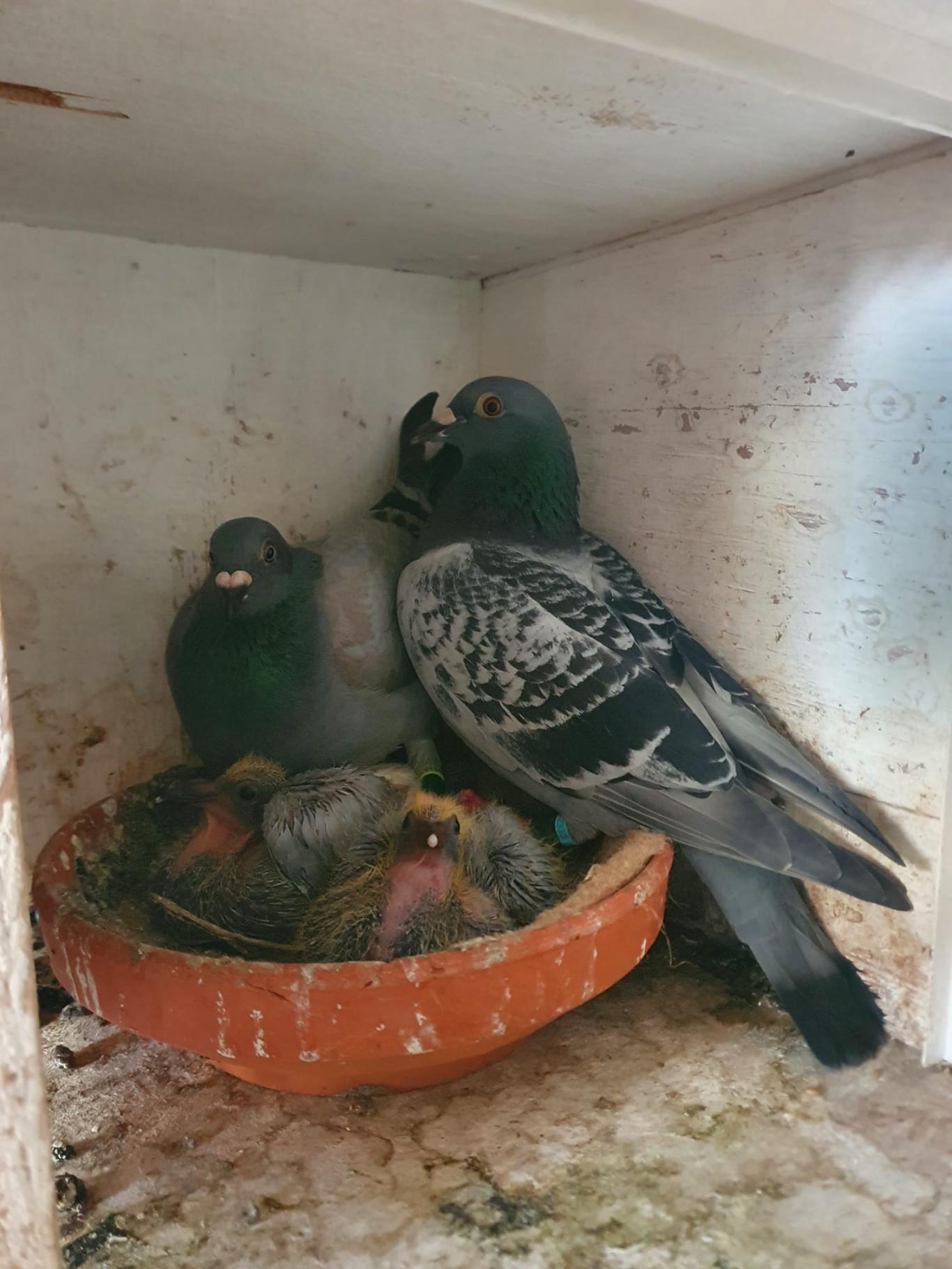 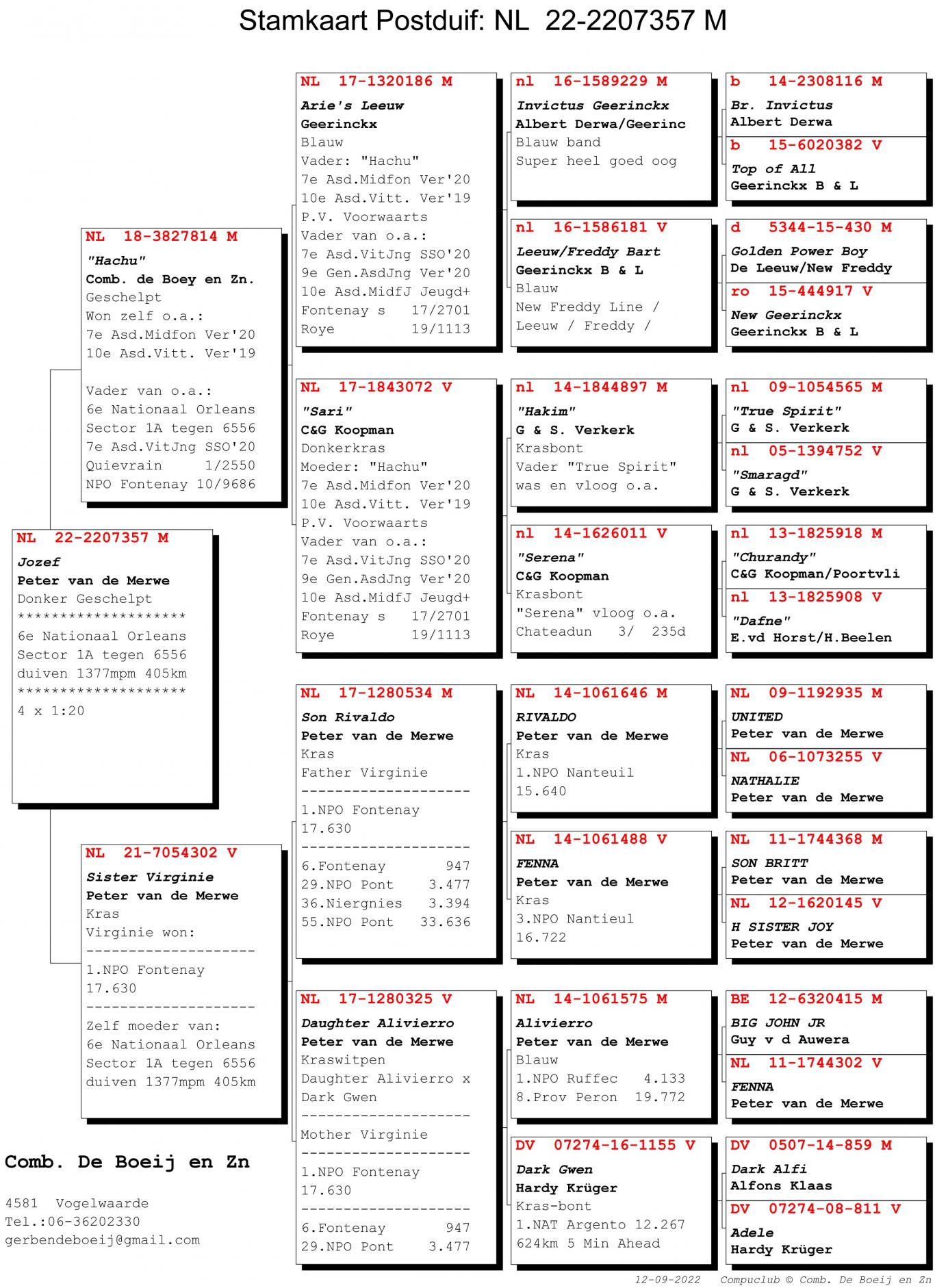 System
Before we talk about the youngster system, we would like to introduce this combination. Combination de Boey is formed by dad Werner and son Gerben. Both are out working every day, so they have a word of thanks to mum Christianne who mainly takes care of the pigeons in the morning. Gerben says: "Dad started pigeon racing about 30 years ago and since 2016/2017 I joined this beautiful adventure. As already mentioned, we are both out of work every day. I work in road construction and dad works shifts as a forklift driver. That's why we are so happy that mum helps take care of the pigeons. Every week, we put our heads together and draw up a weekly schedule according to Dad's working hours. Each of us knows perfectly what and when to do something, and in full confidence, each performs his task perfectly."
"Feel free to label us as programme players" Gerben continues unperturbed "With the exception of the marathon, we participate in every flight. We have about 20 couples of old and yearling racers that are played on total widowhood. They are paired at the end of December and are allowed to raise a pair of youngsters. The better birds raise their own young while the others take care of the breeders' young. Once the youngsters are grown, they go into winter rest and about two weeks before the start of the season they come together again for five days and the training can begin. Through speed and middle distance they go up to the 650 km flights.
About 60 youngsters are bred every year. Once everything is weaned, the necessary vaccinations are administered. This is 1 x Paramyxo/Rota and 1 x Paramyxo/Pox. From weaning until the longest day of the year, the youngsters are darkened from 6pm to 8am. One week after the longest day, the youngsters are given extra light until the end of the season.
As for feed, Beyers mixtures are on the menu. The youngsters are given the young pigeon mixture, which is enriched with a sport mixture (Van Tilburg) once they have raced further than 200 km.
From a medical point of view, we give them a "yellow cure" during rearing and after that we go to our vet Domien van Acker every month for a check-up.
The breeding loft houses 18 couples. 75% of the breeding loft consists of pigeons from Peter Van de Merwe (Dordrecht) , 10% Gebroeders Scheele and 15% Elzinga (Harkema). "
With this Orleans victory, "the head is off" and we are convinced that the next big victory will offer itself in the next season. The whole Herbots team wishes it to you wholeheartedly 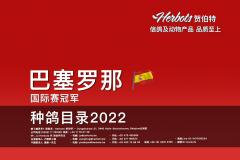 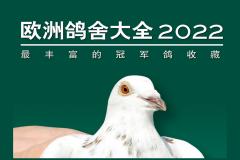 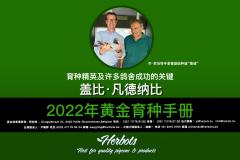