If Hubert Borker used to be a breeder with "normal" successes, everything changed when he met Günter Prange from Meppen more than 30 years ago. In the course of time a friendship developed, which has lasted until today and is characterized by great trust and cooperation. In 1995 the first pigeons moved from Meppen to Lingen. A very special transfer happened after the travel season 2006, when the three year old ace-birds of Germany of the month May 2006 (02098-05-675, 02098-05-638, 02098-05-601) were bought by Hubert Borker from Günter Prange.

However, Günter Prange is not only available as a supplier of excellent birds but he has also a large share in the construction of the current pigeon loft. During his first visits with Günter Prange, Hubert was always a little envious of the sophisticated loft in Meppen. Hubert lived in a very nice house, diagonally opposite his present home. In 2007, Hubert bought a commercial building with a large plot of land across the street and not only built a pretty house but also the impressive stroke facility according to Günter Prange's detailed specifications.

Now everything was there: the TOP pigeons, a functioning loft and the necessary time to look after the pigeons optimally.

On recommendation of Günter Prange Hubert bought the right birds to crossbreed with the Prange pigeons. We think in the first place about children "Gus" from Dirk de Beer, children Olympia bird "Big Boss 272" from Wolfgang Roeper , the famous “Kittel” breeding line of Dirk Van den Bulck and so on … 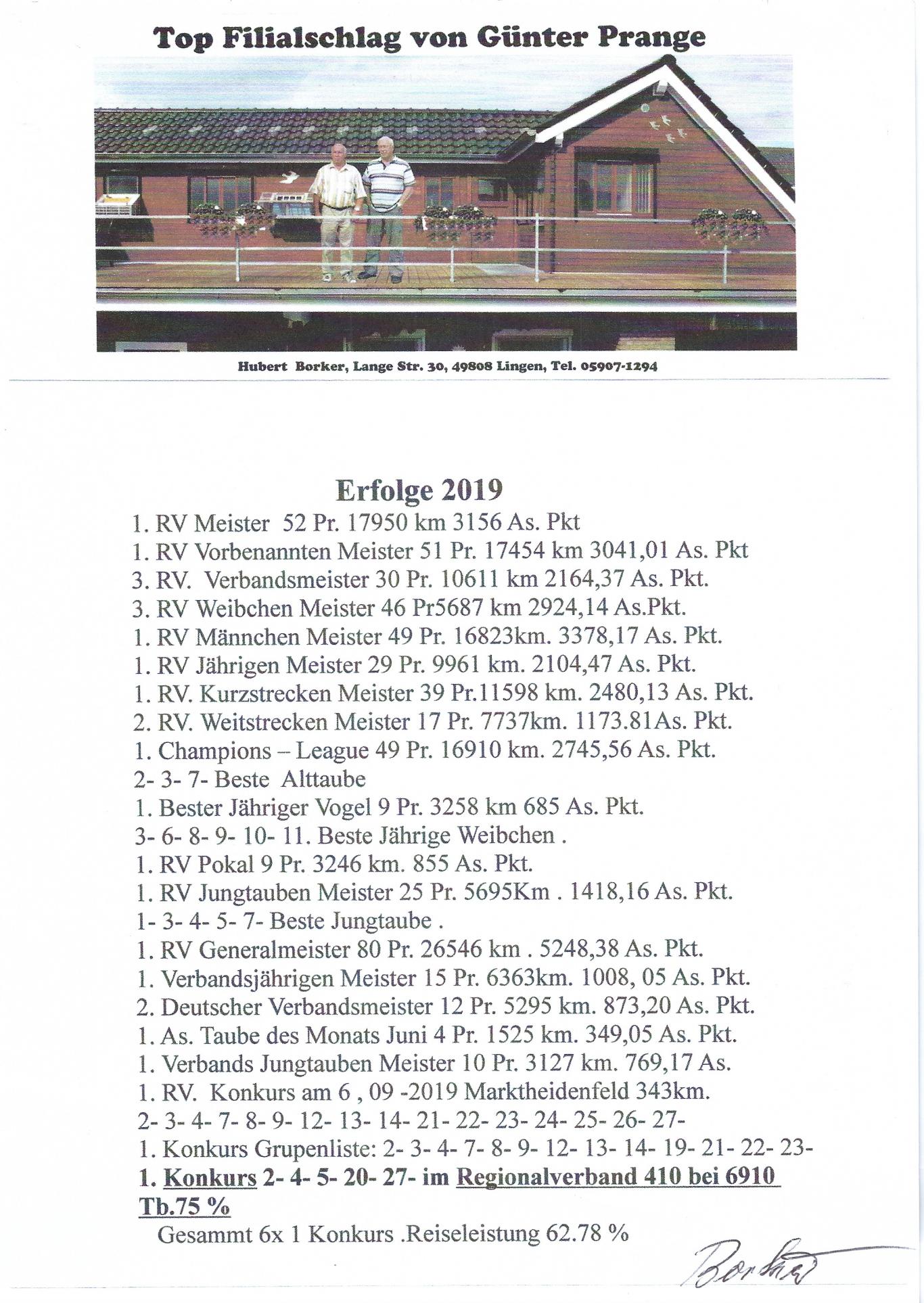 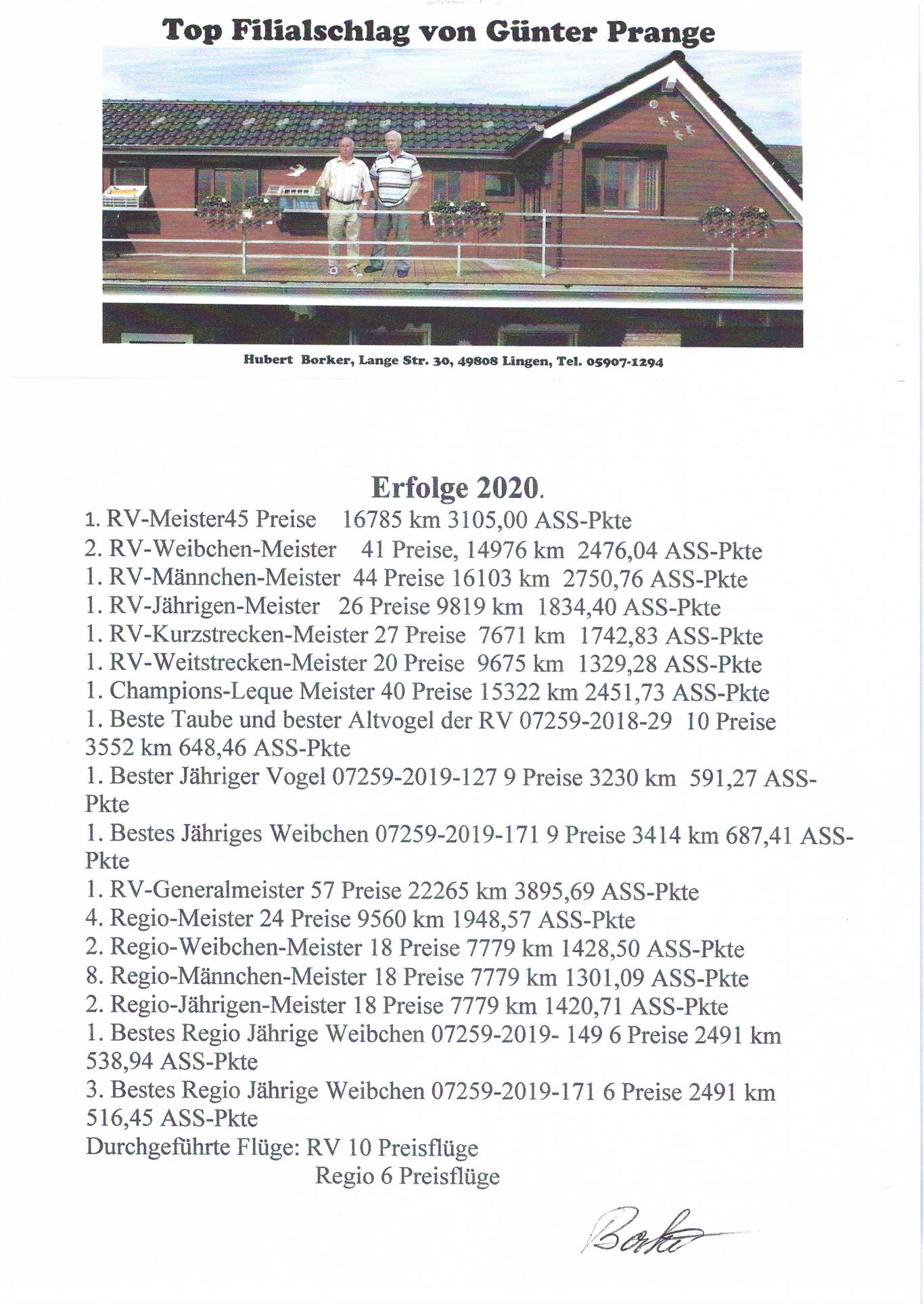 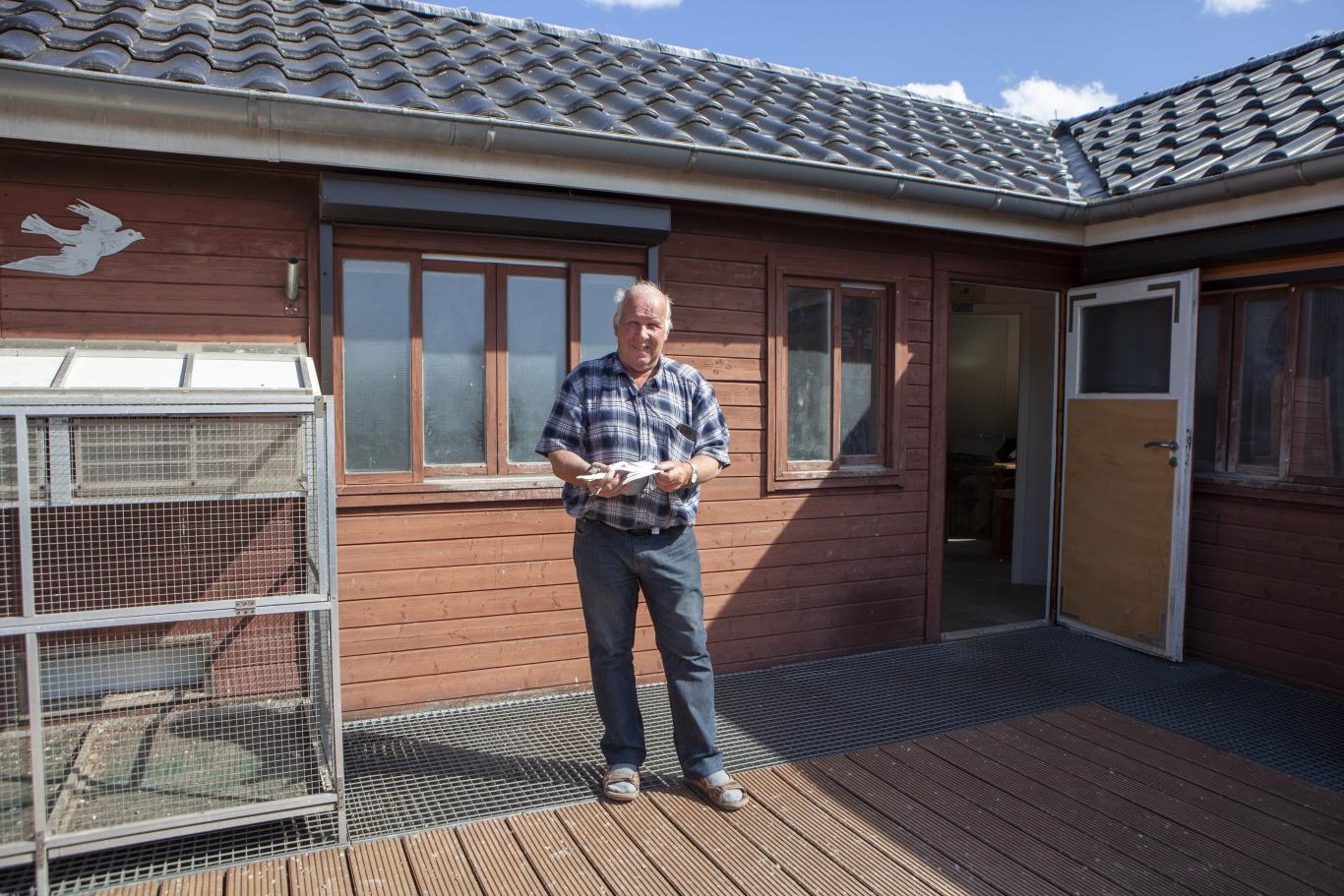