Ruisseignies:  Behind the name Casaert-Sénéchal there is father Sébastien Casaert, son Hugo and compagnon François Sénéchal. Since about 5 seasons they also form a combination with P.E.C..
The name Casaert-Sénéchal is solid for top results on a local, provincial and national level. Highlights until now were winning the 1st National Ace bird GMD KBDB year birds 2011 with ‘Amalia’ and 1st National ace bird GMD old birds 2013 with ‘Nikolaas’. In 2015 Sebastien won his first national race out of La Souteraine and 3 years later it was bingo on Jarnac against 4,899 year birds.
The past weekend the 3rd national victory was won with their blue hen “Julienne” (B18-4194032 – named after the mother of Sébastien who has passed away) against 10,319 old pigeons basketed on Limoges. Before this she already won: 23rd prov. Orleans 2,721b. – 33rd Maisseny 1,186b. – 88th Nat. Argenton 16,496b. and 327th Nat. Argenton 22,826b.

Sébastien and Hugo like to race a lot of pigeons. Their racing team exists out of 90 couples which are being raced on total widowhood. Sébastien : “My racing team is divided over different lofts and it is the goal to race all pigeons of every department on the same races. Only at the end of the season a single one will be taken out of the group.
Due to the cooperation with PEC I don’t have any breeders anymore. All racing pigeons could breed during 8 days in December. In May they could come together again for 10 days and on the 15th of May they did their first training flight from 40km.
We have the total trust in the mixtures from Beyers. After arrival of a race they get a mixture of sport +purification +breeding+ Energy Light + Gaby Vandenabeele. This mixture is always being accomplished with proteins. Than we switch onto “Energy Light” and the last two days it’ll be “Energy Galaxy”.
In a medical way we look well at the plate, but the medicine cupboard has to stay closed as much as possible. Vet Pascal Lanneau comes for a check-up every Monday. At the beginning of the season we treated 7 days against trichomoniases. A treatment against tricho during the seasons happens by giving Belgamagix. Against the airway infections we didn’t give anything yet until now.
At basketing of the cocks and hens we aim for variation. One time the cocks and hens don’t come together at all. And another time the partners can see each other for about half an hour before basketing. At arrival the partners mostly stay together until the evening. “ 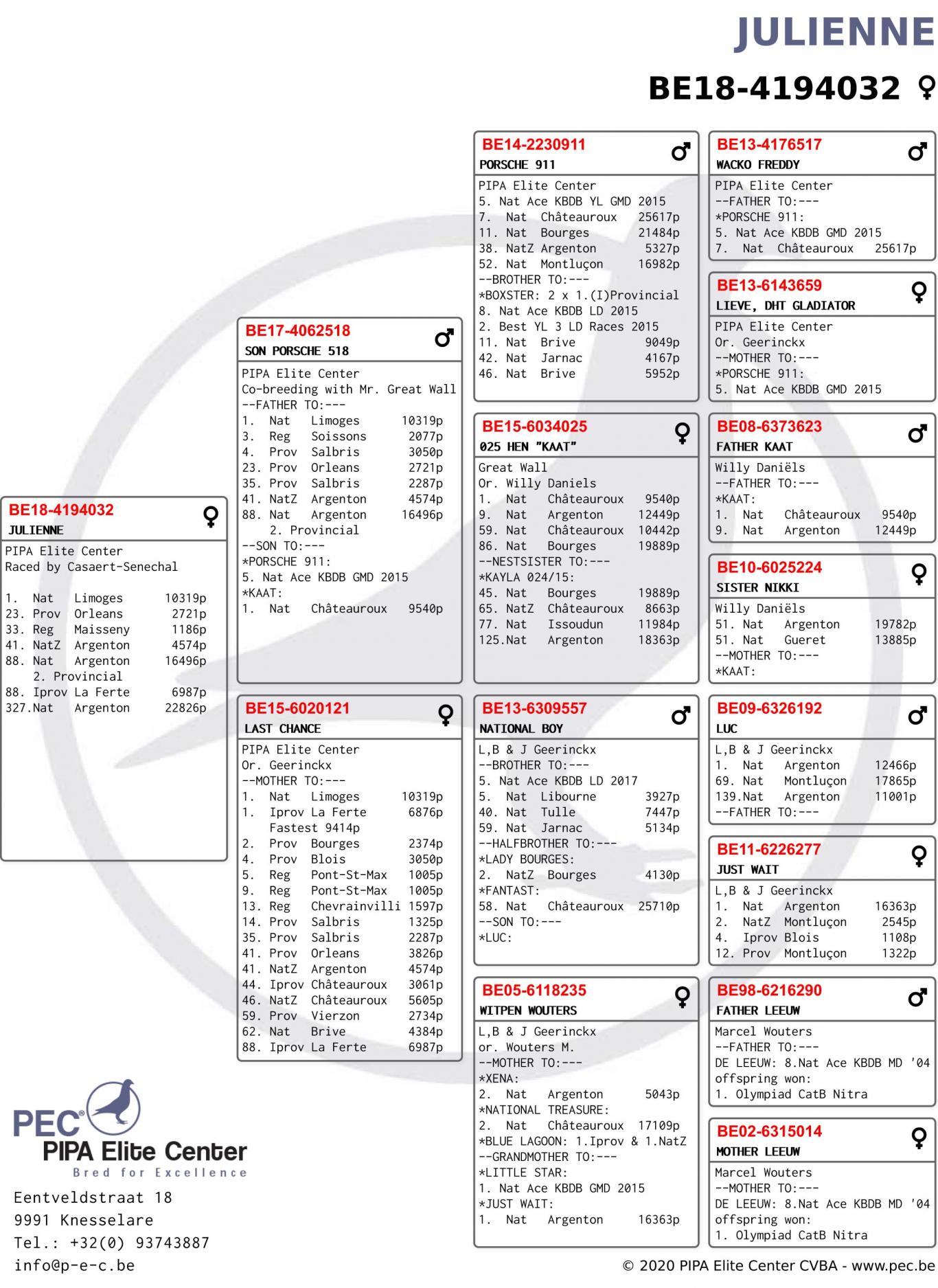