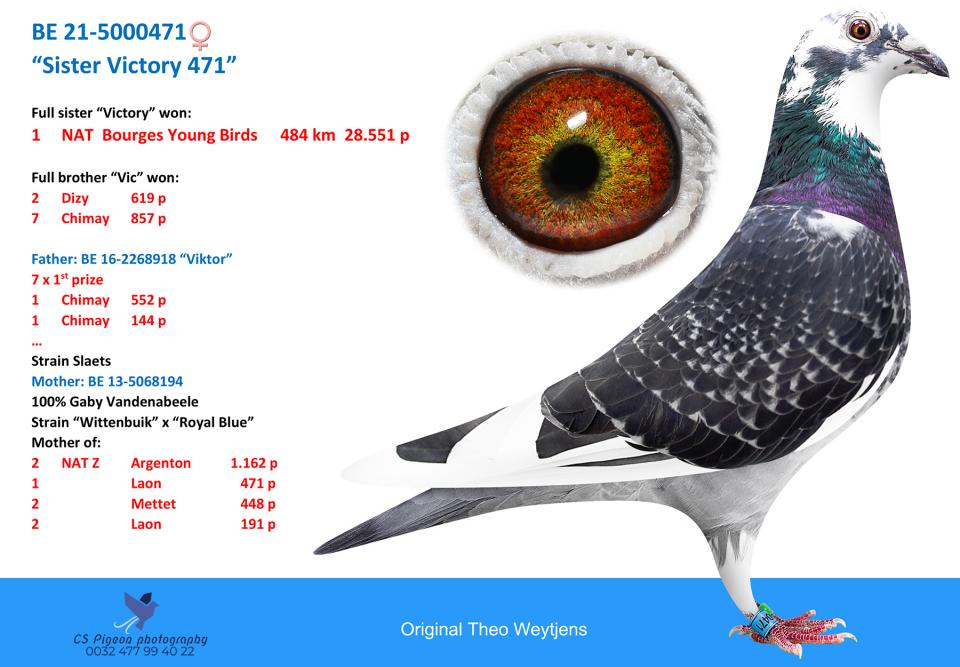 After Bourges was being postponed for 14 days we finally got the classic for young birds on Saturday 22nd of August, without old and yearling birds it became a different race for our youngsters. The winner lives in the province of Limburg in Zutendaal, the home of Theo Weytjens that is situated in an oases of peace and where the pigeons can enjoy this quiet and peace as well. For Theo it was the icing on the cake after many top results the past few weeks (3x 1st in the Region).

The young pigeons were bred in 2 rounds, the winning hen was one of the youngest of the group that was born on the 15th of March but won nevertheless the National race.

The 1st round was being darkened from beginning of March until the 10th of June from 18h00 in the evening until 08h00 in the morning. From the longest day of the year they were also being given extra light with the goal to be able to race the entire season. For Theo this all is a bit of a search after he decided to work with the young birds.

The sexes were being separated mid of July and on the day of basketing they can come together after their training race of 35km for a few hours. They are being separated again in the late morning, eat well and are being basketed quietly. After the race they can always stay together until the next morning.

They toss the young birds a lot, on Tuesdays 75km and on Wednesdays and Thursdays 35km if the weather allows it. The pigeons only train around the loft on Mondays.

For everyone it is always a search for a good ventilation, here they have a big saddle roof with very little ventilation so there is always one shelf open in the hallway. In front of the hallway, the outside doors are almost open all the time and the aviaries are situated at the back of the loft. The pigeons can choose themselves where they want to sit. Around 19h00 all the doors will be closed and the pigeons can then choose a sleeping place.

I mainly use the Versele – Laga mixtures and now since a few weeks also a mixture from Paloma. The pigeons get in their first months especially breeding mixture and this being made lighter and lighter with Gerry Plus. Once the season has started a lighter mixture was given for 1 to 2 days and after this they get the Champion I.C. from Versele Laga and Champion from Paloma. Now they are being basketed almost all the time on Thursdays for the national races, the lighter mixtures will only be given maximum one time.

At arrival they get electrolytes and protein over the food. During the week they especially get conditional powder, amino acids and brewers’ yeast.

The young birds were being vaccinated before the racing season against paramyxo, small pocks and paramyxo-herpes-adeno. Now during the season they are being treated every fortnight during 1 to 2 days against trichomoniases and the airways approximately once a month. I look at the results and their heads before I start to cure blindly.

Theo, a big congratulations from the entire HERBOTS TEAM on this national victory 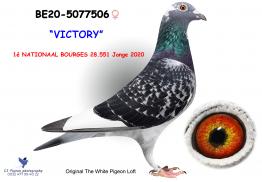