Zwijnaarde: To be honest, we had not seen the pigeons from Issoudun coming in on that side of the country. Apparently the weather conditions in France ensured that the border line East / West Flanders was the most favourable.
The first pigeons are therefore clocked on that line with as a big winner the tandem Danny Dobbelaere & Jacky Martens (Zomergem - 1377.24 m/) followed by the tandem Van den Bossche José and Frank (Zwijnaarde - 1377.24 m/m) and Team Leus (1376.20 m/m).

Transporter
The name Jacky Martens may sound familiar to many of you...indeed...Jacky is the owner of transport company Martens which also brings pigeons to several release points on a weekly basis. As a busy business man Jacky has no time to keep pigeons and found the perfect partner in fellow villager Danny Dobbelaere. Danny is a retired physiotherapist and together they successfully invested in pigeons from a.o: Jozef Verheye (Wareem), Deseyn-Vandemeulebroecke (Vichte), Sierens Norbert (Zwevegem), Philippe Dobbelaere (Olsene) and Erik Denys (Beveren-Leie)

"Stijn" B19-4144082
And then we are talking about national winner Issoudun. "Stijn" is a firm blue cock. Has a powerful wing and a good musculature. His father is a son of the 1st national Souillac and his mother comes from the loft Dobbelaere Philippe.
"Stijn" is according to owner Danny a calm pigeon. As a yearling he was not immediately noticed and as a 2 year old he had the misfortune to be badly hurt. Fortunately Danny has the necessary patience and see now "Stijn" rewards him with a first national victory.

System
In Zomergem we play with cocks and hens (all with a partner who stays at home). Our national winners started the season with a team of 44 widowers, 12 hens and 150 youngsters. Danny has developed his "own system", the cocks are played every fortnight and the hens are played on the day of rest of the cocks. Danny himself says that this is not the ideal system, but a weekend without pigeons can't be possible and that's why this way of playing is used.
As preparatory races, 2x Arras, Clermont, Fontenay, Chateauroux were flown.
At the arrival of a race they feed super diets. But Danny bets his chances on the "Kurt Platteeuw-mixture" of Vanrobaeys and this is fed till two days before basketing. The last two days "Super Special" is fed. On arrival at a race, electrolytes are also given in the drinking water.
The medical supervision is in the hands of vet Wim Boddaert. This season already 1 x treated against trichomonas and 1 x against respiratory infections. The pigeons were vaccinated with the classical vaccine against paramixo and against paratyphoid, nothing was done. Also "Beute-eye drops" are given regularly.

Jacky and Danny, congratulations from the whole Herbots team with this victory and on to the second national victory we would say. Good luck! 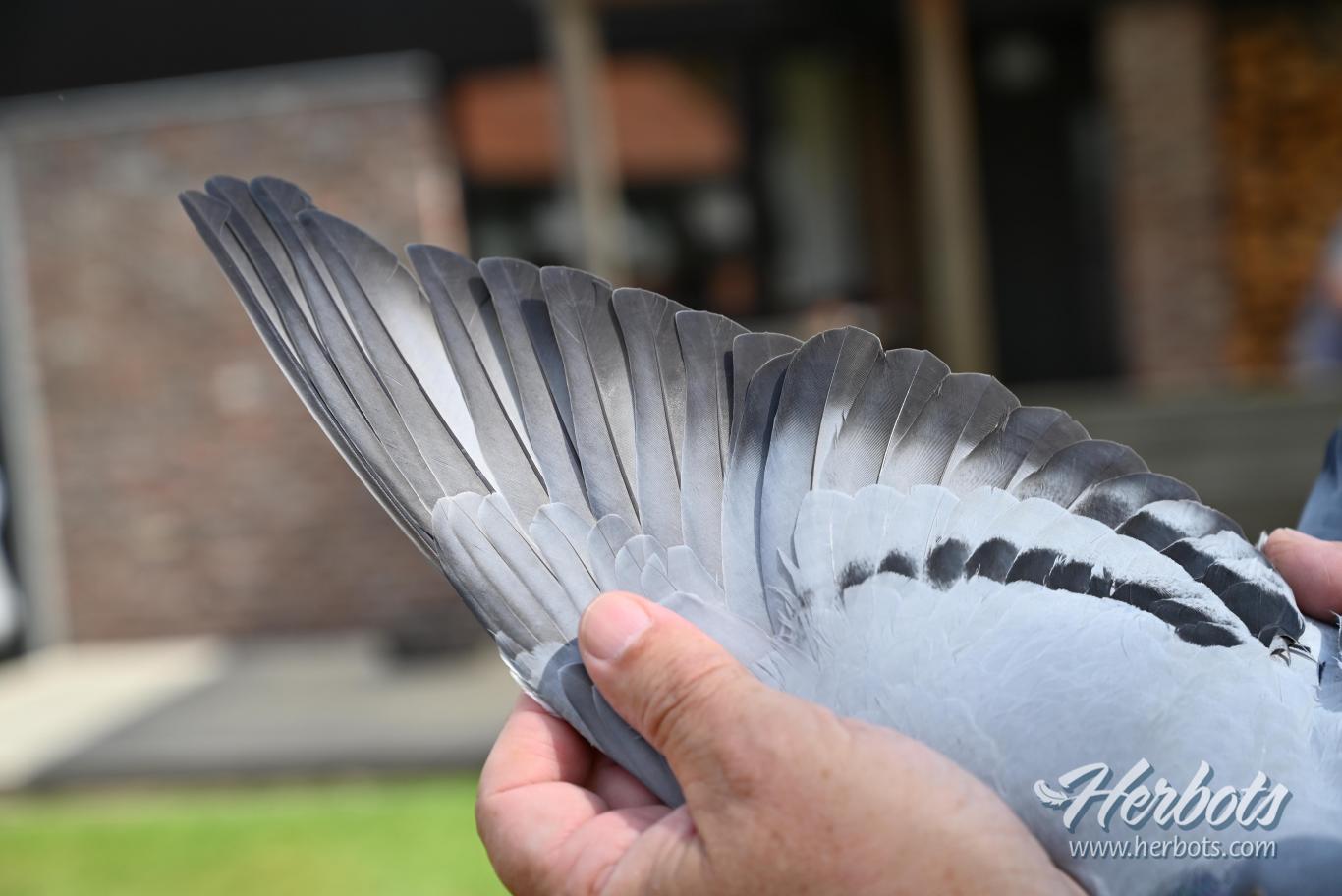 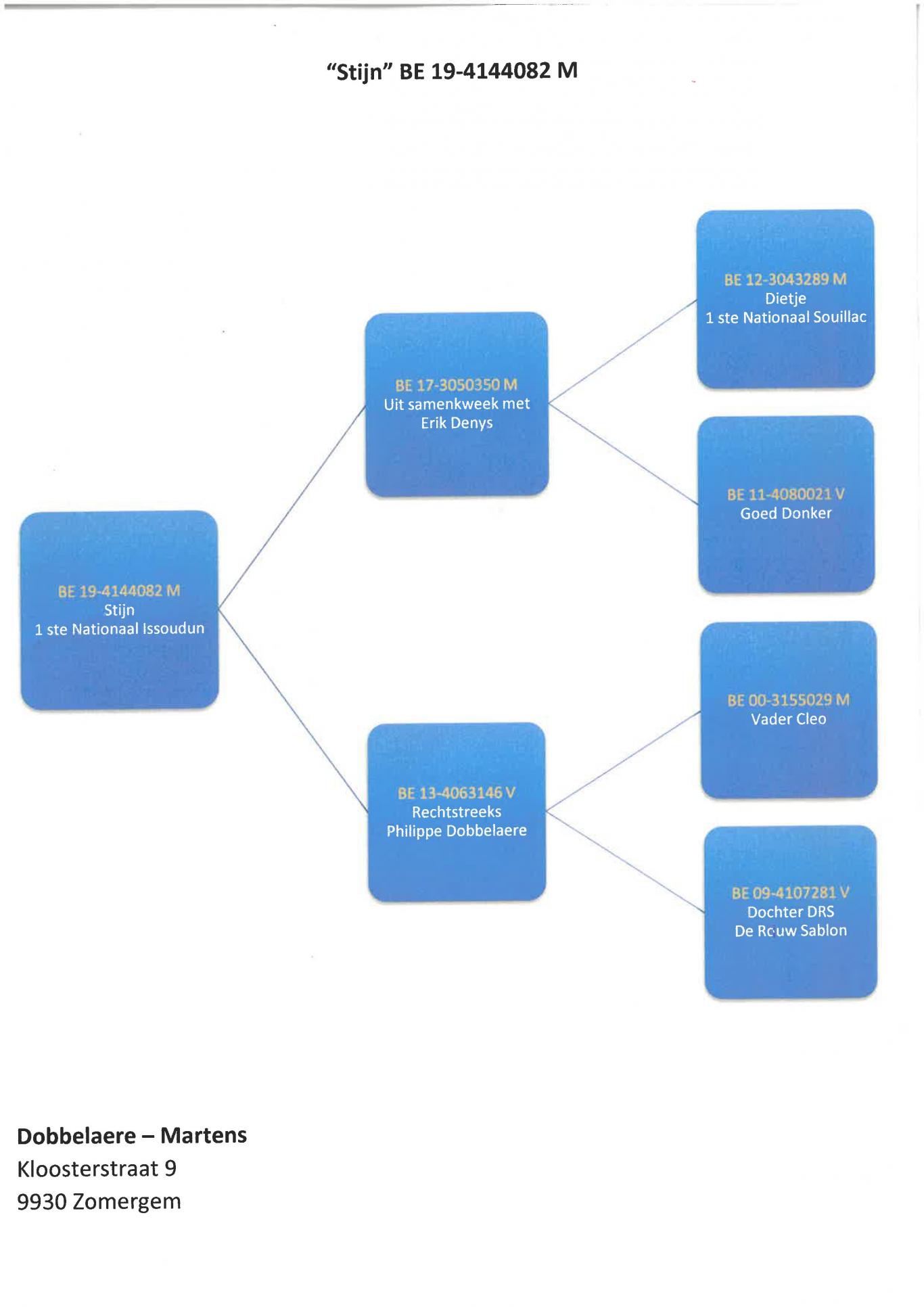