Nice to see...father Bart and daughter Paulien Speliers enjoying the pigeon sport together. And when this is all sealed with a national victory, it is more than logical that we only saw beaming faces in Herne.
It was their 3-year old hen B19-2132563 promptly renamed as "Paulien I" that won the national victory against 20,467 old birds. With an average speed of 1,315 m/m she beat by far the pigeons of Dupius Amant (Thirimont - 1292.98 m/m) and Vandeputte Rudi (Lemberge - 1285.43 m/m).

When asked if the national winner was specially motivated, Bart answered that he had tried "something different" during the basketing. Normally, the hens, which are played with a partner that stays at home, get their cocks on the day of basketing and they can cuddle each other but now I decided to do it differently and when the hens were already in the basket, 5 cocks were released on the loft. Apparently the ultimate motivation for "Paulien I" to go to the extreme.
Now we are talking about "Paulien I". She is a middle class hen, well built and plumed and a pair of impressive wings on her muscular body.

Hens and cocks
Paulien and Bart started the new season with a group of 18 widowers and 20 hens. Both groups are played on pure widowhood, so with a partner who stays at home. No winter or early breeding for the racers...no...they choose to save all energy for the racing season. Only after the season the racers are allowed to raise a round of youngsters.
The hens live in a department that can be divided perfectly into 2 parts by panels. During the week, the hens are sitting in the front part of the loft on kapellekes and when the moment of basketing arrives, the panels are taken away and they can fly in their boxes.
Feeding is done like in many places from light to heavy. Therefore, we work with protein-poor mixtures (Gerry Plus and Vandenabeele) and when the basketing date approaches, we feed them with sport and energy mixtures. As far as by-products are concerned, Sliepzand is used weekly and eye drops, vitamins and Turbo Disinfect by Travipharma are used.
On the medical front, the medicine cabinet is kept as closed as possible and, apart from the compulsory inoculations, Bart tries to avoid antibiotics. This season, this system was also used but because the pigeons flew easily per ten but not in the Top-10, it was decided to treat them a few days before Argenton.

To conclude, we would like to mention the breeds with which Bart and Paulien built up their colony: Ronny Boschmans (Herne), Wim Moens (Aspelare) and Etienne De Meyer (Tollembeek). Last mentioned supplied the mother of the national winner

Paulien and Bart...congratulations from the whole Herbots team. 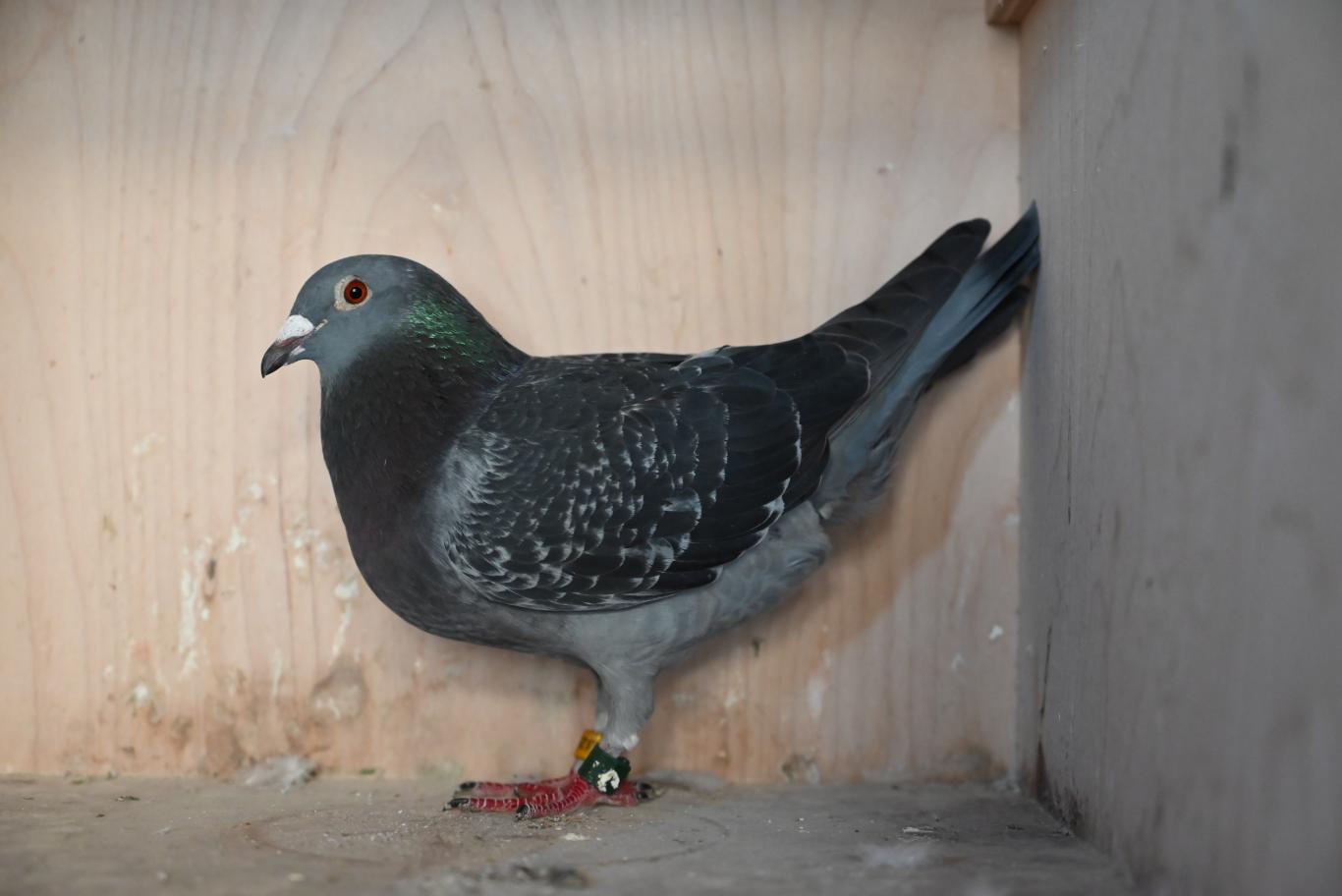 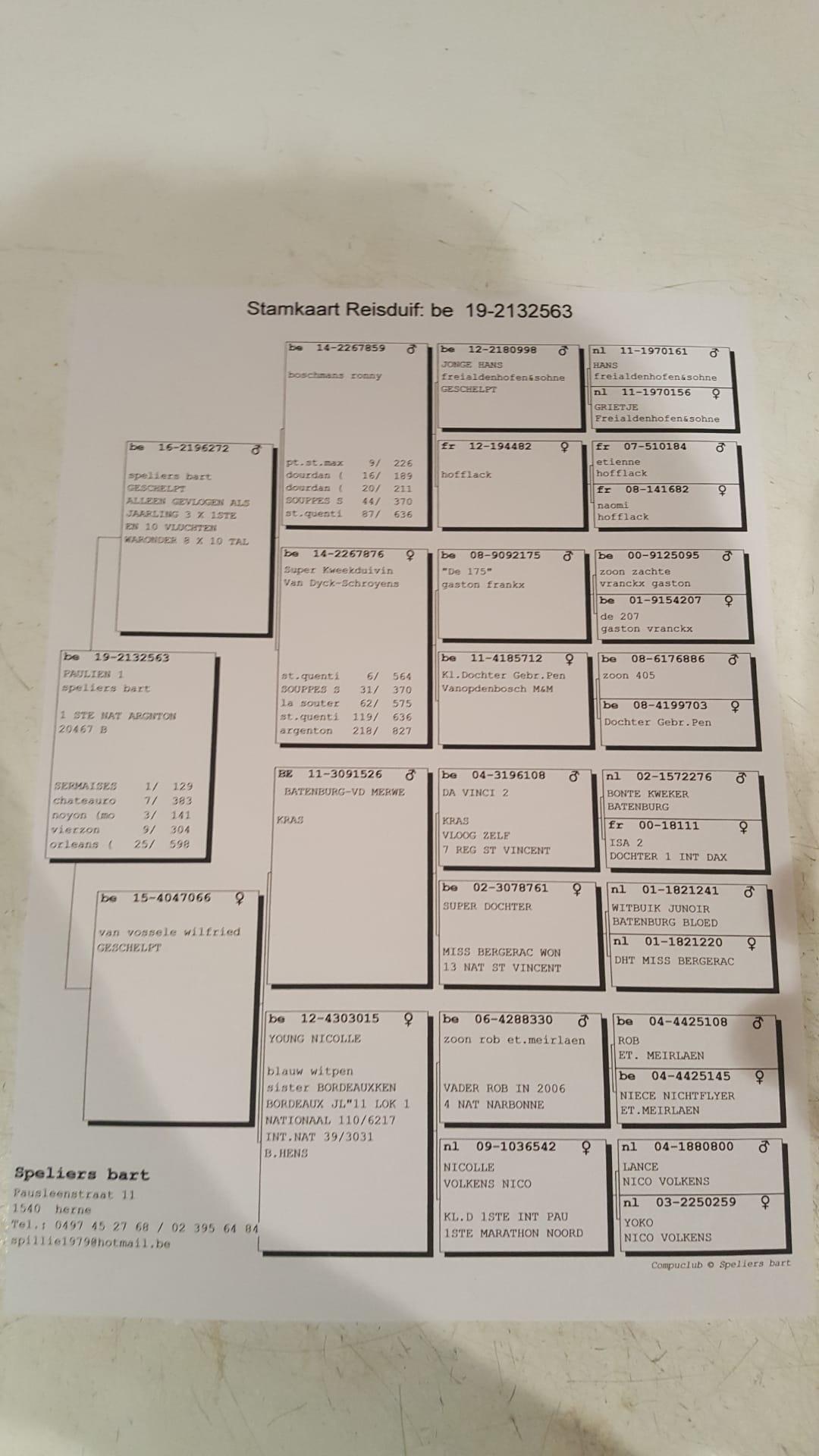 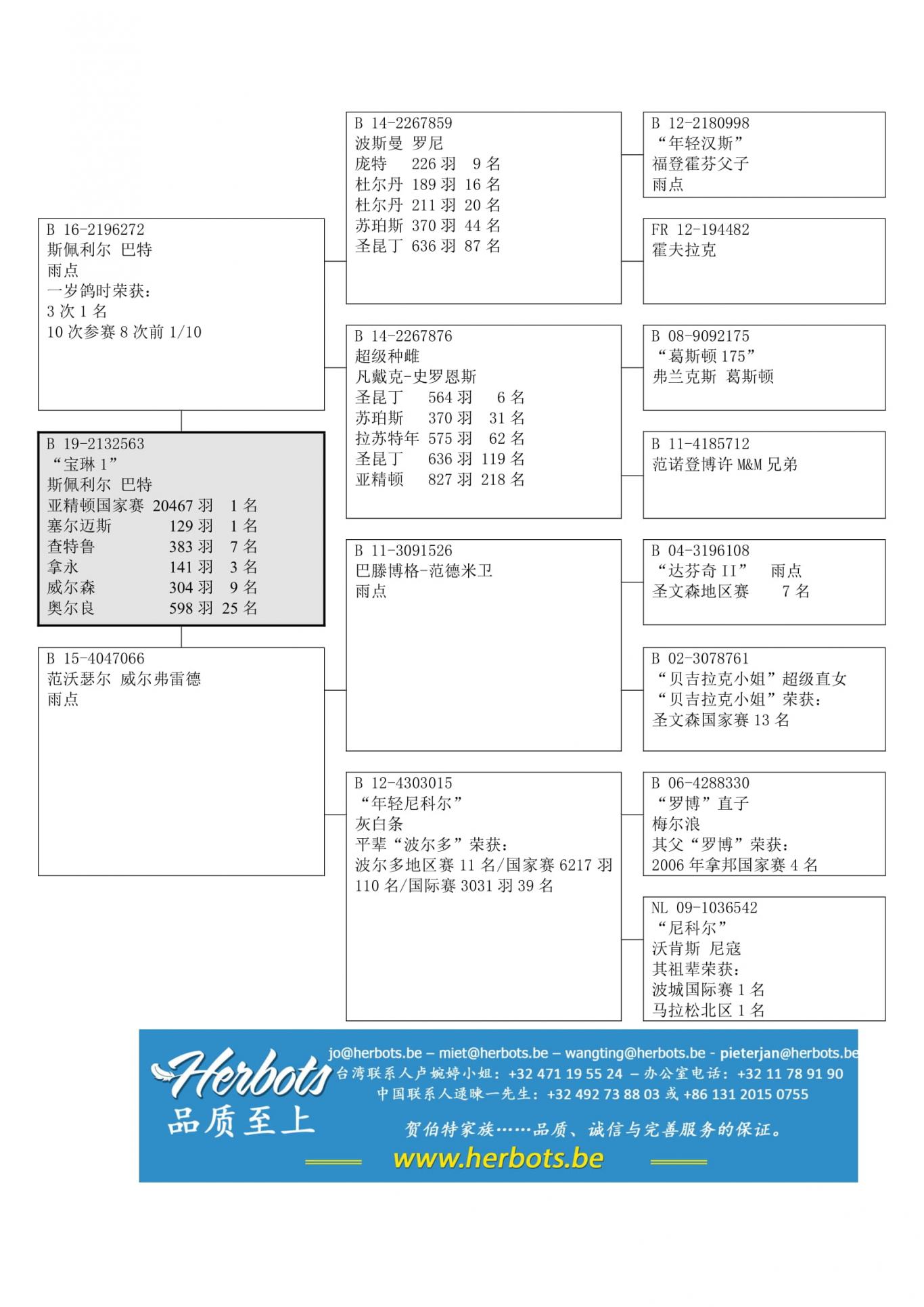