On Narbonne the year birds had their 2nd International race on their program and 5,972 yearlings came at the start. The fastest of all is to be found on the loft of Roberto & Jeremy Panza from the Liège province in Ans and just as the winner at the old pigeons it is Liège at the top. This yearling hen is also the fastest of all 11,777 Belgian pigeons that were released in Narbonne around 08h00.

A special story about the winning hen

This pigeon came from a friend that lives 2 kilometres further and had a few shorter distance races in her birthyear. But as that friend said goodbye to pigeon sport last winter a few more pigeons from their colony came to Roberta including this hen which seemed a special one for Roberto. Now off course thanks to this victory it makes the story even more beautiful.

The hens are being raced the entire season on classic widowhood. They train once a day and as many yearlings on the extreme long distance they were prepared doing a national race on the greater middle distance. This was for her Chateauroux beginning of June and she also did Agen where she also won a prize. Then she could go to Narbonne for her exam and she passed with glance.

For Roberto & Jeremy another milestone in their career and this season already succeeded also thanks to getting nice references on other lofts. This is how the preliminary 1st National Ace bird Long distance KBDB 2021 from Harchies has 50% genes of the Panza colony in her blood.

In a matter of food the pigeons are always being fed twice a day and always get barley in the morning and Super Widowhood from Versele-Laga in the evening. For the medical guidance we don’t have a lot of problems with trichomoniases, they only are being treated every fortnight for one day with Soludox. 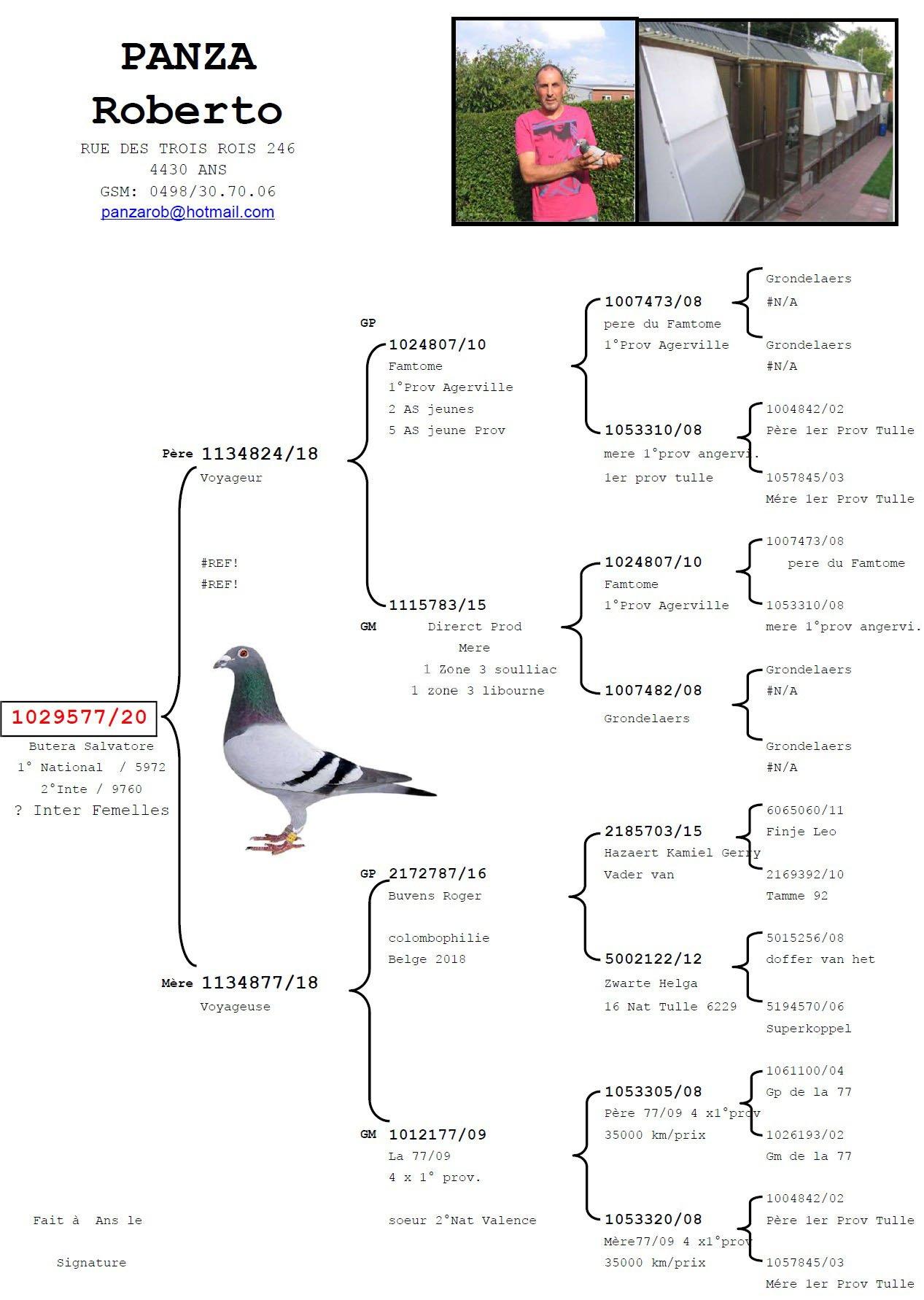