The second last race for the extreme long distance was past weekend Narbonne where together with a lot of year birds a mass pigeons competed. In alone there were 5,805 old pigeons that were released at 08h00 in the morning. Thanks to the West and South West wind the pigeons made quiet some speed and around 18h52 the first pigeon arrived at the loft of Bertrand Michel & N from the known Liège village Francorchamps. Father and son combinations are special to enjoy pigeon sport and only 38 minutes later no less then 4 pigeons were clocked with an amazing result. Or how Narbonne became a nice closing of the season. What a nice story of this small colony who had to take in a very bad race out of Montélimar this season, but this national victory and the rest of the results makes up for it.

Off course this is a confirmation of last season when they won the 1st International Narbonne against 6,837 hens and also the 2nd International against 12,848 pigeons in total for the old pigeons. To mention as extra is that their first pigeon on Montélimar is also their 2nd pigeon on Narbonne. A cock with a golden character and an amazing pigeon in your hand.

At the Bertrand house both cocks as hens are being raced as he finds that in both sexes there is efficiency and quality to be found. And this is how he can test both as otherwise they only serve as widow hens. The pigeons race at the beginning of the season on classic widowhood and are set ready for real afterwards to shine on their races. The hens on Narbonne were breeding 10 days while some cocks weren’t breeding that long.

The pigeons train once a day daily, first the widowers at 17h00 and one hour later the hens but the training went always very well this year.

At the preparing races for Narbonne they had several short races until the middle distance and had one more Chalons afterwards. A part of the widowers team also had Montélimar but unfortunately only a few returned from this race, luckily the strong one that shined again on Narbonne now did return.

In a matter of food he trust fully on the Hoebrechts mixtures and get the entire season breeding and sports mixed and are always being fed as much as they want.

On the garden lofts where the pigeons reside is the racing team at the 1st floor and he has really dry lofts. That’s why they seldomly have to cure against head diseases and also this year he didn’t have to do this. They did have a cure against trichomoniases before the start of the racing season during 5 days and I repeated this 3 weeks ago during 2 days so they were cleared before their last race. The pigeons are being kept very closely against nature and looked fine during my visit. 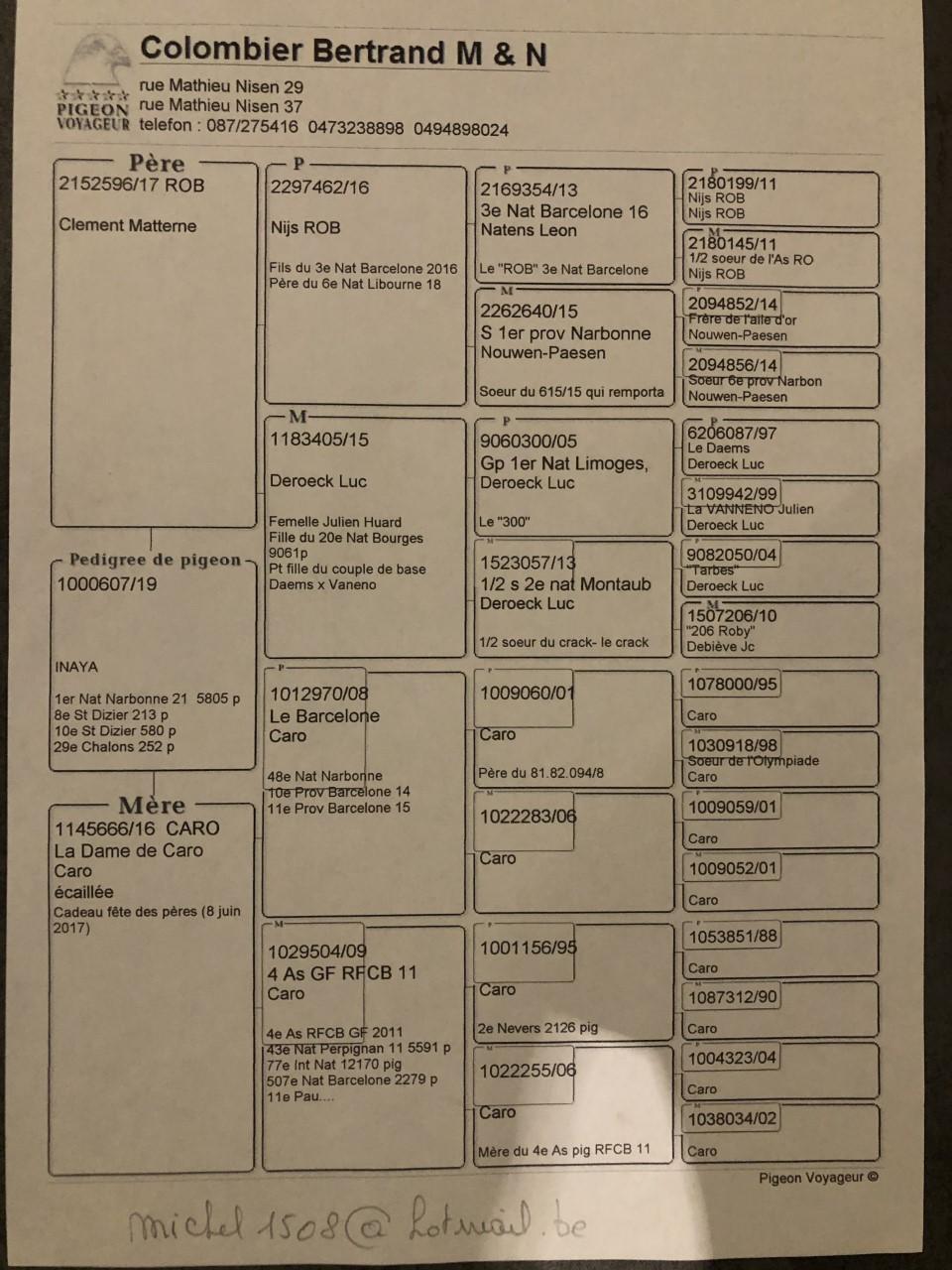 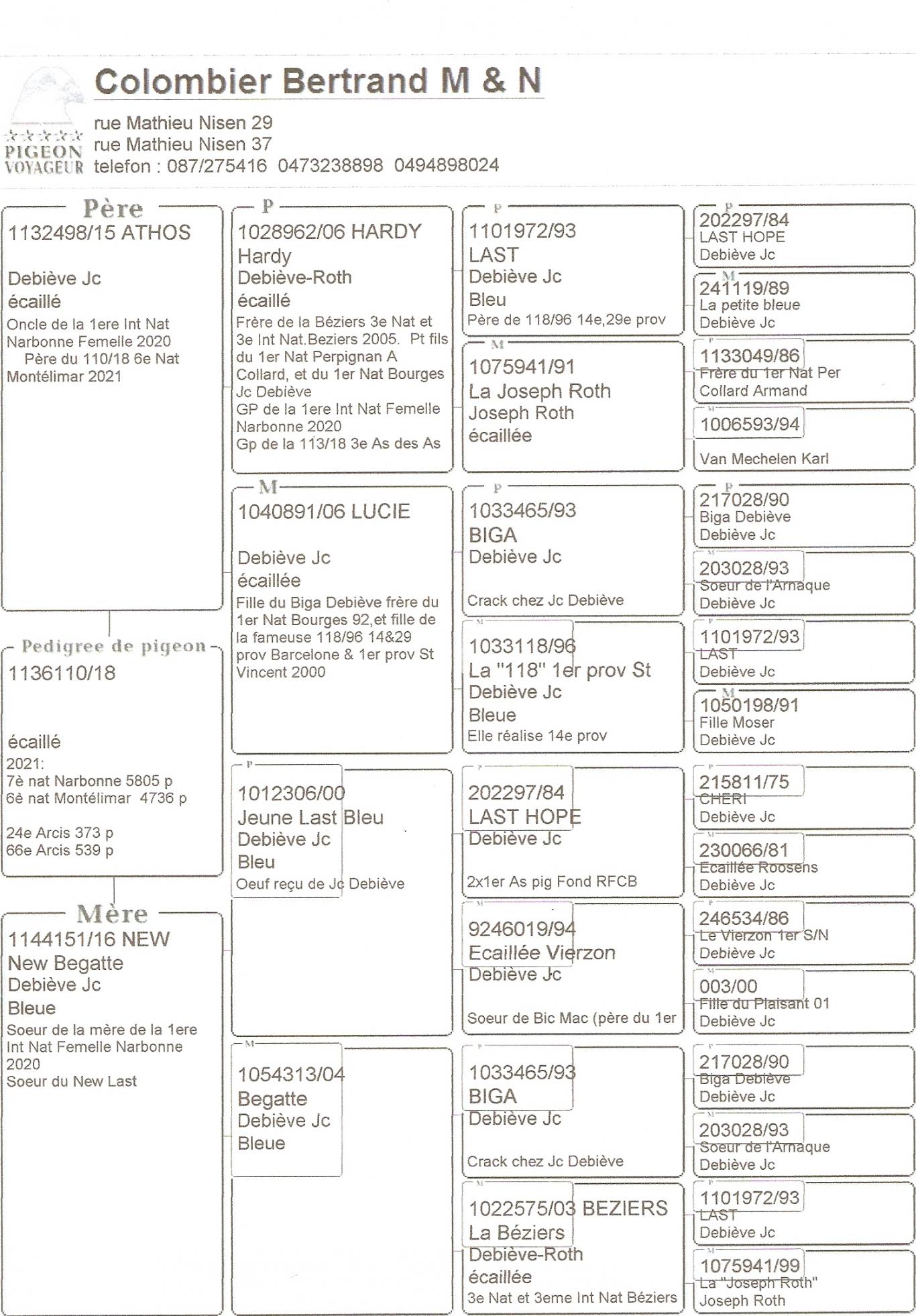 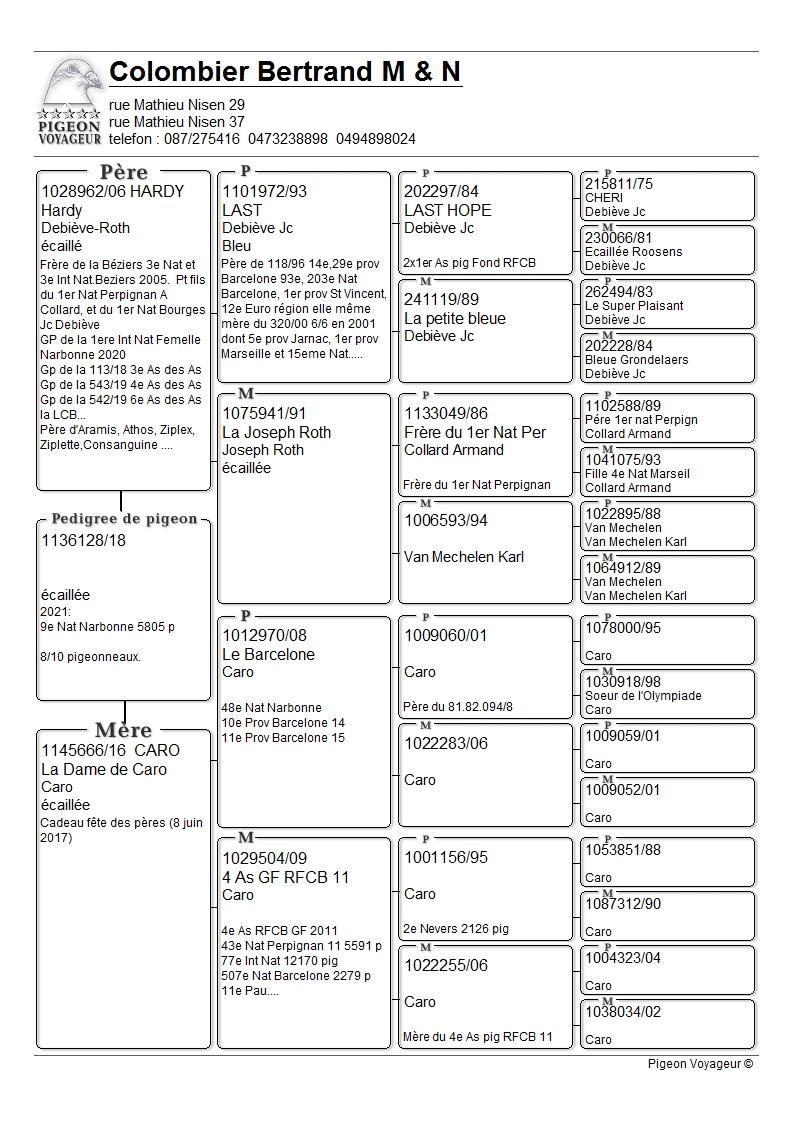 Michel and the rest of the family a big congratulations with this amazing results from the entire HERBOTS TEAM.