Tielt-Winge: With Limoges national also the national long distance program has started and it must be said…Limoges was immediately a though one. The head pigeons didn’t make more than 1,200m/m and then you know enough.
Winner of this race was the marvellous hen “Crazy Porsche” from the known tandem Ariën-De Keyser out of the Flemish-Brabant city Tielt-Winge. “Crazy Porsche” (B18-4194758) went into the basket as 2nd signed and clocked at 16h 37min 52sec which makes an average speed 1199,55 m/m.

“Crazy Porsche” is a lady that knows how to handle things as last year she also already won:

“Crazy Porsche” is of a smaller type but perfectly built. One block of energy in your hand and very striking is the very small eye pupil. It has been years ago that we’ve seen one of these.

Total widowhood
In total 120 pigeons are being raced on total widowhood. No winter breeding but the racing team was coupled on the 29th of March, could breed for 10 days and we’re placed on widowhood from then on and could start their first training flights.
In a matter of care Pascal trusts fully on the food of Matador. At arrival of a game the pigeons get Race mixtures + Turbo + grit + minerals until Sunday morning. On Sunday morning the pigeons don’t get any food and both the cocks as hens are being placed in the aviaries. On Sunday evening it is Detox. From Monday on until basketing it is Race + Turbo. The last meal is Boarding Mix.
Medically they are being treated before the start of the season during 6 days against trichomoniases and afterwards the known yellow drops (via the food). Pollen grains are being solved in warm water and will go over the Detox. To motivate the pigeons extra they put sometimes boxes on the loft or another living box is being opened and an extra training flight of a few kilometers is never excluded. The pigeons train again in the morning and when they train less than half an hour they have to train in the evening again.

Limoges is Pascal’s 7th National victory and when you ask us, it won’t be the last one. The motivation and effort from Pascal and his team are way too big. This endless ambition will know a lot of successes in the future. 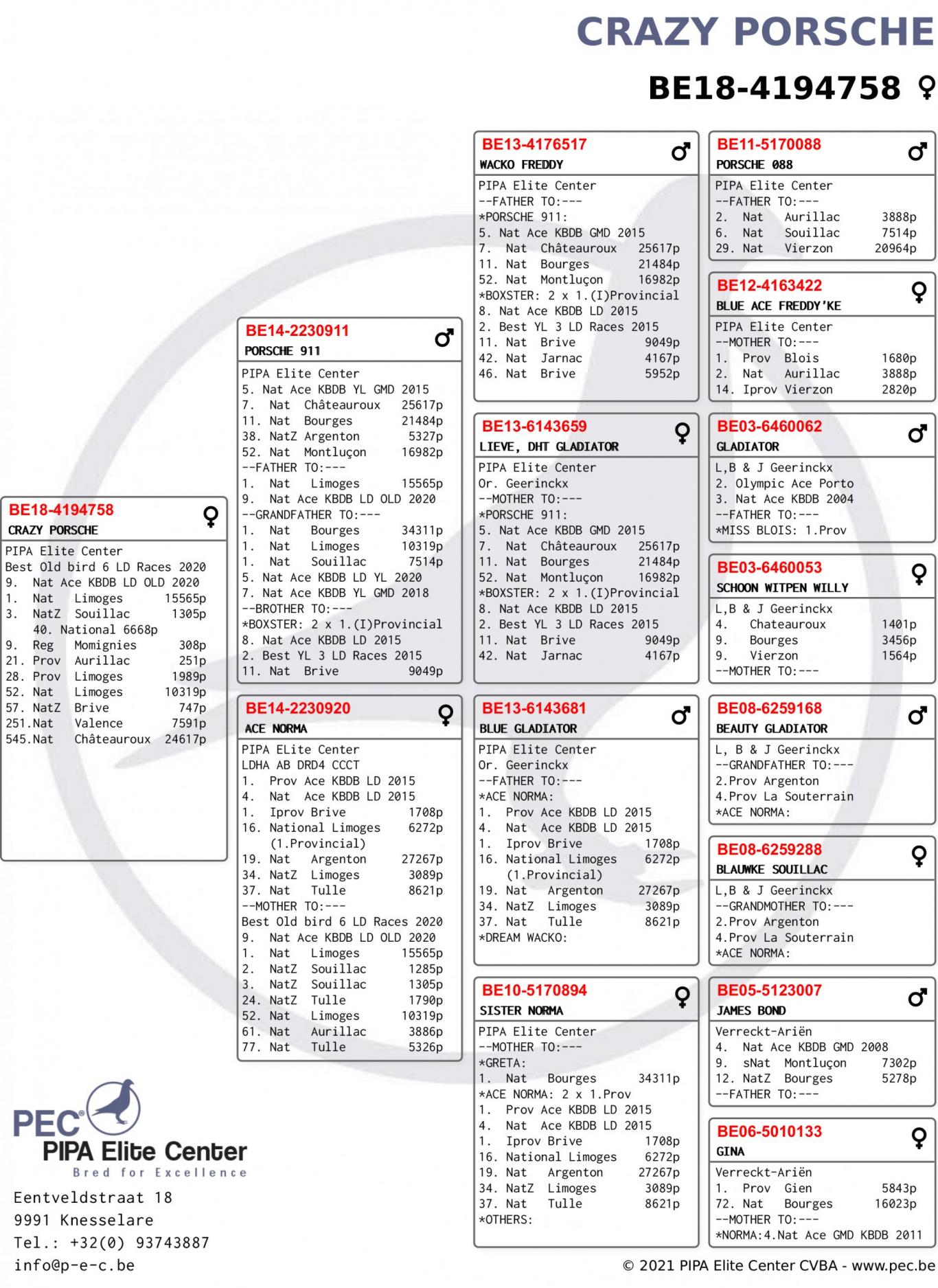