A big smiling Jules Lens comes towards us. “Who would have thought” were his first words “it is an early birthday present” says his wife immediately “it is his birthday next week. Jules nods and feels all of a sudden 20 years younger thanks to this national victory. Son Ronny looks at it all quietly from his chair and sees how his parents enjoy it.

The Jules Lens pigeons didn’t have their first attempt. In 2012 they also already won the national championship KBDB youngsters on the national races. Add about 8 provincial victories to it and now the national victory out of Issoudun and you know immediately who we are dealing with. Let us be honest, many amongst us have to do with a lot less during their pigeon fanciers career.

Jules “ Our strain is especially build out of “Het Goed koppel” (“The good couple”). The cock is “607/93” (crossing Leo Engels x Jos en Jules Engels). The hen of the “Het Goed Koppel” is “896/94” ( strain Flor Vervoort). Out of this couple 2 provincial winners were born and also top “Den 24" (6152524/1998). Two grandchildren from the “den 24” won the national championship while children out of the "den 24" already won the 1st provincial La Souterraine and 1st provincial Argenton. Pigeons out of the breeding line of the “Het Goed koppel” were being crossed in successfully with pigeons from several different fanciers.

And then we are talking about the national winner Issoudun. “Thibaut” (B20-6065306) won with an average speed of 1441.88 m/m not only against the 14,758 yearlings but also against all 24,535 Issoudun racers. The reason of his stunt was the fact that “Thibaut” was kicked out of his box by his neighbour. It took a while to concur it again and apparently he wasn’t confident in it when he was released in Issoudun and raced the hell out of his body to get back home.

The racing team exists out of 18 widow cocks. He doesn’t race hens. The widow cocks are being couple end of November together with the breeders and can raise a couple of youngsters. Once the youngsters are weened they are being separated and coupled again on the 15th of March. They can than breed for 5 days. Once they are breeding the first training races are on the program and when they get home from their first short distance race the widowhood is a fact.

Widowcocks who go to the national normally stay inside on Thursday and while the others train they get their nest dish during 15 minutes. They don’t show a hen anymore since years now before basketing. ‘Madame’ is waiting at arrival for her cock and can stay a few hours together.

Jules tells: “All racers have the same schedule. Mostly they get from Sunday to Tuesday evening Super diet. When a heavy race is up I dare to give already 100% Sport. From Wednesday on it is always 100% Sport (3 different brands mixed amongst each other), as extra’s they get peanuts on a daily base which also makes that he gets a close bond with the pigeons. Also the last 2 days before basketing they get some candy or/and hempseed. At arrival it is always ½ Super diet and ½ Sport with electrolytes in the drinking water.

Fixed rule is that they get the entire year trough garlic in the water. One tow where daily some water is added to.

Medically the go 3x a year for a check-up to Ferdinand Mariën from Tielen. His known products such as conditional syrup, conditional powder and minerals are being given on a regular base.

Jules and Ronny…congratulations from the entire Herbots team. 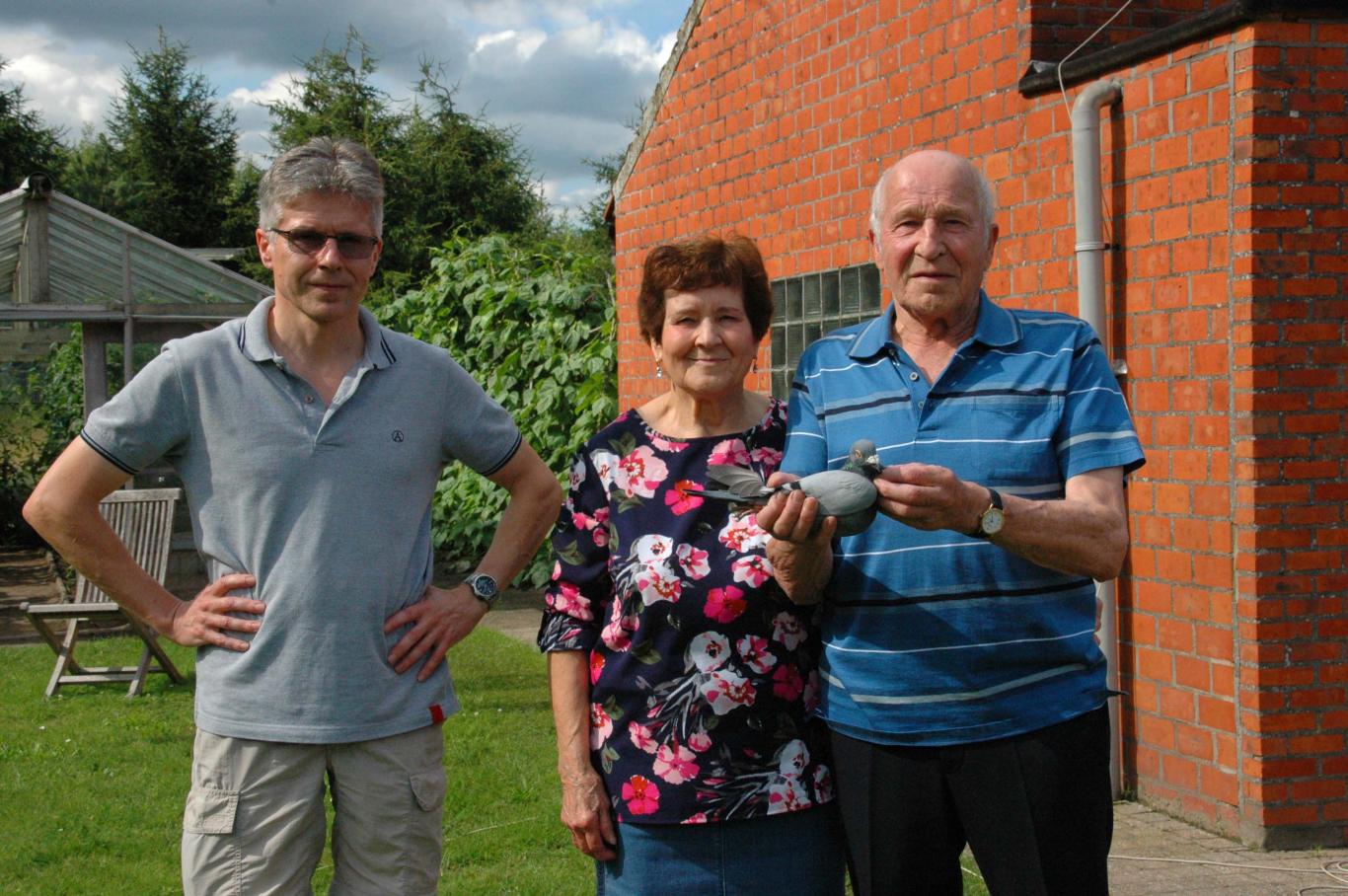 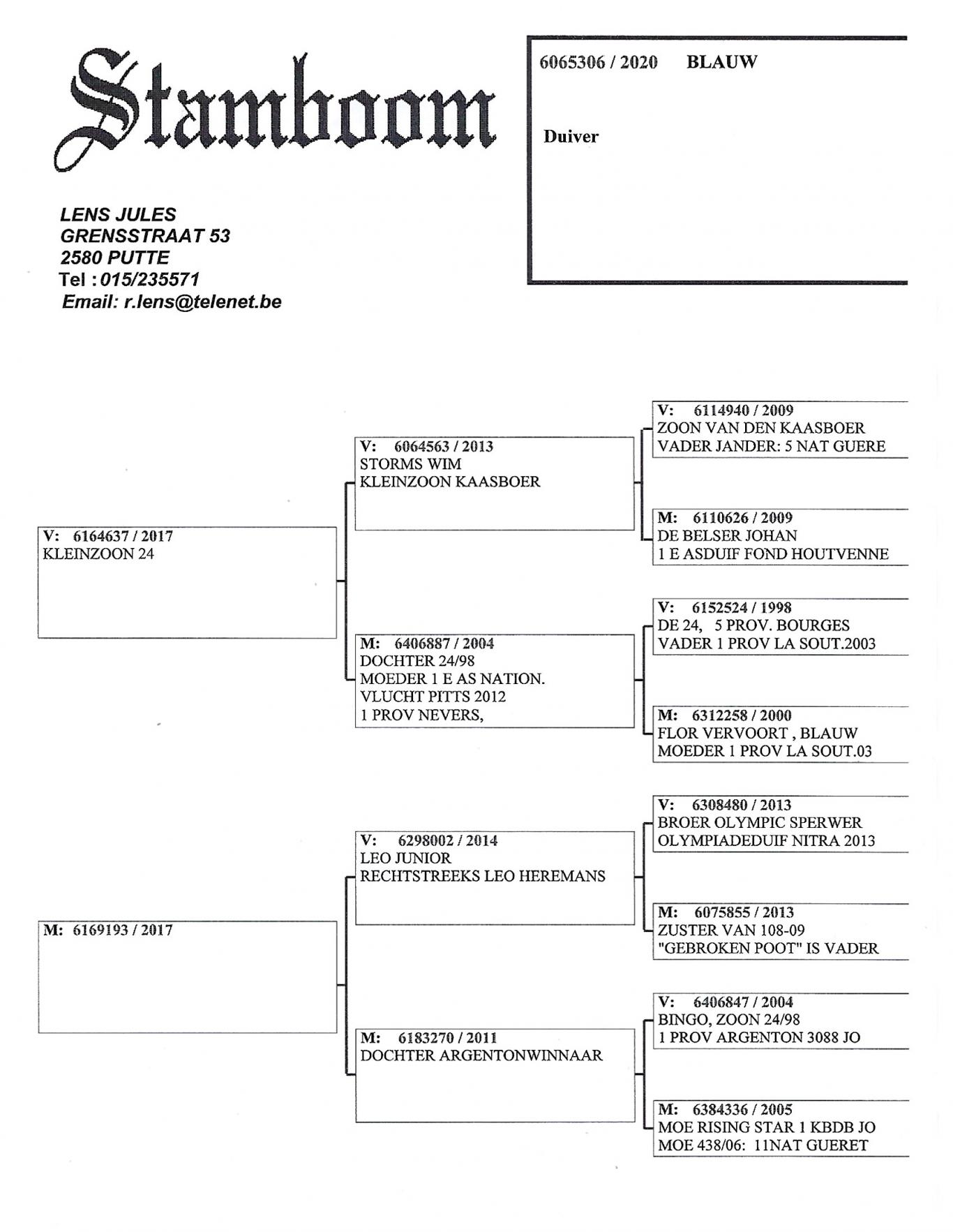