‘Waasland’, to be found in the North-Eastern part of the province of East-Flanders, triumph on Chateauroux national yearlings. The tandem or do we have to say the threesome, De Geest-De Cock from Stekene had with their “Golden Staf” (B20-402447 – speed 1858,67 m/m) the fastest pigeon of all the 7,674 yearling pigeons on Chateauroux. In the sprint he beats the pigeons from Van Dyck Danny (1841.87 m/m) and Van de Poel-Vanoppen (1810.68 m/m). A beautiful victory that made the necessary bottles of champagne pop.
When you drive on the driveway of the house you can’t look around the impressive lofts. It are very spacious lofts constructed according the principle of a loft in a loft and in front of every department there is also a very spacious aviary. Light and air (without draft) in abundance with super healthy pigeons as consequence.
The name De Geest-De Cock stands for Frans De Geest, Robert De Cock and Jean-Pierre De Geest. They found each other since 2013 and the results don’t lie. The base of their colony is formed throughout the years with pigeons from Gaby Vandenabeele, Mariën Fernand & Koen, Koopman via Mariën, several pigeons from Gebr. Scheele, Hebberecht Chris, Verstraete Xavier, Eric Maes and we couldn’t surely forget Staf Theeuwes. He was co-founder and counsellor of this ‘Waasland’ top colony.

The national winner is a nice blue cock. Average build with a strong red/white eye. At the moment of the race he threw 3 pins, but when we went to take a picture a few hours later he threw his 4th ping.
His arrival wasn’t immediately a striking one. The youngsters of the provincial race Montoire were arriving when all of a sudden a certain pigeon had more speed and drive flying towards the sputnik. When checking the EC-system it seemed to be a Chateauroux racer. The party could get started.
The racing team exists out of 30 widowers and these are being raced according the classic widowhood system. Seen they raised a couple of youngsters after last season they could only breeed in Spring for about 10 days.
At arrival the cocks find a ‘recup-mixture’ in their feeding box. Afterwards they switch onto a protein poor mixtures to get the last days before basketing a sports mixture. Medically seen they are in the vets waiting room each month for a check-up. His advice is followed closely. This is how they treated this year already a few times against trichomoniases while nothing has been given against headdiseases. In a matter of side products is it the same as with many amongst us where on a regular base electrolytes and vitamins go in the drinking pot or over the food.

It is very clear that our national winners have it under control very good and it wouldn’t be surprising if they will win the coming years more than once again. It is really granted!

The Herbots team likes to wish you a lot of success the coming races. 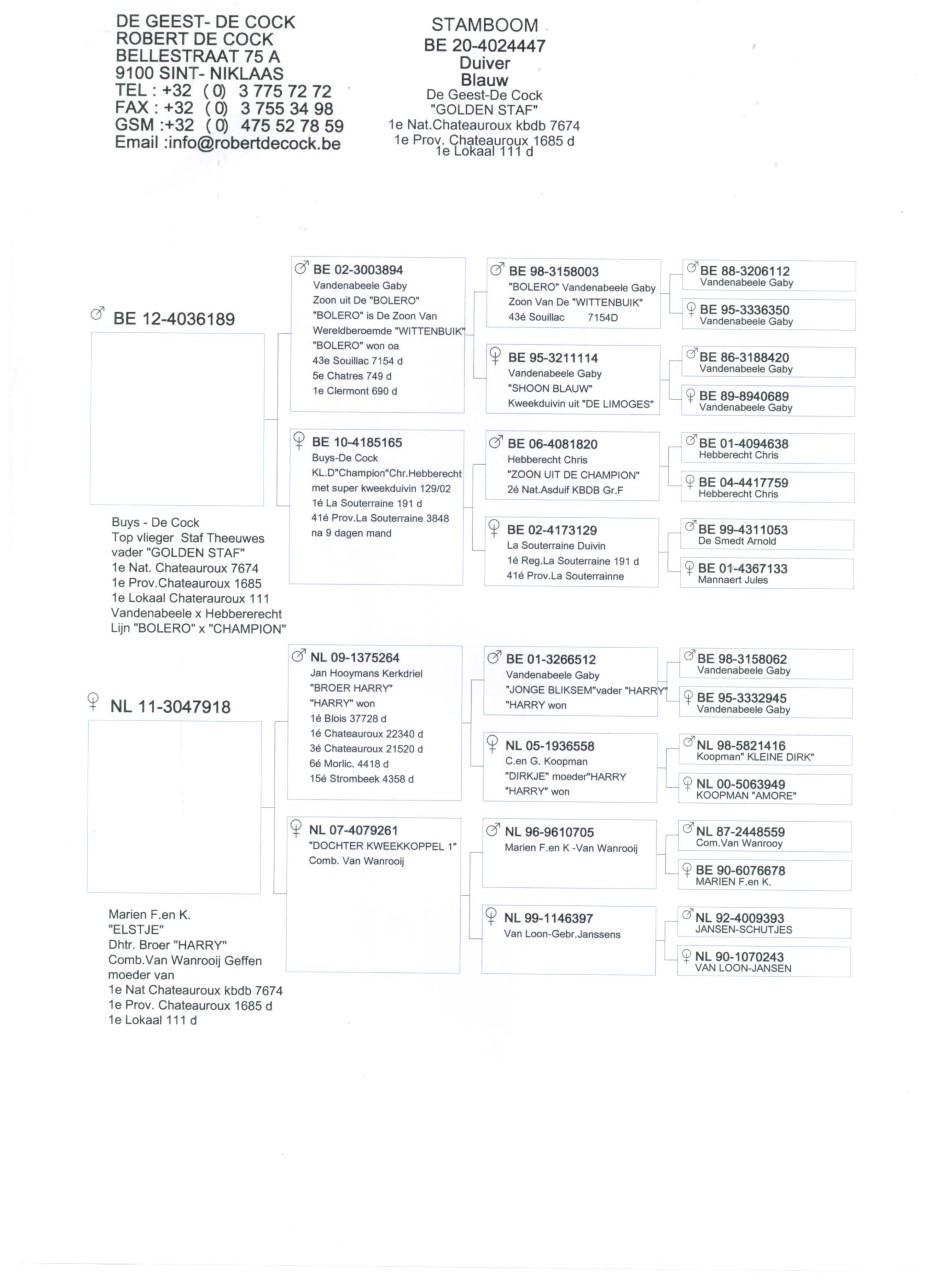