Berlaar: Who drops the name of Berlaar within pigeon world, places without knowing a link to the known short distance racers of this area. Men of pure speed, whereof some of them also profiled on the middle- and greater middle distance races. Thinking about top fanciers such as Gaston Van de Wouwer, Wim de Troy and so on…
But also for the long distance races it isn’t wrong living in Berlaar proofs the results of Walter Roziers . Walter and his pigeon companion Jan Fierens won in 2016 National Agen. It was their chequered cock “The Stealer” (B14-6084324) who became the fastest against 6,748 Agen racers.
The past weekend it was again a hit in the rose. Now with “Free Bird” (B17-6038743) who left at a speed of 1368.39 m/m all 8,839 Brive racers behind.

With a group of 50 widow cocks and 25 hens they race the classic widowhood. The national winner “Free Bird” is part of the widowers team and those who think to find out secret tricks is wrong. Walter and Jan keep it simple and “back to basic”. Healthy lofts create healthy pigeons and as long nothing’s wrong they don’t cure either. Twice a year the vet is being visited and his advice is followed punctual.
Striking is that the front of the lofts exists for a big part out of wire. Good ventilation is important and only at night or when the wind blows wrong this is being closed.
Via 2 x Quievrain, 2 x Noyon, 2 x Sermaises and Bourges it went direction Brive. Asking whether “Free Bird” was motivated in a special way couldn’t be answered. At basketing they are taken from the loft and are being basketed as quiet as possible. Only at arrival they get to see their partner.
The daily menu exists out of mixtures of the cheaper range. “We feed from light to heavy” says Walter “a system that my father Gust figured out and that we still follow until now. Not a lot of fuzz, mix on feeling and this works for us.”
What the hens are concerned, these are being raced first on widowhood and then afterwards, according the races they have to do, they will be raced on nest.
The base of the Roziers colony still heads back to the pigeons of father Gust, accomplished with pigeons from Walter De Rijck, Jos Thoné and Houben Jef.

Walter and Jan, congratulation from the entire Herbots team and we like to wish you a lot of success on the coming marathon races. 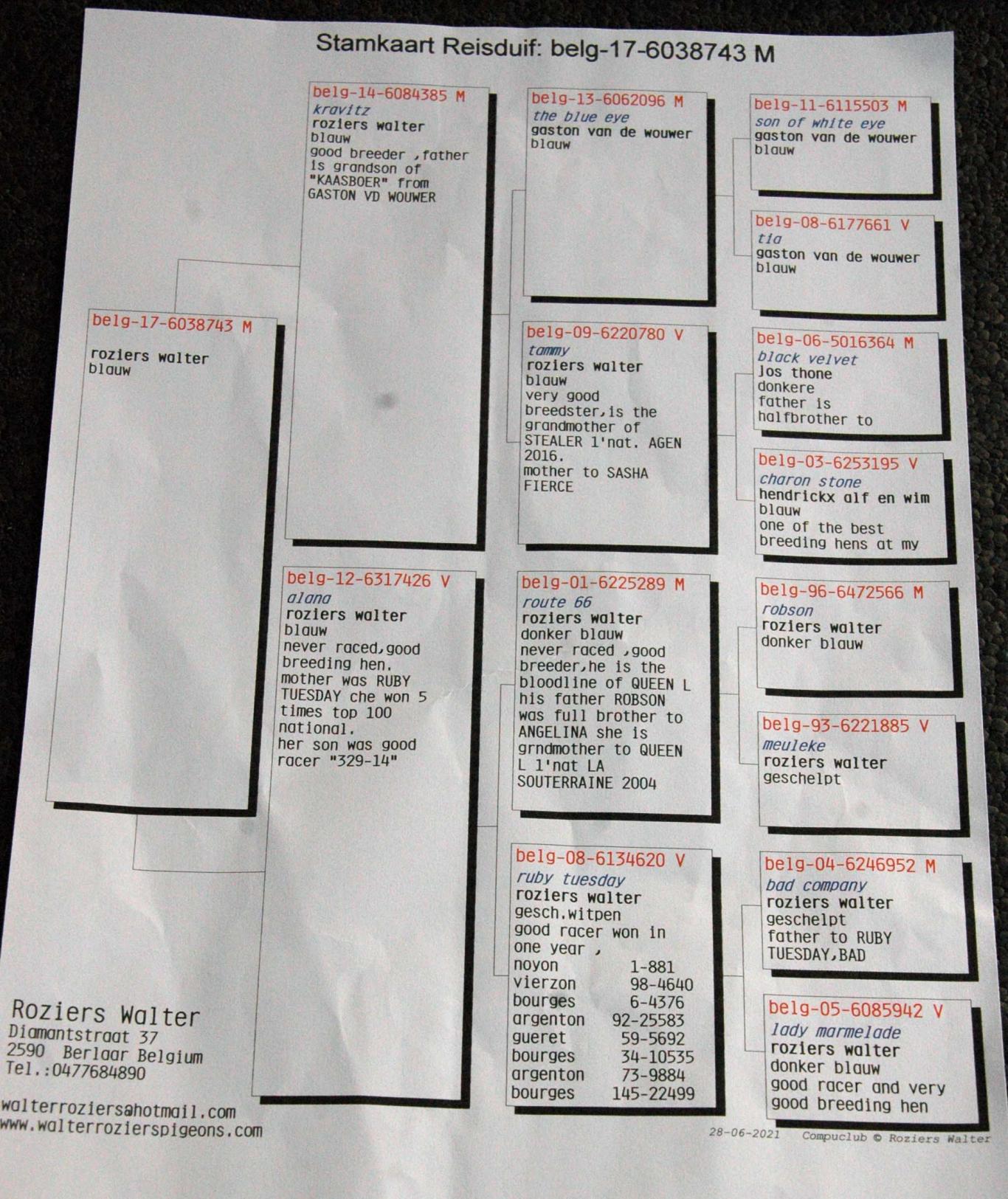