The colony Wim & Steven De Troy from Berlaar is having in 2021 once again a super season. After their National victory out of Limoges they hit the rose again on Argenton. Maybe their most favourite race or don’t you remember the stunt of the past season with the youngsters where they won 1, 2 and 3 National Argenton youngsters. Top class of the highest level and for them the 6th National victory in a matter of 5 years of time. They are used to a lot here in Berlaar and more than one top fancier are near but they are at the top at the moment.

Half of the hens racing team is being raced on classic widowhood and the other half on total widowhood. After a few weeks they look which understand the chaos system and which don’t as when there is a real good one in between the team they keep the partner of this one as home as well as that system is still the one they prefer. The hens of the classic widowhood system serve here especially the long distance races.

During the Winter period only the old hens are being coupled to get them on nest, while the yearlings can come together for only 3 to 4 days just to get to know their partners.

The hens always train only once a day, this is always one hour in the morning. Especially in Spring they can train smoothly an entire hour. Now by the end of the season the lust to train diminished a bit but they solve this by taking the hens for a toss during the weeks together with the youngsters. They mostly fly around 45 minutes then and we notice that this is good.

At basketing they always see their partner, mostly this is a small half hour that they can do whatever they want. After the race it depends on how heavy the race was. But normally they are being separated early in the evening, now after Argenton the season normally has ended for them. The focus will be on the youngsters from now one who did really well with 5 pigeons within the top 100 National and we know what they can do overhere…

We give since many years the mixtures from Hoebrechts that I composed myself. This is a protein poor mixture and a sports mixture. Next to that we use especially the products Aïdi ( Recup Fast and probiotics ), from Herbots ( Optimix and Zell Oxygen ) and from Mariën ( vitaminerals and conditional powder ). We don’t use all of this in the same week but keep variation throughout the season. Against trichomoniases the pigeons were treated twice this year and maintain this by giving yellow drops on Sunday over the food. 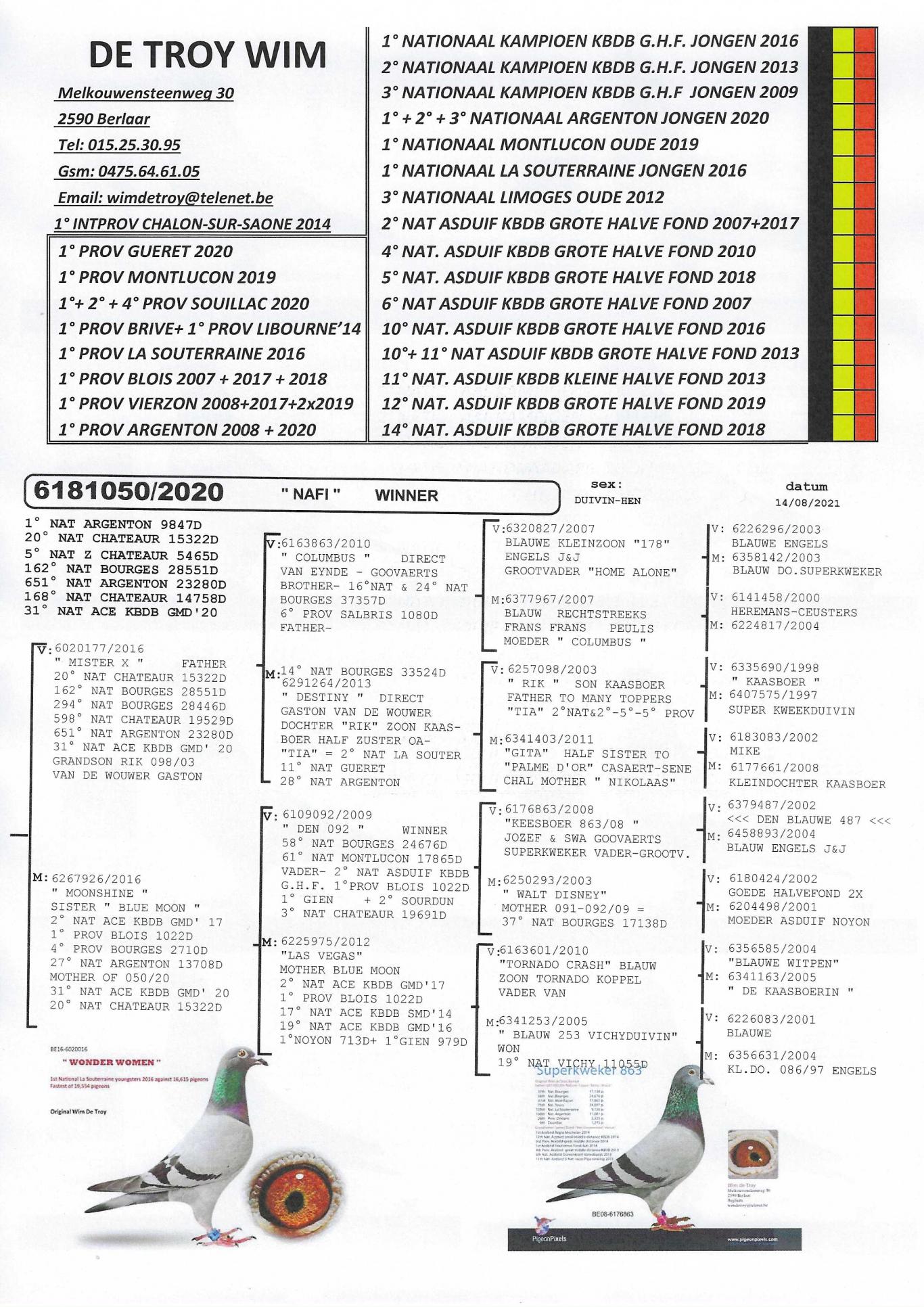 Wim & Steven a big congratulations with this victory from the entire HERBOTS TEAM. 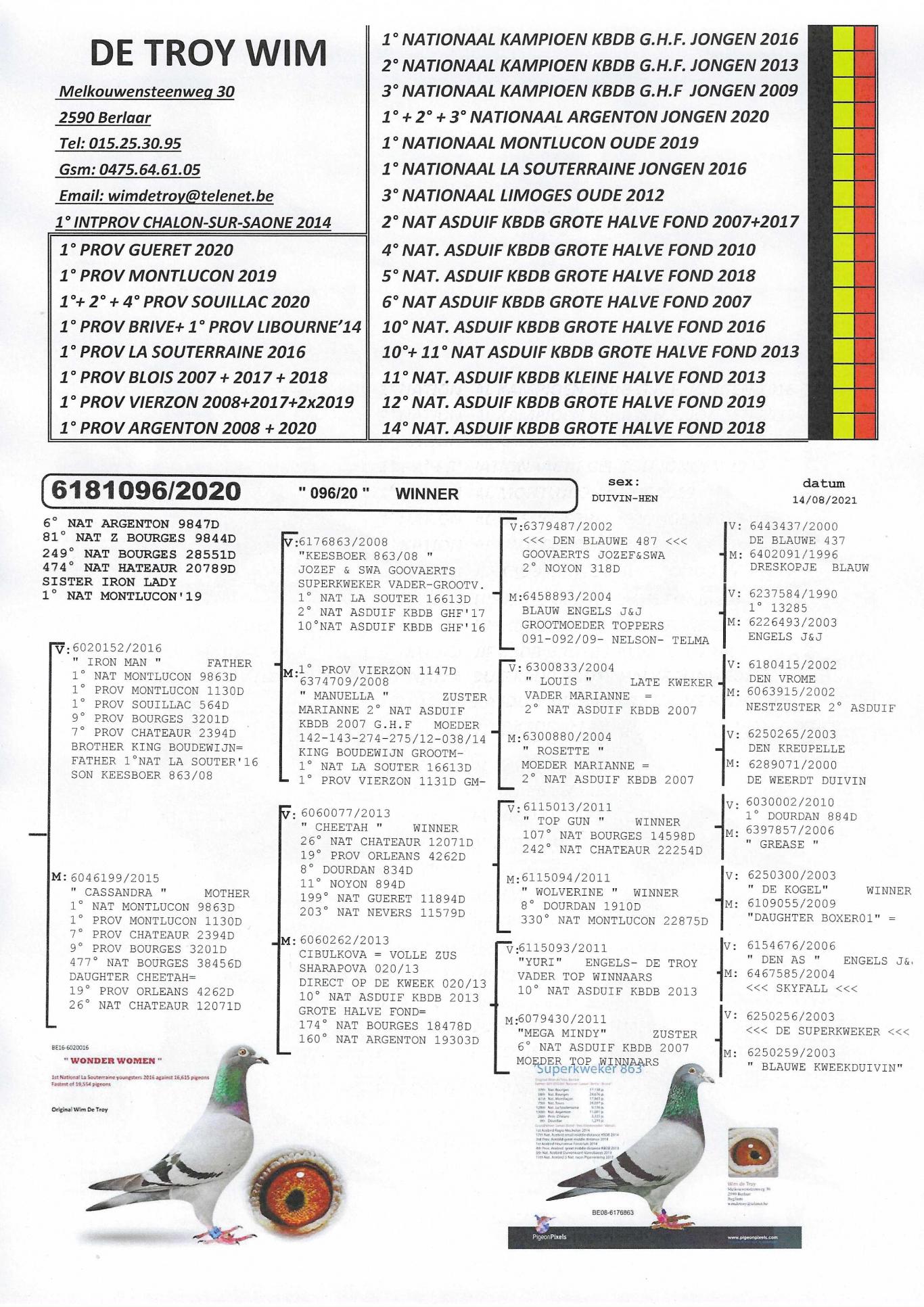