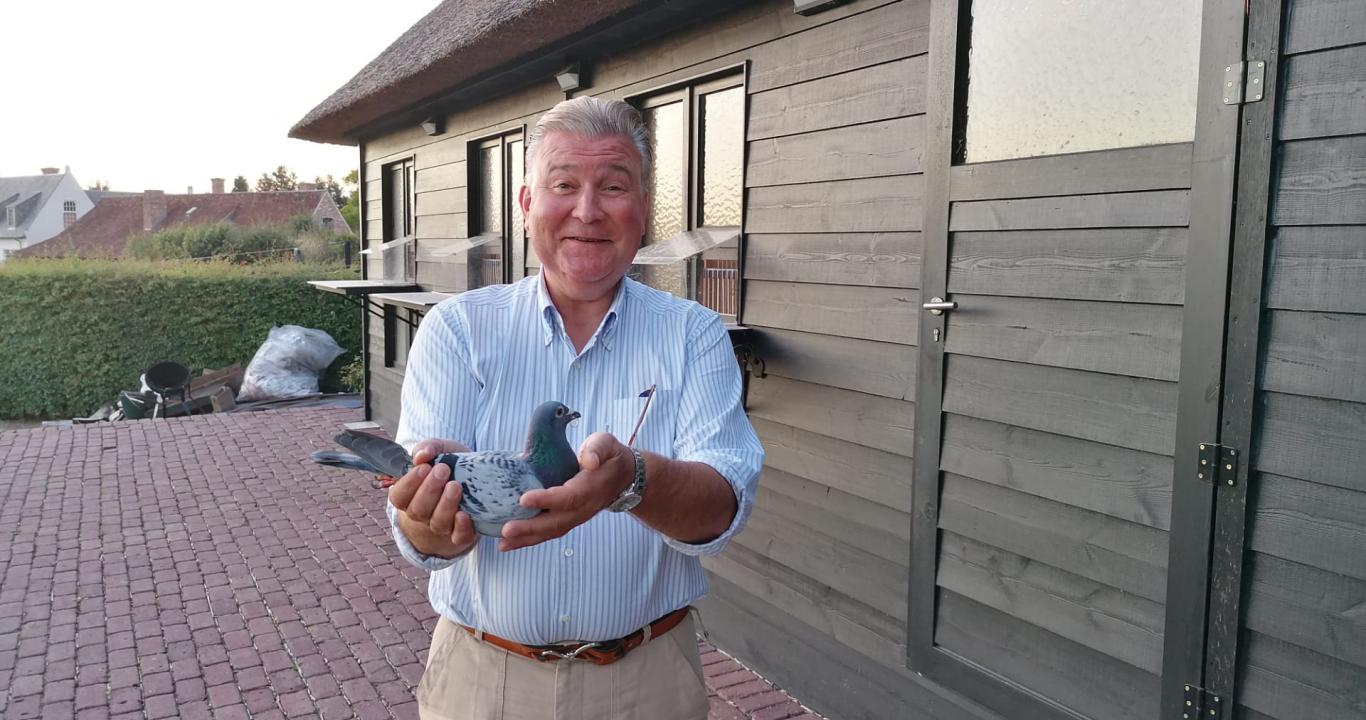 It is a special feeling, going to visit a national winner on a warm and cosy summer evening. There was a nice ambiance on the domain of Bert, on that Saturday evening when the pigeons from Pau had to arrive. There was a stunt set on the lofts in Wortegem-Petegem.  A beautiful victory out of Pau was set with the top favourite of the loft, that does something with a human being…

The faithful fans and a few people that arrived later who wanted to congratulate Bert toasted all to the umpteenth top result.

Bert is a passionate race and undertaker, he wants to score and be at the top. For that reason no effort was passed by in the past and nice lofts were built near his house and invested in the best pigeons.

Bert built his colony in first instance on the breeding loft of Gaby Vandenabeele. He bought for several years a round of youngsters, raced them and tested them severe, accomplished with pigeons from Rik Cools, Marc and Geert Pollin, Patrick and Dimitri Houfflijn, Etienne Devos.  Out of these pigeons he got cracks just as Fyther, Gloria and others who took care of the beautiful weather in Wortegem.

In a later stage and after a sale of top pigeons, he rebuilt and pigeons for the further distance where bought. These pigeons came from Jan Hooijmans from Kerkdriel (Holland) with especially the Harry-pigeons, crossed in or not with one day long distance or extreme long distance, Freddy & Jacques Vandenheede and a few other top lofts.

It was the 3-year old chequered cock with the name ‘Den Boswachter’ (Forest ranger) who won the national victory. Not a surprise at all! This is written easily off course, but if we have a look at his palmaris than we don’t have to be surprised that he managed to do this.

And now as 3-year old pigeon the 1st national Pau

It is a nice pigeon, not too big, but with a very broad and strong pin and also one that sees everything that happens around him.

On the preparing 1st national race Limoges, he missed with more than 2 hours. It was a race with a lot of back wind and apparently he went wrong, which might have triggered him even more for the race out of Pau. The circumstances on this race was more his thing, working hard the entire day and clock early in the evening.

The Harry’s can take it all

Since a few years a few pigeons from the super breeding lofts from Jan Hooijmans from Kerkdriel (Nl) came to the lofts of Bert. They are being tested and raced. Phenomenon ‘Harry’ was the breeding product of a crossing of the best of Gaby Vandenabeele x Gerard Koopman.  He was himself an extra ordinary racing pigeon but an even better breeder. These pigeons can take on nearly everything from the short distance, to the middle distance, long distance to extreme long distance. Jan exposed himself as a super breeder who coupled these strains on a regular base to top pigeons from several different disciplines and test them out on the distance where they are bred for.

‘Den Boswachter’ is a bit an odd one in this all. His father is brother Harry and so a son to the ‘Jonge Bliksem’ from Gaby Vandenabeele x ‘Dirkje’, the super hen from Gerard Koopman out of the strain of the ‘Kleine Dirk’.

As mother you have a daughter ‘Dreampair’ from the lofts of Mrs Snellen and Zn out of Holland. This ‘Dreampair’ had as cock a guy out of the strains of the ‘Kleine Figo’ from Kees Bosua coupled to a hen from Gerard Koopman.

Not immediately extreme long distance you would say, but the opposite has been proven more than once now with top results on the heaviest races.

The team of Bert is in good shape the past few weeks. On the races of the past 3 weeks you could find them always at the top. On races such as Limoges, Issoudun, Pau, Agen, La Soutteraine they show themselves from their strongest and best side.

Also the coming weeks promises, with the intensity of the races that are coming up, to be very exciting on the lofts in Wortegem. The form on the lofts is present and this can lead to fireworks.

Also ‘Den Boswachter’ will get another hard race in normal circumstances…and who knows an ace bird is in the making?! 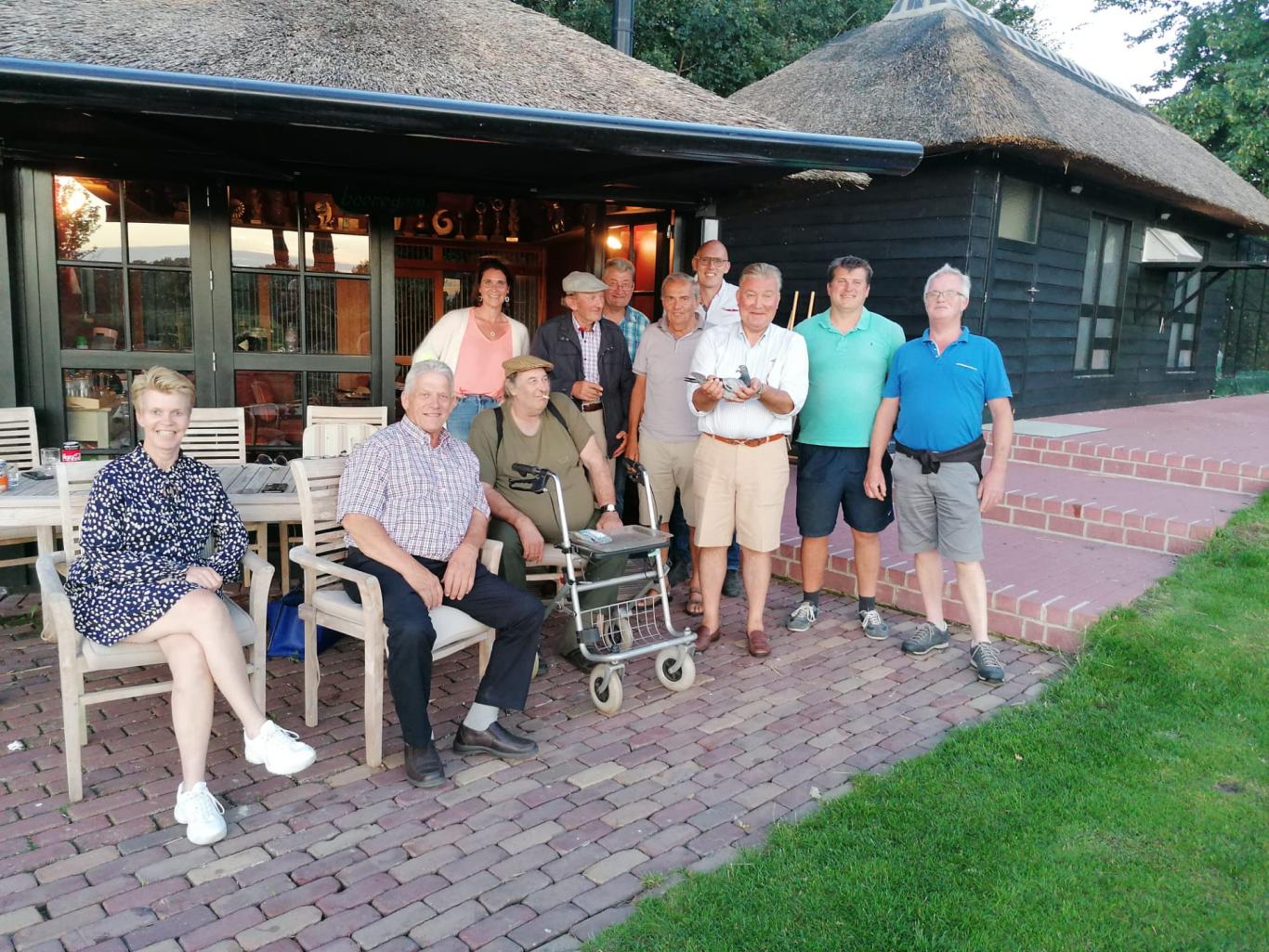 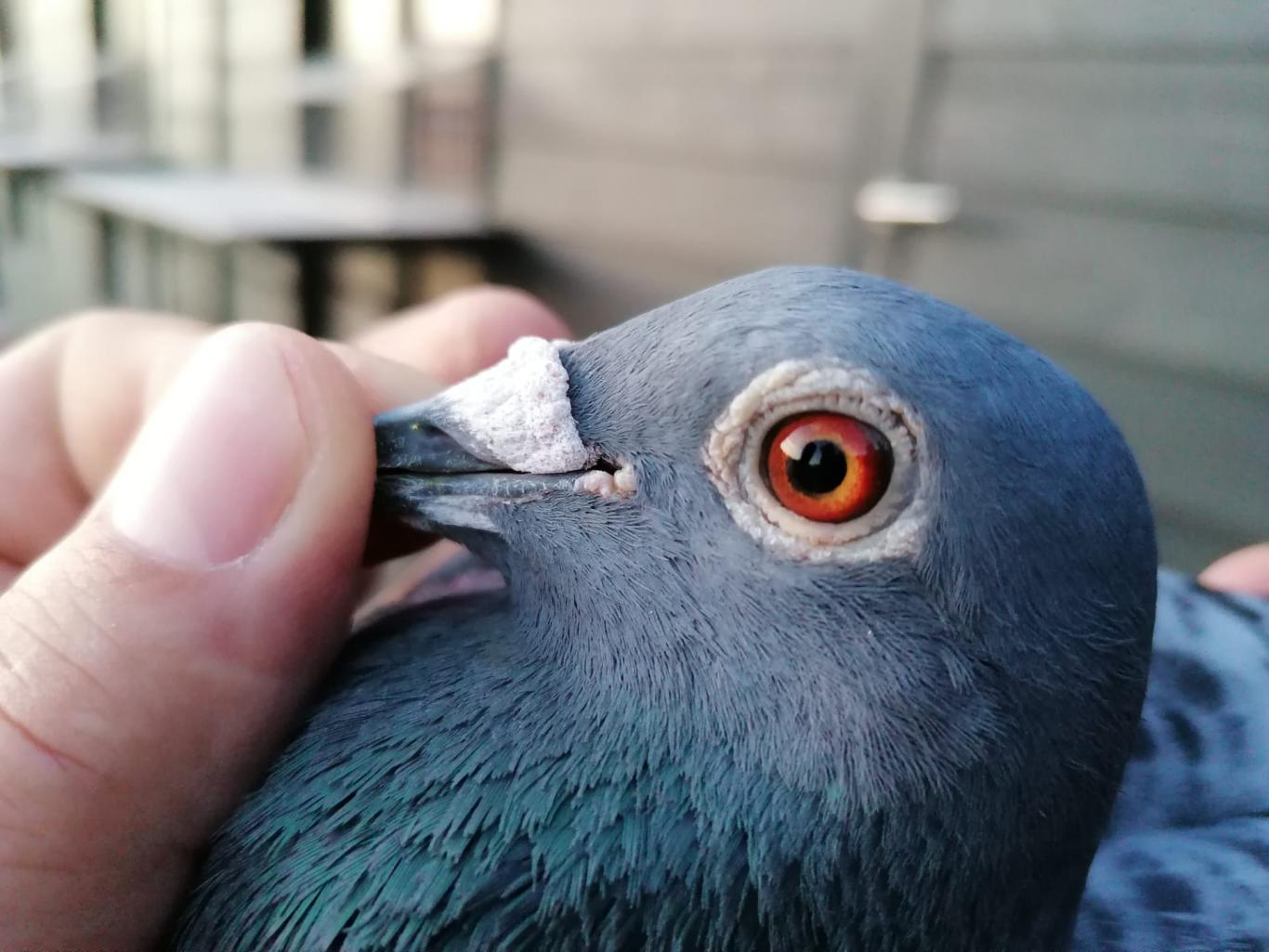 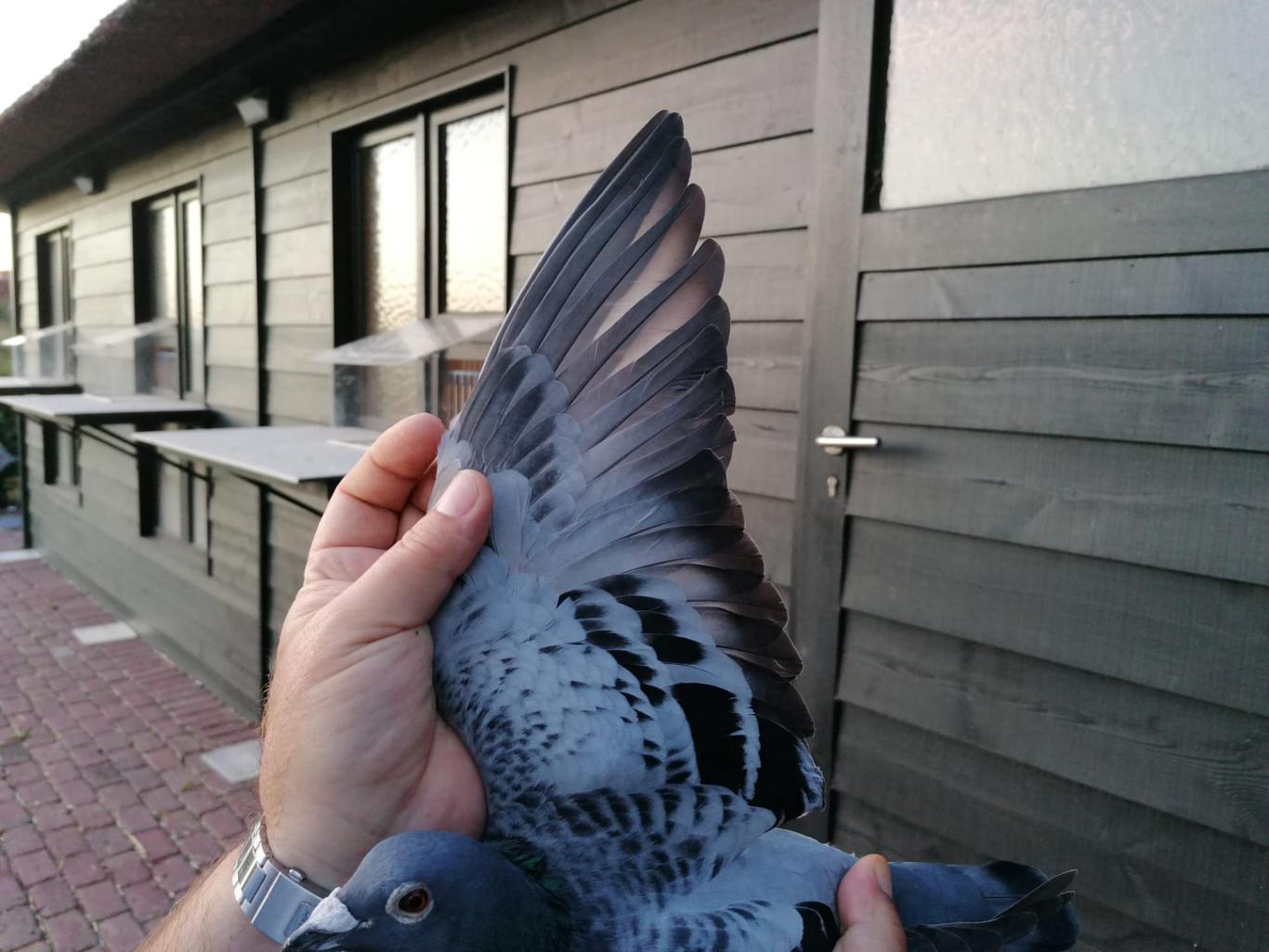 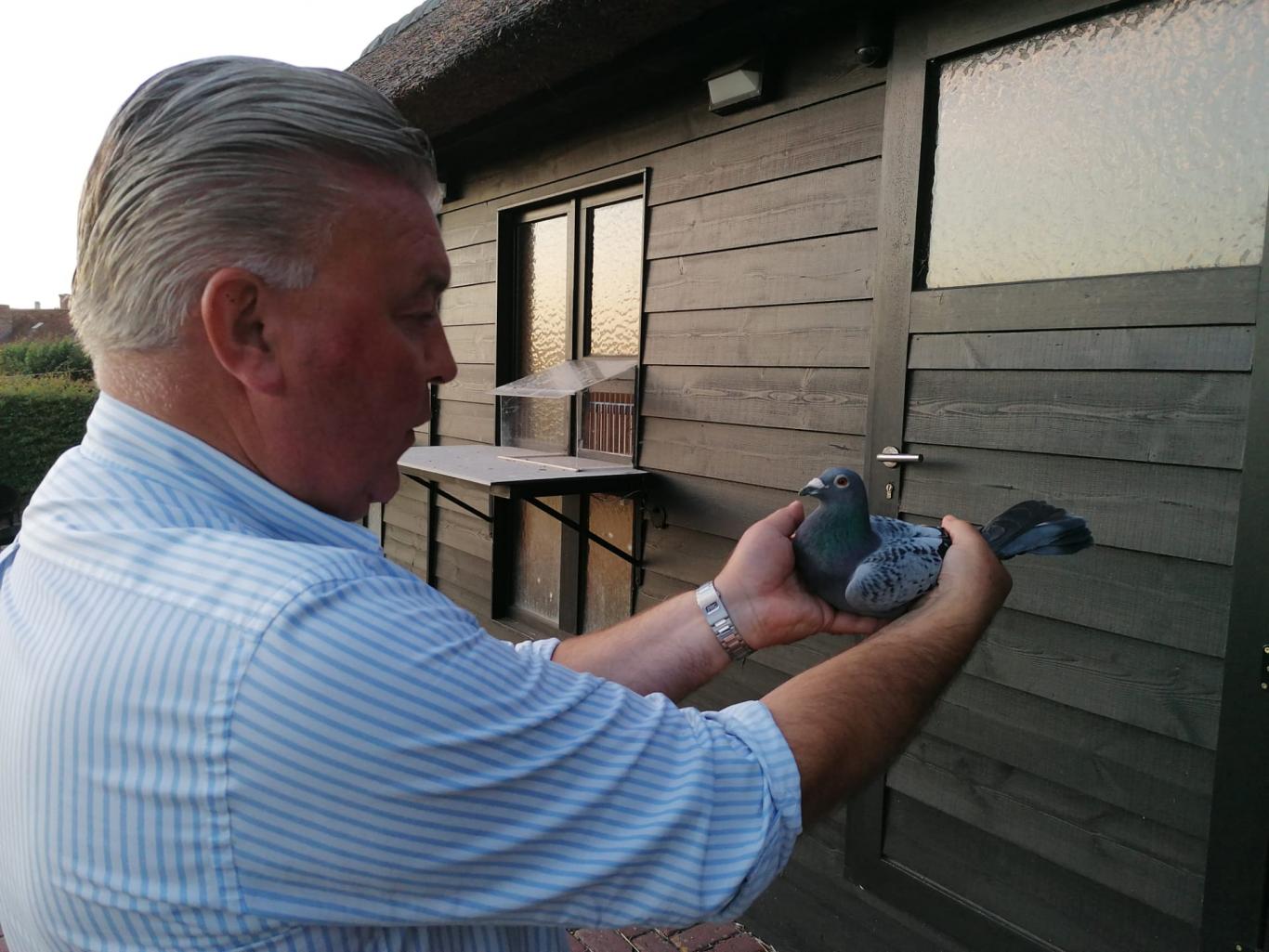 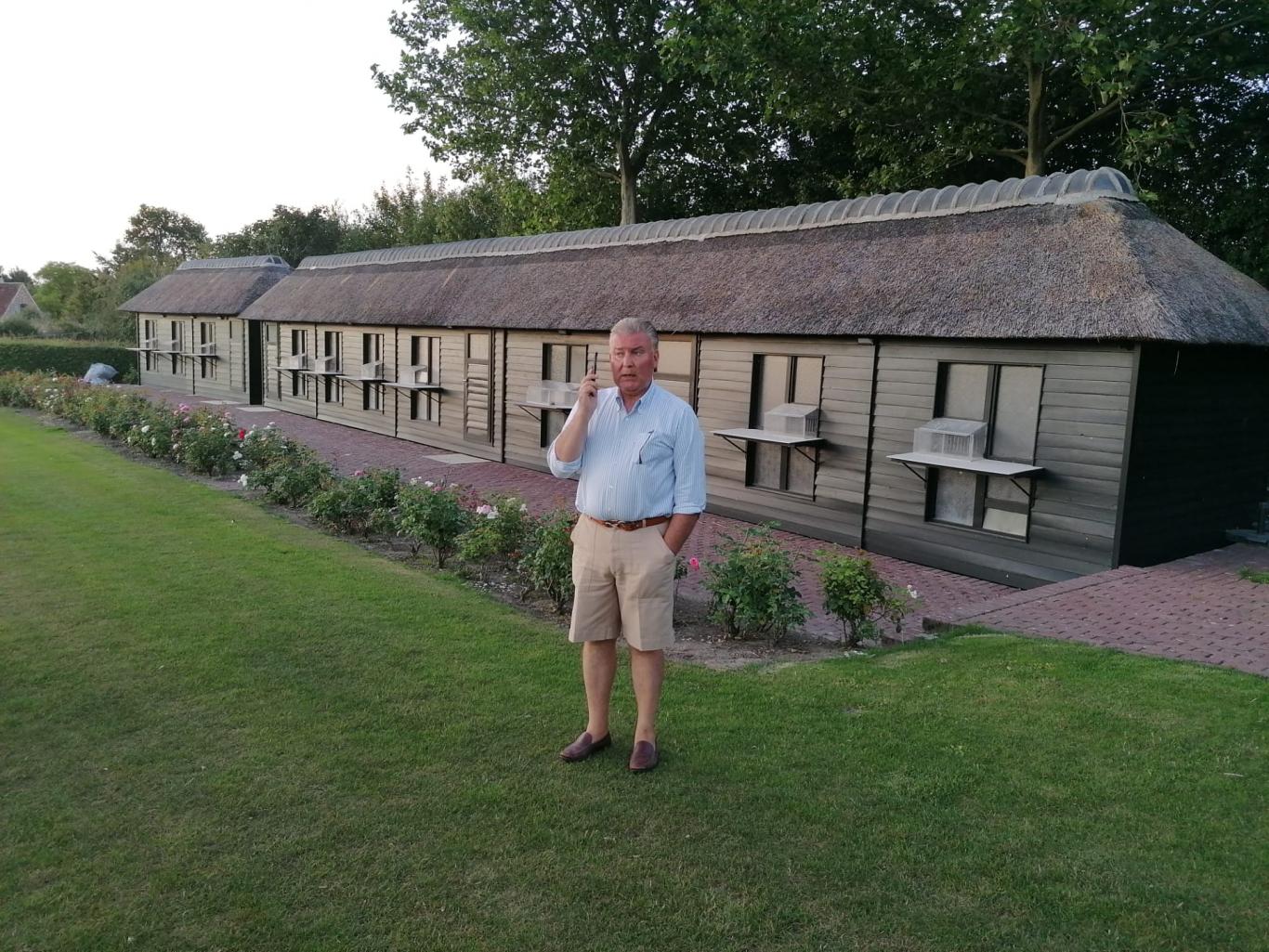 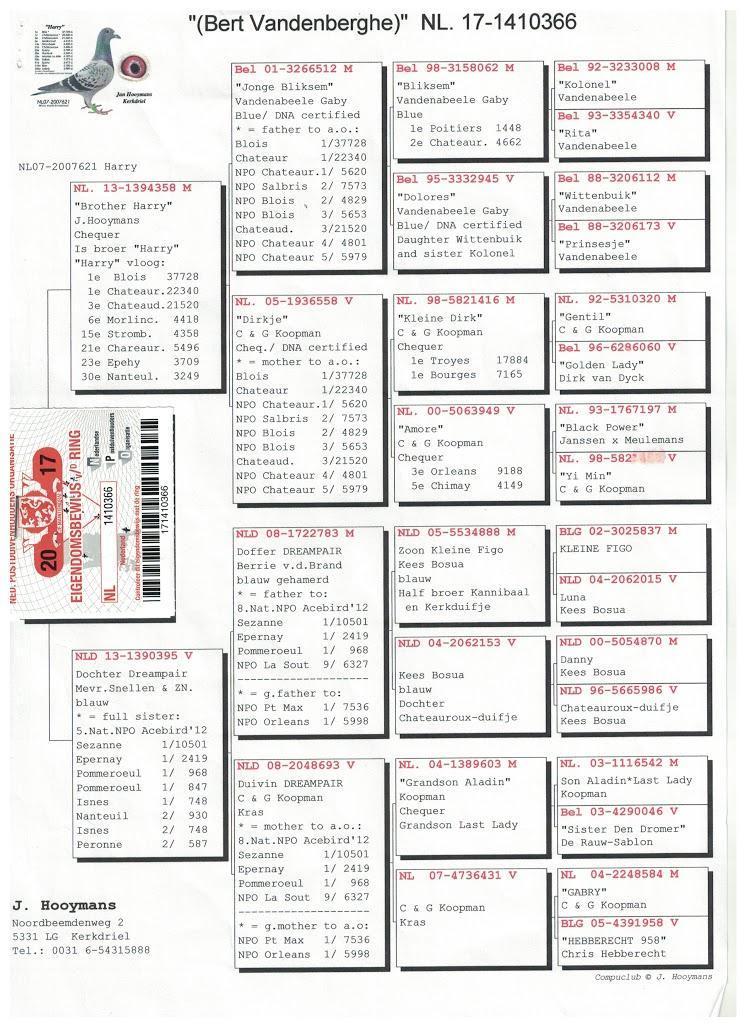