The Geenstraat in Bertem is a dead ending street and half-way this cosy street is the house of the Crabbe family. Not only Luc but also daughter isn’t too shy to lift baskets and clean the lofts. ‘Together strong’ is what they have to think over there. The pigeon lofts for the old and yearling birds are at the attic of the house and seen that the entrance for the pigeons is at the street site, Luc and his faithful watchers have to be on the street to wait for the arrival of the pigeons. A few loft for the youngsters are to be found in the garden..

What’s in a name… we took the national winner in our hands a few hours after arrival and according to us he’s a very slender, athletic widow cock. A guy who knows what he wants…and the character and talent to fight an entire day with a winners mentality. Before this he also already won the 4th Nat. zone Limoges and per 20 on Libourne. Luc “He had to come straight from Montélimar…didn’t lose an inch…didn’t waist a second…as before we knew there was a racer out of Montélimar he was already on the shelf”.
The base of the Crabbe colony are pigeons from Sjaak van de Velde (Breskens), Meurysse John (Oeselgem) and some pigeons from a few good friends.
In January 18 widow cocks (2 old and 16 year birds) were being coupled and could breed until they left their eggs. In Spring there wasn’t a second breeding. The widow cocks only train in the morning and all the rest is being kept as simple as possible. They always get a full trunk of sports mixture and in a matter of side products they get sometimes Vitamineral and garlic oil (Natural) over the food.
The vet is only being consulted for the obliged vaccinations and after Chateauroux they cured during 3 days against trichomoniases. Against ‘head disease’ he didn’t have to give anything yet.
In a matter of motivation also nothing special is being done. The cocks get to see their nest dish before basketing and that’s it.

A simple system that also can be very active as such a ‘heavy’ Montélimar can only be won with pure classful pigeons. 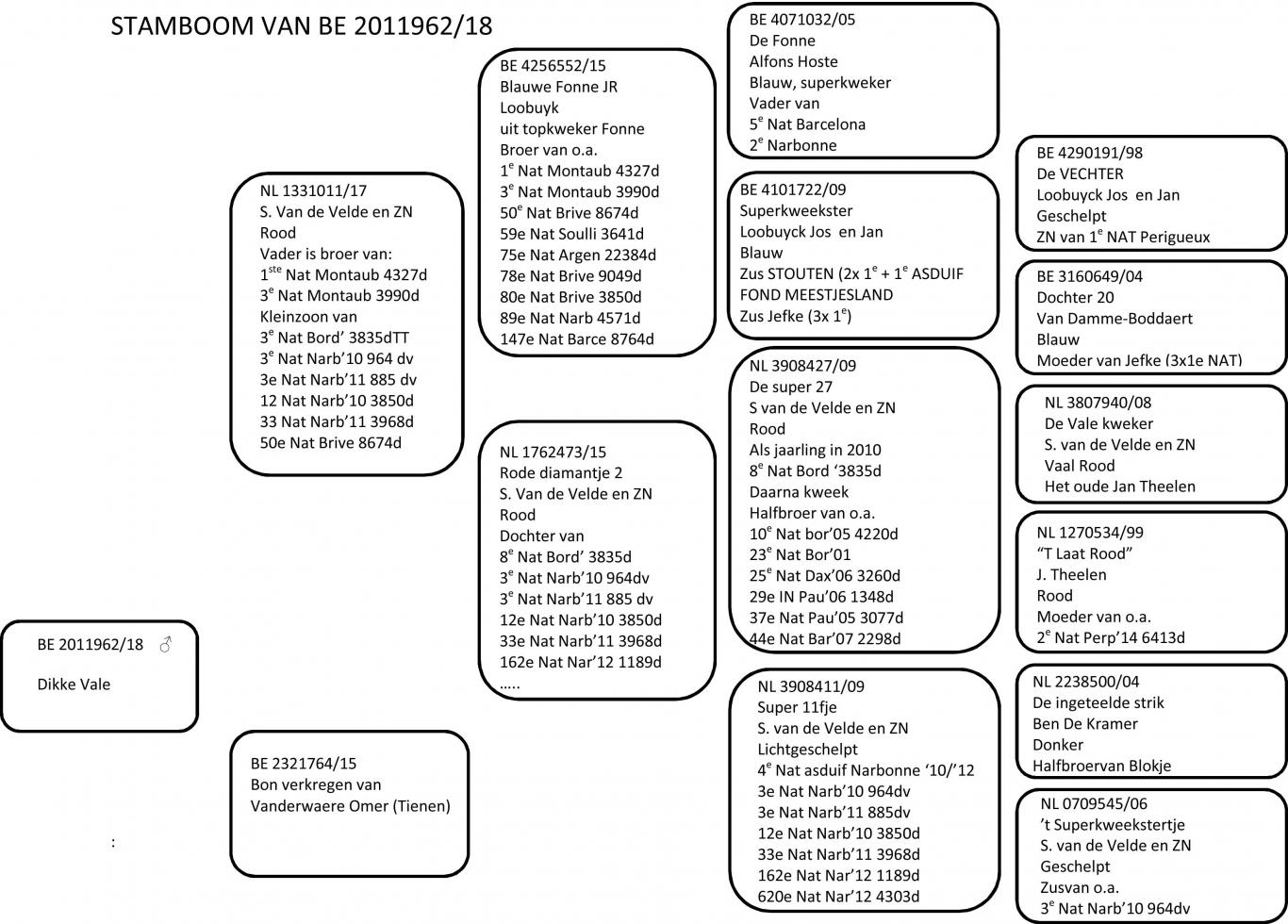