Rotselaar: The 2nd national race of the season got 20,800 old birds at the start and it was the beautiful blue cock "B17-2039084" of Kristiaan Hennes who took home the palm. His owner Kristiaan is certainly not an unknown name in the international pigeon world. Previously he was already national champion small middle distance KBDB and several provincial victories adorn his palmares but that one national victory was still missing and this void is now filled thanks to the great performance of the "Chateauroux".

He came from Verbruggen

As you can see, our 87-year-old sportsman is enjoying this victory to the fullest. "I'm glad I witnessed his arrival" Kristiaan begins his story "we were just beginning to pay attention when we saw him arrive like an arrow from an arch. He came from Gommaire Verbruggen I said to my wife ... and if a person knew it all ... it might still be true because Gommaire won the 2nd national against 33.833 year birds.

"De Chateauroux" looks very calm... especially when he has his hen around...he is of the medium body type and perfectly built, but what is striking is that the pigmentation in his tail is very strong.

“Three years ago, because of my age, I got rid of a lot of my pigeons" continues Kristiaan "a smaller team was more than necessary to still be able to control it all". For this season I have 14 widowers, 3 racing hens and 38 youngsters. The pigeons houses in the attic...there the lofts were built according to the system of "a loft in a loft". My lofts are rather dark... but I like that. They are very airy lofts. The only disadvantage is that during the very hot days it can sometimes be too dry... and then it's up to me to humidify the pens a bit.

My system has been the same for years... pure widowhood with no frills. The widowers train once a day and in preparation for the season there was only brooding. The widowers don't raise a boy. In terms of nutrition, only sports mixture is fed and now and then vitamins go over the grains. Medically only a pill against tricho was given. Against ornithose was not yet treated.

Before basketing, only one hen is put on the loft. All widowers fly in their boxes and are easy to get hold of... which is necessary for me because holding a pigeon firmly is not always easy. After the flight they can cuddle each other for a few hours.

Kristiaan ... because of the whole Herbots team congratulations on your national victory and who knows what the coming weekends will bring ... 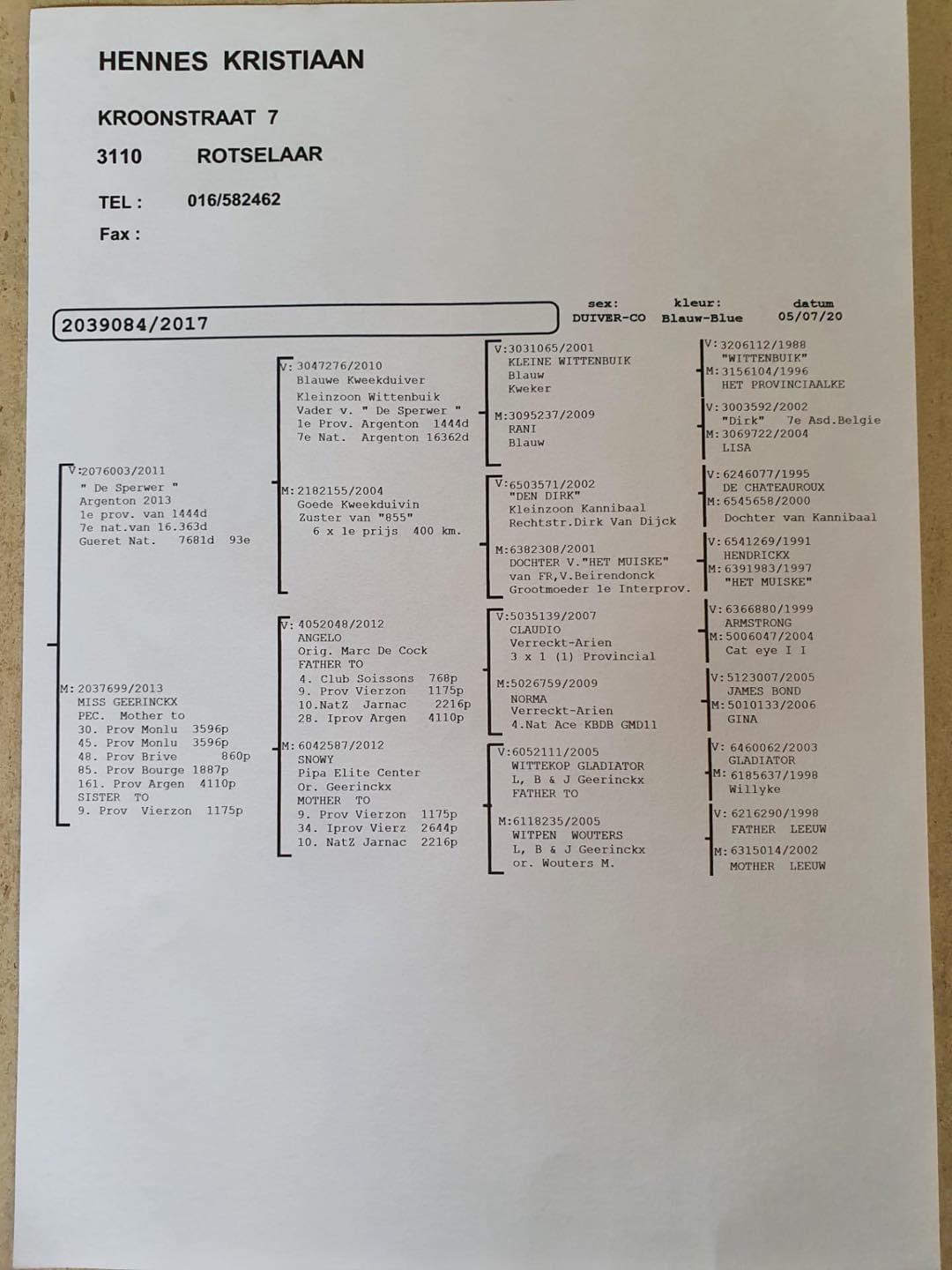 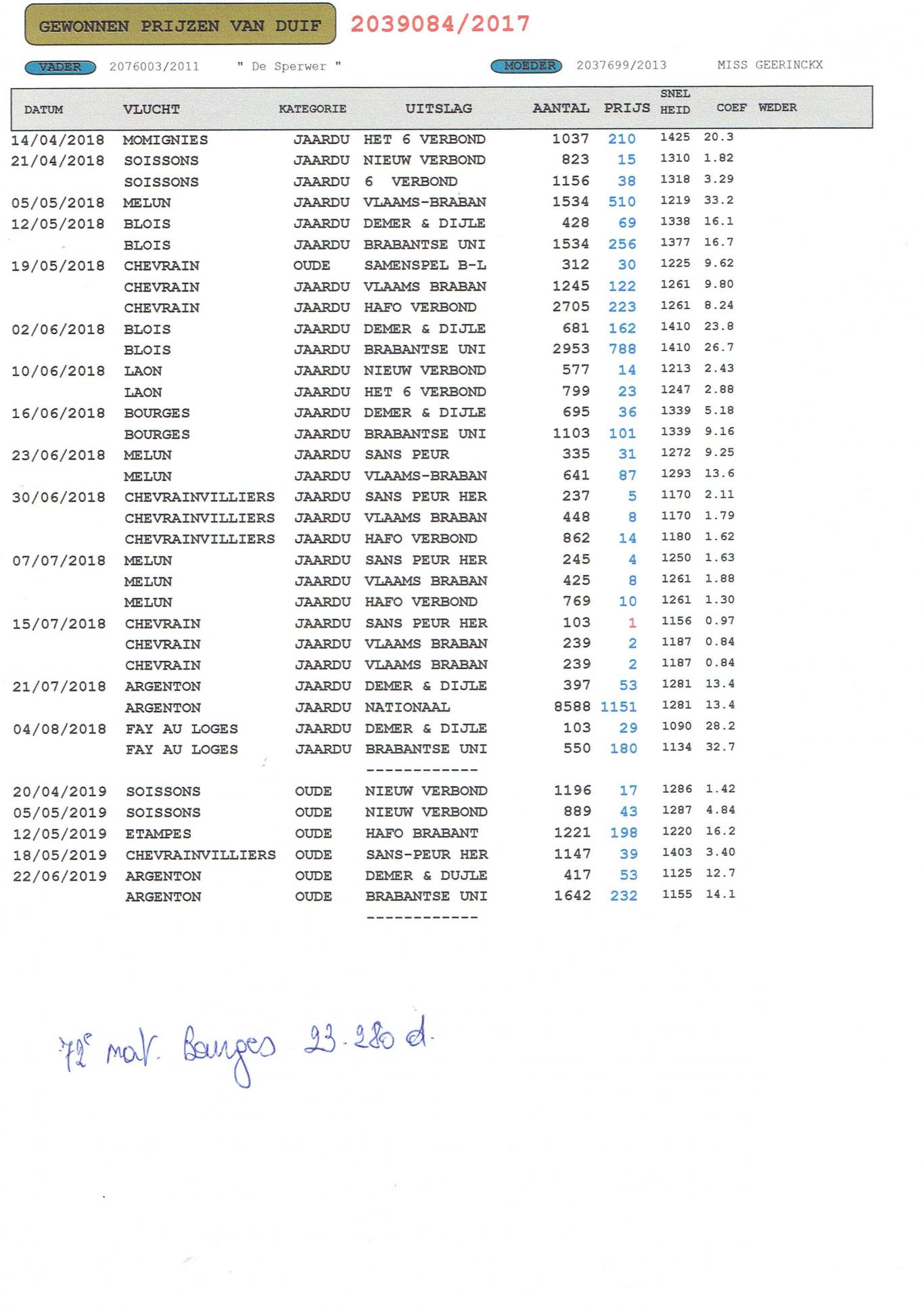