Ronse: I have seldom seen such an emotional winner as Mario Spileers. The feelings that Mario experiences shows perfectly how intense Mario lives pigeon sport and how much ‘respect’ he has for his feathered friends. An intense happy human being thanks to the result of “De Wout” who left the 3,044 yearling racers out of Aurillac behind.
We have to say as it is…Aurillac wasn’t a race for ‘pancakes’ and only the very strongest once could get home early in these kind of heavy weather circumstances. ‘De Wout’ a beautiful blue cock who normally never shows any special behaviours changed his attitude the week before basketing. For example, he was roaring the entire time during training and he was chasing his loft mates while he normally never did this and at coming in he was always the last one as he never used to be the last one to get in.
Mario “these behaviours was something I noticed immediately but I thought….maybe his attachment for his box is over and is his condition going backwards now, but seen now this wasn’t the case at all and showed that ‘De Wout’ was in top condition. Luckily I basketed him as 1st signed and this because he also scored nicely out of Limoges.
Another detail that might have tickled his motivation…normally they only get to see their nest dish at basketing but now they could see their hen during 3 hours.’

A big thank you to Yvan Eeckhout

Mario continues “I have a lot to thanks to Yvan Eeckhout. Yvan lives a bit further and we have almost contact on a daily base. We train our pigeons together, talk about our ‘strategies’ and enjoy each other’s results. My colony is for 85% based on pigeons from Yvan. The other 15% are from Luc Vandendriessche (Zingem), Paul Benois (Mostier - origin De Smeyter-Restiaen) and Roger Baele (Zwalm).
The season was started off with a team of 30 widow cocks who are being raced on the classic widowhood system. The game with the widow cocks is the main goal over here as the youngsters are only trained in their birthyear. As year bird they have to do 3 long distance races and on these results the selection is being made. But sometimes you have to have some luck…normally they had to do Souillac but as I had the impression that they weren’t fully recuperated I kept them for Aurillac.
A vet isn’t going to get rich over here. Before the season they are being treated against trichomoniases and after 4 short distance races they get a tricho pill. Also against ornithes I treated at the beginning of the season with Soludox.
The feeding happens as at many places. At arrival a mixture of moult- and breeding, than I switch on to a protein poor mixture to make it more heavy towards basketing and the last 2 days even a 100% energy mixture.

“Whether I saw him arriving home…not really in fact. I just went in to get a drink and when I got out again I saw him landing on the planch. So the ‘kick’ of seeing a national winner getting home is something I did have.

Mario…once again a big congratulations from the entire Herbots team ! 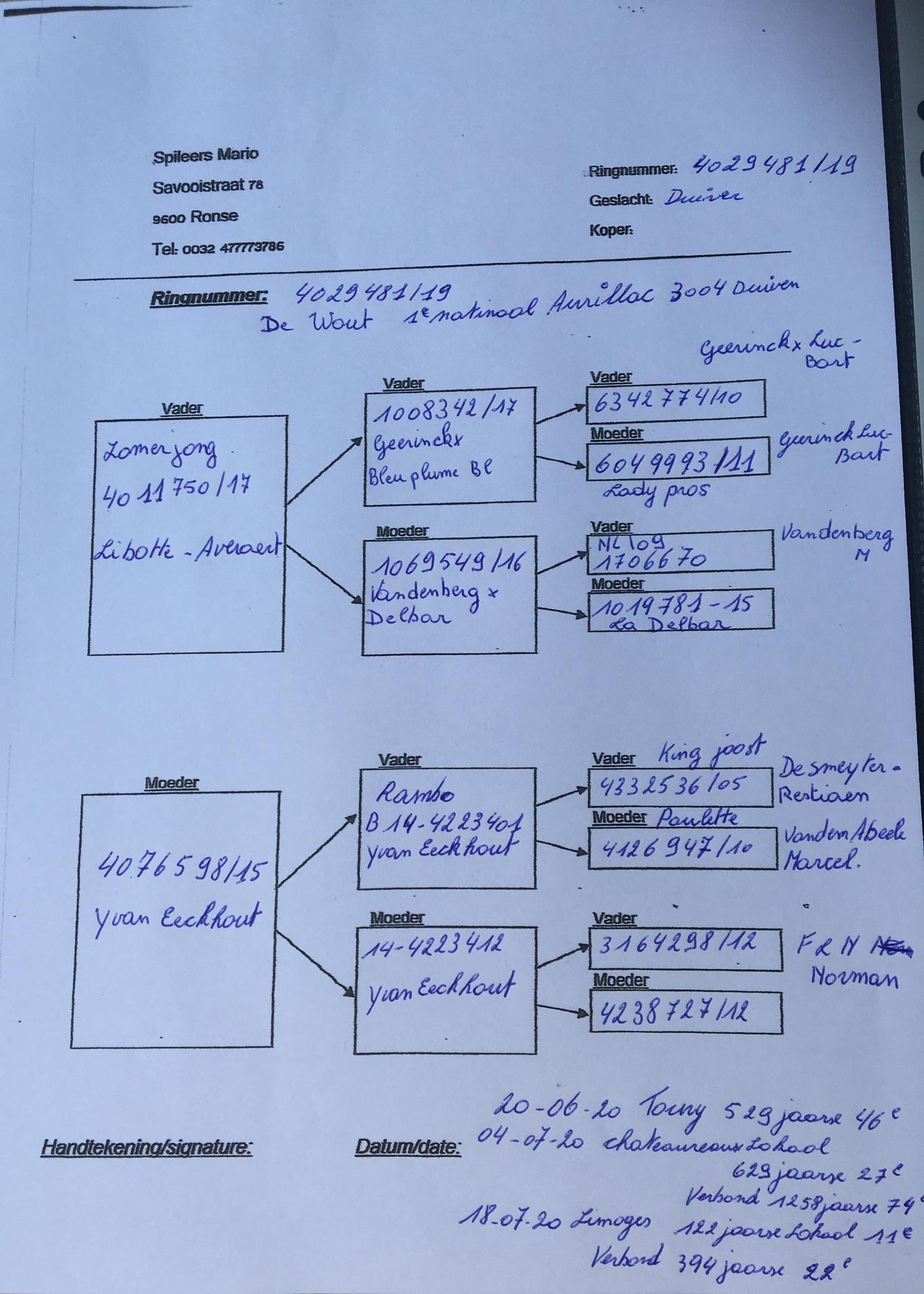 Pedigree mother and grandparents on father's side 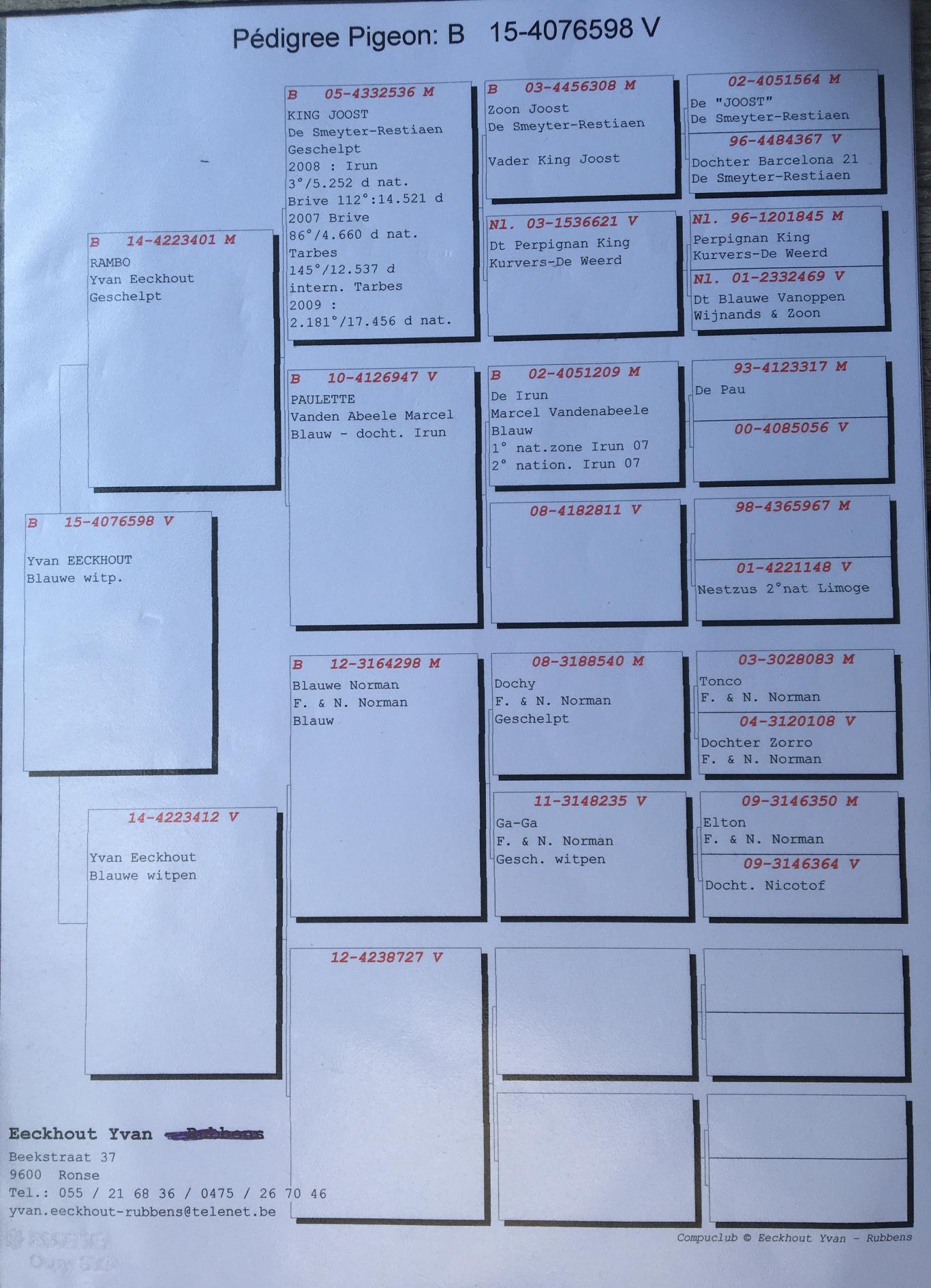 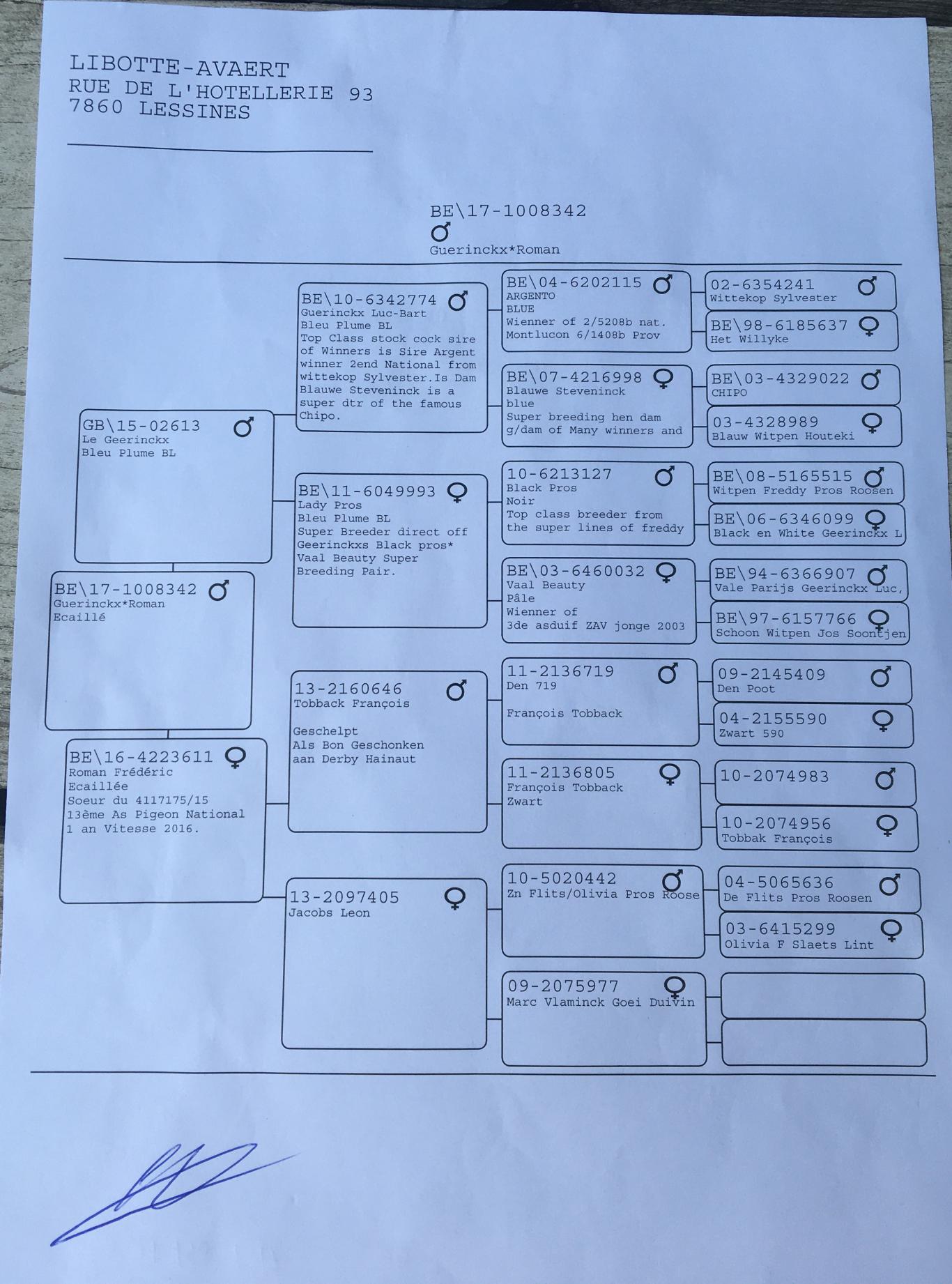 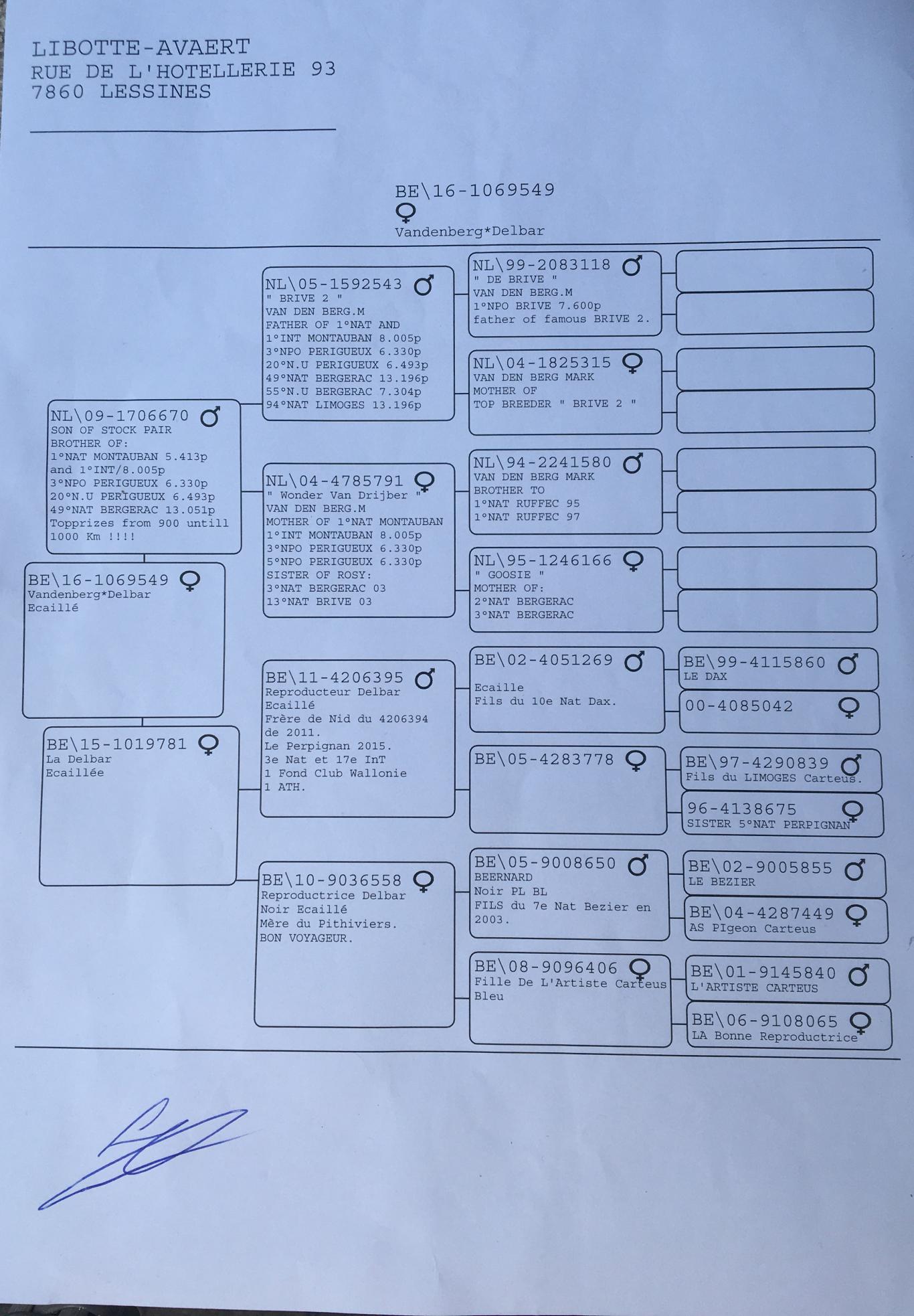 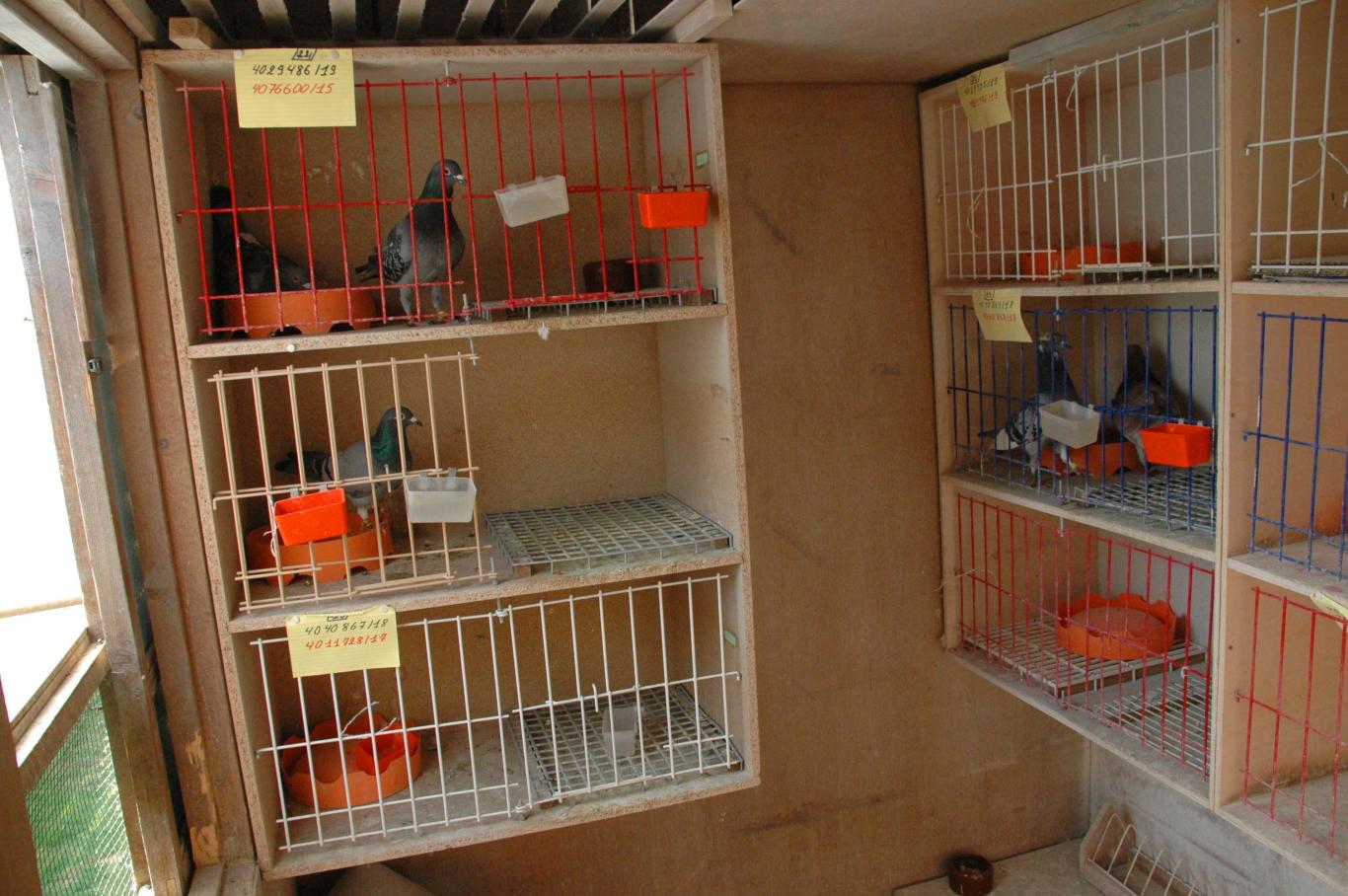 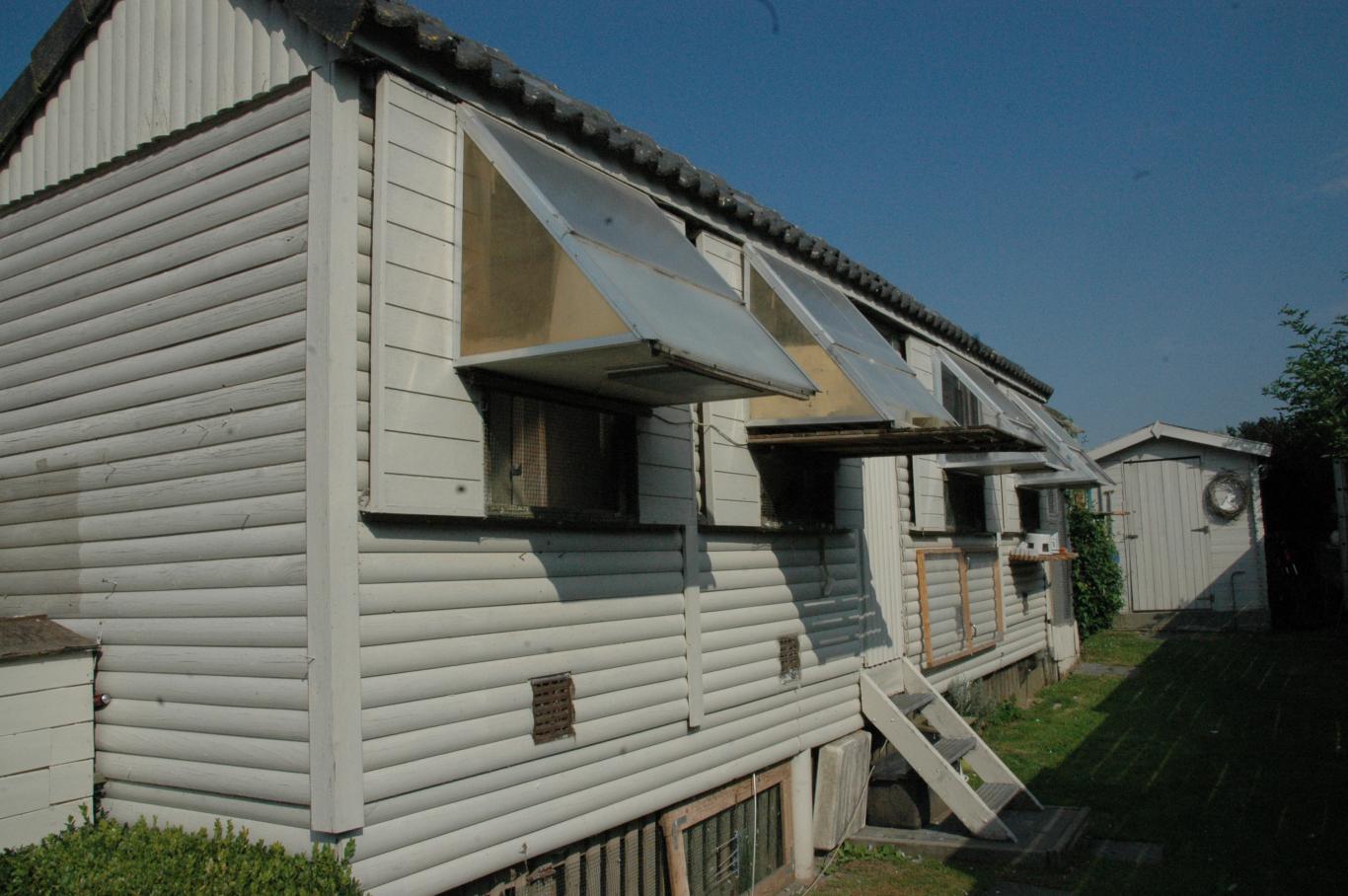