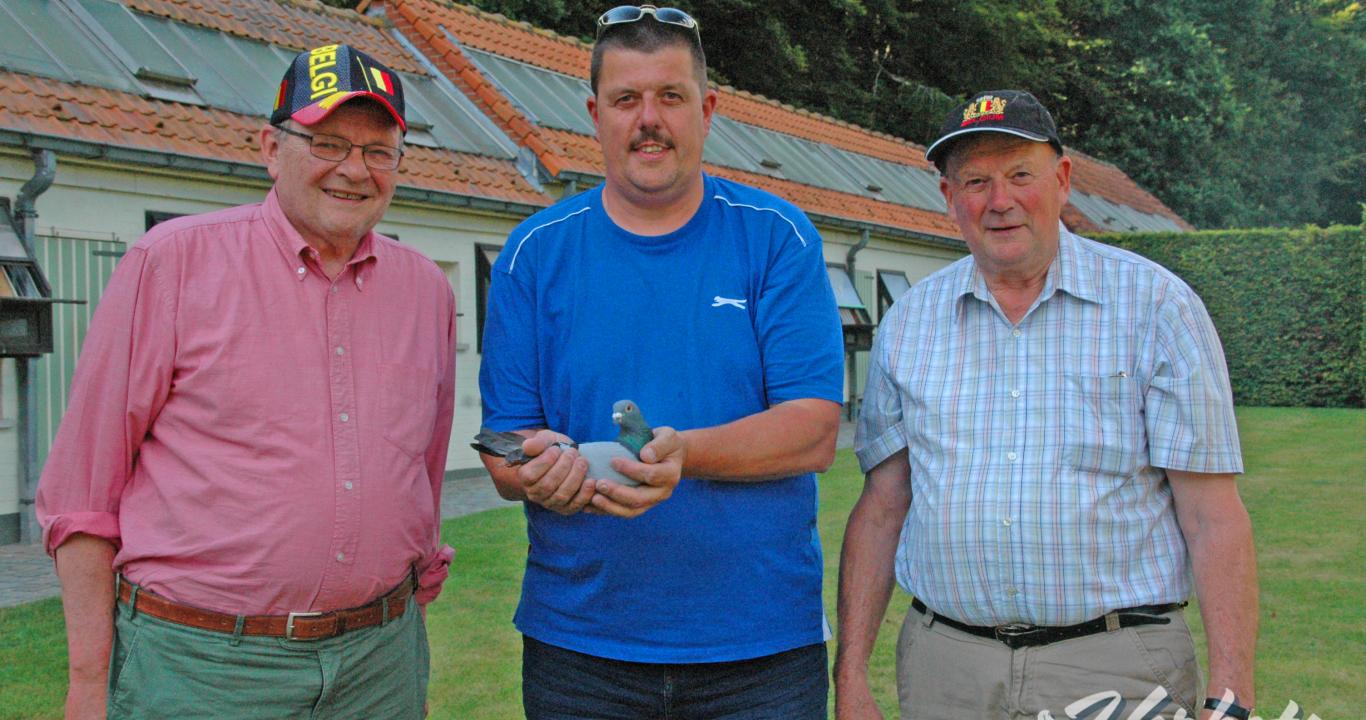 The tandem Platteeuw exists out of father Daniël and son Didier. Father used to race together with his father in law with the name Comyn-Platteeuw. In the year of 1989 father Daniël started as a loft manager on the loft of Michel Steverlynck, former KBDB-representative & also successor of the Picanol-family. A family that both in and out of Ieper has a big name with the construction of weaving looms. Michel Steverlynck, also known as mister Michel, was the man who took over the hobby of his late father Bernard Steverlynck out of homage. In 2004 Mr Michel decided to say goodbye to pigeon sport. Daniel succeeded after talking to the Steverlynck family to stay in the pigeon sport a bit. This is why they decided to race further from the lofts from Mr Michel but under the name of “Daniël en Didier Platteeuw”. A decision that neither the Platteeuw family nor Mr Michel regrets. As what is more beautiful than when two families unite due to pigeon sport?

Son Didier works at Picanol and works in shifts at the weaving loom constructor. Father and son accomplish each other very well. Didier has a lot to thank his father. Without father Daniel it wouldn’t be possible to practice pigeon sport at such a high level. Didier experienced this in 2006 when his father suffered from a lung tumour. Didier had to take care of everything himself but managed to win the 1st International Dax anyway. A victory dedicated to his father. In the meantime everything is luckily ok with his father.

The national winner got the name ‘Bernard’. “Bernard” (B17-3042146) is a small but perfectly built pigeon. Striking is the very pigmented eye. An eye that everybody loves. In a matter of results he already won several prizes per 10 and on the 22nd of June he won the 2nd prize on Argenton in the club.

Whether ‘Bernard’ was motivated in a special way is something Didier couldn’t reply on directly….or yes…it was the first time that his hen was shown on the day of basketing and maybe we have to find there the super motivation to win Souillac.

He is part of a racing team of 52 widow cocks (old and yearling birds) which reside on a very nice and solid loft. In January they could raise a couple of youngsters and before the start of the season there was a second 5-day breeding while they were being trained.
In a matter of feeding they get Beyers. Protein poor (Vandenabeele) in the beginning of the week and later in the week a sports mixtures + candy + peanuts and Energy-Corn.
Medically they are being treated every 4 weeks during 3 days against trichomoniases and against head diseases they only treated 5 days end of May. The racers do get Neobacetracine drops and when they think there is something wrong, they consult vet Pascal Lanneau.

The racing season is finished at the Platteeuws’…the selection can be done but now they have to celebrate their national victory first ! 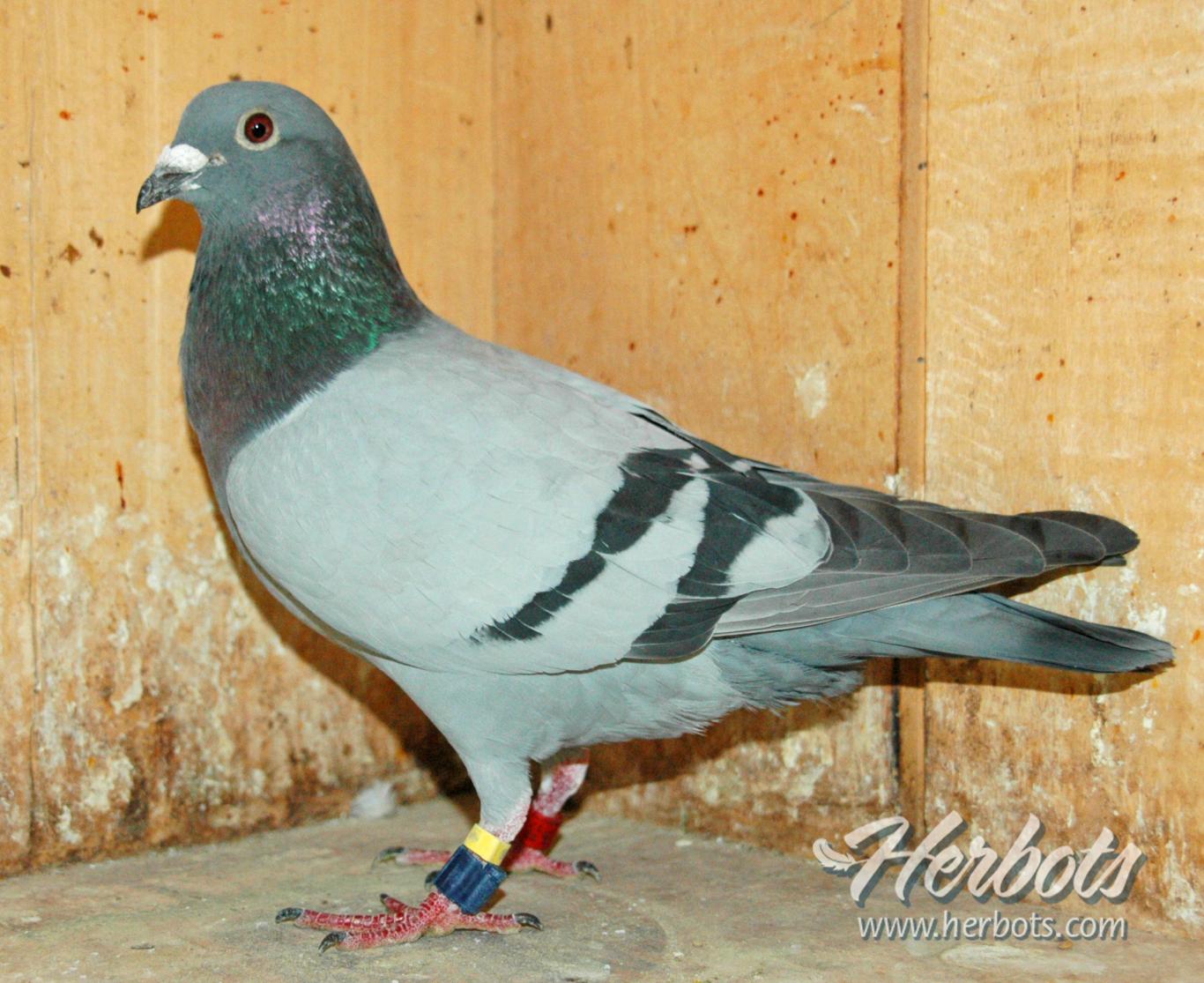 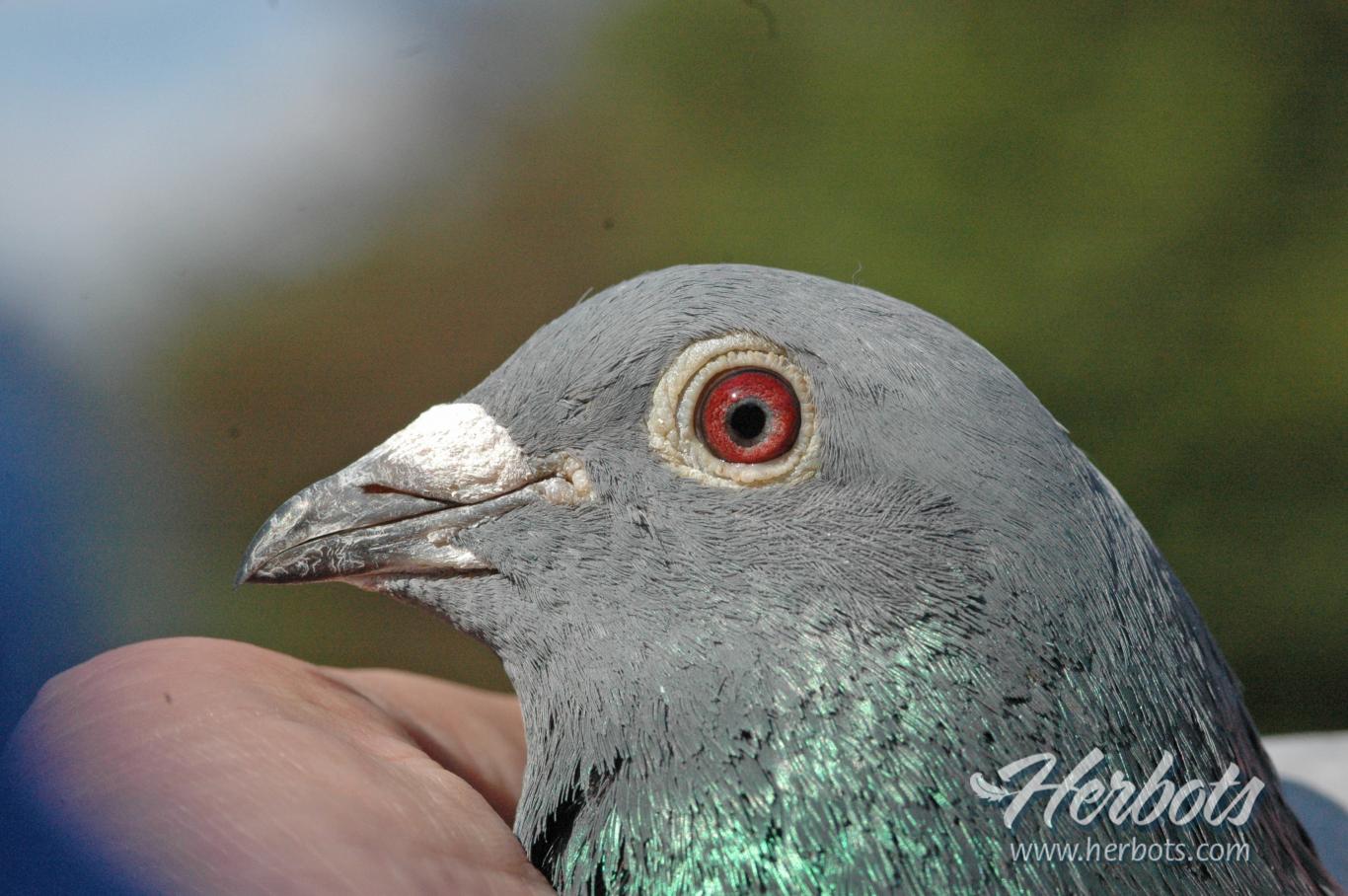 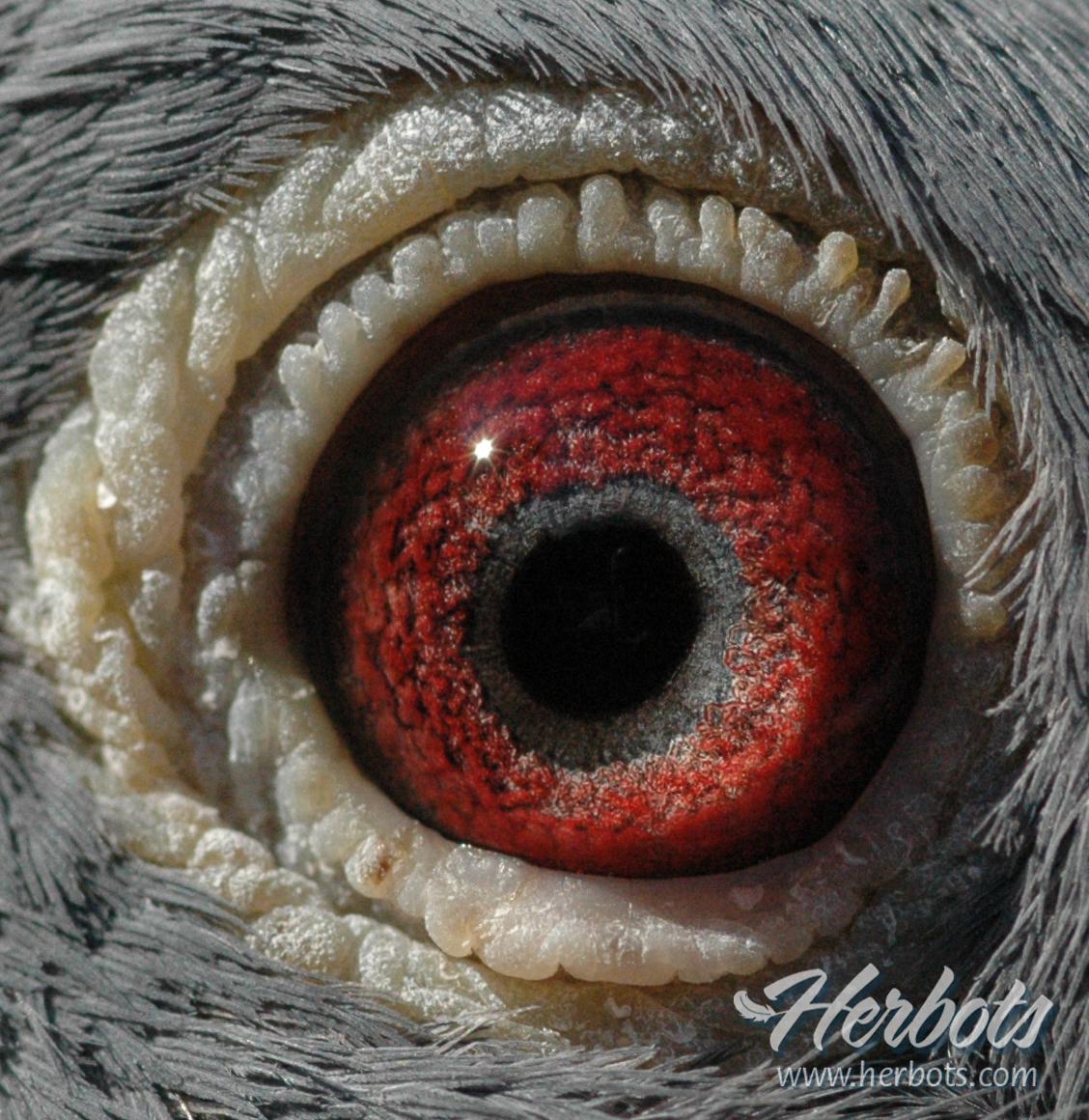 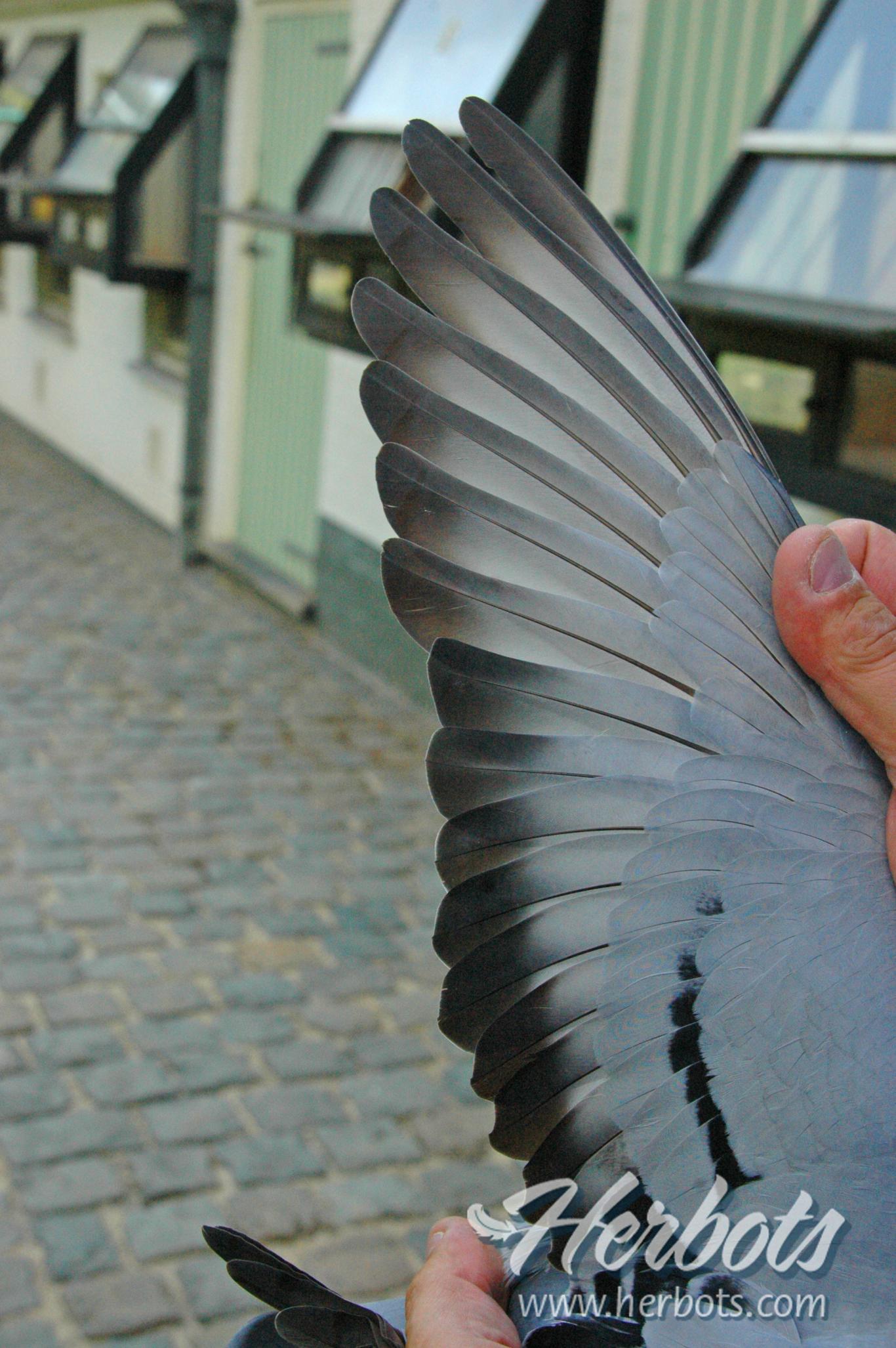 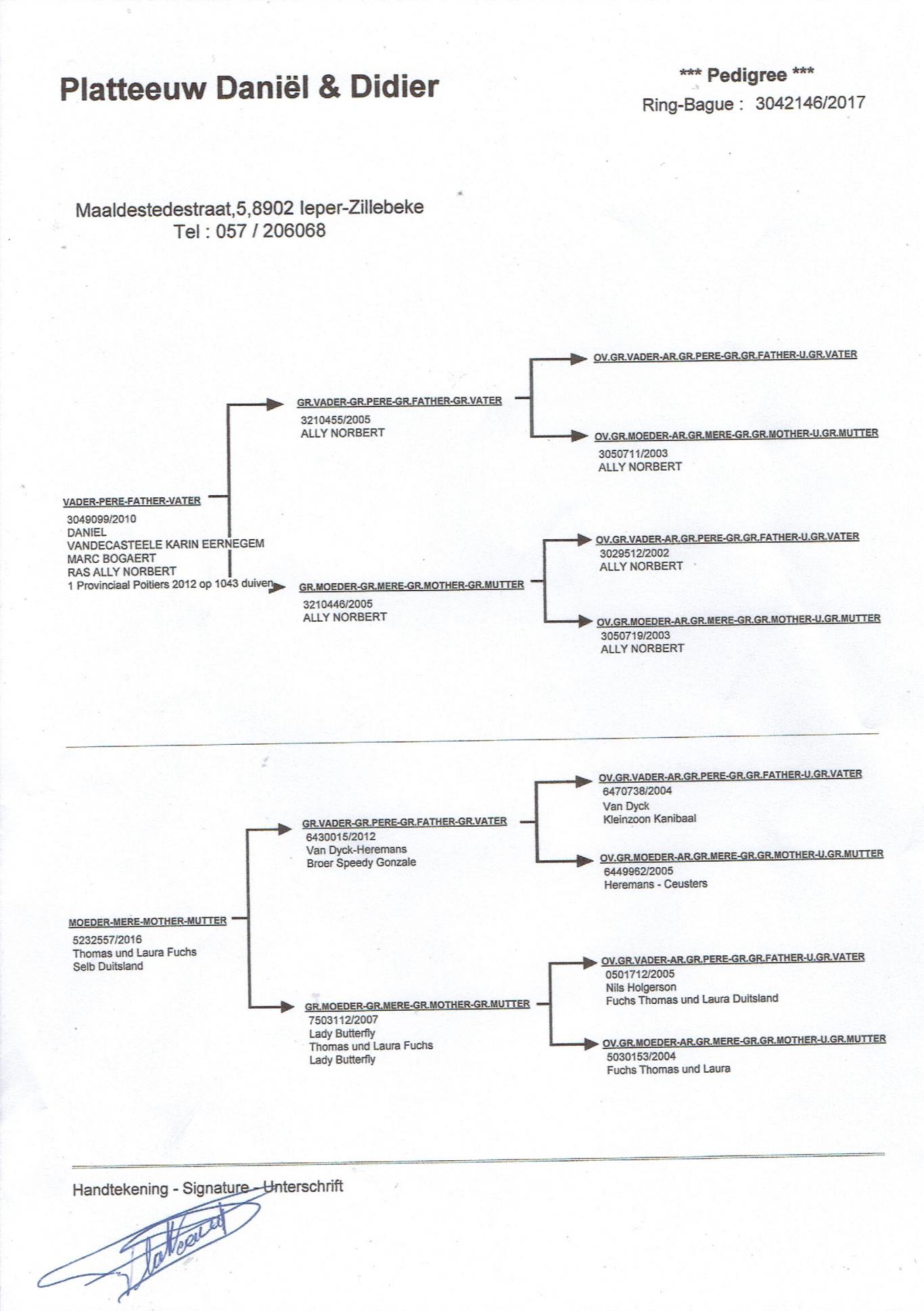 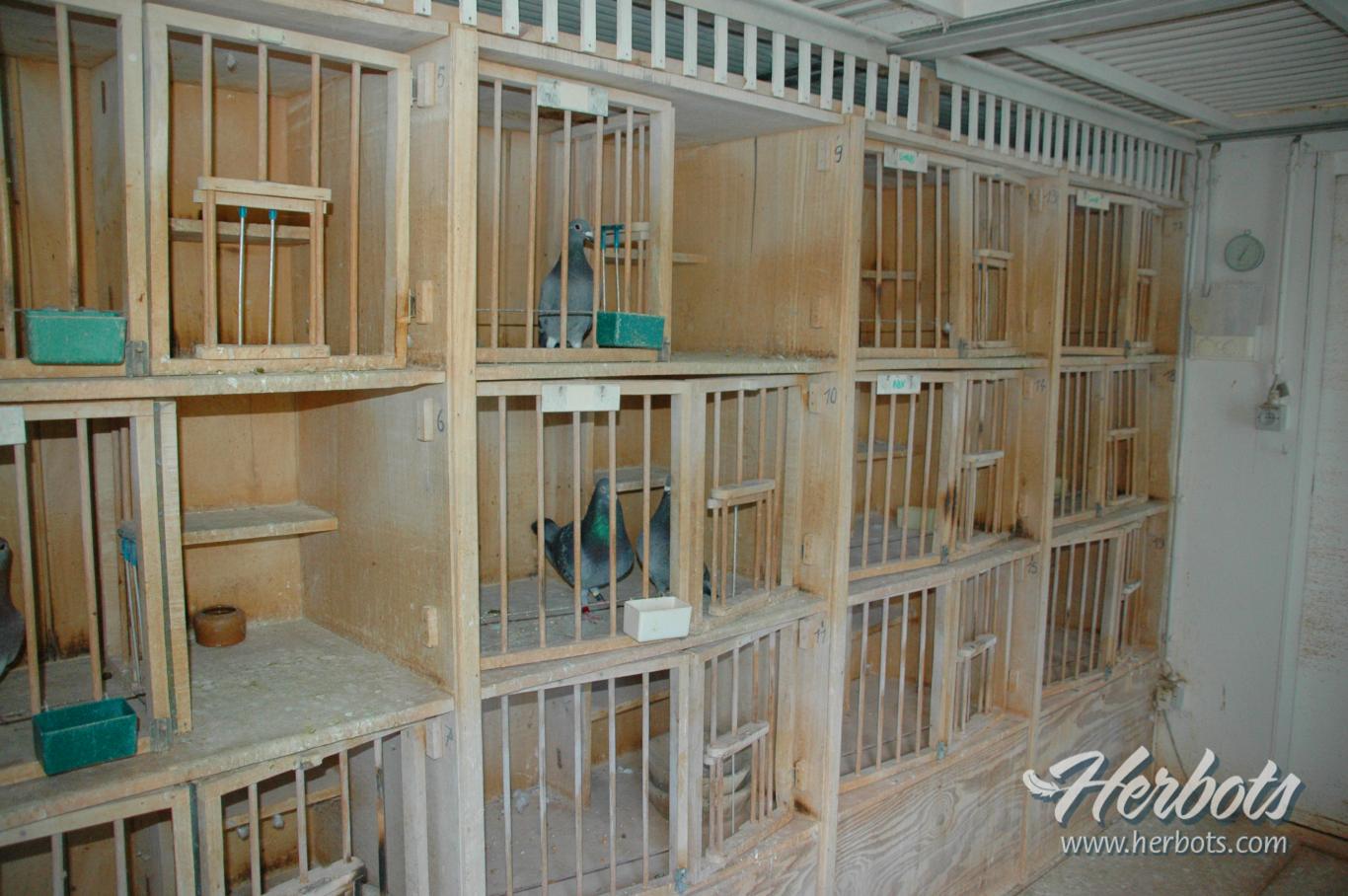 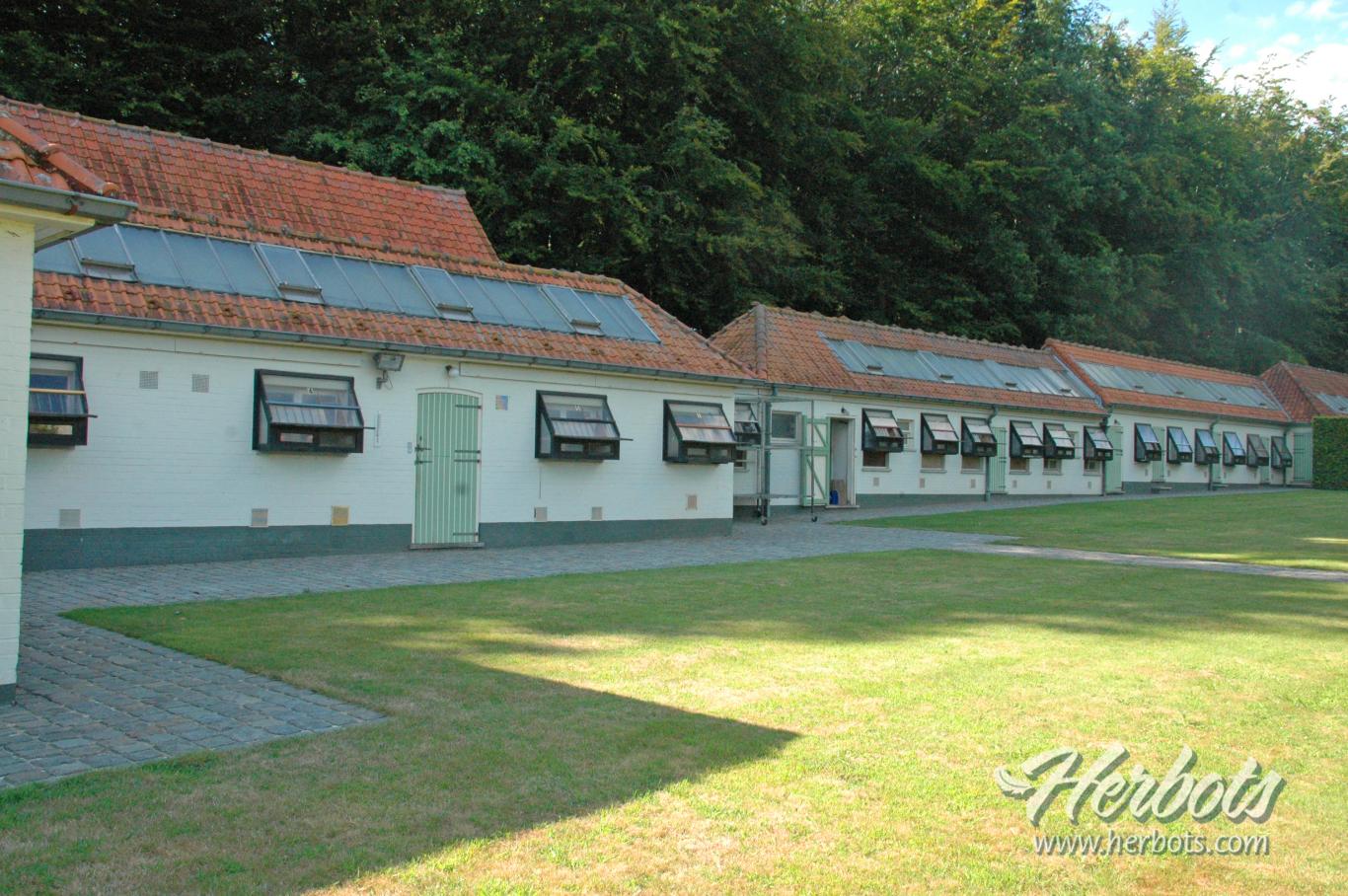