The 3rd Rhone Valley race of the season is every year traditionally Marseille International. This race was released on Friday morning at 6h35 and knew a good course. The first pigeons did about 1,200 m/m and that same day the race could be closed in Belgium. The winner was to be found in the French part of Belgium, in the neighbourhood of Hannut where Jean-Marie Chanet lives in the village of Thisnes. His 2-year old widow cock 1118445/2017 was the fastest of them all and won on the international level the 4th place against 10,029 old birds. A super result of this new muscleman.

Jean Marie doesn’t have many pigeons, on the 4 widow cock lofts you can only find 19 pigeons where off 13 old and 6 year birds. The goal here are the extreme long distance races. The pigeons who normally go to Barcelona did Valence this year. The winner from Marseille on the other hand did Limoges and Pau before he won this national races. It might be a bit too much but as Pau wasn’t a hard race for these pigeons and recovered really fast, he wanted to basket them again for Marseille. Seen later, this was a good decision.

During the Winter period the pigeons have total rest and they don’t have to breed. They only see their partners again around the period of end of February/beginning of March. Then they can breed and the eggs of the best racers are being replaced to the feeding couples.

The pigeons train daily, in the beginning this is once a day and as the season is at full speed they train as much as possible twice a day. But also family is important for Jean-Marie and he likes to take care for his grandchildren. They have to train but it isn’t the most important thing according to him.

In a matter of motivation he doesn’t like to stir things up and so the cocks don’t see any hen before basketing. After the race they can stay together until the next day as from the long distance races to reward them extensive for their efforts.

In a matter of food I don’t make use of a fixed mixture, I have to give what is available in store. Mostly this is a sports mixture from Versele – Laga or Natural. I don’t give other mixtures during the season. In a matter of side products I only give Optimix from Herbots together with Herbosol from Herbovet.

After the races out of Limoges and Valence the pigeons got a cure against trichomoniases, these were the first medicines they got this year. They got a cure against head diseases 15 days before Barcelona and they have to take on the entire season on this.

Jean Marie, a big congratulations on this beautiful victory from the entire HERBOTS TEAM. 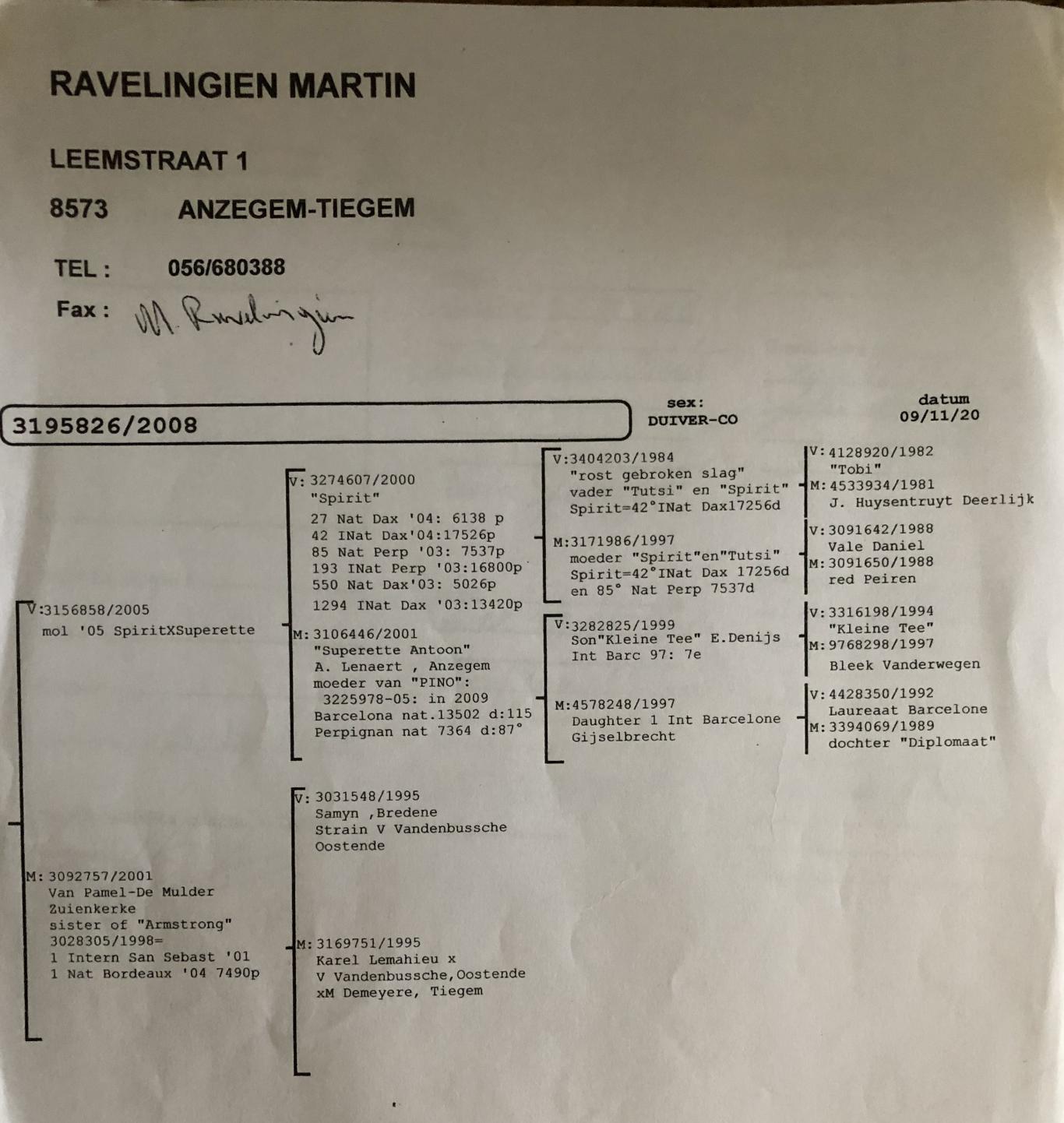 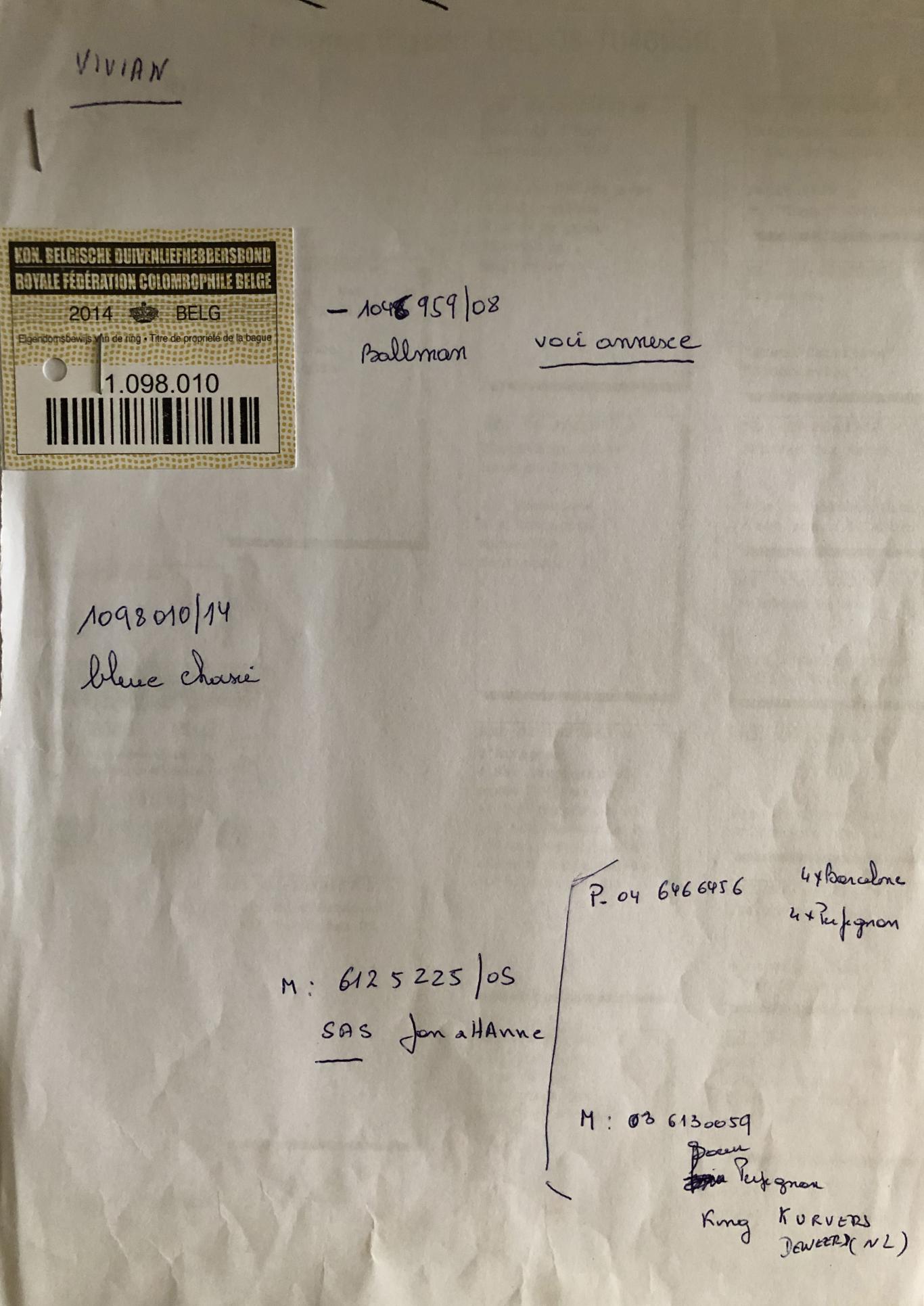