Pulle/Zanhoven: Top fancier wins with top pigeon equals Rik Hermans wins with ‘Chucky’ ! Rik and off course his father Jan don’t need any introduction. Not only as publishers from the ‘Sportblad De Duif’ but also as pigeon fanciers they are internationally known.
Last weekend they again proved themselves on the national race out of Issoudun. The winner in the category year birds and also the fastest of all 19,713b on Issoudun was won by the blue cock ‘Chucky’. But also the other loft mates had the ‘power’ in their wings as they also scored with the 19th and 53rd national year birds and the 27th , 35th , 114th , 154th and 162nd national against 8,248 old birds.

A NEW SWEETHART CAN MAKE MIRACLES

Behind every victory there is a story and this isn’t any different at the top result from ‘Chucky’. “Chucky” (B18-6194572) isn’t a ‘normal one’ ! As youngster he already showed his class by winning the 4th National Ace bird Short Middle Distance KBDB youngsters. To be able to win this title he won 1st Melun 1,561b. – 3rd Chevrainvilliers 1,727b. – 12th Melun 1,784b. and 14th Melun against 1,529b. . In between he easily won prizes per 10 on National Bourges and on the last national race out of Chateauroux he won 1st in the club against 291b, 45th national against 12,855b. Rik: ‘After a season like this you hesitate of putting a cock like this on the breeding loft. After a long discussion we decided to race him as a year bird as well. Good that we took this decision as on the 2nd national race 2019 out of Bourges he won the 8th national against 17,969b.

Rik continues:’ I have 20 racing couples that are being raced according the total widowhood system. The training starts in March and in April they have their first short distance races. On the 14th of May ‘Chucky’ won out of Melun the 50th against 4,000b. The weekend before Bourges all the cocks stayed home and this break did wonders as he won as mentioned before the 8th national on this race. But this Bourges also had its downside as his partner stayed behind. And at the same moment I made the mistake by taking down 2 shelfs from the loft and the results from ‘Chucky’ weren’t that great anymore. After national Montluçon I went to talk to Rob Hoekstra. He advised me to give a cure against the head diseases and to also give a tricho and cocci pill. The pigeons got rest after the national Montluçon and only needed to do 2 training races, one on Sunday and one on Wednesday out of Vilvoorde. On Sunday all the couples could stay together for a few hours but on Wednesday they were being separated immediately. “Chucky” already managed to lead another hen into his box and on Thursday (day of basketing for Issoudun) I also opened the former box of that hen. I also placed the two shelves again and that is something that ‘Chucky’ noticed immediately. A new lover and a new box made miracles happen and ‘Chucky’ arrived in his known style as first on the shelf, good for the national victory. 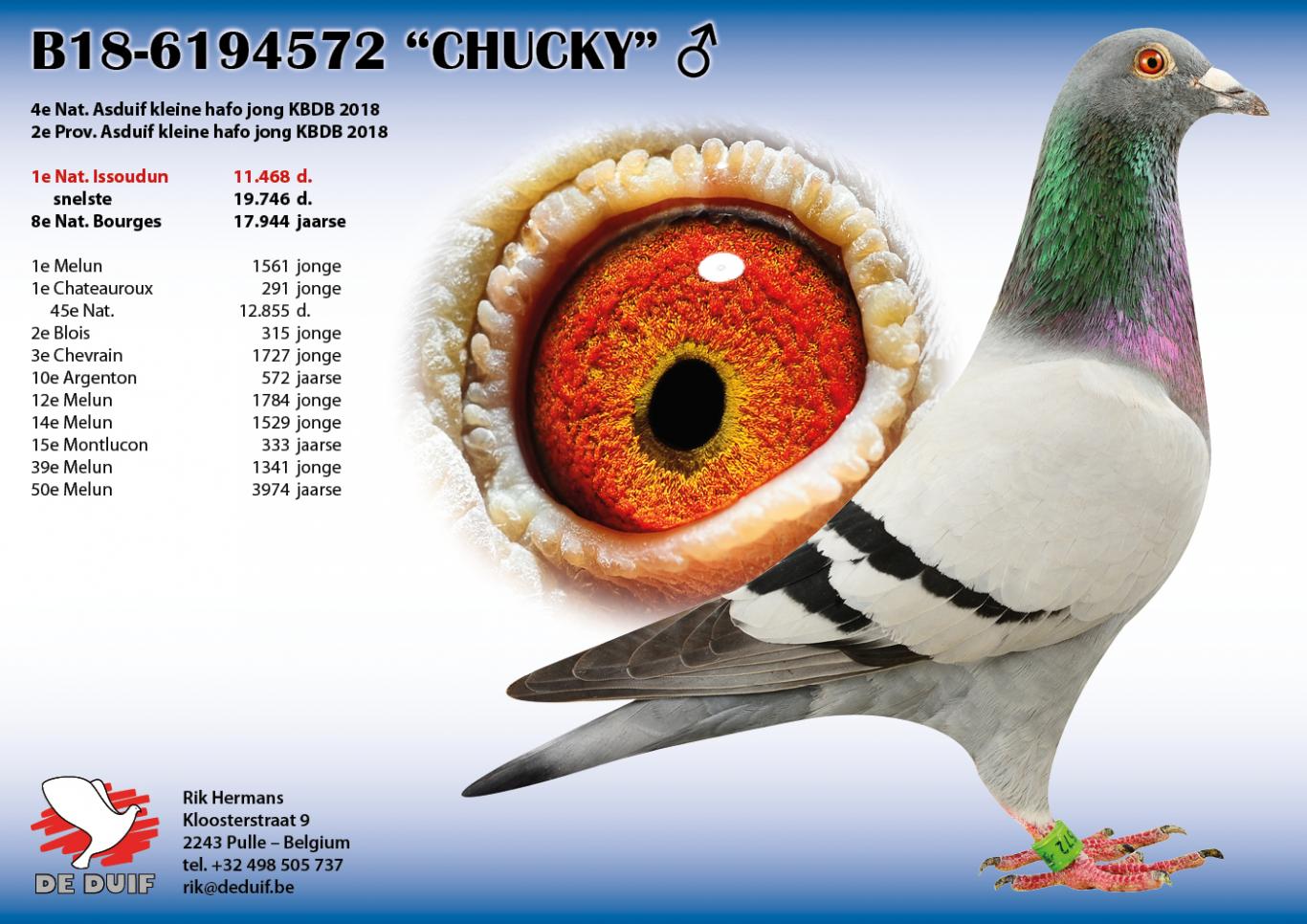 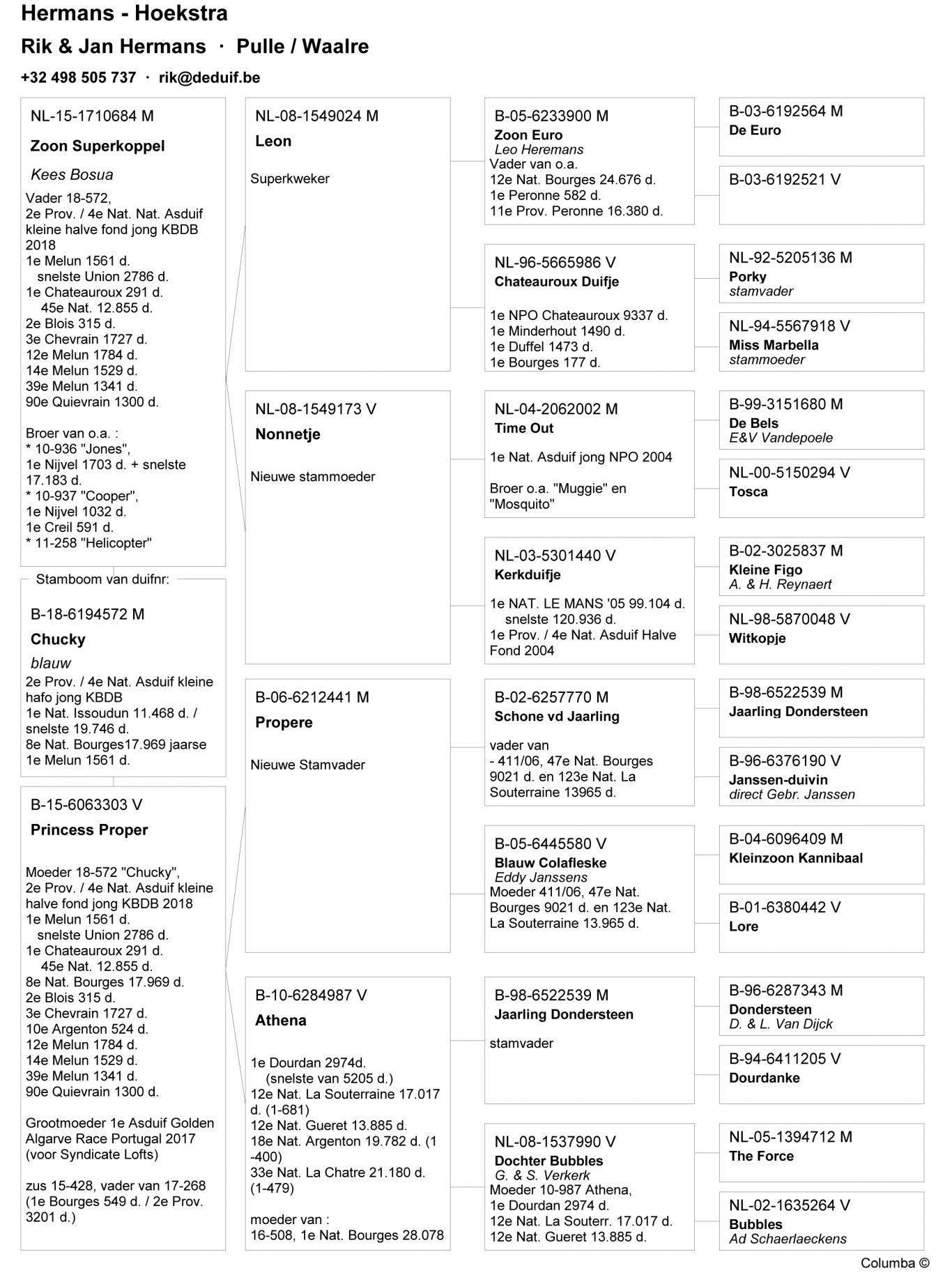