A few years ago they already stunted with the young birds, they won 1 + 2 National La Souterraine young birds. Now this national winner is a daughter out of a full brother of the national winner La Souterraine! Golden blood at the loft of Erwin Schepmans from Grazen. He is known as a fancier with a small basket but the once who can beat him know that they are early. He won 14 days before Bourges the 11th and 31st National Issoudun with only 2 pigeons basketed. In this region they aren’t surprised anymore of stuns like this as they know what these pigeons can do. Now this national winner is also a special one, 2038603/2018 only raced short distance and middle distance and goes in against all rules ! Small youngster are normally small prizes but she proved by winning last week the 1st against 562 old birds on Soissons. The other hens were already on a better position as they had their eggs earlier as her. Off course is was a good sign that she won this Soissons before 2 loftmates and showed that she was in top condition. So she went along on Bourges with the known result as a consequence. A youngster of 8 days old and a marvellous result on top.

Both cocks and hens

The racing team exist out of 40 racers, 24 widow cocks and 18 hens. Everything is being raced on the classic widowhood system and the cocks could raise a couple of youngsters in Winter. The hens only got rest, rest and some more rest. They didn’t even know their partners when the season started off. There were also only 10 cocks to motivate the ladies but some competition can be ideal as a motivation sometimes.

The first cocks were shown on the 1st short distance race in April and so Erwin build on slowly towards middle distance.

They trained daily once a day, mostly in the evening, but heavy training isn’t something they do over here. When I’m able to hold them up in the air for half an hour it is already super for me !

The hens reside in aviaries in front of the loft so they can’t pair up amongst each other. Now they were being coupled beginning of July to race on a nest position as the eager to train wasn’t anymore what I wanted. Then I tried on nest and it worked. The hens couldn’t train at home anymore and were tossed 2 to 3x a week on 15km. As they had late youngsters sitting in the aviary now they couldn’t sit their either anymore and so guarding their nest was their only goal. Or how everything can fall into the right pieces.

The feeding schedule is very simple, at arrival and the following two days they get Recup from Anthoons. The next three days before basketing it is Galaxy Sport from Beyers. During the week they get all sort of products from Herbots and Herbovet, ao. Zell Oxygen and Optimix, Extra Forme and Aminovit.

Also the medical guidance is under supervision of Raf Herbots from Velm and the pigeons were purified before the season. Afterwards they had to interfere once but that has been already 7 weeks ago. I went for a check-up 14 days before Bourges and got the advice to do nothing, they had showed their good condition and that’s it. Only against trichomoniases I try to keep everything in control with help of the yellow drops from Raf. I put them once a week in the drinking water and once a week in their beak.

Erwin, a big congratulations with this fantastic victory from the HERBOTS TEAM and we are sure this isn’t going to be the last one. 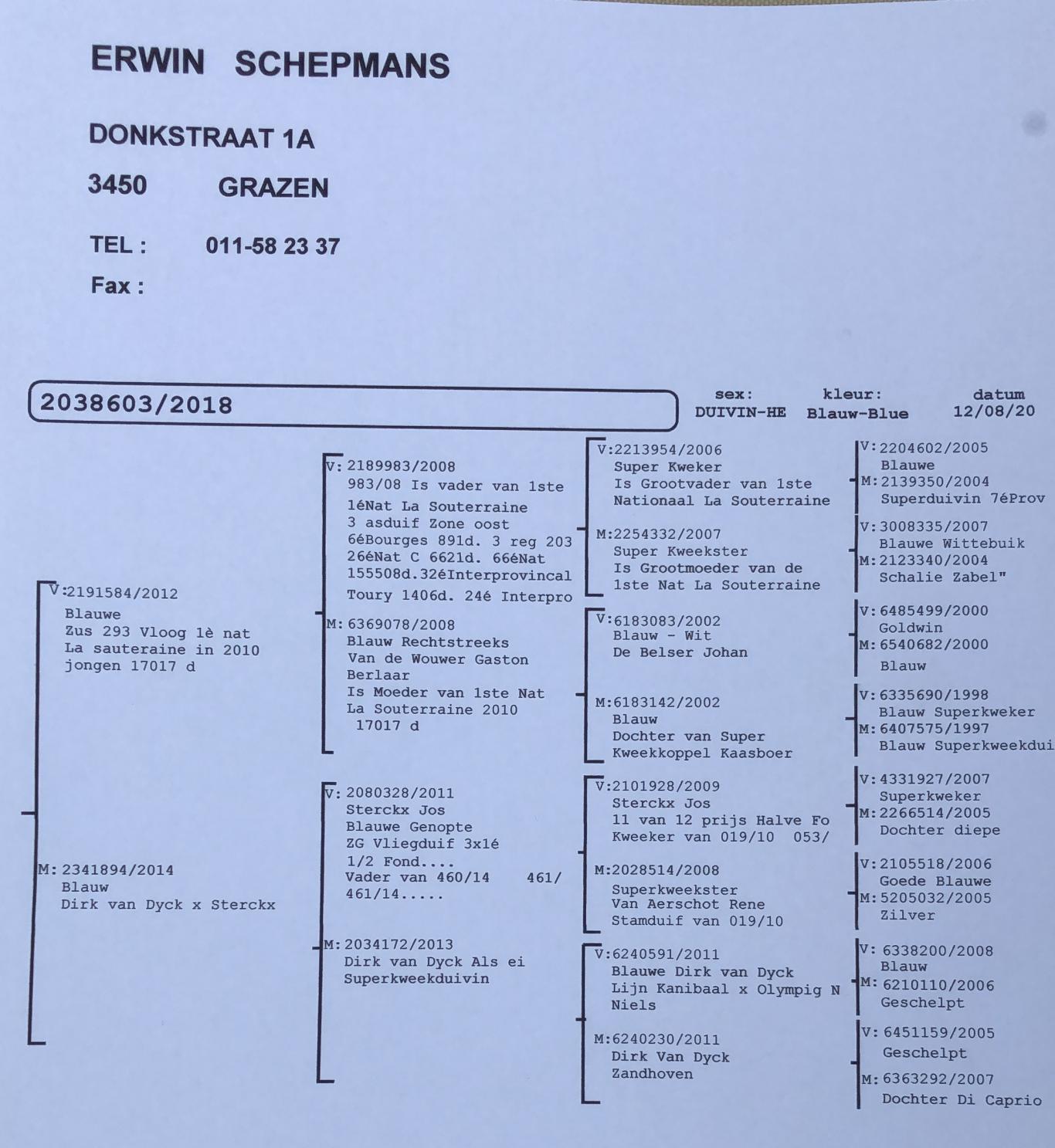