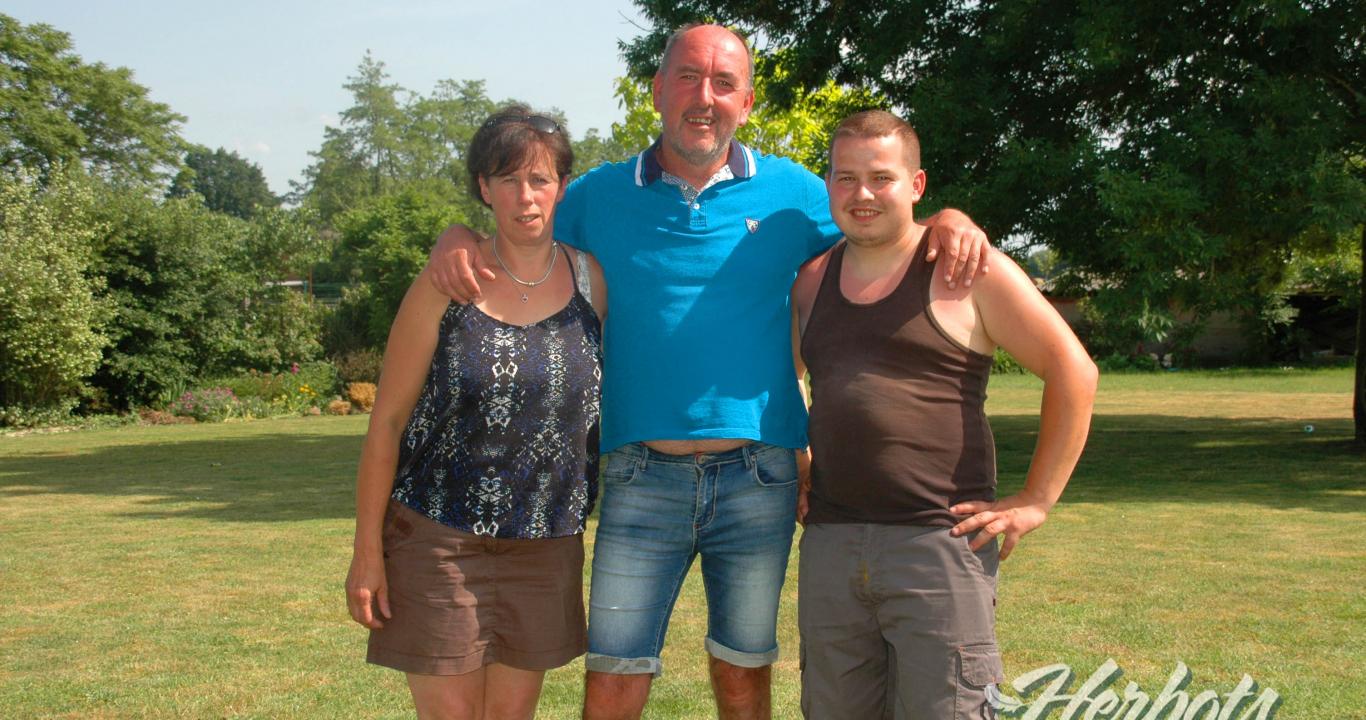 This combination was formed in 2011 and is being formed by Reinald Delaere, his wife Marie-Christine Dewispelaere and their son in law Kevin Druart. The tasks have been divided amongst each other perfectly to be able to take care on a daily base of the 100 widow cocks, 54 racing hens, 31 breeding couples and about 200 young pigeons. Everyone carries out their tasks highly motivated and it doesn’t surprise us a lot that results are being set on this loft.

Famille 3D has one goal only and that is to shine on the national races from the greater middle distance, long distance and to the extreme long distance.
The base of this colony is 90% Erik Limbourg - blood. A big part direct pigeons and another part through Marc De Cock and Koen Van Roy. The other 10% are from Ivan Baetens and Fabrice Carlier.
Shortly mentioned…they formed a true friendship with Erik Limbourg and Patrick Draye. They have a lot of contact by phone and every year Erik and Patrick couple the breeders at the Famille 3D.

National Bourges winner is the 3-year old hen “Beatrix”. “Beatrix” is of the smaller type but perfectly build. Her father is an original Deno-Herbots cock (grandson “Ginamillion” and “Dreamerke” – Vandenabeele). On mother’s side we have a direct Jean-Claude Debiève hen.

“Beatrix” is part of a 54 headed hens team. During the winter period they stayed in an aviary and are being fed according the feeding schedule from Beyers. On February 2nd they were being coupled. They could breed for 10 days and after that the widowhood was a fact. On April 6th they had their first race (90km) and since then on they went onto a race weekly. The week before Bourges the hens performed extremely well on Vierzon Interprovincial. An omen for their top shape !

The hens train twice a day. In the morning from 08h30 until 09h30 and in the afternoon from 15. h30 until 16h30. When necessary the flag is being raised but Kevin told us that the hens trained for 45 minutes without any problem and that only the last 15 minutes needed some ‘pushing’ to keep them in the air. That the super shape was there was shown a last time on Thursday morning (day of basketing). They trained like hell non-stop for 1h15min. ! It was the first time that they trained this hard.
The hens are being basketed as quiet as possible. On the day of basketing they don’t get to see their nest dish neither their cock.
In a matter of feeding they follow the schedule from Beyers and medically they consult a veterinary once a month.

Reinald, Marie-Christine and Kevin… once again a big congratulation and good luck for the coming races !