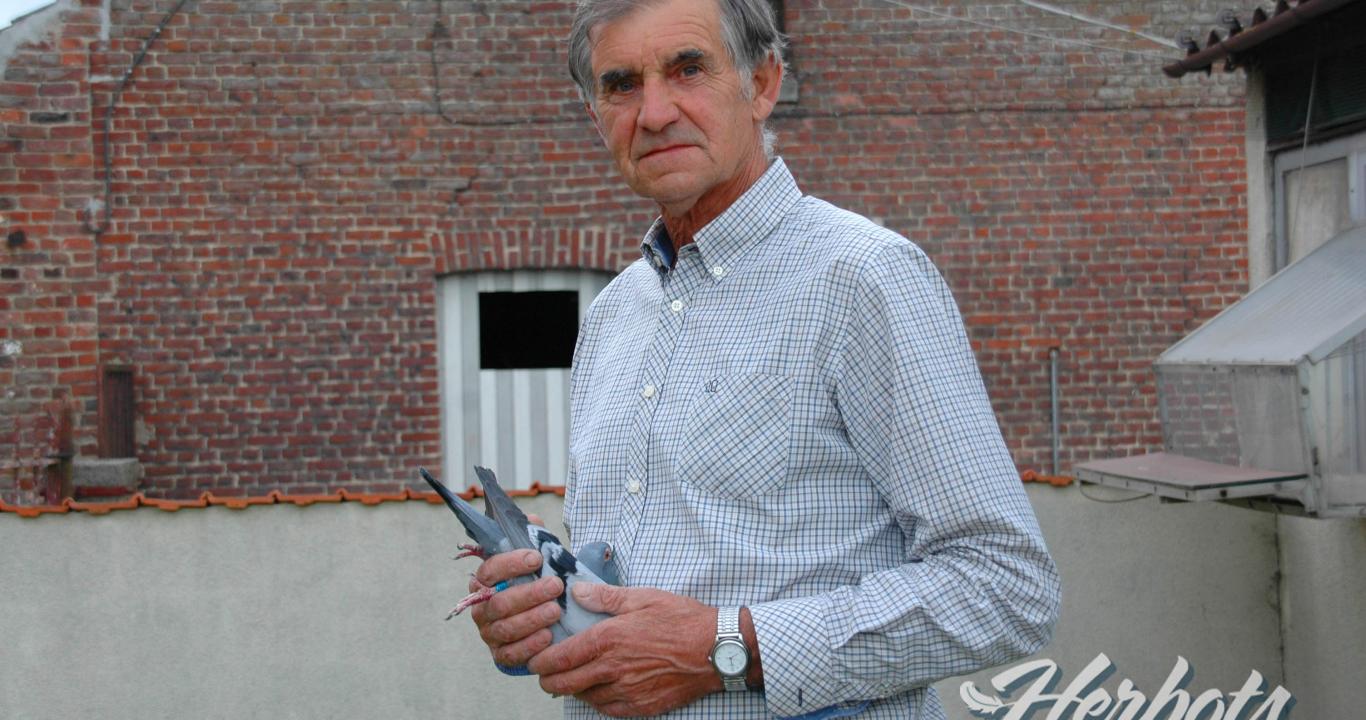 Zwevegem: After his national victory in 2010 on Chateauroux, Norbert Sierens managed to get another national palm. Now he can celebrate the national victory out of Argenton against no less than 11,825 old birds. His “B16-3072410” went into the basket as 1st signed old bird and he didn’t disappoint as with a lot of ‘grinta’ he won the national race. Norbert: “I just saw on the computer that the front side of Belgium clocked pigeons and when I went to the lofts I saw him diving onto the shelf. You immediately senses that this is an early one. On the screen of the electronic notation it said 13h 38min and 27sec… good for an average speed of 1,227.83 m/m.

Norbert is not an unknown fancier within the national pigeon sport. Until the season of 2010 Norbert formed a combination with Luc Van Den Broecke. They became world famous in 1995 with their national ace bird Long distance KBDB “Driebander”.
The base of the Sierens colony was set in the eighties and this with pigeons from Bros Gebroeders Santens (Oudenaarde), Roger Vereecke (Zwevegem), Lefevre-Dhaenens (Zulte) and Delrue (Bovekerke). These were being spiced with pigeons from Norbert Ally (Aarsele), Vandenabeele Gaby (Dentergem) and more recent De Saer Rudi (Ruiselede). The mother of the national Argenton winner is a direct De Saer hen.
Norbert started of his season with a team of 32 old birds and 25 year bird cocks. These reside on 6 different departments. Only the old widow cocks had a winter breeding  - the year birds didn’t – and after they raised a couple of youngster the hen was being removed. Normally there will be a second coupling the beginning of April and can breed for 2 days, but this year the hen only came onto the loft for 2 days and didn’t breed a second time. The reason that Norbert changed his system is that he saw that his cocks put too much energy in the pairing up…they didn’t take their time to eat and some of them waisted to much energy even before the actual start of the season.

Norbert has normally much difficulties in changing something to his system. He used the Vandenabeele mixture as a base and when the basketing date approaches they get a sport mixture in time.
He hardly gives any side products unless the weekend that they stay home they get during three days a huge scoop of glucose + electrolytes in the drinking water.
Every fortnight they get Tricho Plus against trichomoniases and against coxidioses will only be cured when they see a contamination in the manure. Against ornithoses they gave a 5 day cure with Soludox to the year birds. The old birds didn’t get a cure as they performed well.

The national Argenton winner is the “B16-3072410”… a guy with a strong character, a wringer by hand. Average size with a bit of a fainter back but with a marvellous wing. Whether the winner was motivated in a special way? ‘Not that I know of’ says Norbert ‘as always the cocks get to see their hen for a short period of time before they take off and that’s it. He is a guy that had proved himself before though by making the head of the results list as a few weeks before he already won the 5th Interprovincial Chateauroux against 5,904b and as a year bird he already won a 99th National Chateauroux against 26,695b. So he surely isn’t a one-day-fly!’