On the 1st Semi-National race out of Vierzon immediately more than 14,000 pigeons were entered. Due to the unfavourable weather on Saturday the pigeons were released on Sunday morning and speeds of 1,700m/min and more were being noted down. The winner is a yearling hen from Willy Vos out of Tielt-Winge in the province of Brabant. His hen was the fastest of all yearlings but also the fastest against all 14,522 pigeons that were released in Vierzon. For Willy and his helper Bob another nice reference after also winning a 1st out of Melun against more than 2,000 pigeons knowing their condition is more than ok.

With only 9 hens that came at the start of the race or how it is proven once again that also the small fanciers can still win. They have an iron strong regime and they only have room for the ones that race on a regular base to the head of the race. They don’t like one off’s.

The hens didn’t do a winter breeding and were in fact only coupled twice during 2 to 3 days to get to know their cock. This was beginning of March and then once again during training. During daytime the hens are in a small aviary and can train once a day. In the evening they come in on their resting loft where they reside on chapels and have elastics on the floor.

At basketing the cock isn’t being showed, the hens can go into their breeding box where a nest dish is being placed. They can stay here for half an hour before they are being basketed. At arrival they always stay together until the evening.

Do you train your hens a lot or not?

No, absolutely not. Nor in Spring nor now. When we are able to keep them up in the air on a daily base for 10 to 15 minutes it is a lot. Many roads lead to Rome and success. Here the proof, the hens train once a day in the morning after the widow cocks and that’s it. 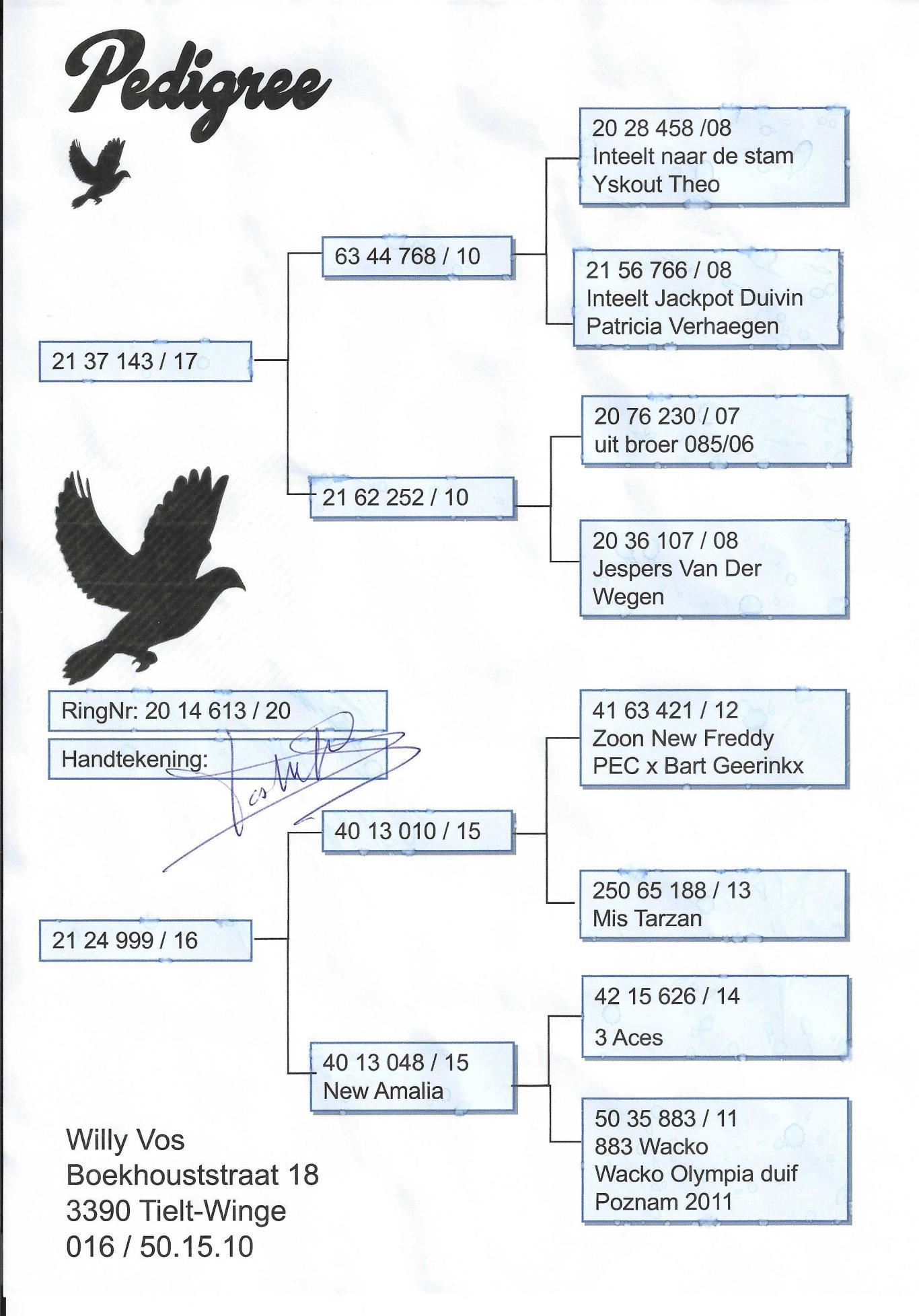 Which kind of support do you give ?

We follow entirely follow the Aïda schedule where the racing mixtures Mix 1 – Mix 2 and Mix 3 are being given. The last 2 days we only give Mix 3. Aside this they also get all the supplements from Aïda during the week.

Our medical story is something we can be very short about, until now they didn’t get any cure against head diseases or trichomoniases. They only get a yellow drop in the beak on Sunday evening. Bob is an advocate of keeping the pigeons as close as possible to nature.

A big congratulation on this beautiful victory from the entire HERBOTS TEAM.