Van Elsacker-Jepsen (Schilde) win 1ste Sermaises 3,735b and fastest of Antwerp against 13,586b

The second middle distance race in the province of Antwerp was from a new location namely Sermaises (FR). For the top colony Van Elsacker-Jepsen this is for a distance of 369km.  That they have been top for over 30 years within pigeon sport is what they still proved to be the past weekend.

With their top racing hen 'Glory' they won the 1st Sermaises (369km) against 3,735 old and yearling birds in Union Antwerp and was also the fastest against a total of 13,586 basketed pigeons in the province of Antwerp!

And as icing on the cake a full sister of 'Glory' won the 6th Sermaises (369km) against 3,735 old and yearling birds in Union Antwerp.

BE19-6055036 'Glory'  won last year as young pigeon eventhough that youngsters aren't the main goal at the Van Elsacker-Jepsen loft:

Her full sister BE19-6055331, who was entered on the race out of Sermaises as 1st signed already won this year:

Both are granddaughters to  BE14-6201074 “Beyonce” – 5th National Ace KBDB middle distance yearbirds 2015 who won herself twice the 1st prize within the Union Antwerp and is co-winner 'Gouden Duif' Middle Distance May 2015. 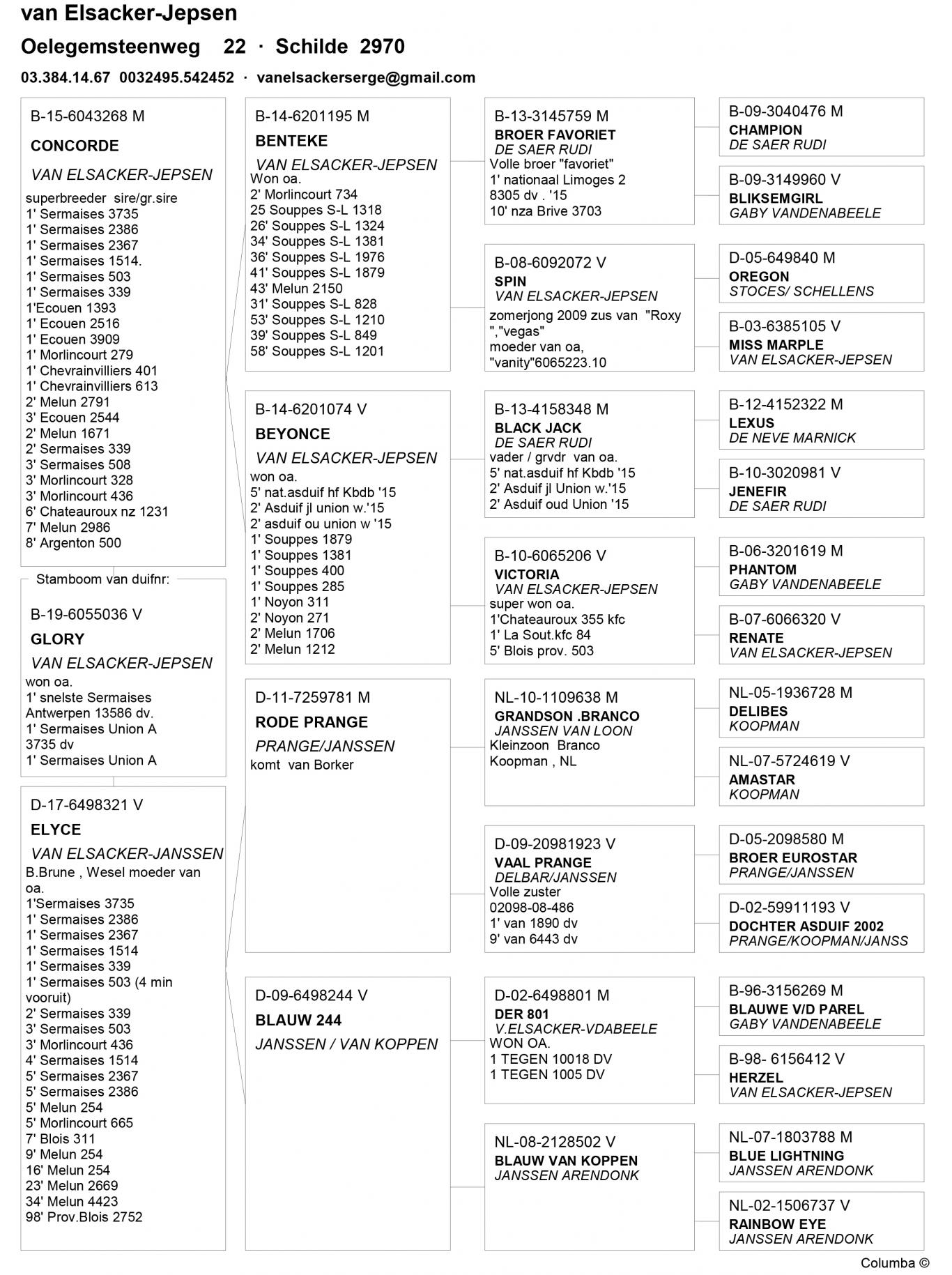 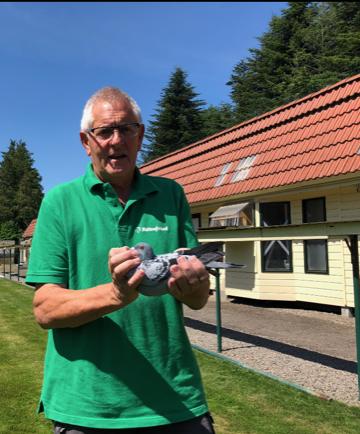 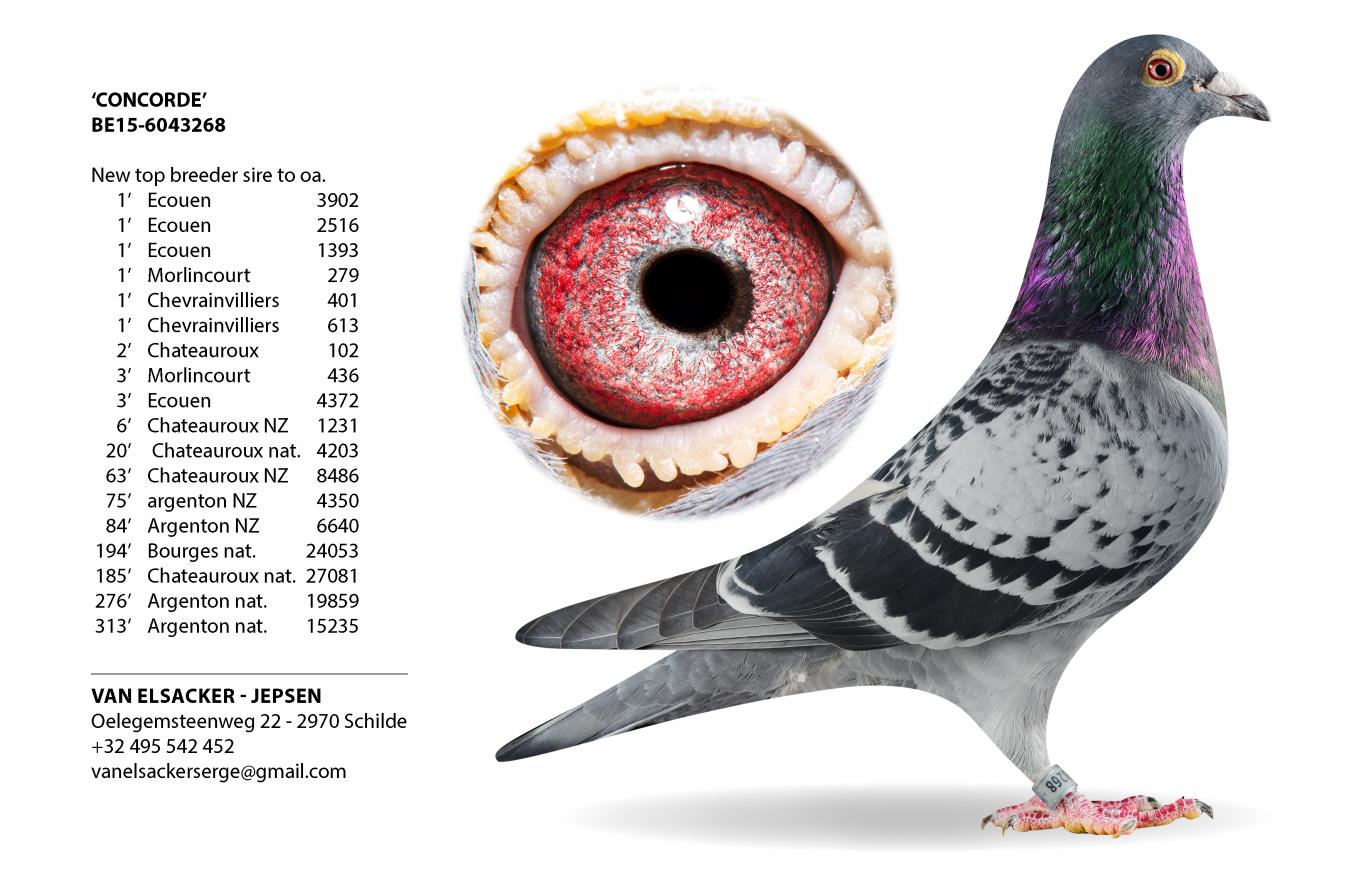 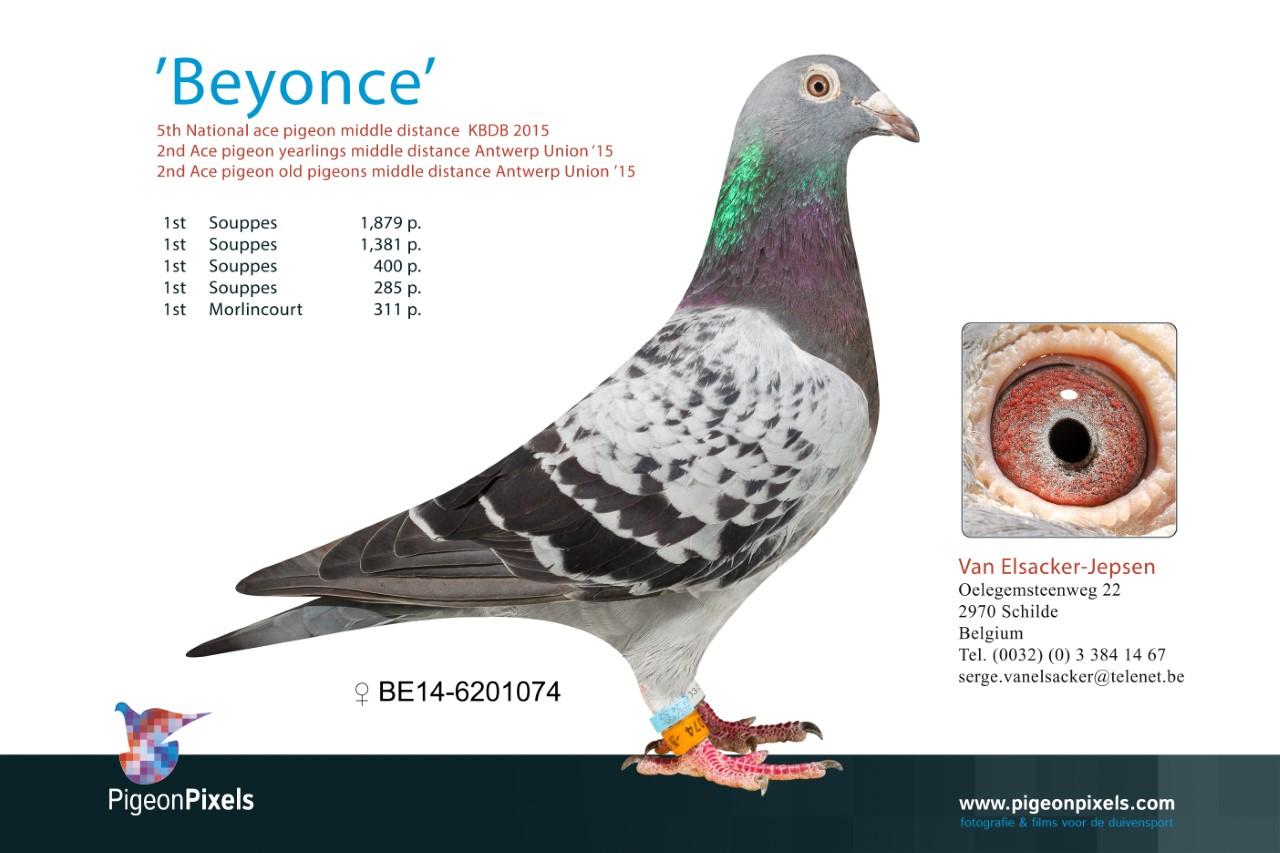 Serge & Kristin, a big congratulation on this win and we like to wish you a lot of success on the coming races!