Achthuizen: Bloemstraat no. 7 in Achthuizen... how much pigeon history has already been written there. Rinus, Ad and Sonja do not need an introduction anymore. Their colony is internationally known too. Known for the performances on the (inter)national marathon races but also known for the many successes that other fanciers achieve with the Hagens birdss.

The art in pigeon sport is not to get to the top but to stay at the top and our sympathetic Hagens brothers more than succeed in that. In the 2020 season they clocked no less than 16 prizes in the Top 100 national. The high-class of the Hagens birds was predominant and this predominant class they underlined once again on Barcelona edition 2021. 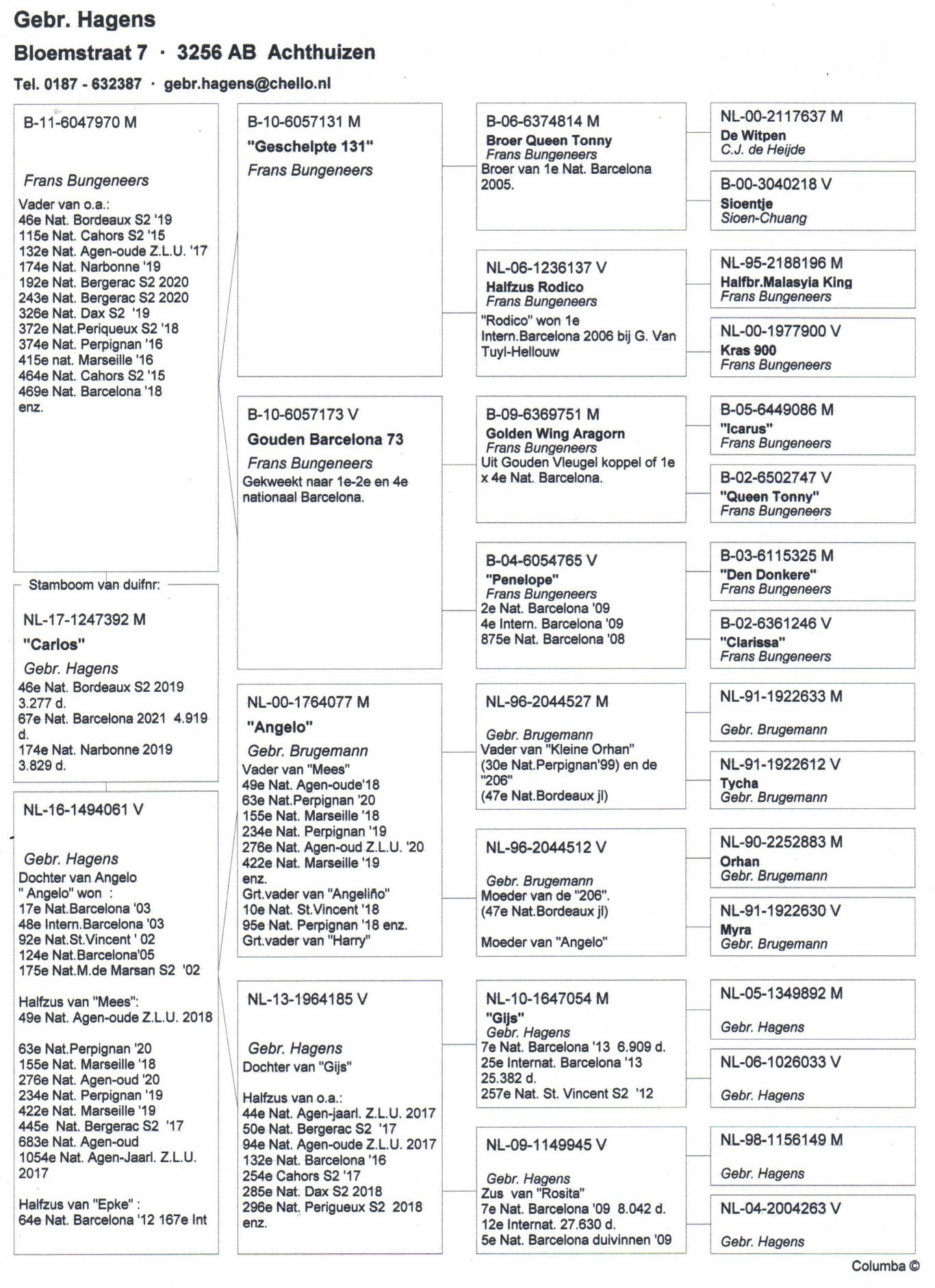 Some 19 minutes later, 10h09min, pigeon "Lillibet" (a granddaughter of "Angelo", “Gijs” and inbreeding "Penelope" Bungeneers) registered. Good for the 100th prize national against 4,919b. 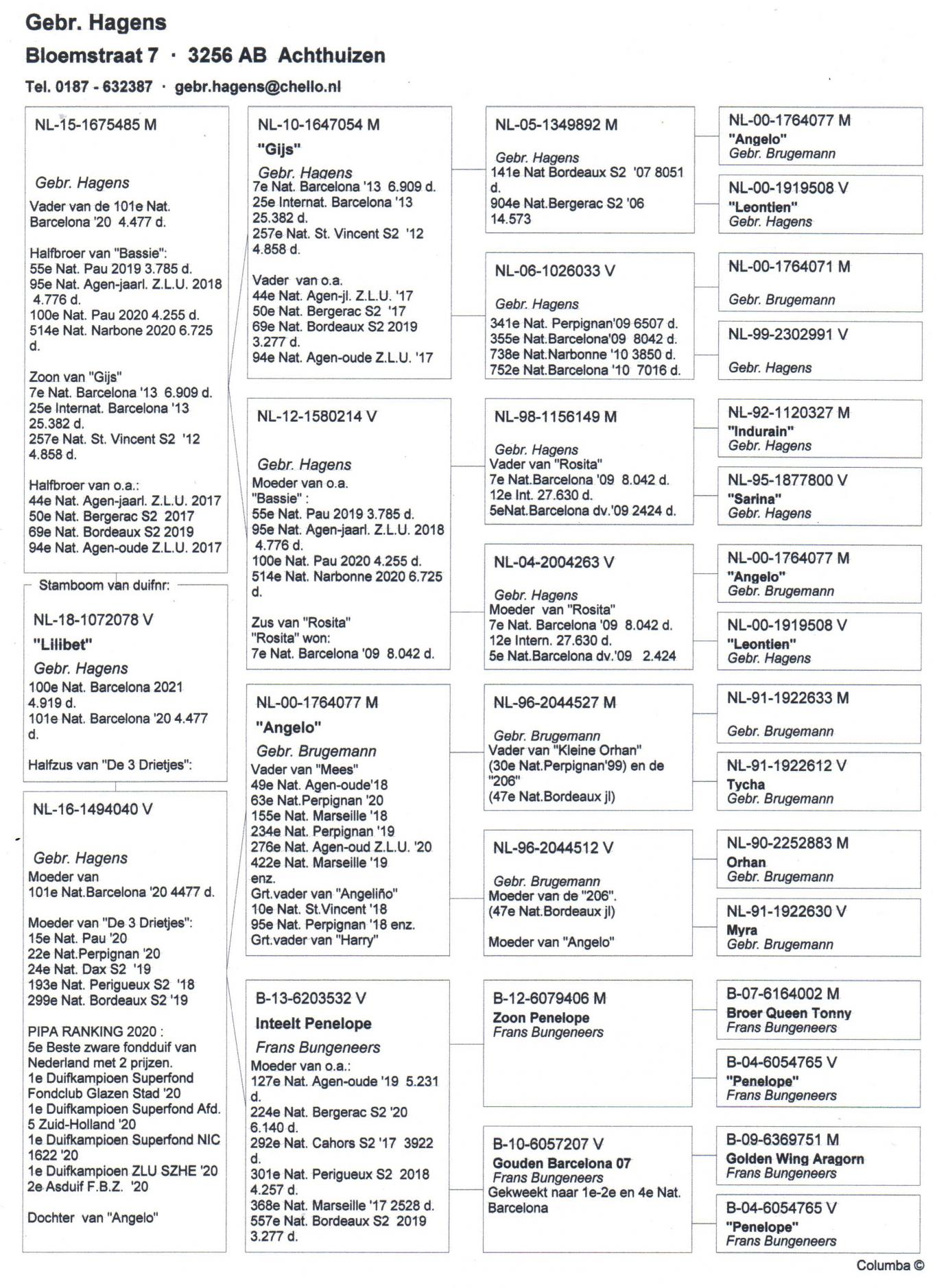 The third Barcelona flyer was "Lionel" (a grandson of "Angelo" and "Zoon Seppe" - Arjan Beens), good for the 143rd prize national 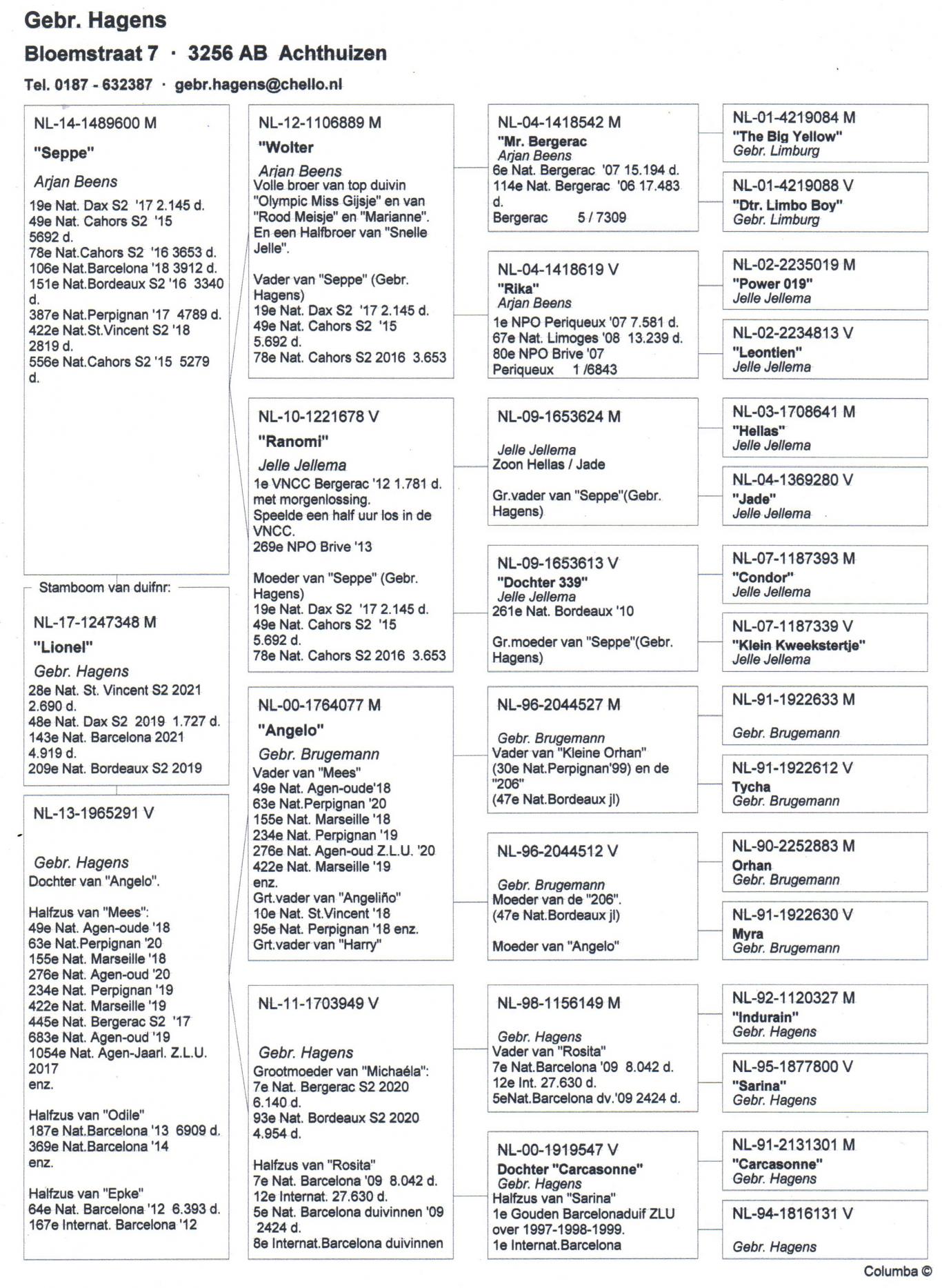 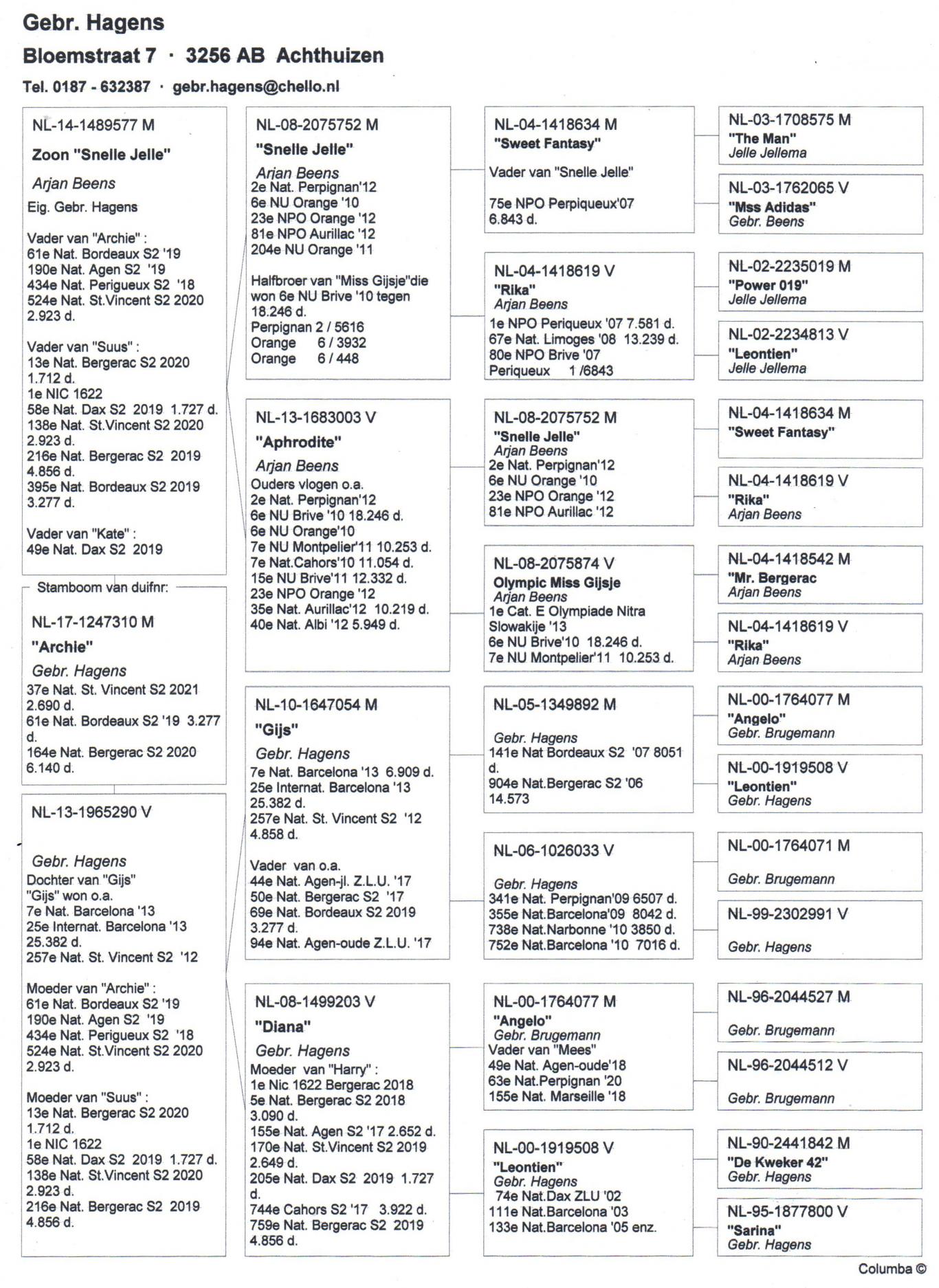 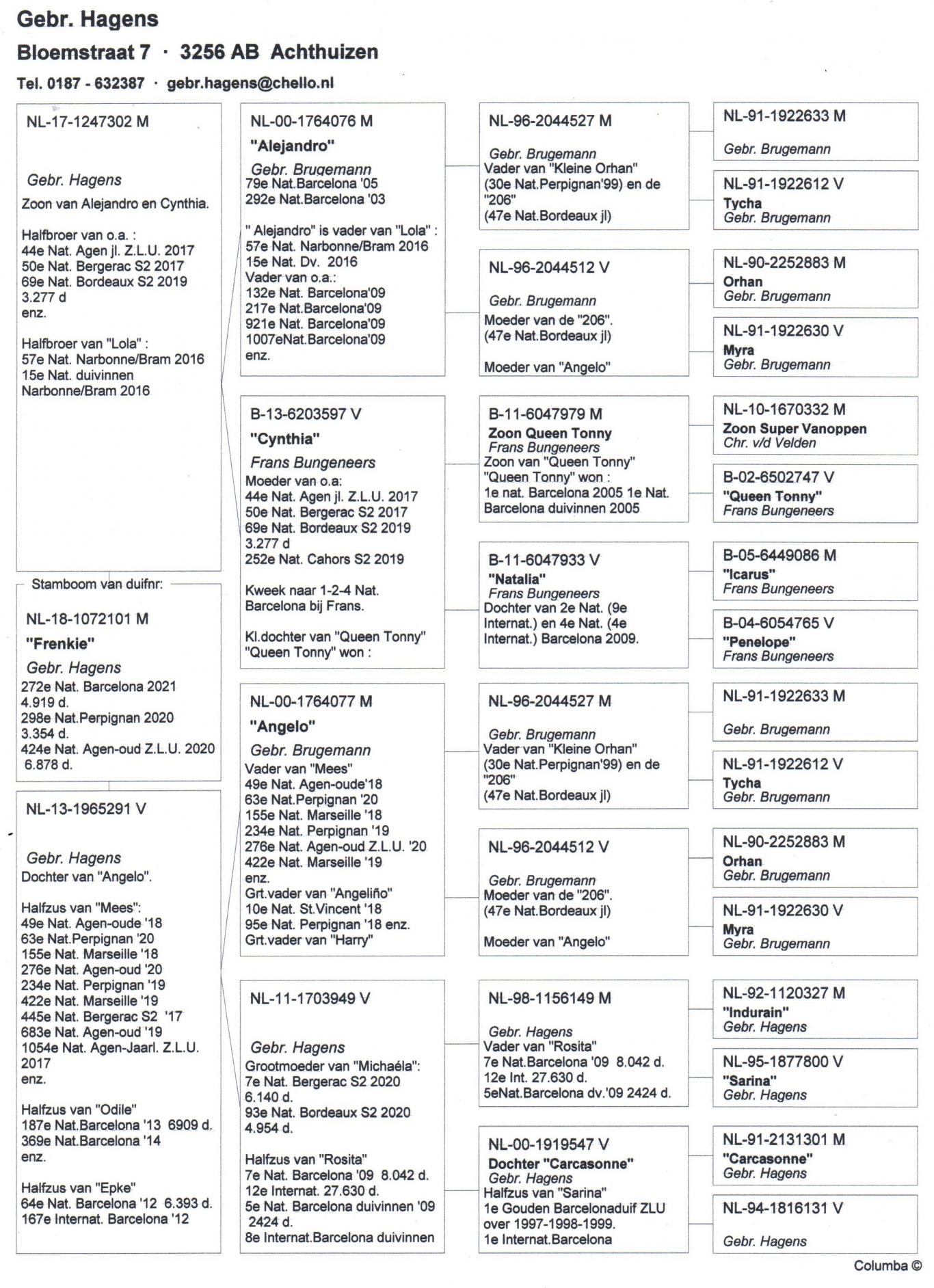 When the 8th pigeon of 9 basketed Barcelona racers was registered on Monday afternoon, the clock still showed only 14h05min and 24sec. At that moment a lot of participating fanciers were still staring into the sky.

A miraculous result on this distance. 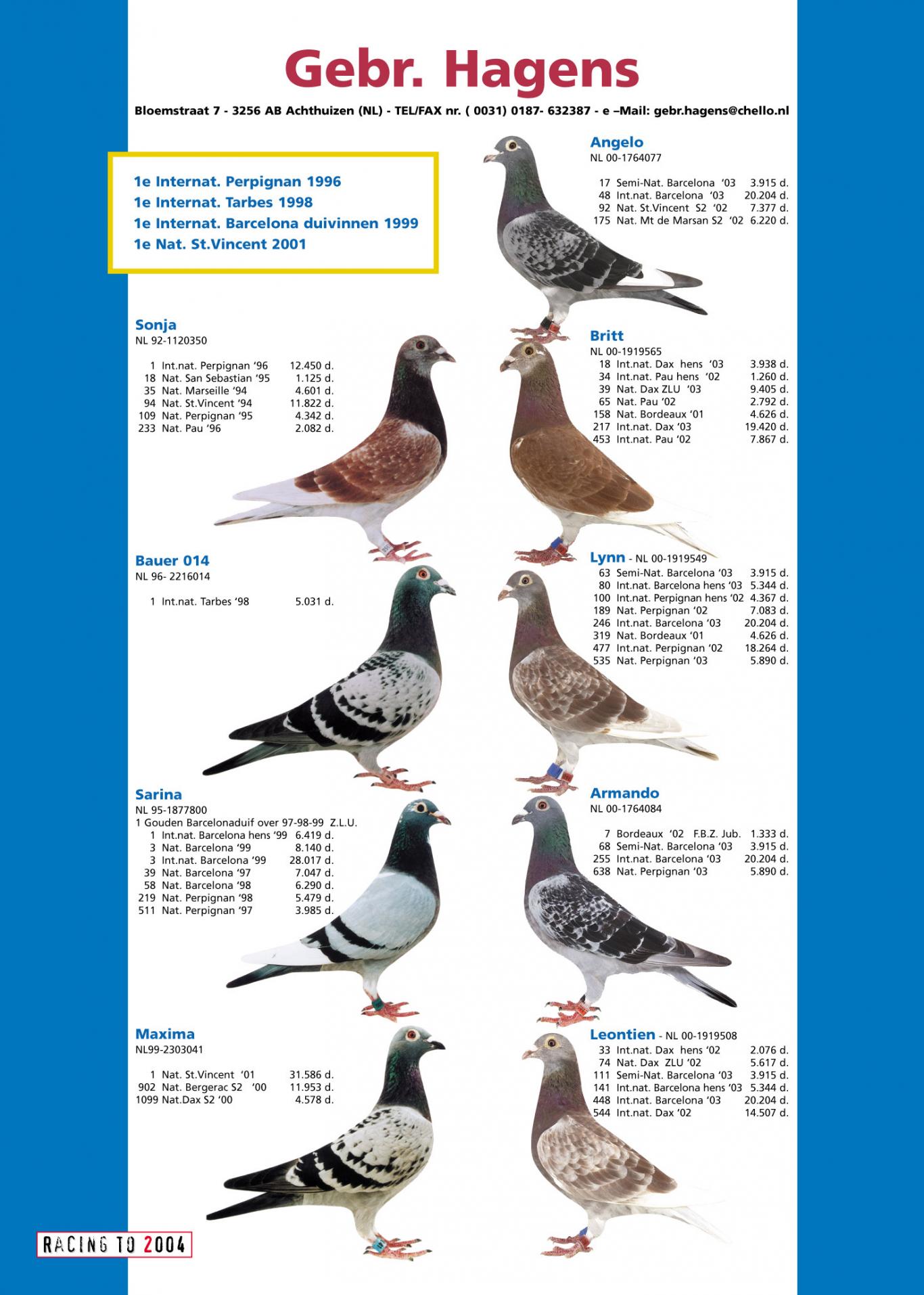