In the Netherlands the middle distance races for the old birds have now come to an end, from Argenton the winner was Tim Penders from Heerlen who won 1st in Sector 1B against 3,705 pigeons with his top hen “798”. She was the 1st nominated in the basket because of her performances of the past few weeks, but lost 3 minutes when she came home, luckily she had enough lead to still win. She has had this negative trait since a young pigeon and it is difficult for her to get rid of it. Even as a youngster she experienced something and came home injured on one of the last flights. Her crop was sewn up and she was left alone with a view to this season, she has not disappointed and has an excellent track record.

At the beginning of the season the hens raced together in total widowhood, but the cocks did not come well enough and it was decided to only race with the hens. The racing pigeons were allowed to raise the 2nd round of the breeders in the winter and afterwards went on widowhood. The hens train twice a day, at 6.30 in the morning and once more after work in the evening. They were darkened from the end of March until the end of May and then they were lit until the end of July.

In the field of nutrition they get Gerry Plus Black Label from Versele up to 200km. Up to 300km they also use this mixture until the last 3 feedings, then they switch to Champion Plus Versele and in the middle distance only Champion Plus is used. The most important extreme middle distance races are then given Energy Plus for the last few days. Two to 3 times a week they use wheat germ oil or garlic juice with vitamins over the food. When they return home and twice a week, Tollyamin Forte from Schroeder Tollisan is added to the drinking water. 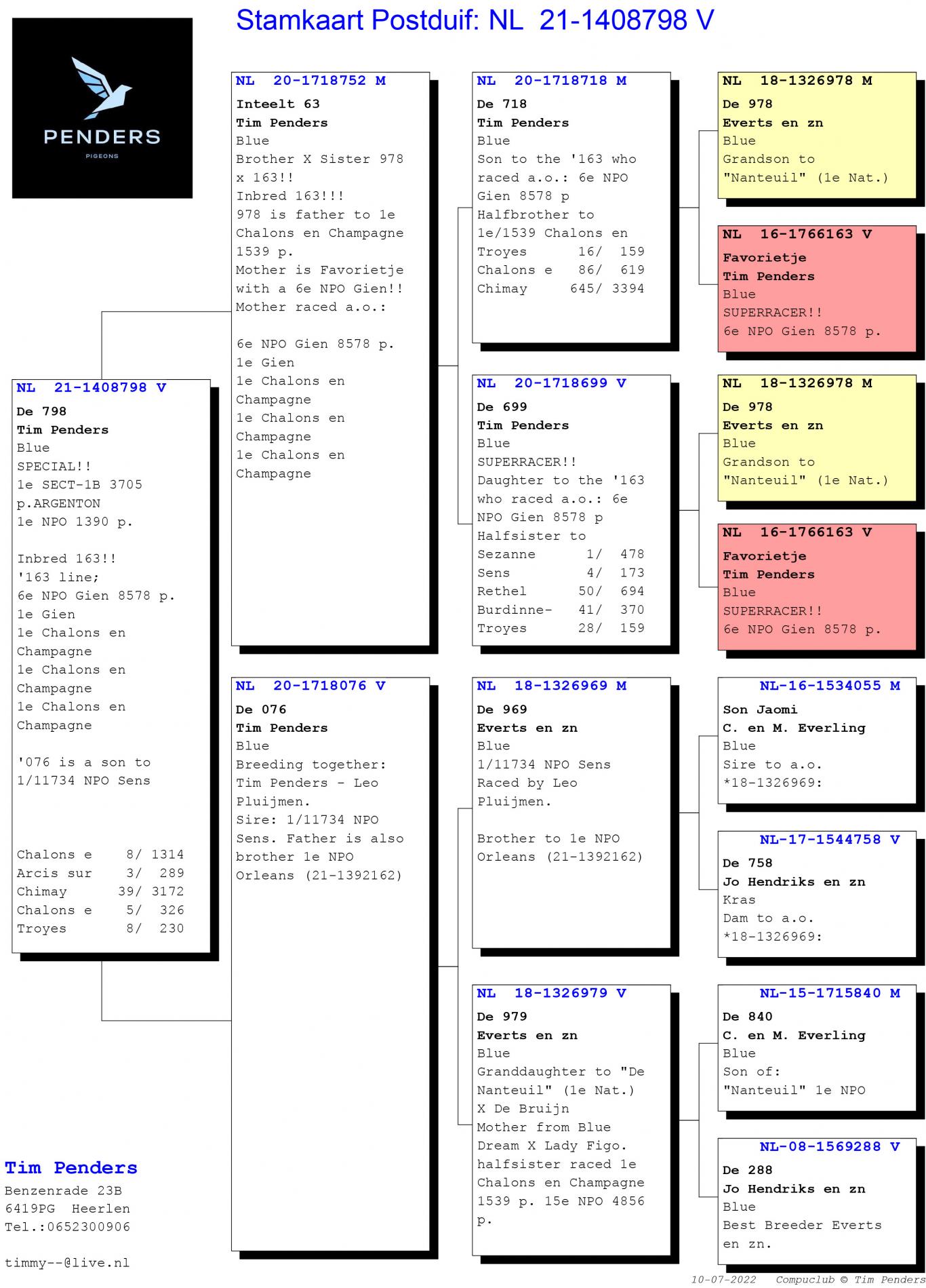 Tim, congratulations on this great victory from the entire HERBOTS TEAM.